Accessibility links
In 'Mesa' Video, The Women Of Cayetana Find Their Way Back To Each Other As the Philly trio prepares to release its first album on its own label, Plum Records, it shares a video that speaks to the band's self-determination and its members' reliance on one another. 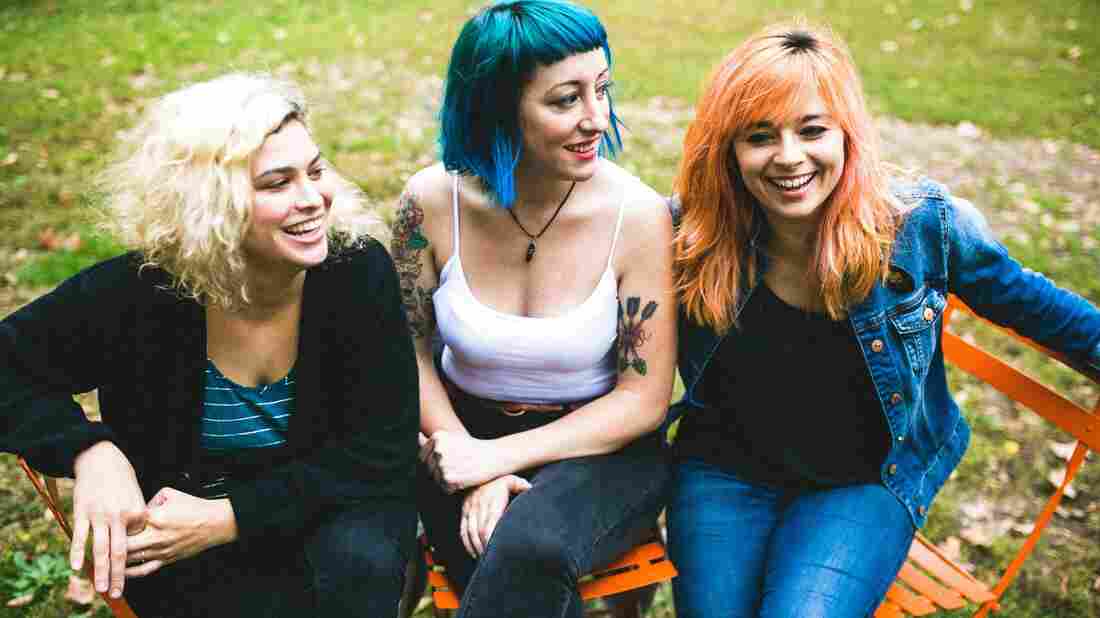 Cayetana's new album, New Kind Of Normal, will be released May 5. Jess Flynn/Courtesy of the artist hide caption 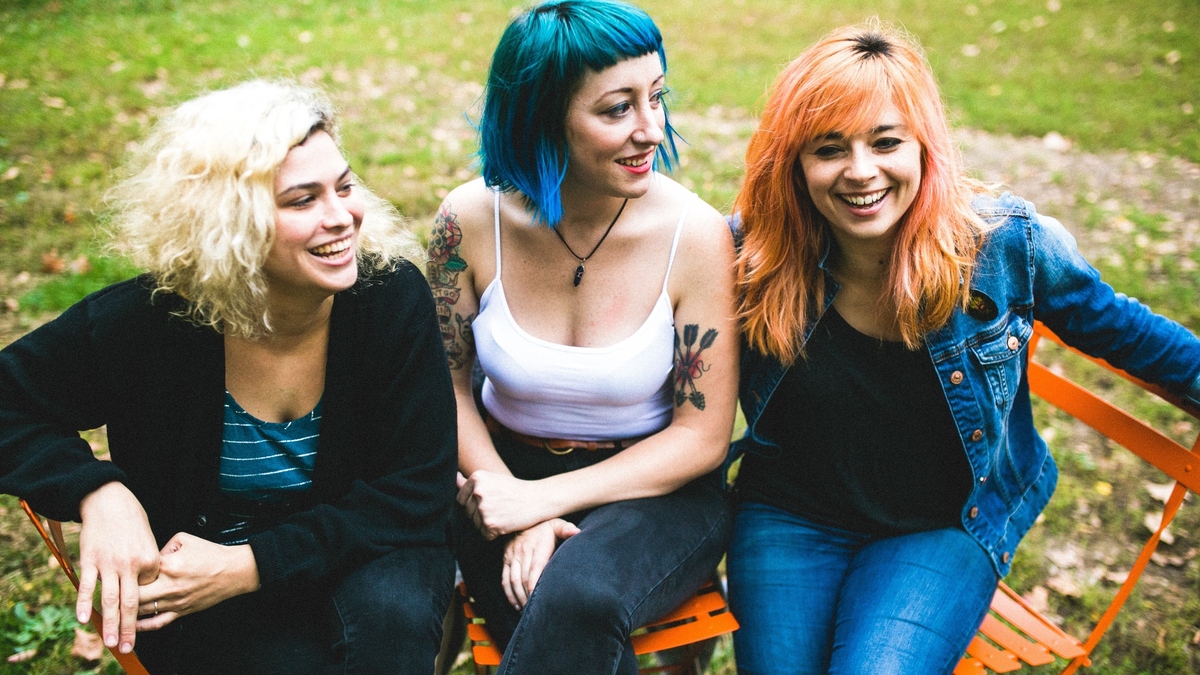 Cayetana's new album, New Kind Of Normal, will be released May 5.

Jess Flynn/Courtesy of the artist

Cayetana's "Mesa" is the kind of bouncy indie-punk song that will keep you tapping your foot while it breaks your heart. "We can only hurt ourselves for so long / We can only hurt each other 'til it all goes wrong," Augusta Koch sings. Her voice nearly cracks in desperation at moments in "Mesa," nearly veers into a growl elsewhere; Allegra Anka's basslines almost steal the show, while drummer Kelly Olsen supplies the reason for the aforementioned foot-tapping.

The first single from the Philadelphia trio's upcoming album, New Kind Of Normal, "Mesa" isn't entirely new; it was included on a split with Camp Cope in January. But the video for "Mesa," premiering here, adds another layer to the song's meaning. Beautifully shot, full of soft light and strange, dreamlike scenes, it reads as a testament to the power of collaboration between the three musicians.

Cayetana will be releasing New Kind Of Normal on Plum Records, a label the band started itself. "Starting Plum Records was born out of our realization that we thrive when we trust our instincts, and take decision-making and creative control into our own hands," the band says in an email to NPR. "For us, it was the best way to create art without compromise, on our own terms, in our own time, in our own way, and we hope to eventually extend that to other artists." The band says it has always seen itself as part of a larger context, as "a project that has the potential to be a vessel for something bigger than just our own work," and Plum Records, it says, is its way of continuing that mission. 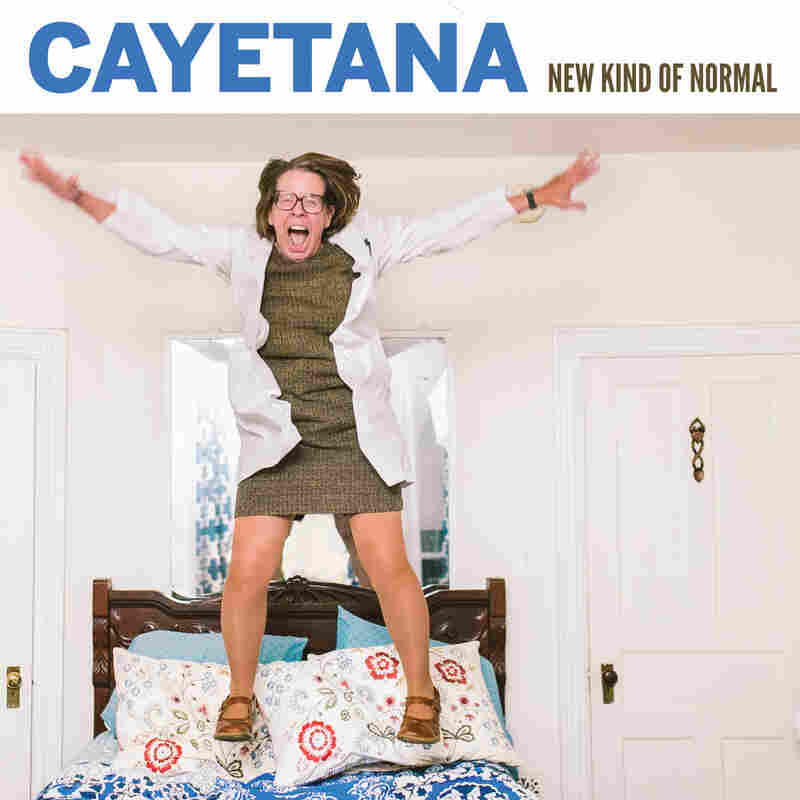 It's fitting, then, that the video for "Mesa" takes each member of the band on strange journeys that ultimately lead the three women back to each other. Near the end of the video, Koch gently cracks a smile as she glances toward her two bandmates, who return the gesture. It's a small moment, but it's touching, and reminiscent of the band's grander plans. Cayetana calls Plum Records "a look inward, and a look to the future," and that look — much like the way the women look at each other in the video — reflects the larger scale of the band's self-reliance, the three women's reliance on each other, and their belief in the creative power that can bring.

New Kind Of Normal comes out May 5 on Plum Records.