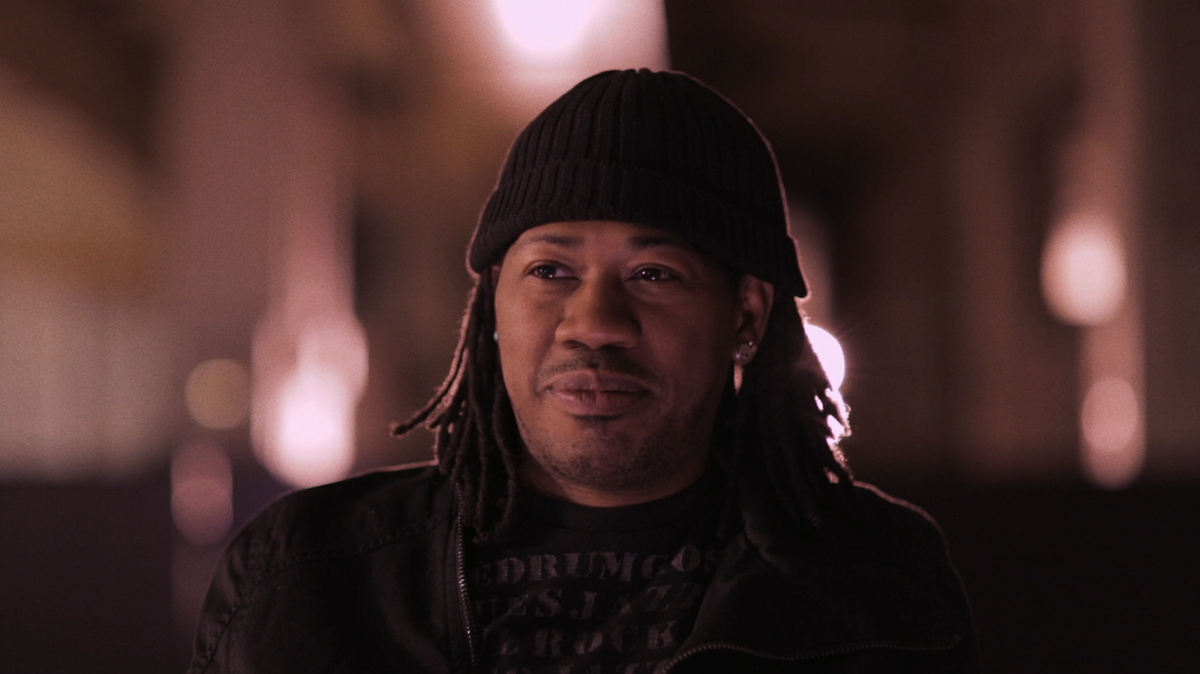 Bernie Van Vlijmen/Courtesy of the artist

In 1993, Ron Trent and Chez Damier, two young men in their early 20s and already dance-music veterans, founded Chicago's Prescription Records, applying a new audio-sensory texture to the city's exploding house scene. Half a generation on from that music's birth — after club DJs like Frankie Knuckles and Ron Hardy popularized house, the Hot Mix 5 on WBMX brought it to the radio, and artists such as Knuckles, Jesse Saunders, Marshall Jefferson and Larry Heard began experimenting and expanding its directions — Trent and Damier (born Anthony Pearson) produced a dozen or so 12" singles and EPs based on shared ideas about sound (soulful, atmospheric, intricately percussive) and the philosophical purposes of music (medicinal, palliative — hence the label name).

At the time, the formula of "deep house" had not yet codified into a genre; but if it has a founding text, you can find it on Prescription: Word Sound & Power, a compilation of early Trent and Damier productions and collaborations released on respected Netherlands label Rush Hour.

"History," one of the compilation's previously unreleased tracks — which, in Trent's words, "encapsulates the vibration of what we created, it celebrates that moment" — carries many of Prescription's hallmarks. A powerful bass-kick at its center; percussive syncopation (drum machines, hi-hats, tambourines, cowbells) swings around it; fragile and wobbly keyboard chords hang over the proceedings like sun-splashed clouds; while a pair of synths — one playing a figure akin to an abstract brass fanfare, the other a rolling rhythm — perform the song's central dance.

This type of flowing, continuous interaction of layered cadences in service to an expansive, soulful funk is Prescription's gift to house. It combined Trent's dub percussion and keyboard skills with Damier's first-hand experiences in Detroit (as co-founder of the city's seminal Music Institute club, and as label manager at Kevin Saunderson's KMS Records), and with their shared admiration for New York soundsystems, which could present the Prescription sound with controlled clarity. There's nothing like it.

NPR Music took the occasion of the release as an opportunity to ask Trent about Prescription, its sound and context in the broader culture of Chicago house music, and what part it may have played in founding a genre. 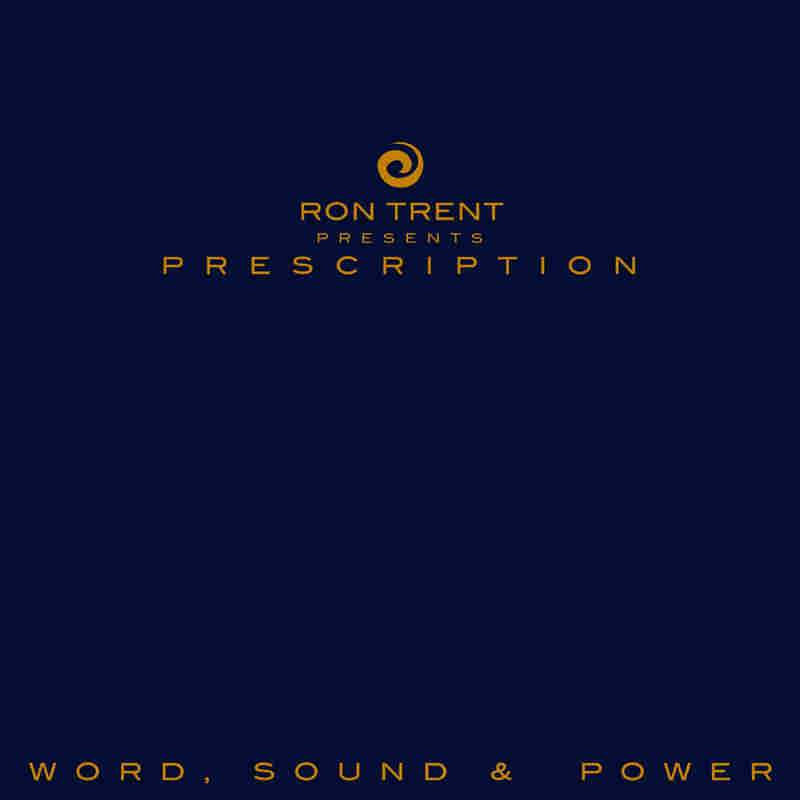 NPR Music: Can you give a little context to what it was like growing up in Chicago, as house music was formulating itself into a culture? Were you aware of it from a young age?

Ron Trent: Growing up in a disco environment, being a child of the '70s and exposed to jazz, soul, gospel, even rock — my folks had very open minds in terms of music — the focus wasn't so much in terms of genre, as what sounded good. When I was exposed to what we now call house music, it was more about a DJ-oriented culture that was mysterious a bit, a street-level culture that was being advanced. As Robert Williams describes, it only became house music when people actually started producing the music, when it actually had a formula, the recipe. Like, "this is house music, this is what it sounds like." As a guy coming of age then, the wonder years, it was a part of my soundtrack; it defines who I am. I actually started playing records when I was nine, and by the time I was 14 years old, I was dabbling around with making my own tracks. I had a background in playing percussion and playing keys just from wanting to be a musician, so going from those instruments to playing around with drum machines was pretty normal. I would say that by the late '80s I already felt comfortable with what my perspective was in terms of making this music.

And what was that?

I like a lot of atmospheric, ethereal-type stuff and highly percussive world music. That comes across in my music. I was exposed to various types of African culture when I was growing up, and being a percussionist, it comes out that way. I like spiritual music. I was raised on Black Jazz — that label was very prevalent in my household. So, free jazz and spiritual jazz, that's kind of me. When we first started out, house music was an experimental forum, maybe mix this with that, using keyboards and MIDI and so on. Like "OK, this is how my feelings come out through these electronics" With Prescription that's basically what Chez and I were doing too. Us meeting and working together was an experiment too. I met Brother Chez here in Chicago, through Carl Bias (of Master C&J, produced Liz Torres, some of the bigger earlier Chicago hits that were also big New York hits, like "Face It" and "No More Mind Games"). He called me up one day and said, "This guy Chez is at my house, and he wants to meet you." Carl lived down the street, so Chez came by, we talked and it happened real fast. Next thing you know, I mean a week or two, we were in Detroit recording in Kevin Saunderson's lab, and the first tune we did was a tune that became pretty big for us "Don't Try."

How was your approach to sound with Prescription different from what your colleagues were doing?

What we did with Prescription was to take the perspective of being inside the sound versus creating the sound — or, creating the sound while being inside of it. What does it feel like? What does it look like? It was headspace —"how does it feel to step inside of it?" That's also, more or less, what a good soundsystem is about. As David Mancuso would say, it's the historical image of sound, where you actually see the piano player, see the drums, focus on the stereo image, able to walk inside of these songs. Robert Williams, who got a lot of his cues from The Loft, would say that going there was the first time he would experience songs as alive, experience their richness, their organic elements. And when we were approaching Prescription, we wanted to take you to those places, the places in our minds, our experiences.

So, aesthetically, this is the depth of sound that inspired the tag – and now genre – deep house.

Well, as it relates to deep house. That term really comes from a different kind of aesthetic. It's not that it's deep and moody. That was just a phrase we used back in the day to describe music that Frankie and Ronnie were playing. Back then too, on an urban level, people had this perspective that house music was Traxx and electronic shit, because you had the guys who were playing on WBMX, playing kind of Italo-disco and stuff from Europe. But that was considered, you know, eccentric. The stuff that Ronnie and Frankie were playing was disco and jazz and underground stuff, the non-accessible stuff. So we called that deep house. It was a term to describe records that were obscure — an obscure sound, an underground sound. It was a Chicago street term, urban jargon. It was the shit that you don't hear every day, disco stuff, records that probably David Mancuso was playing at The Loft that Frankie heard as a teenager, and who then introduced these to the Chicago market. You have to remember that The Warehouse was a predominantly gay club, Music Box moved into a gay and heterosexual time, so they were this mystery for the average urban Chicago kid. When we related to music that was obscure or weird or mysterious, it was called deep house. But then the media got a hold of it, and the genre took on a life of its own.