Accessibility links
Are Cyborgs In Our Future? 'Homo Deus' Author Thinks So Yuval Noah Harari expects we'll soon engineer our bodies in the same way we design products. "I think in general medicine ... will switch from healing the sick to upgrading the healthy," he says. 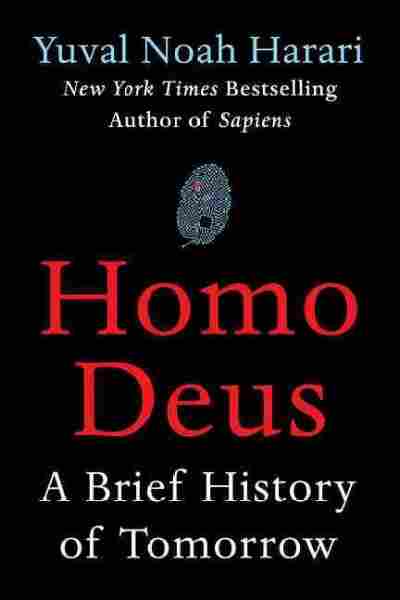 A Brief History of Tomorrow

The human species is about to change dramatically. That's the argument Yuval Noah Harari makes in his new book, Homo Deus: A Brief History of Tomorrow.

Harari is a history professor at Hebrew University in Israel. He tells NPR's Ari Shapiro that he expects we will soon engineer our bodies and minds in the same way we now design products.

On how we will begin to engineer bodies

And then the third and most extreme path is to create completely inorganic beings not even needing an organic brain, but using instead artificial intelligence.

I think in general medicine in the 21st century will switch from healing the sick to upgrading the healthy. ... If you find ways to repair the memory damaged by Alzheimer's disease or dementia and so forth, it is very likely that the same methods could be used to upgrade the memory of completely healthy people. And if you find ways to connect brains and computers, you can rely on memory's immense databases outside your own brain. We are starting to do it, in a way, with our smart phones and computers, but what we may see in coming decades is humans actually merging completely with their smart phones and computers.

Are Our Devices Turning Us Into A New Kind Of Human?

Can A Computer Change The Essence Of Who You Are?

It's likely that all the upgrades, at least at first, will cost a lot and will be available only to a small elite. So for the first time in human history we might see economic inequality being translated into biological inequality. And once such a gate opens, it becomes almost impossible to close it because then the rich will really be far more capable than everybody else.

One thing that we need to do is start thinking far more seriously about global governance because the only solution to such problems will be on a global level, not on a national level.

Actually, of course, in the last year or two we are seeing a retrograde movement away from globalist thinking and into more nationalist and isolationist thinking, and this is very dangerous. I mean, traditionally, people said that nationalism is dangerous because it leads to war. But now nationalism is far more dangerous because not only it leads to war, it also may prevent us from having any effective answer that can help us cope with dangers like the rise of artificial intelligence or the implications of bioengineering.