McMaster, An Iconoclast, Confronts A Job Bound By Political Realities

McMaster, An Iconoclast, Confronts A Job Bound By Political Realities 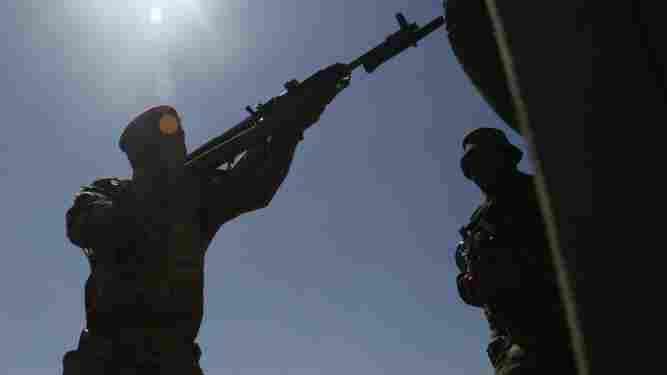 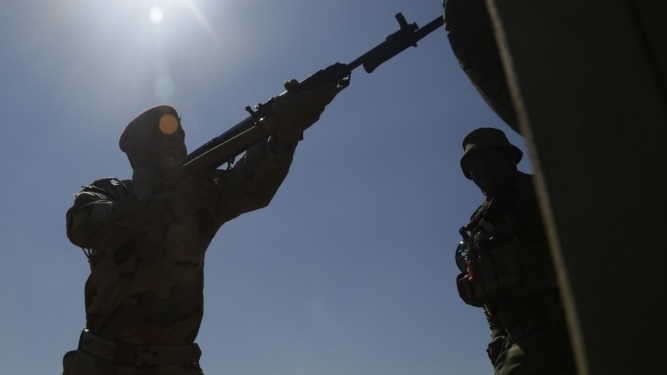 An Iraqi soldier trained with a bayonet at Camp Taji last year. The American strategy for fighting ISIS relies heavily on training and these equipping local fighters.

Trump's announcement of McMaster was met with widespread acclaim by the Washington national defense establishment, including from people who are not particular fans of Trump's.

The array of challenges facing the president and his new top assistant is so vast, however, and the amount of room they have to maneuver so comparatively small, the White House may struggle even if it gets control over its own internal clashes over power and access to the president.

The outside world, at very least, does not appear likely to cooperate.

"What we might call our holiday from history in the post-Cold War period is over," McMaster said last spring in an appearance at the Center for Strategic and International Studies, a Washington think tank.

He quoted a historian connecting the events of today's era to those of 1914 — the year the assassination of Archduke Franz Ferdinand exploded into World War I — as "really making the point that geopolitics is back."

If global geopolitics is "back" and history has resumed (after "ending" for a time after the fall of the Soviet Union, in the construction of Stanford expert Francis Fukuyama), American domestic politics haven't gone anywhere. And that constraint may be the greatest brake on Trump's and McMaster's ability to make major changes in the strategic direction of the United States.

The White House does have some options. Trump's aggressive — if vague — rhetoric about the war against the Islamic State has bought McMaster a political rain shadow, at least at first. Trump vowed to "knock the hell out of 'em" and step up operations in Iraq and Syria, without giving detail. He also has abandoned former President Barack Obama's onetime pretense that American forces weren't "in combat," even after the deaths of troops in Iraq and Syria.

So as McMaster, Defense Secretary James Mattis and other leaders plot the "aggressive" new approach for ISIS that Trump wants, they have room to run that their predecessors did not. That could mean more weapons, more special operations troops closer to the fight against ISIS, reduced safeguards for civilians or other revisions to the current rules of engagement.

Pentagon officials have also signaled they might consider recommending new deployments of combat forces to Iraq or Syria as part of the "review" Trump requested. But Americans have almost no appetite for a new large-scale foreign adventure as Syria, Iraq and Afghanistan continue to smolder.

In 2013, Obama stepped right up to the brink of ordering a major U.S. military attack against Syria — then stopped. Obama had the power as commander in chief to order American forces into action, he decided, but he wanted Congress to authorize it. Lawmakers considered his request for about as long as it took to sweep it under the Capitol rug. 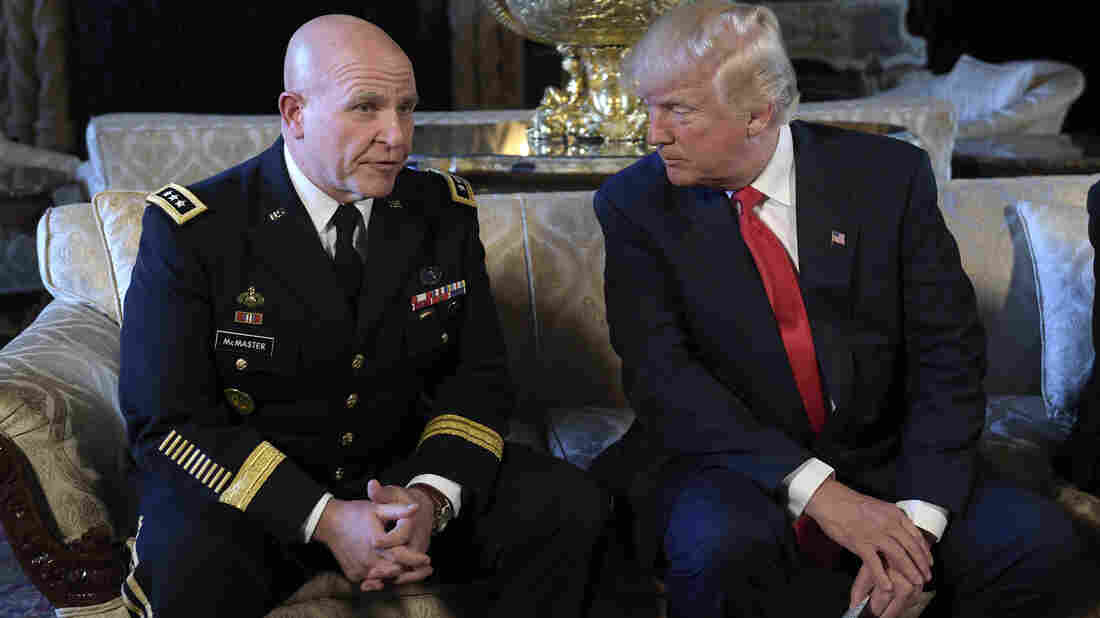 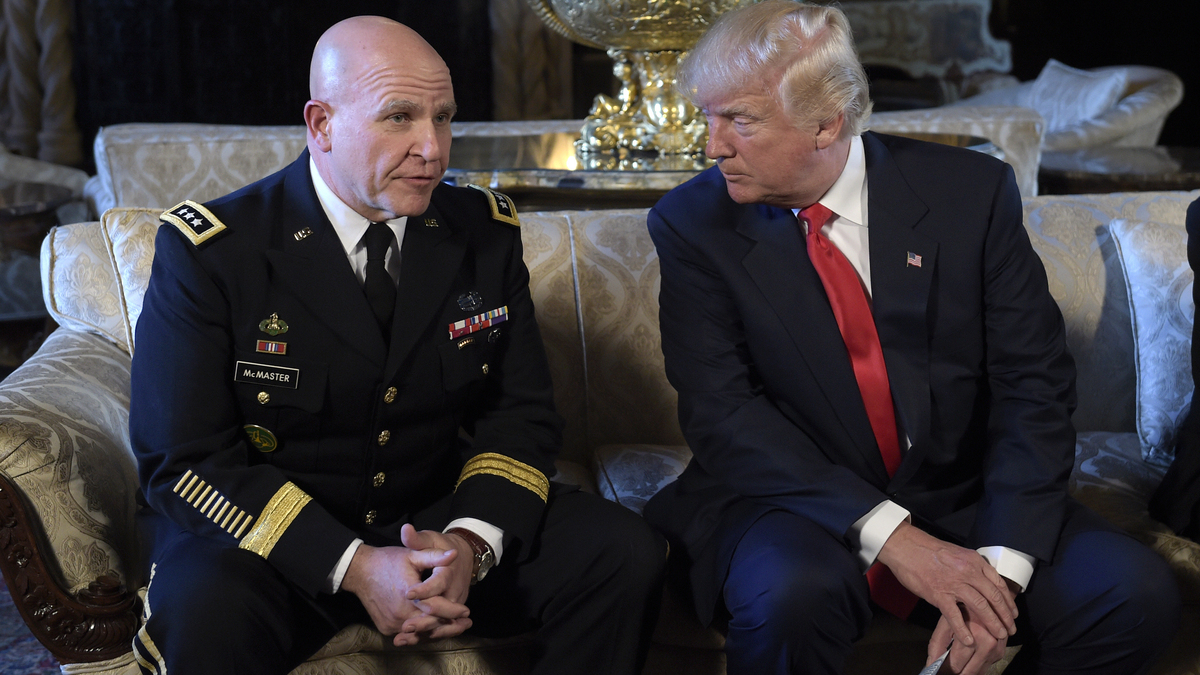 Unless Trump makes a case to Congress and voters that changes those attitudes, he and McMaster could remain locked into a version of Obama's approach to the war — providing air power and other support to local forces in Iraq and Syria.

(The irony of McMaster picking up Obama's strategy is that it embraces at least three of what McMaster has called the Pentagon's four latter-day "fallacies" of war: an overreliance on precision airstrikes supported by high-tech surveillance; an overemphasis on special operations forces; and a preference for the use of indigenous troops over Americans.)

As for another of Trump's desires — closer collaboration with Russia against ISIS in Syria — that door may already have closed. Mattis said flatly in Belgium he thought nothing beyond a political accommodation was practically possible for now. And McMaster — who began his career deployed to West Germany, buttoned up in a tank prepared to fight the Soviet 8th Guards Army — is not known as particularly sympathetic to Moscow.

He has, however, acknowledged the political bounds of what Americans will countenance. McMaster was asked at his CSIS talk whether there was any Pentagon hardware or system that could offset the limited troop commitments that voters might tolerate: "No," he said. "There's no technology that can do it."

Global politics are another factor. Vice President Pence, Mattis and Secretary of State Rex Tillerson all took turns reassuring America's European allies last week at the Munich security summit in Germany — but there are many signs it didn't sink in.

The European leaders heard the soothing words of the administration leaders. But they can't forget the campaign bluster of Trump, who amplified a long-standing bit of U.S. foreign policy boilerplate — NATO nations must make good on their defense spending commitments — into what sounded like a full-scale assault on the alliance itself.

McMaster is a huge advocate for American relationships, especially in the context of the European frontier with Russia.

"Allies are pretty darn important, right?" he said at the CSIS event last May. "Especially at these far reaches of American power. Especially when hoping to deter these revisionist powers. And so really what we want to do is prevent conflict, and our allies are essential to doing that."

McMaster and Trump may be able to square their views inside the Situation Room, but the problem, as NPR's Soraya Sarhaddi Nelson reported, is that at worst, the Europeans are already terrified. At best, they are confused.

German Chancellor Angela Merkel did not take a direct shot at Trump, but she and others asked rhetorically which worldview from Washington they should believe.

"Will we be able to continue working well together," as Merkel asked, "or will we all fall back into our individual roles?"