Accessibility links
Wisconsin Democrats Who Voted For Trump Reflect On Administration So Far President Trump won over Democrats in rural Wisconsin in 2016. Looking at Trump's term so far, one Democrat worries she will regret switching parties. Another says she will be voting GOP from now on. 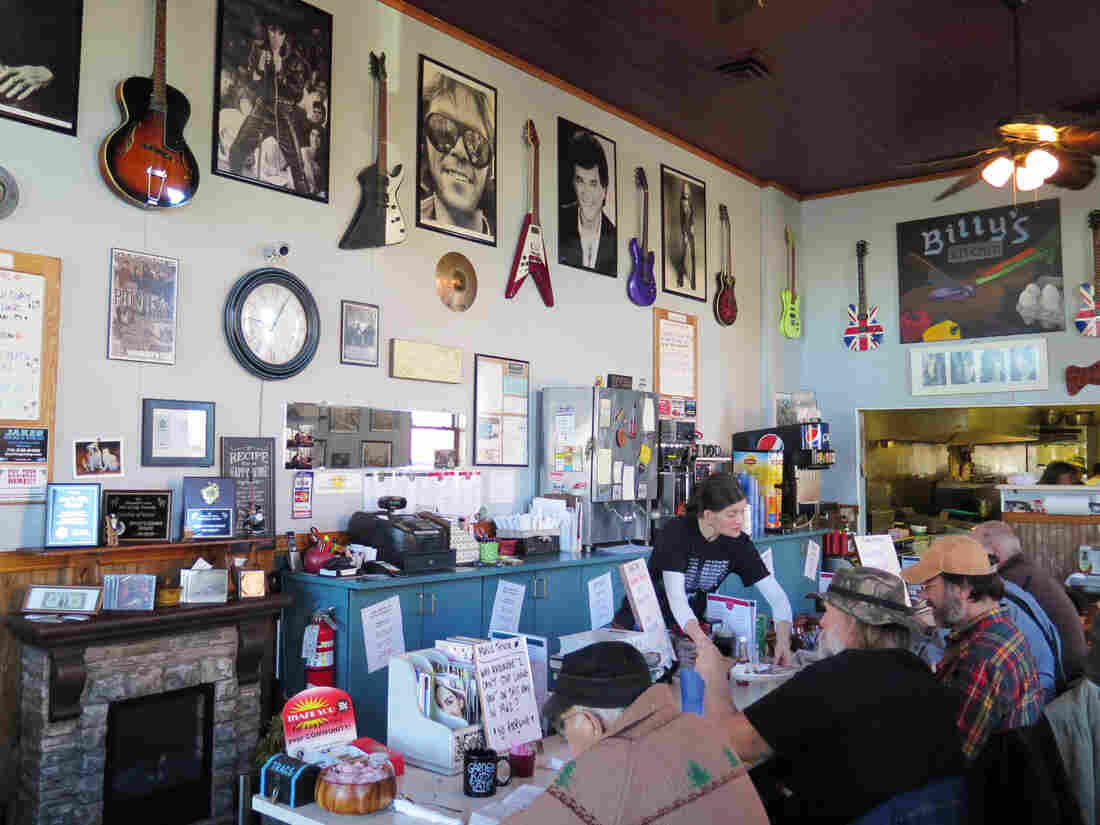 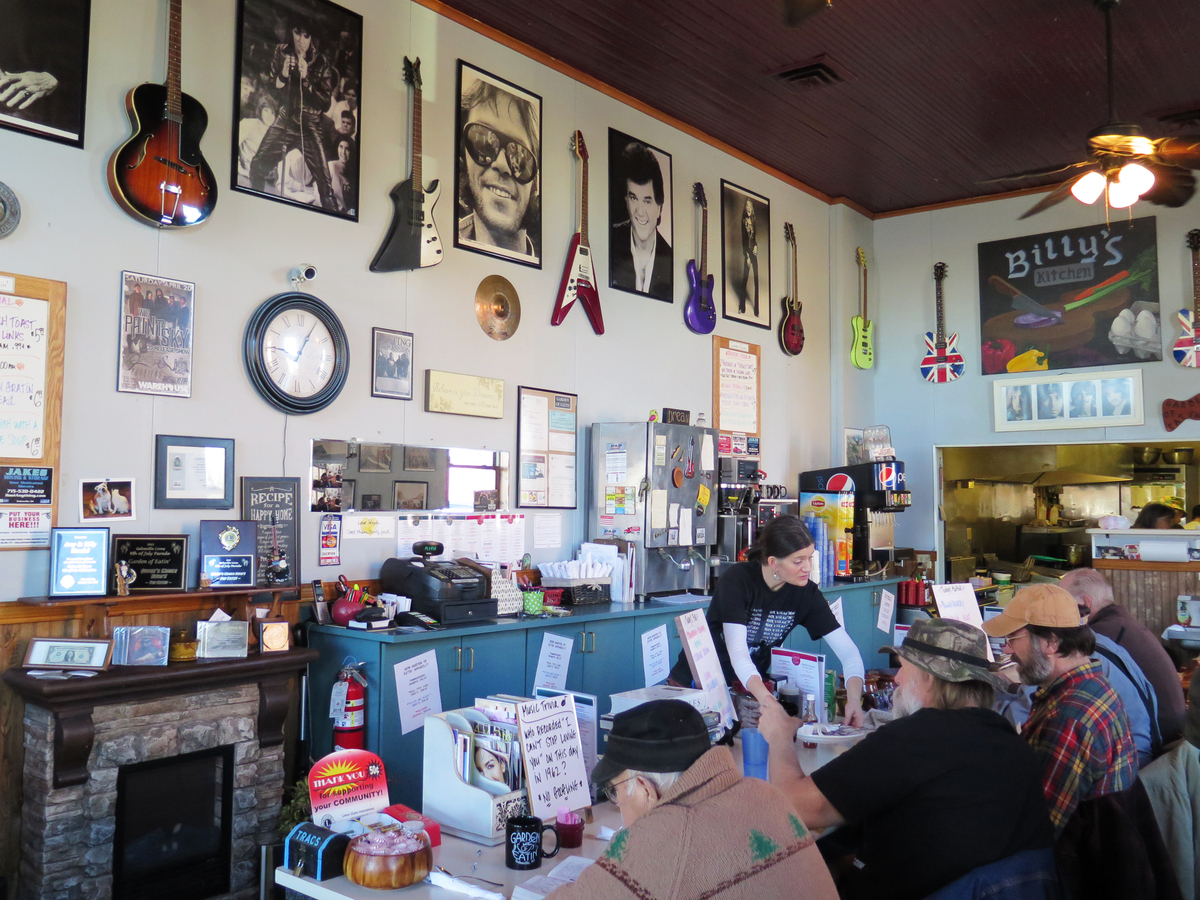 The Garden of Eatin' diner is in Galesville, Wis., where many Democratic voters decided to vote for Donald Trump during the 2016 election.

Democrat Michelle Frankard of Wisconsin voted for President Trump, and she's hoping she won't regret it.

At the Garden of Eatin', a bustling diner in picturesque Galesville, Frankard is having breakfast with her adopted father, Ken Horton. A dozen shiny electric guitars line the walls, each next to a black-and-white framed poster with the likes of Johnny Cash and Janis Joplin. The deep-seated booths host a variety of regulars and those just passing through.

Frankard, a 53-year-old mother of two, voted twice for Obama before choosing Trump during last year's election. She says Obama lost her vote because of big spending. Trump won it with his talk of law and order and the promise of bringing more jobs.

But she is worried.

"He said he was going to do better for us, but he's not really doing it, is he?" she says. "That's a disappointment, and it also puts fear in people because they are thinking, well, what is next? Are we going to lose our Social Security? ... Are we going to be ending up on the streets without health care? What's next? And that's where fear comes into play."

Her 68-year-old dad is a Republican all the way. He says he wants to be excited for Trump's first few weeks in office — because he wants to see him succeed — but he is concerned, too.

"My concern has been the last week or so his decisions and people resigning off of his staff and his secretaries, and I just want to see good people in office," he says.

If Trump doesn't succeed, Frankard jokes, she might go back to voting as a Democrat. 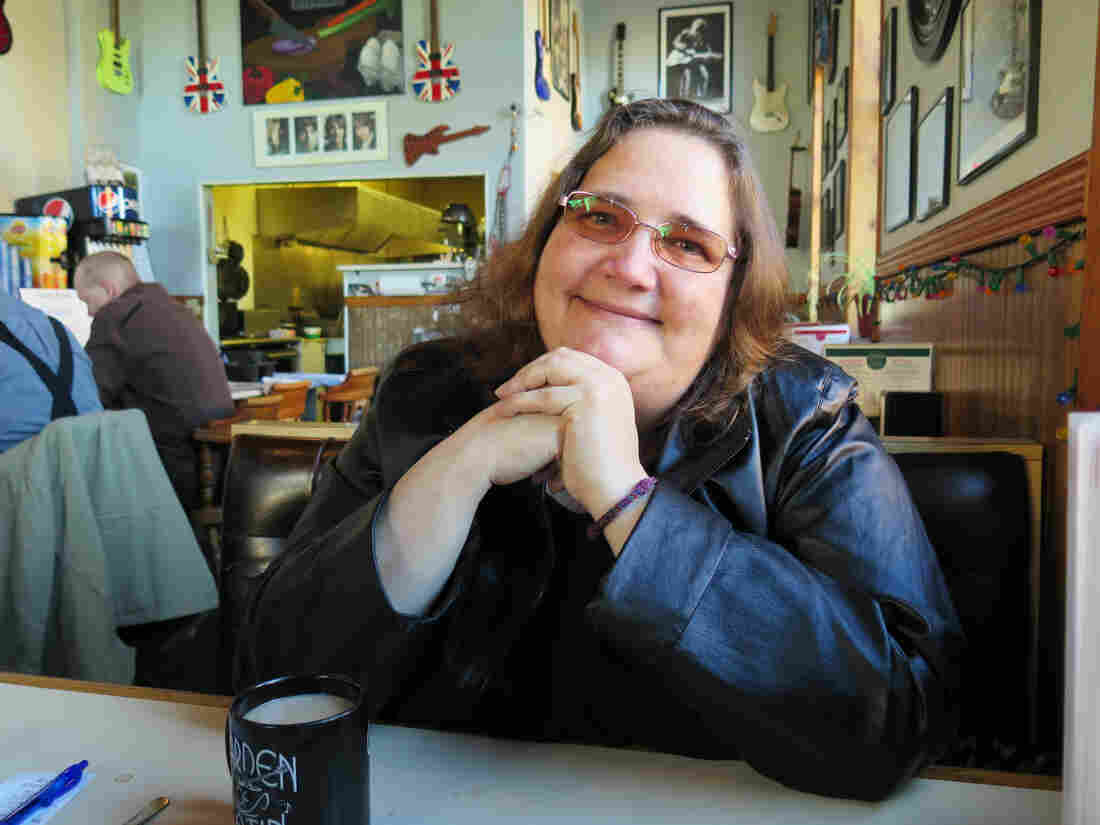 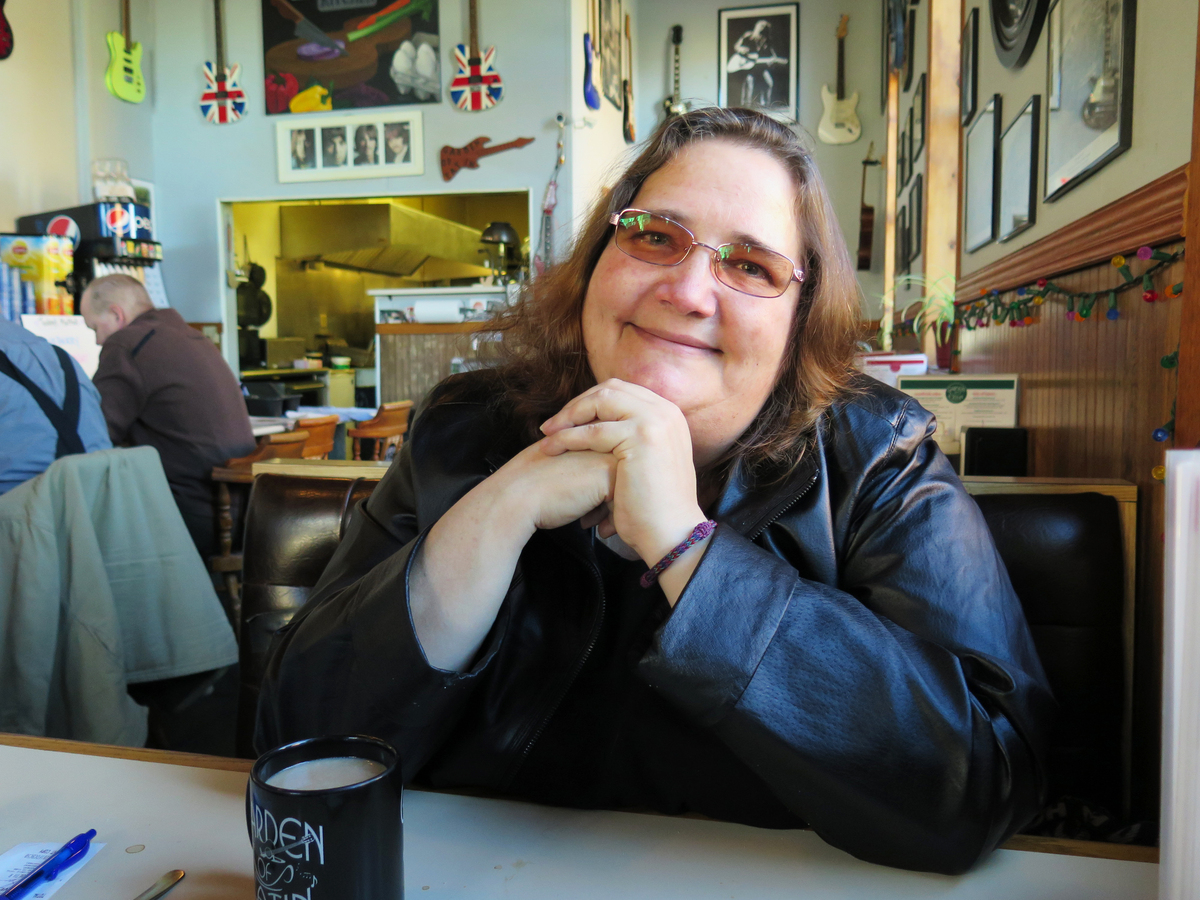 This vacillation is not surprising. Craig Gilbert, political writer for the Milwaukee Journal Sentinel, says Wisconsin is really a purple state masquerading as a blue one, and that rural districts in the north and west tend to swing wildly in presidential elections.

But Brandy Holter, 32, says her shift away from the Democratic Party is a permanent one. For the past 11 years, this busy mother of four has lived in the town of La Crosse, about half an hour from Galesville. Holter, much like Frankard, voted for Trump after choosing Obama twice before.

"The first time I was like, 'Oh – we are going to make change, this is going to be great. This is a historical vote and I am going to vote for Obama and see how things go,' " she says. "The second time around I was like, 'Well, he really did not do too great the first time — I am going to chalk that up to people opposing everything he wanted to put out, and we will see if he can make a difference this time around.' And then he did not make a difference the second time around."

Unlike Frankard, Holter says she is "done voting for Democrats."

"They want to hand out too much free stuff and nobody wants to work anymore, and our system is being taken advantage of because of it," Holter says. 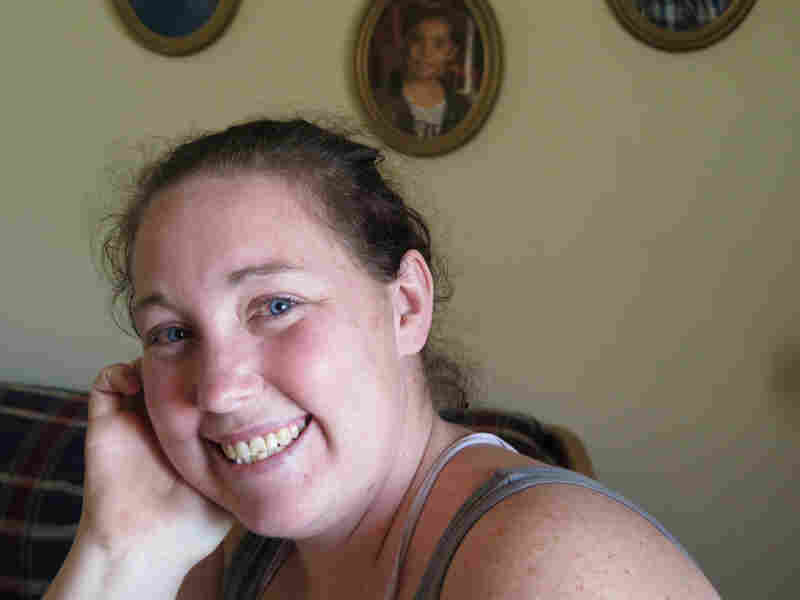 Brandy Holter of La Crosse voted twice for former President Obama, but says she will be voting Republican from now on. Monika Evstatieva/NPR hide caption 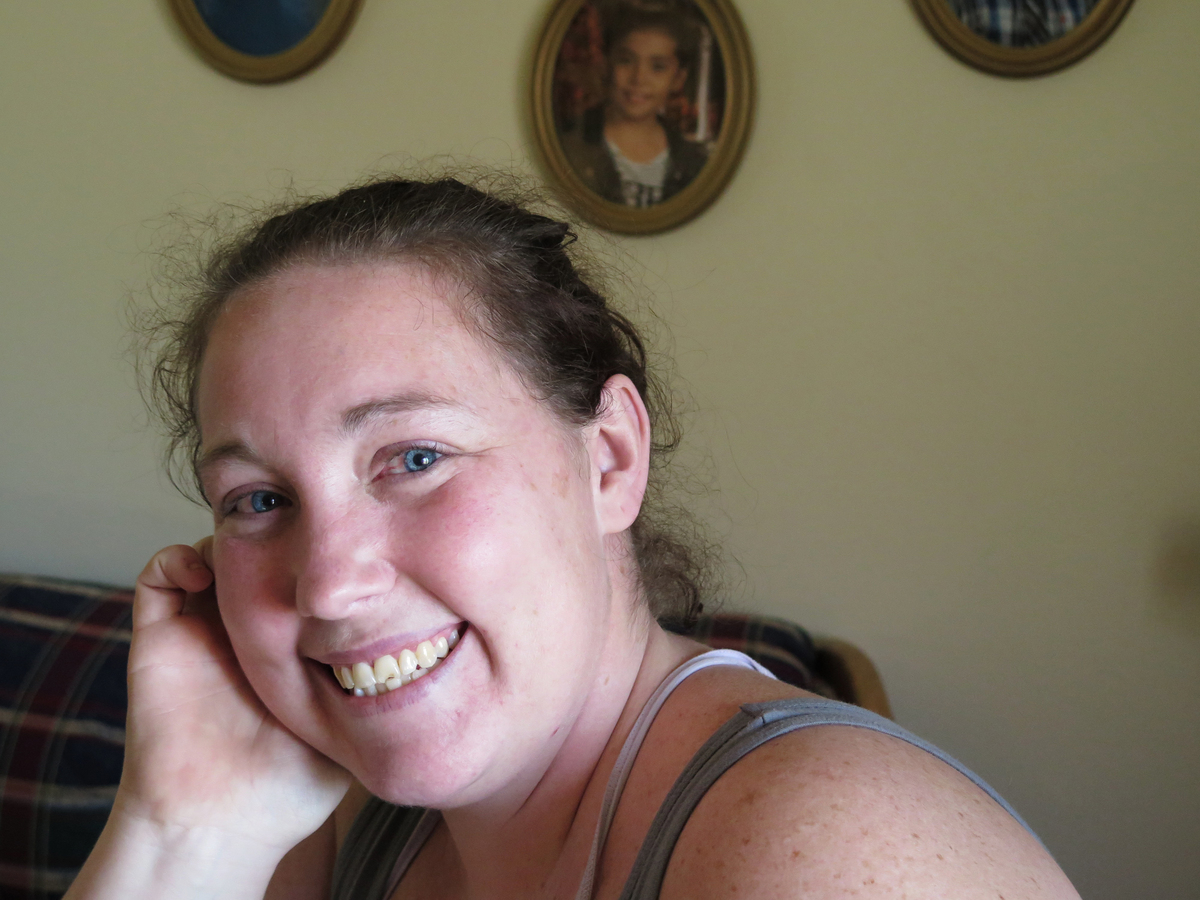 Brandy Holter of La Crosse voted twice for former President Obama, but says she will be voting Republican from now on.

She is very pleased with Trump's performance so far.

"He's actually doing what he said he was going to do," Holter says, "[with] the pipelines and trying to secure our borders. He is actually doing stuff, and he has only been in office for not even a month. That's a big deal — that's a big step for a president."

Other Trump Democrats could go the way of Reagan Democrats a generation before them.

Reagan Democrats were white, without a college education and politically moderate. In 1980 these voters — in states like Ohio, Michigan and Pennsylvania — crossed party lines to cast votes for then-candidate Ronald Reagan in his massive defeat of Jimmy Carter.

The demographics of the Trump voters in many ways echo that of the Reagan Democrat. But Trump's election win over Hillary Clinton wasn't nearly as decisive as Reagan's.

And even Reagan Democrats swung back to their original party to elect Bill Clinton in 1992.

Holter's congressman, Democrat Ron Kind, is hoping this will happen again. Kind, who represents Wisconsin's 3rd District, says his constituents are looking to find good-paying jobs that will support not just themselves but also their families and their children. 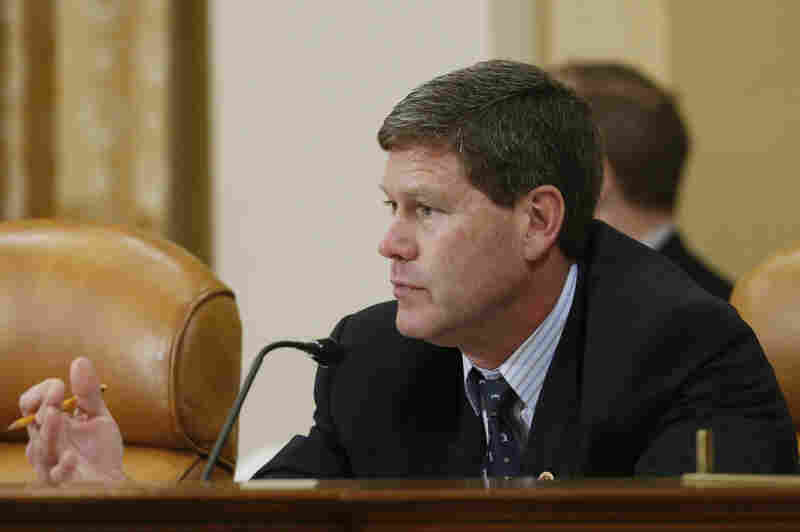 Democratic Rep. Ron Kind of Wisconsin, seen hear testifying before Congress in 2013, is hoping Democrats who voted for President Trump will swing back to his party in the next midterms. Charles Dharapak/AP hide caption 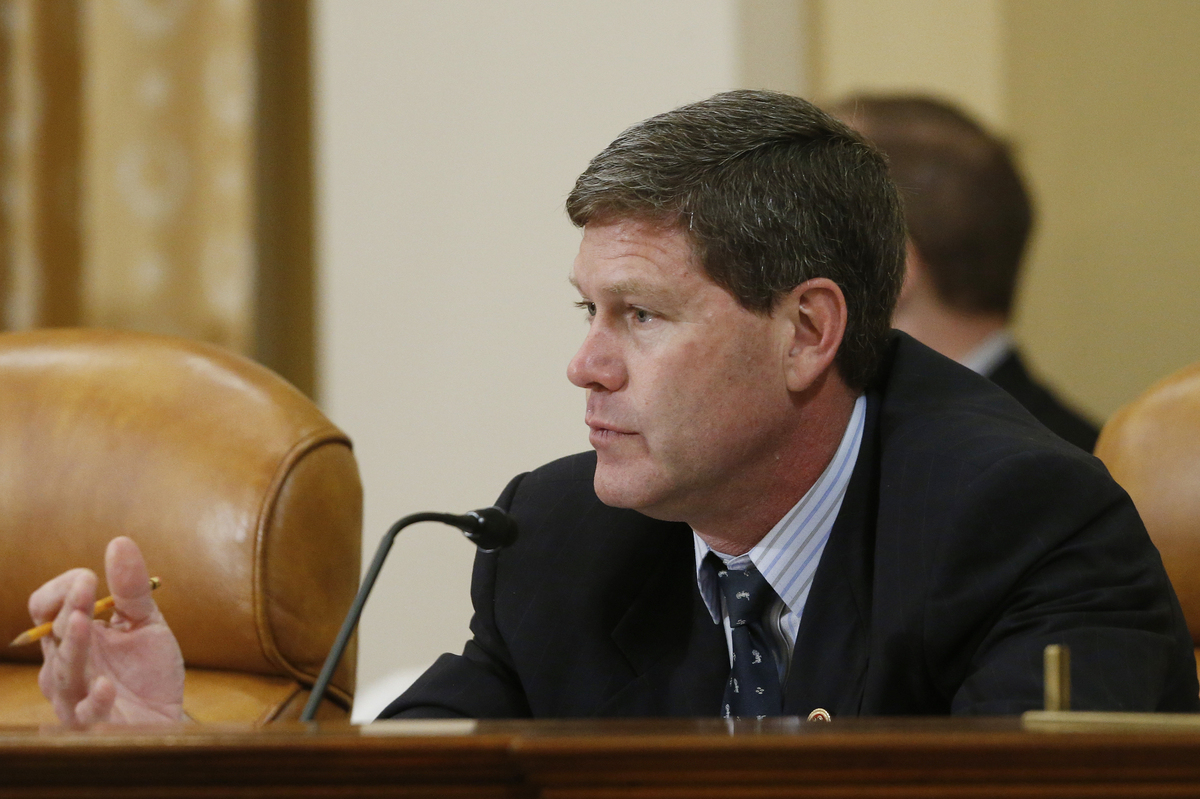 Democratic Rep. Ron Kind of Wisconsin, seen hear testifying before Congress in 2013, is hoping Democrats who voted for President Trump will swing back to his party in the next midterms.

People want to know how they fit into that system, he says, and they're asking themselves, "Am I going to have the tools, the skills, the education in which to compete in this global economy?"

Neither party has found a way to address those concerns, Kind says.

Democrats need to do a better job reaching out and listening to rural Americans, he says, but Trump's actions will also play a large role in public opinion.

"The idea of blocking and just blaming everything on President Obama or Obamacare or what have you, that ain't going to fly," Kind says. "They're going to want to see some results being produced ... [like] how Republicans are going to approach the reform of the health care system without it adversely affecting their lives back home. It's going be, I think, a key test. Whether or not they're going to be able to revitalize these rural economies with good job opportunities, I think, is going to be another key test."

If Republicans don't deliver, Kind says, he can see the voters swing back as early the next midterm elections. Yet Kind himself is now a target. The National Republican Congressional Committee has placed his longtime Democratic-leaning district on the list of 36 House seats they hope to flip to their side in 2018.