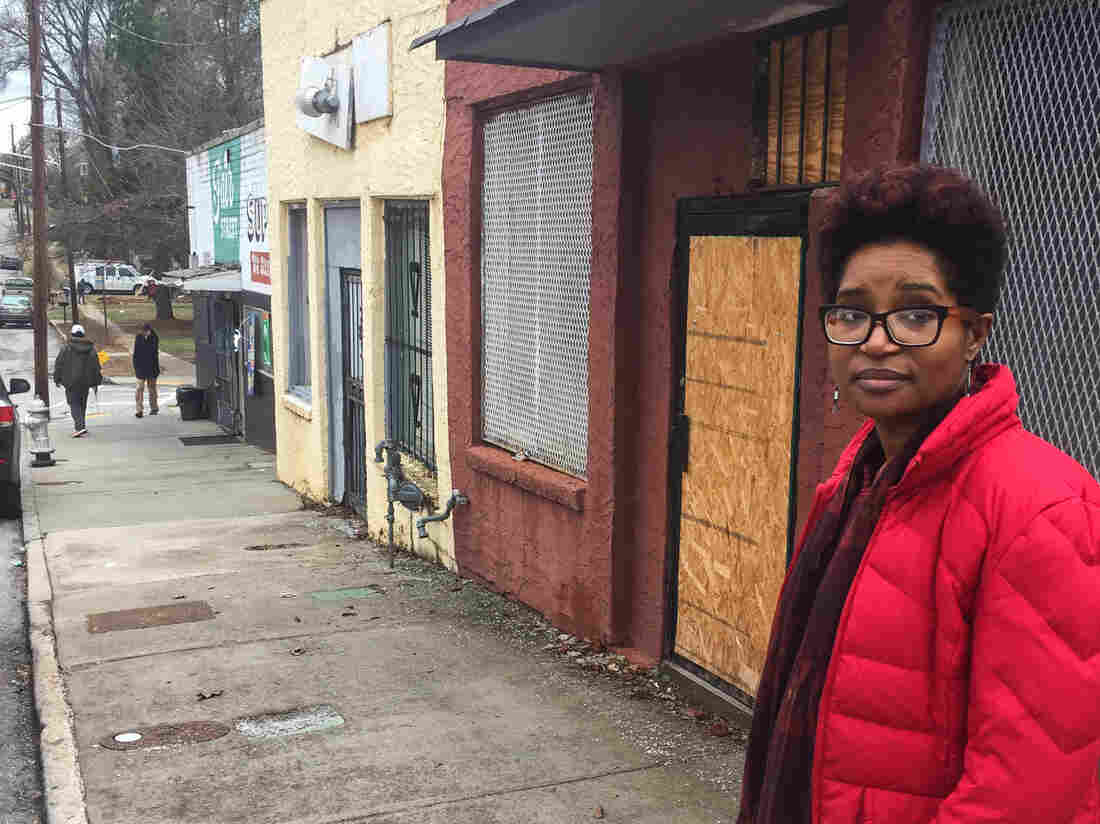 Keitra Bates stands in front of the building she plans to turn into Marddy's shared kitchen and marketplace. Debbie Elliot/NPR hide caption 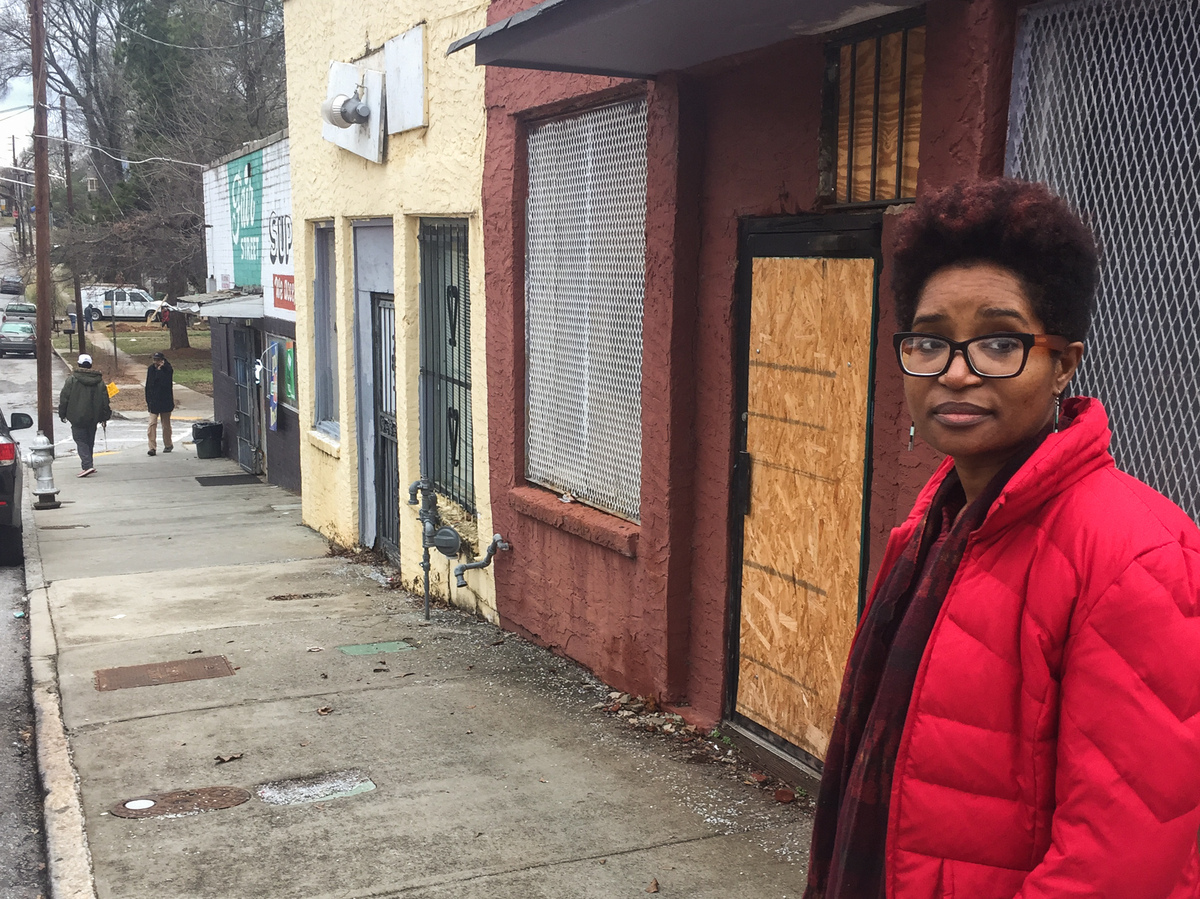 Keitra Bates stands in front of the building she plans to turn into Marddy's shared kitchen and marketplace.

Keitra Bates is standing in front of an empty storefront on Atlanta's Westside. The walls are yellow-painted stucco over cinder blocks, with iron bars on the windows and doors, and a small side yard littered with abandoned tires. A corner store, the Fair Street Superette, is next door.

The building is just a few blocks from the grand, leafy campuses of historically black colleges Morehouse, Spelman, and Clark Atlanta. A giant new sports arena is rising downtown, less than 2 miles away. But it's here in the Ashview Heights neighborhood, among the boarded-up houses and vacant lots, that Bates sees hope.

NPR is talking with Americans about their hopes during the first year of the Trump administration, and Bates has an ambitious one. She wants to open a new business in this blighted neighborhood. Her mission: to preserve regional culinary traditions.

She plans to convert this rundown building into Marddy's, a shared commercial kitchen and marketplace for home cooks to make and sell their goods.

" 'Discover the flavor of the neighborhood' is what we're trying to do with Marddy's," she says.

Bates says here on the Westside, home cooks have traditionally sold cookies, pies, salad dressings and other foodstuffs at barbershops, salons and local businesses. But as the area gentrifies, she says, those businesses are replaced with new ones that appeal to the newcomers, and the marketplace for the home cooks vanishes.

"Because they don't know about this cultural phenomenon," she says. "Then this whole economy just gets ghosted."

Bates knows firsthand how quickly a neighborhood like this one can change. She ran a pizzeria nearby, until the street where it was located was "revitalized" enough to attract a new landlord, who raised her rent. 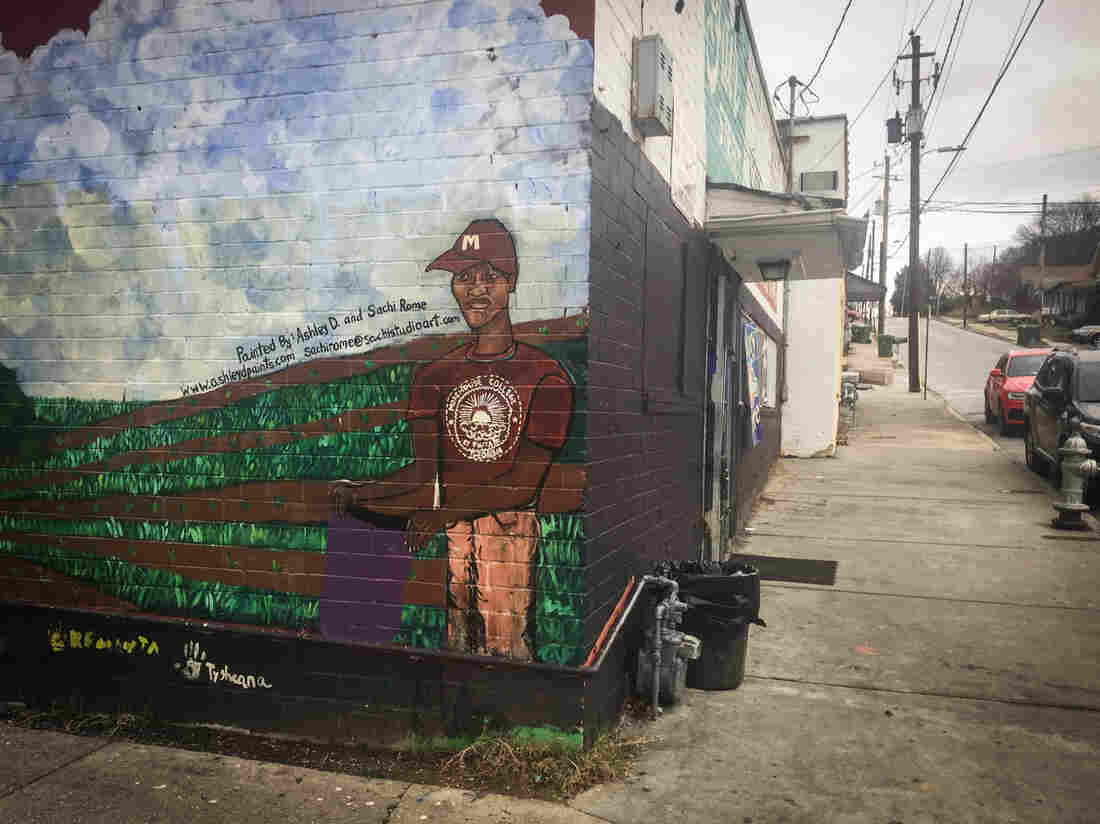 Kids in the Ashview Heights community painted a mural on the side of the Fair Street Superette, the corner store near the site for Marddy's shared kitchen and marketplace. Debbie Elliot/NPR hide caption 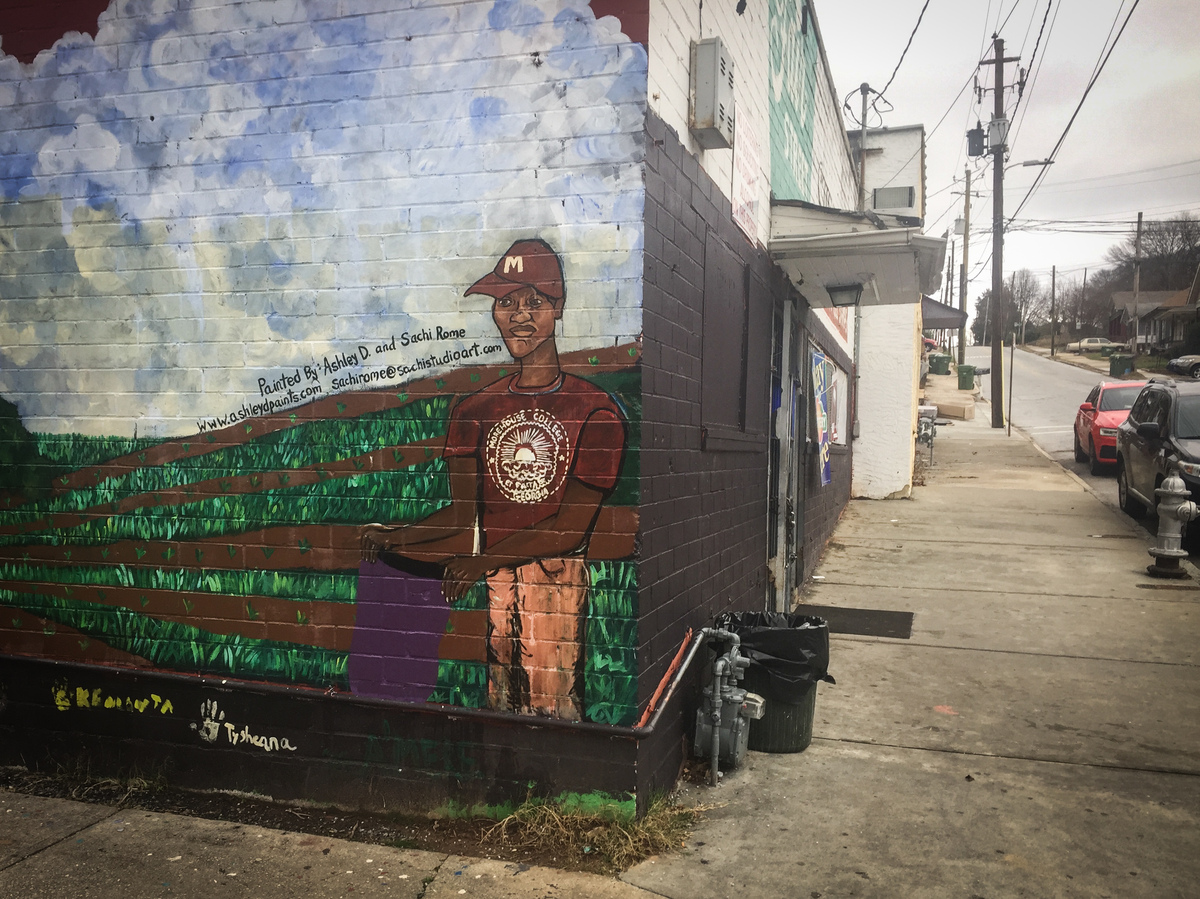 Kids in the Ashview Heights community painted a mural on the side of the Fair Street Superette, the corner store near the site for Marddy's shared kitchen and marketplace.

So now Bates is buying the yellow building, to give those home cooks a place to prepare and sell their cookies and dressings. She is using an innovation grant as seed money and is raising startup funds online.

Bates says don't expect her to get too worked up about the new president. She's heard a lot of angst about the Trump administration and would like to see all that energy put into action, locally.

"Being afraid, being paralyzed is not what's needed," she says. "What's needed is for people to be energized and get involved where they live and change things."

A man passing by stops to talk with Bates outside the storefront. "Y'all thinking about investing?"

David Amadu introduces himself and says he is also investing here in the Ashview Heights area.

"When I first came down here, I asked cops what's going on with this place, and they were like, oh, prostitutes, blah blah, it's a bad area," he tells Bates. "But that's not true. They don't see the potential in it."

Amadu renovates blighted homes and rents them to college students. He shares not only Bates' vision for the neighborhood but also a similar political outlook. Amadu says he is not counting on President Trump to change things here. 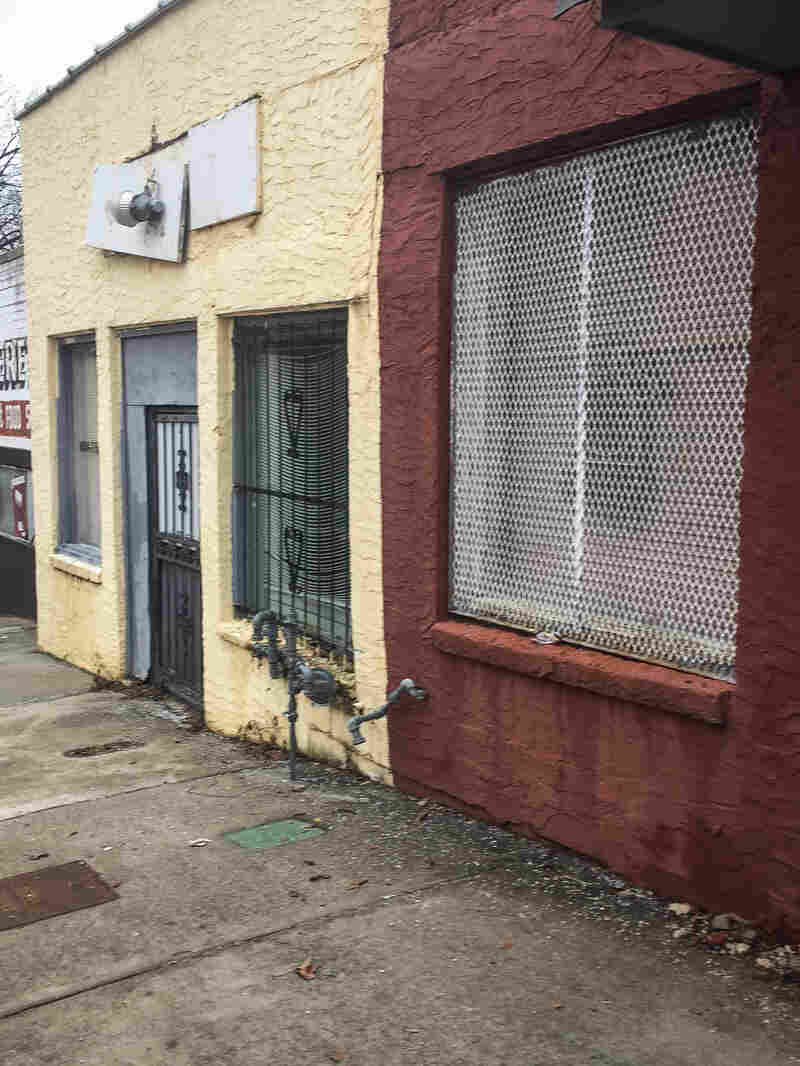 Keitra Bates plans to buy and renovate this building so that home cooks in gentrifying west Atlanta will have a place to bake and sell their goods. Debbie Elliot/NPR hide caption

Amadu says it's a matter of harnessing the way people here have long known how to care for one another. He recalls that the first time someone offered him a pie was right here on this street.

Bates lights up, thinking of the elderly sweet potato pie lady and the Syrian refugee cookie baker she has lined up as tenants.

"We should hug. So good to meet you," Bates says.

"I believe in this neighborhood," Amadu says.

He points out that Martin Luther King Jr. went to high school and college nearby.

"So we have to take care of this place," he says. "And I'm going to do it whether I have to do it by myself or whether I'm going to talk to people like you."

"You're not doing it alone," she says, heartened that someone else has hope for a place once neglected.