Accessibility links
Oscar-Nominated Animated Film 'My Life As A Zucchini' Makes For A Satisfying Meal Up for best animated feature, this French-Swiss stop-motion tale of a young boy's life in a group home offers a small, meticulously detailed story that leavens melancholy with humor. 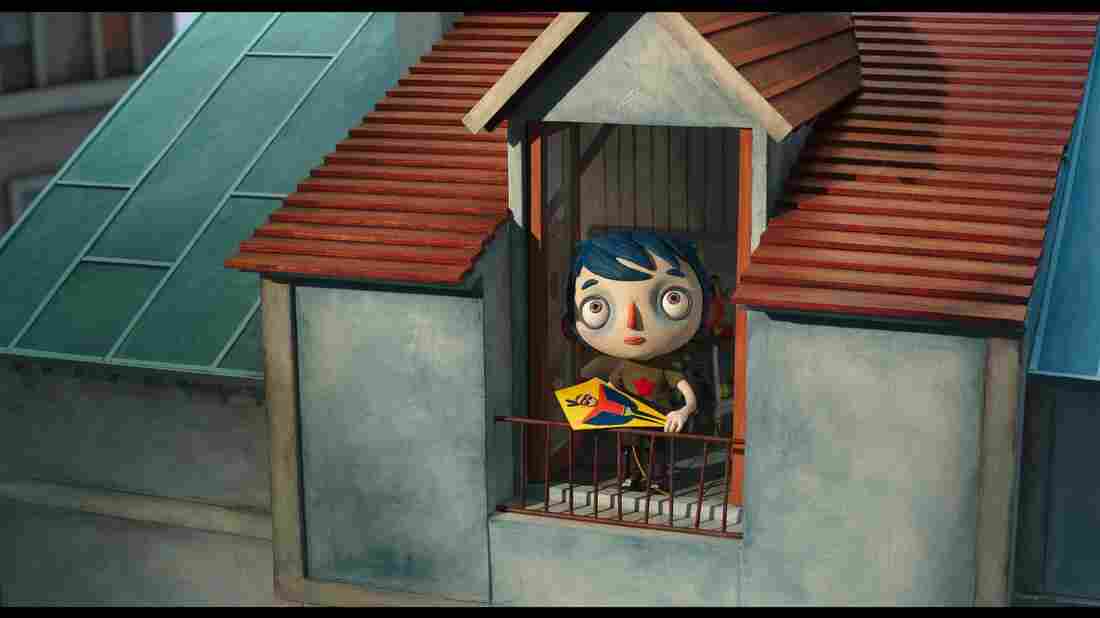 Summer, Squashed: Tragedy is about to strike young Icare (voiced in English by Erick Abbate) in My Life as a Zucchini. GKIDS hide caption 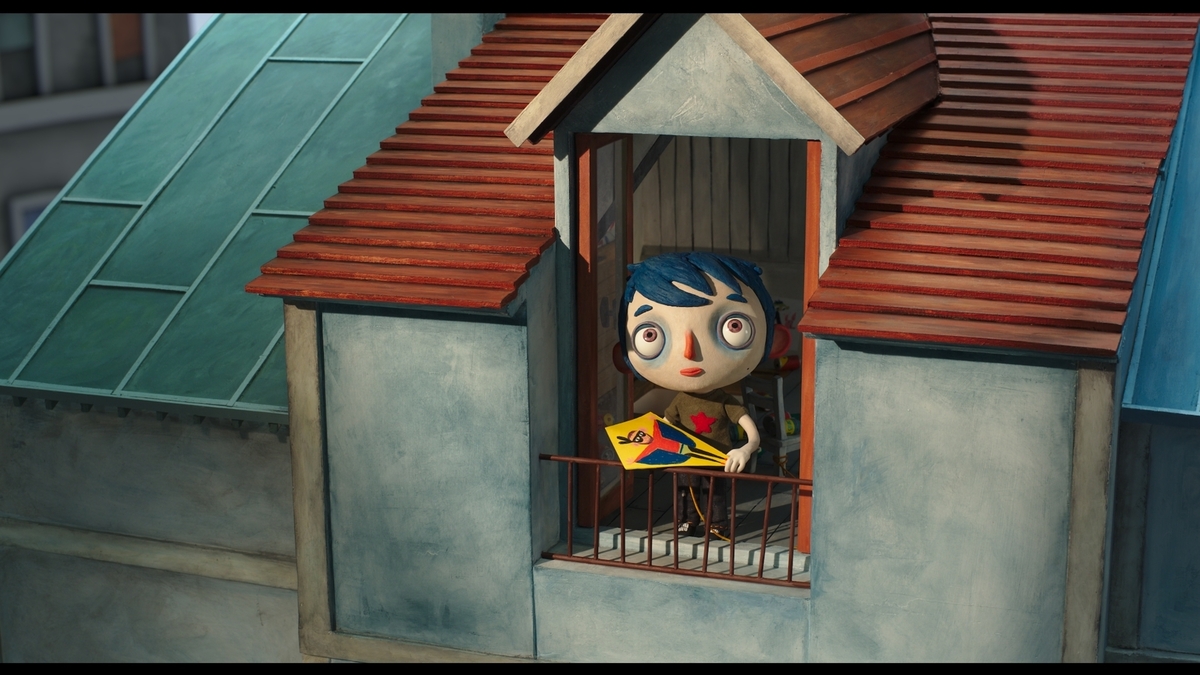 Summer, Squashed: Tragedy is about to strike young Icare (voiced in English by Erick Abbate) in My Life as a Zucchini.

Animated films can do more than babysit kids; instead of simply quieting children for an hour or two, they can act to open conversations with them. Most American animation does not share this goal, however, and aims instead to feed kids a steady diet of hyperactive screen candy. That's why the Oscar-nominated French-Swiss cartoon My Life as a Zucchini might feel like a vegetable instead of the delightful treat that it is.

Told in stop-motion, Zucchini packs a lot of detail into its brief, 67-minute story of an orphan who moves into a group foster home. That detail comes both through its intricate storybook sets, with claylike figurines, and in its thoroughly depressing screenplay. Even though the movie stars lots of cute kids who bumble around and make friendships, it's dark enough by U.S. standards to warrant a PG-13 rating –- a stamp which should not dissuade parents from bringing their smart kids, but merely signal the need to talk about some things with them afterwards.

The film opens with a sequence of horrifying darkness. Zucchini, a bashful little boy with a pale face and a thick mat of blue hair, is drawing alone in his attic as his alcoholic single mother flings her beer cans all over their dingy apartment downstairs. As she rouses herself and prepares to abuse her child, he closes the attic door on her, accidentally knocking her to her death. This terror is made all the worse by the fact that Zucchini (real name: Icare) resembles a lost member of the Peanuts gang –- big head, big eyes, a fan of kites, he tiptoes through life at a slow, measured pace. Sometimes, bad things happen to good kids.

Taken to his new home, our little squash must face day-to-day interactions with other kids whose stories are as tragic as his own. But this is no Roald Dahl house of horrors –- the adults on hand are sweet and caring, taking the kids on field trips and seeing to their education. And even though Zucchini is targeted on his first day by the resident bully, a short-tempered redhead named Simon, the kid soon breaks down his wall of cruelty to confide, "There's no one left to love us."

Au contraire, Simon. Everyone in this home loves each other, and there's soon more love to go around, as Zucchini falls for a hip, Kafka-reading girl named Camille who comes with her own crisis that the kids must band together to solve. Later, they take a vacation to a ski resort, where the Rankin/Bass comparisons feel even stronger: the simple, blinding whiteness of the snowy sets makes every subtle eye twitch on those gigantic faces stand out that much more.

The script, by Céline Sciamma (Girlhood) and other contributors, based on a decidedly more adult-themed novel by Gilles Paris, is unafraid of the murkier side of child psychology. Disney heroes can come from similarly Dickensian childhoods, yet carry on perfectly fine. Here, Zucchini recognizes the flaws in his mother but clings to her memory anyway. He cherishes his nickname because she gave it to him; he also holds onto an empty beer can as a memento, and repeatedly asks why he can't simply go back home with her. The tonal mix is sometimes odd, being the same ping-pong between sugary cuteness and horrific tragedy that more sentimental, live-action dramas like Room love to lean on. But here, to the filmmakers' credit, the insights always feel organic: In one brief scene, a kid named Ahmed befriends a kid at a ski resort, only to have the child's mother angrily accuse him of stealing.

Like the Studio Ghibli films released stateside over the years, Zucchini has been dubbed into English in an attempt to appear more palatable to children. The new voicework is mostly seamless, with Erick Abbate (Touched With Fire) lending the right childish hesitancy to the lead role and familiar stars doing a bang-up job as the adults (particularly Nick Offerman as a kindly police officer who takes a liking to the boy). But the movie still suffers from some familiar overdubbing symptoms, such as the tendency of the new scriptwriters to patch over every quiet moment with inane offscreen chatter, and the awkward, halting way all these new voices interrupt each other on the soundtrack. The effort was likely unnecessary; as a subtitled post-credits sequence makes clear, this child is immensely charming in any language.

It's tempting (if the teensiest bit unfair) to paint the state of animation today with a broad brush. Try this: Most American children's cartoons are bouncy, witless, empty sugar sticks, and are exposed as such every time some piece of lovingly detailed and sophisticated international film makes it to our shores. The culprit doing most of the exposing these days is specialty distributor GKIDS, which has so far steered Zucchini and eight other animated movies to Oscar-nominated success (including the wonderful Song of the Sea and the two most recent Ghibli entries). GKIDS might be the closest thing to a purely mission-driven film company we have today, exhibiting a fanatical devotion to expanding our view of what's possible in animation while putting the likes of DreamWorks, Blue Sky and Illumination to shame. In the world inhabited by Zucchini and his friends, darkness is not some physical demon to overcome but a simple fact of life, and kids can cheer as these characters embrace their situations without magic erasers, to find the small glimmers of light that will push them through. Delicious and nutritious.