Accessibility links
Amiable But Generic 'Rock Dog' Chases Its Own Tail This Chinese-U.S. co-production, based on a graphic novel by Chinese rock star Zheng Jun, pads its way through a familiar story about a mastiff who wants to make it big in the music industry.

Amiable But Generic 'Rock Dog' Chases Its Own Tail

Amiable But Generic 'Rock Dog' Chases Its Own Tail 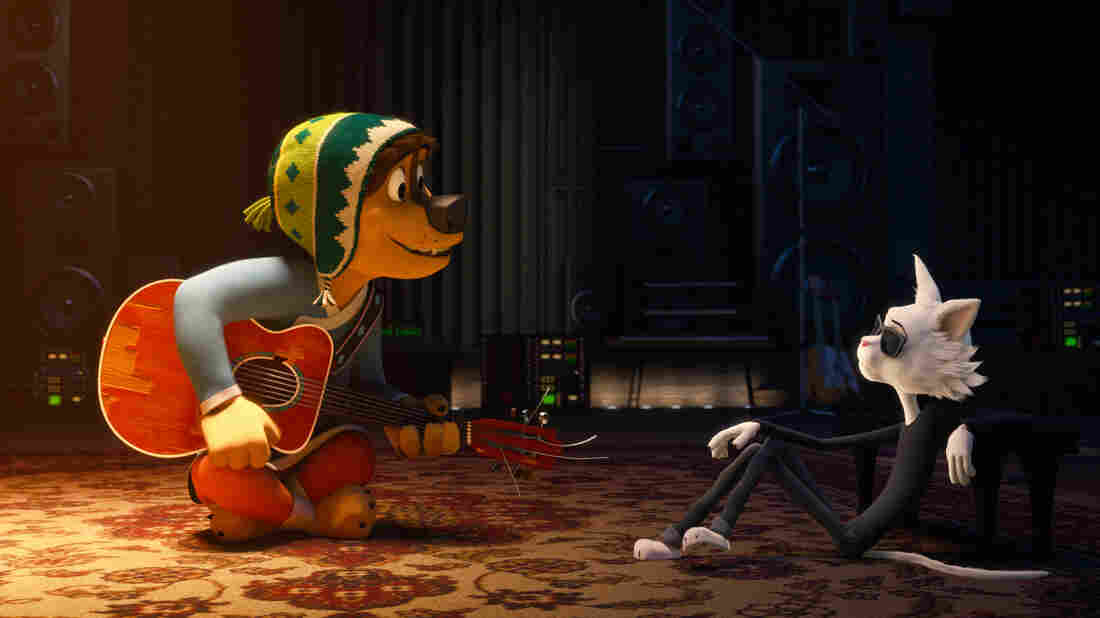 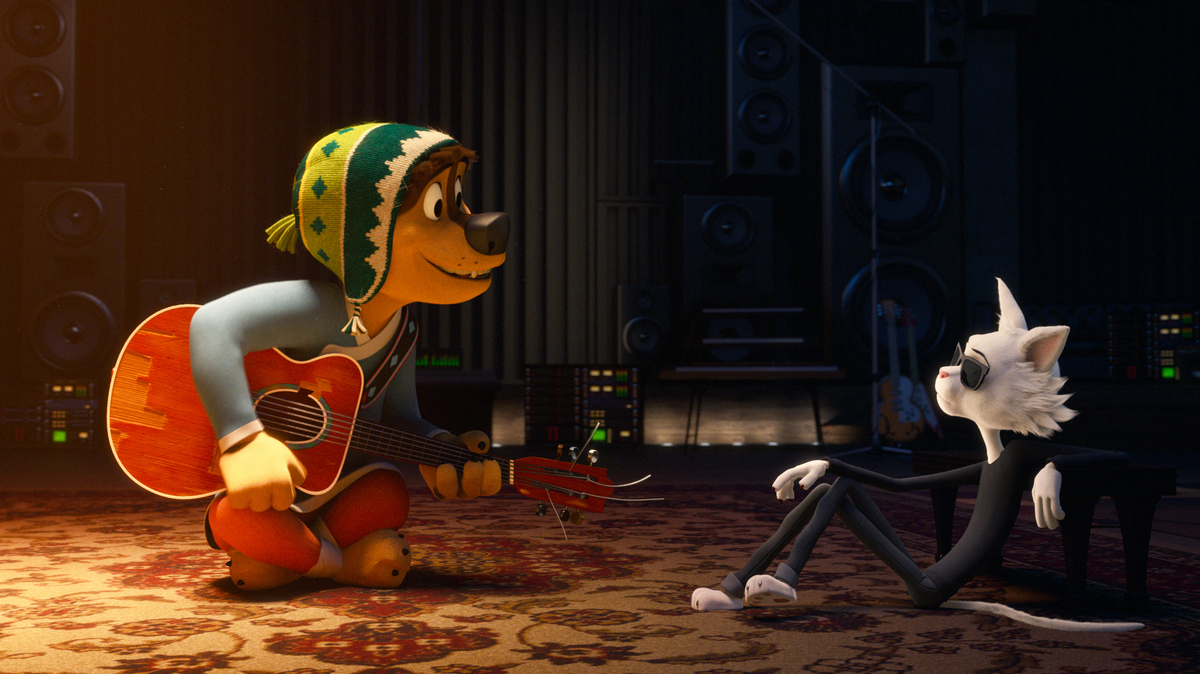 The awkward flirtation between the Chinese and American movie industries continues with Rock Dog, an amiable but generic talking-animal cartoon about a mastiff who dreams of rocking in the free world. Not that the movie has a political subtext: The only oppressor that Bodi (Luke Wilson) seeks to escape is his caring but rigid dad, Khampa (J.K. Simmons).

Like The Great Wall, Rock Dog is a Chinese-U.S. co-production conceived in China. But the action epic was also made there, and earned lots of money on that side of Pacific before flopping Stateside. The cartoon is based on Chinese rocker Zheng Jun's graphic novel, yet was animated in the U.S., where it must draw big crowds to compensate for the meager business it did in the Middle Kingdom.

Chinese and American film producers might seem to have nothing in common, save for an eagerness to poach each other's audiences. But Rock Dog's timid treatment of don't-step-on-my-blue-suede-shoes rebellion finds common ground. Chinese authorities don't encourage defiant music, of course. Neither do most American parents, who are unlikely to buy tickets for a movie that might encourage their tykes to grow up to be Johnny Rotten. So it's hardly a surprise that Bodi's climactic number is a U2-style folk-rock hymn about loving the place of your birth.

The movie doesn't say where that is, but the graphic novel's title is Tibetan Rock Dog. The story opens in a mountain village populated entirely by sheep, except for Bodi, Khampa, and narrator Fleetwood Yak (Sam Elliott). The sheep are menaced by wolves, and Khampa is preparing Bodi for a life of protecting them.

The pup prefers zither plucking to guard duty, so his father bans music altogether. (If that aligns him with the Taliban, he's really not such a bad sort.) Employing typical Hollywood logic, director and co-writer Ash Brannon underscores the music ban with a plaintive string section.

Bodi's ambitions are reignited when a radio falls from an airplane, much like the Coke bottle in The Gods Must Be Crazy. The young dog hears rock 'n' roll for the first time, as well as an interview with reclusive British-accented superstar Angus Scattergood (Eddie Izzard), who turns out to be a thin white cat.

Angus explains that his career began with a visit to a city park where bands play and musicians network. This seems modeled on Tokyo's Yoyogi Park, but the metropolis around it is an unnamed mashup of Beijing, New York, and Zootopia, with more signs in Chinese than English.

Bodi rushes there, and meets an arrogant snow-leopard guitarist (Matt Dillon) and a sympathetic female bassist who is literally a fox (Mae Whitman). She's Darma, which makes her the logical partner for Bodi. (Together, their names form that of the monk said to have brought Zen Buddhism to China.)

But there's no time for romance once Bodi meets Angus, a classic, classic-rock burnout (aside, that is, from any hint of drug use). Together, dog and cat tangle with the wolves, who have gone urban and become gangsters. (Their boss is voiced by Lewis Black; his most inept underling by Kenan Thompson.)

Despite all the Chinese text, Rock Dog draws mostly from American archetypes, including funny-animal cartoons, VH1's Behind the Music, and father-and-son sitcoms. It should amuse adults who get the inside jokes, but is unlikely to interest kids who aren't '80s-rock buffs or Mandarin students. Once again, Chinese and American filmmakers pool their resources, only to find that having more money doesn't make it talk any more persuasively.