Accessibility links
3 Teenage Outsiders Navigate Friendship And Desire In 'As You Are' An intimate portrait of high school friends caught up in the aftermath of a violent incident places us inside their heads with sensitivity and restraint.

3 Teenage Outsiders Navigate Friendship And Desire In 'As You Are'

3 Teenage Outsiders Navigate Friendship And Desire In 'As You Are' 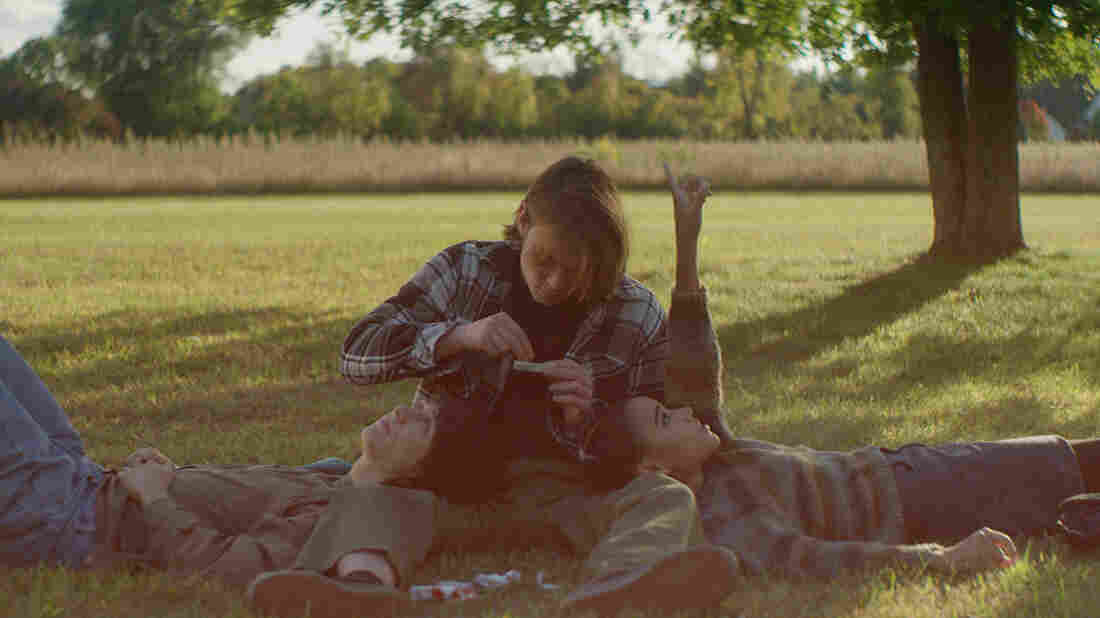 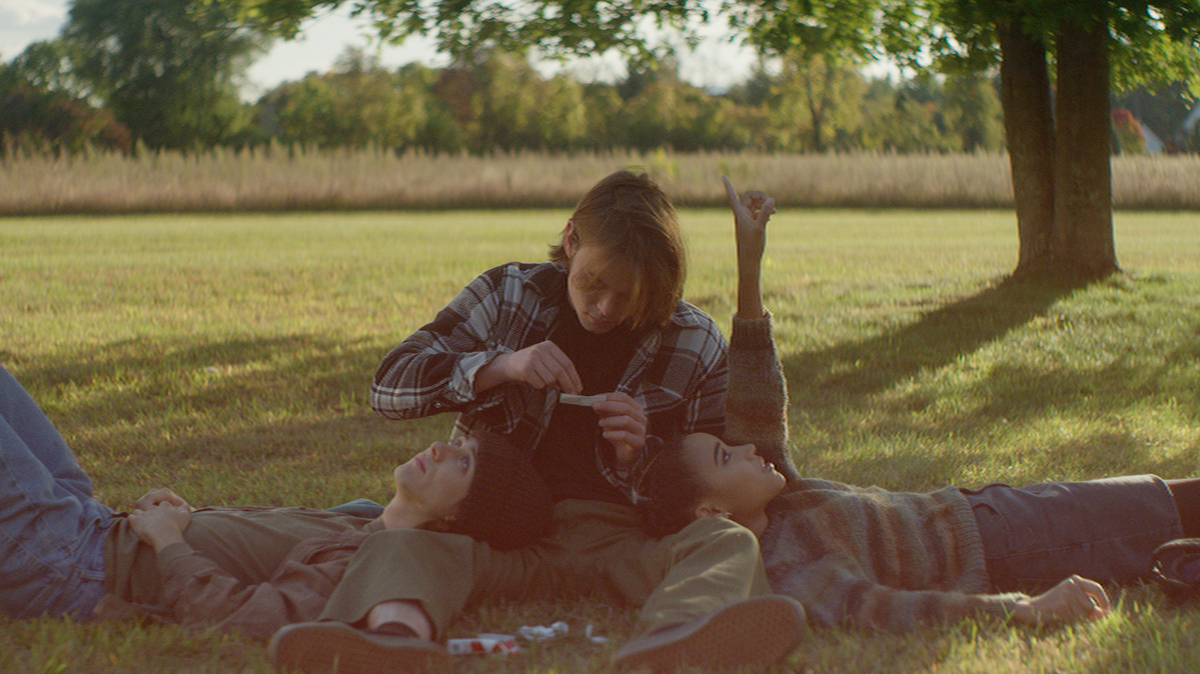 As You Are, a coming-of-age movie in which no one comes of age (putative adults included), opens and closes with an aerial shot of two figures crossing a lawn in front of a house. A shot rings out both times, and the action in between circles around that event in time, framed by scenes of an unseen detective grilling the major players for their selective memories of a trauma for which everyone's responsible — yet that no one, least of all the shooter, meant to happen. The setup is common enough, but though you can check off the usual ingredients in what follows — sex, drugs, a glance at Kurt Cobain — this is the furthest thing from a social-issue teen drama.

Indeed As You Are, a promising debut that won a special jury prize at this year's Sundance Film Festival for 24-year-old writer-director Miles Joris-Peyrafitte, only barely qualifies as tale of mystery. Joris-Peyrafitte studied with filmmaker Kelly Reichardt (Certain Women), and her imprint can be found all over this intensely inward inquiry into what it feels like to be a teenager forging an identity in an unsteady world.

Especially impressive is Owen Campbell (The Americans), who gives a wonderfully introverted performance as Jack, an unwilling high schooler who lives with his single mother, Karen (Mary Stuart Masterson). With his pale, oval face, shoulder-length hair and eyes alternately quizzically amused and desolate, Campbell gives off a vibe at once precociously ironic and hopelessly lost. Jack is a quiet, observant boy, attached to his mother but as ready for adventure and escape as the next teenager. Both of which come by the shovelful with the arrival of Mark (British actor Charlie Heaton), the son of Karen's new boyfriend, Tom (Scott Cohen), a volatile itinerant bouncer.

"We felt like a family, you know?" a plaintive Karen tells the detective. Soon the two domestic halves are shacked up together, an arrangement that's fragile and built on raw need from the word go. Both parents love their kids, but Karen is passive and malleable, and Tom explosive toward his charismatic but damaged son, who soon forms a band of outsiders with Jack and another student, Sarah (The Hunger Games' Amandla Stenberg) that's both protective and potentially lethal.

In another kind of movie, this might cue a strenuous messaging game of Blame the Parents, or the Schools, or that absorbent dumpster we airily call Society. True, these kids don't have much support, but Joris-Peyrafitte chooses not to lean heavily on received pathologies — indeed even Sarah's stable, loving family is no guarantee of safety, though she clearly has inner resources that her two friends may lack. Bad things happen to all three, and they're not glamorized, yet the movie builds its world from their point of view, a world in which creativity and risk, pleasure and danger, dance unnervingly together.

Joris-Peyrafitte has learned, no doubt from Reichardt, the moody potential of landscape: a camera panning slowly around a modest home or through the treetops, accompanied by a minimalist score (written by the director with Patrick Higgins), takes intimate measure of the sadness and fleeting happiness within. The movie is saved, sometimes just barely, from the maudlin by the moments of joy when these kids get busy reinventing themselves.

As You Are is far from the first movie to acknowledge the fluidity of sexual identity among today's young adults. But it explores the tentative experiments with sexuality and gender with sensitivity and restraint, until a line is crossed that at least two of these kids can neither absorb or sustain, with catastrophic results. Even then and without romanticizing their fate, this tenderly appreciative movie offers Jack and Mark, and Sarah too, what life has denied them — acceptance, just as they are.