Accessibility links
Border Wall Would Cut Across Land Sacred To Native Tribe The Tohono O'odham tribe on the U.S.-Mexico border says a wall would desecrate a mountain where they say their creator lives. Still, they want to help Donald Trump keep illegal border-crossers out. 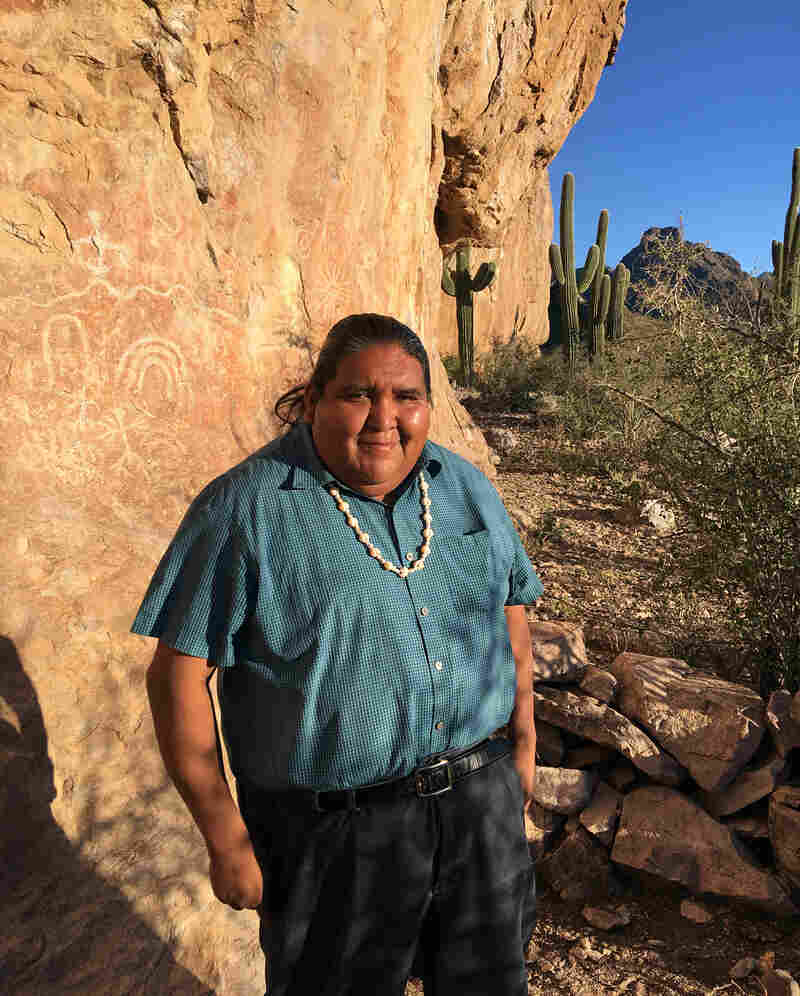 Tohono O'odham Vice Chairman Verlon Jose says "over my dead body will we build a wall" on the reservation. Laurel Morales/KJZZ hide caption 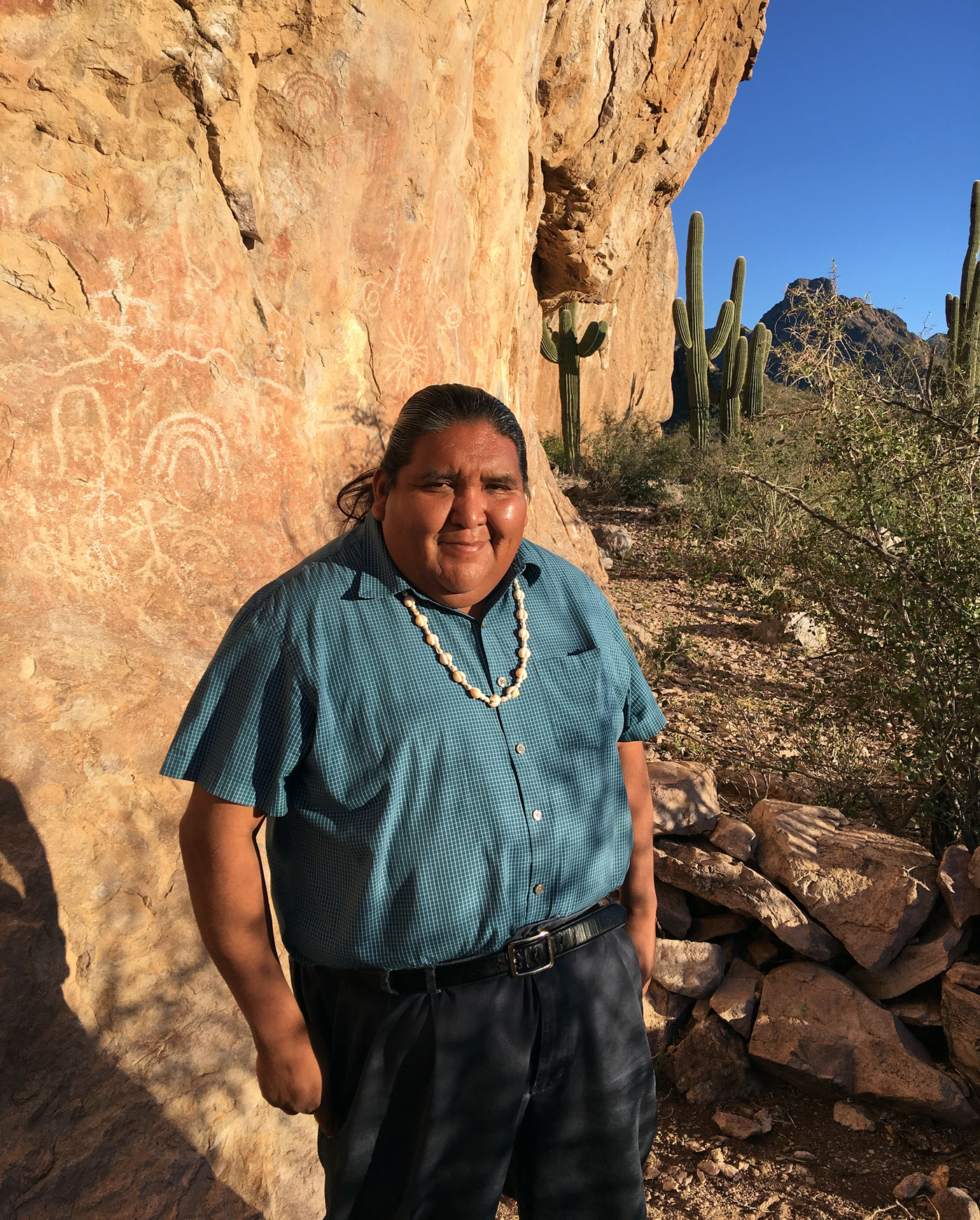 Tohono O'odham Vice Chairman Verlon Jose says "over my dead body will we build a wall" on the reservation.

The proposed border wall between the U.S. and Mexico would run right through Native lands, and tribal leaders in the region say it would desecrate sacred sites.

"Over my dead body will we build a wall," says Verlon Jose, vice chairman of the Tohono O'odham Nation. "It's like me going into your home and saying 'You know what? I believe in order to protect your house we need some adjusting.' And you're going to say, 'Wait a minute, who are you to come into my house and tell me how to protect my home?' " he says.

On a recent drive through the Sonoran desert — where rain has made the palo verde trees even greener and the saguaro stand a little taller — Jose points to a cactus plant. He says every living thing has a story and each story comes with a teaching.

"And I always tell people that every stick and stone is sacred. The rocks that you see along the road have meaning. Sometimes you refer to them as 'the grandfathers,' " he says.

The Tohono O'odham people believe their creator lives in the holiest of rocks, Baboquivari Peak; President Trump's wall would cut across this mountain range — as well as sacred burial ground.

Jose says they're not asking the Trump administration to get out. The tribe is asking them to collaborate.

"We're not your enemy. We're your ally. We want to work with you in protecting America," he says.

The Tohono O'odham agreed to a vehicle barrier along the border a decade ago. But it hasn't prevented people from crossing, and the tribe is overwhelmed by the number of border-crossers.

Before the Obama administration ramped up border enforcement, the tribe saw 1,500 people a day trying to cross the desert illegally. That number has since dropped significantly, but it's still high for a tribe with few resources. In 2010, half of Arizona's migrant deaths occurred on the Tohono O'odham Nation.

The Tohono O'odham feel like outsiders. Tribal members are U.S. citizens who can cross onto the Mexico side of the reservation. But since Sept. 11th and an influx of people from the south, the Tohono O'odham are restricted to one entry point on the reservation or U.S. ports of entry hours away. Trump says his plan to build a wall and to hire significantly more federal agents will stop border crossings.

"As I've said repeatedly to the country, we are going to get the bad ones out — the criminals and the drug dealers and gangs and cartel leaders. The day is over when they can stay in our country and wreak havoc," Trump said last month.

It's still an open legal question how much authority the president has through executive order to build a wall on Native land.

"We're really in legal limbo, and I think that's a cause of great anxiety on the part of tribal peoples," says Rob Williams, a professor at University of Arizona's Indigenous Peoples Law and Policy Program.

However, Williams says Congress would have the power.

"Congress can basically condemn Indian land as long as it pays fair market value," Williams says. "Any tribe that would seek to resist — particularly congressional legislation that would take that land or appropriate that land for a wall, for example — would have very few avenues opened to it."

The Tohono O'odham Tribe has invited Trump to visit the reservation. They believe only then, when sitting amidst an army of saguaros and on the sacred mountain Baboquivari, will the president understand that he needs to work with the tribe to secure the U.S.-Mexico border.