Accessibility links
Trump's Plan To Hire 15,000 Border Patrol And ICE Agents Won't Be Easy Applicants have to go through "extreme vetting" including a grueling polygraph exam. In the past, Customs and Border Protection has had trouble retaining agents. 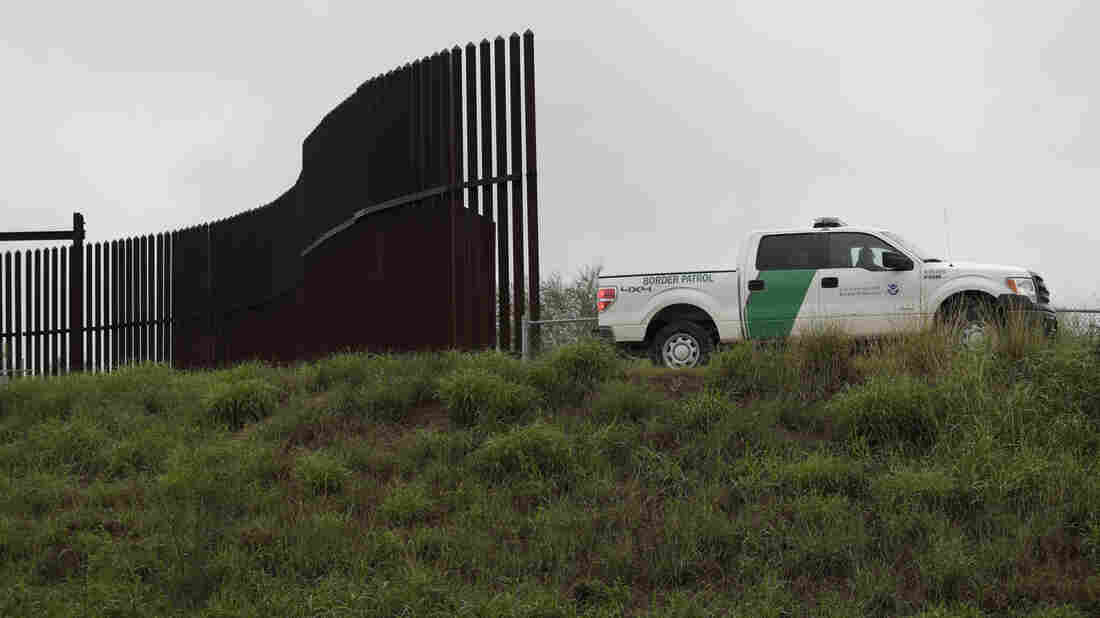 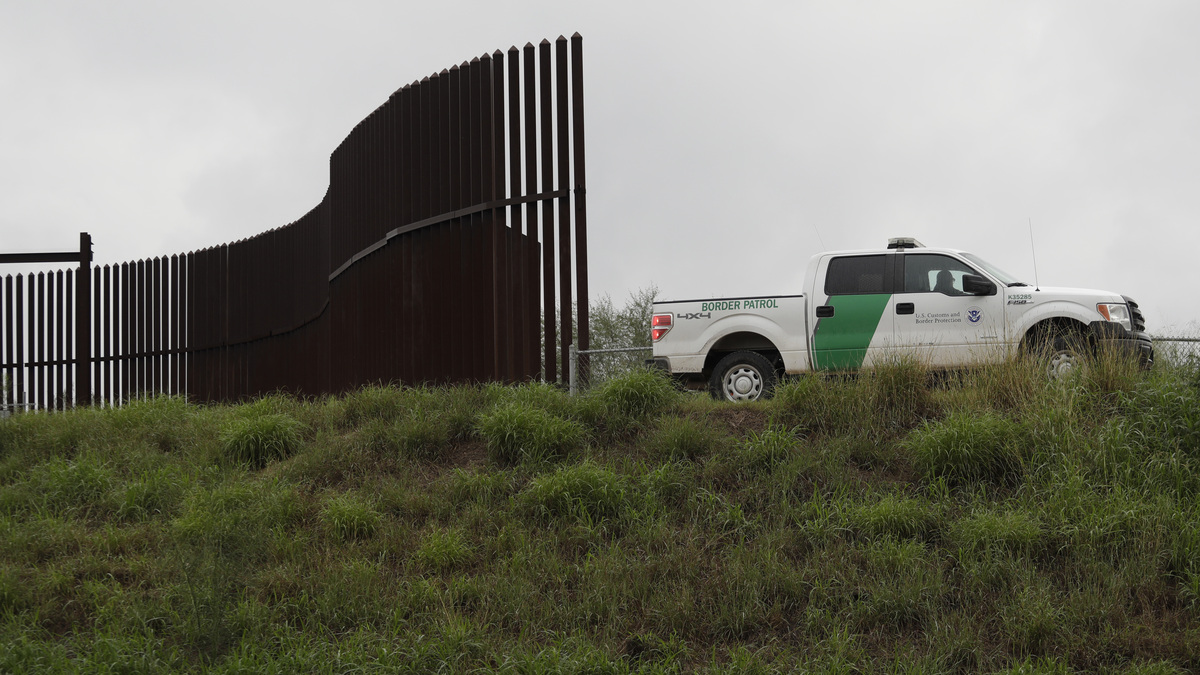 A U.S. Customs and Border Patrol agent passes along a section of border wall in Hidalgo, Texas.

It wont be easy.

Homeland Security Secretary John Kelly was blunt when asked by a member of Congress about it. He said he will add to the ranks "as fast as we can."

But he quickly added, "we will not lower standards and we will not lower training." Kelly then said he didn't believe "we're going to get 10,000 and 5,000 on board within the next couple of years."

The Border Patrol is part of Customs and Border Protection (CBP), which enforces the law at the border. ICE officers enforce immigration and customs laws in the U.S. interior.

The number of CBP agents doubled during the George W. Bush and Barack Obama administrations, from 10,000 to 21,000. But there were problems. New agents were rushed through training and into the field, some without completed background checks.

"You have to make sure that no red flags come up in someone's background before you're putting them in a position like this," says Shawn Moran, vice president of the National Border Patrol Council, the union that represents Border Patrol agents.

Moran says it will be "difficult but not impossible" to find 5,000 new agents, adding that when it comes to hiring and training border patrol agents, "we are fans of extreme vetting to make sure that we get the right people."

Yet Moran thinks one part of that vetting is too extreme: the polygraph exam that candidates have to undergo. He calls it flawed and overly burdensome, and says it excludes a higher percentage of candidates than at any other federal agency where polygraphs are used.

The AP reported that 2 out of 3 applicants fail the exam.

The test can run eight hours, Moran says, and "is excluding qualified candidates from being Border Patrol agents."

James Tomsheck, former head of internal affairs at CBP, defends the test. He told NPR's Morning Edition it weeded out candidates who had criminal backgrounds and some would-be agents who were members of drug cartels that wanted to infiltrate CBP as spies.

Tomsheck says there have been efforts to remove some questions from the exam, which he says "is beyond my comprehension."

In the past, CBP has also had a problem retaining Border Patrol agents.

Jay Ahern, a former CBP official now with the private security firm the Chertoff Group, says one problem is sending new recruits to distant outposts. "When you recruit somebody, let's say from Boston, and that person's gone through the six months of the hurdle [of the] hiring process, and you offer them a job in Del Rio, Texas and they realize what it's like when they get to Del Rio," Ahern says, they realize "this isn't what I expected it to be."

Ahern says additional Border Patrol agents are very much needed, but that it's going to take time to recruit and hire them, administer medical exams and drug screening, fitness tests and training. "To get somebody delivered on the border," Ahern says, takes a significant period of time, and is "not something that should be compromised."

Even if the process began today, it could take a year or more to bring a new agent on board.