Accessibility links
A Jazz Fact Check Of 'La La Land' There are many takes about what La La Land gets right or wrong about jazz. This episode explores how the tension between illusion and disillusion plays out among real musicians in Los Angeles.

Whatever else you might say about the themes of La La Land — that it's a film about the ins and outs of young romance, or the pros and cons of creative ambition, or the movie musical as a renewable art form, or the culture of Hollywood, or the state of jazz (more on that in a sec) — you'd have to acknowledge the line it draws between illusion and disillusion.

Without giving anything away, that tension lends obvious subtext to the title of Damien Chazelle's film — and essential motivation for its opening and closing set pieces, which pivot from drab reality to Technicolor fantasy. This is a proven strategy in the movie musical playbook: You'll find it in touchstones ranging from the MGM classic Singin' In The Rain to Jacques Demy's The Umbrellas of Cherbourg to Lars von Trier's Dancer In The Dark. Chazelle knows this history and works it to his advantage, as the accolades for his film have already demonstrated, however many of its record-tying 14 Oscar nominations pan out Sunday night.

The current La La Land backlash has a lot to do with awards-season overhype, and the unremittingly personal dimensions of its story, at a moment when everything feels political. In jazz circles, there are more pointed gripes about the film, which stars Ryan Gosling as a journeyman piano player enthralled by the mystique of the music, and eager to evangelize his passion — particularly to his aspiring-actress girlfriend, played by Emma Stone.

There are many hot takes about what the film gets wrong, or what it gets right, about jazz. But what hasn't been explored enough is the way in which its central contrast, between the glossy ideal and the grainy particulars, plays out among jazz musicians in Los Angeles. That's the subject of this episode of Jazz Night In America, which explores a pocket of the scene that La La Land purports to speak for.

In the radio episode, we'll hear from prominent Los Angeles jazz musicians like drummer Peter Erskine, who played on the film's soundtrack, and keyboardist John Beasley, whose résumé includes all manner of commercial work as well as the MONK'estra, his own big band. And in both the audio and the documentary short, we check in with Josh Nelson, a pianist and composer whose Los Angeles-centric Discovery Project is about the real stories beneath the surface, or behind the façade. (Nelson, the son of a Disney theme-park Imagineer, auditioned to be Gosling's hand double in the film. But we'll let him tell you that story himself.)

There's a lot more to the story of jazz in Los Angeles than anyone could tell in one sitting. What you'll find here are a few vivid impressions, and some illuminating insights. As in La La Land, this is a moment to consider facts on the ground even as the focus shifts in a dreamy flyaway. 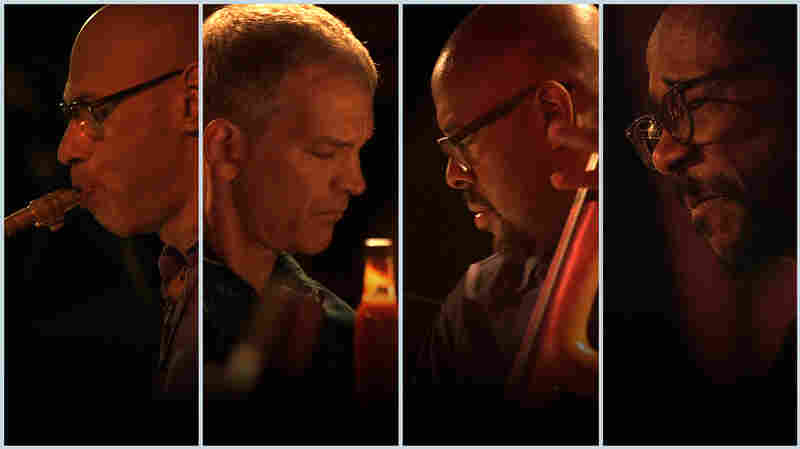 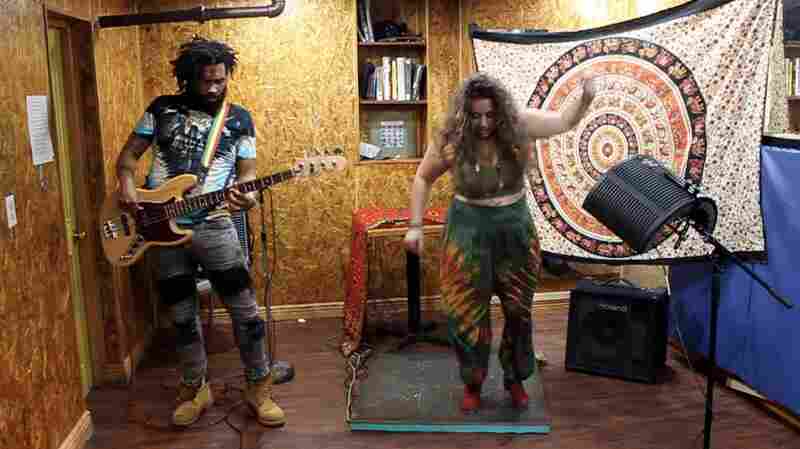 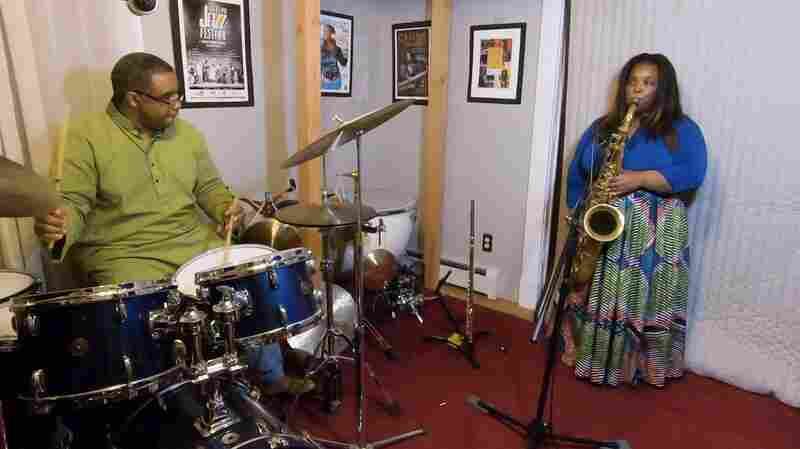 Camille Thurman and Darrell Green perform in their home. /Courtesy of the artist hide caption 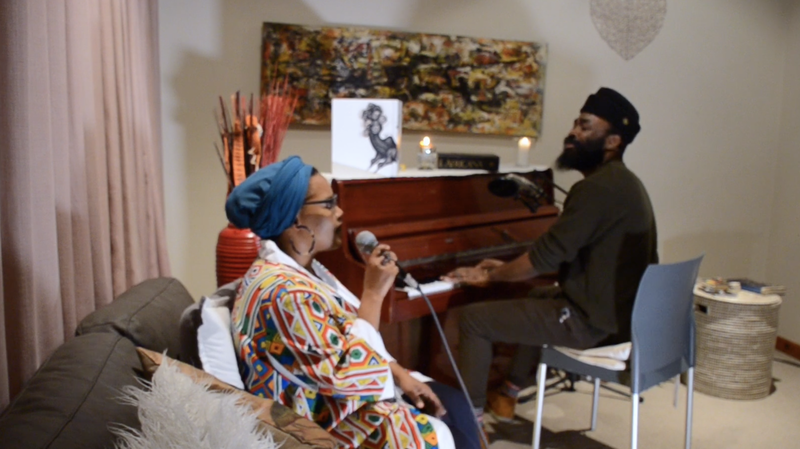 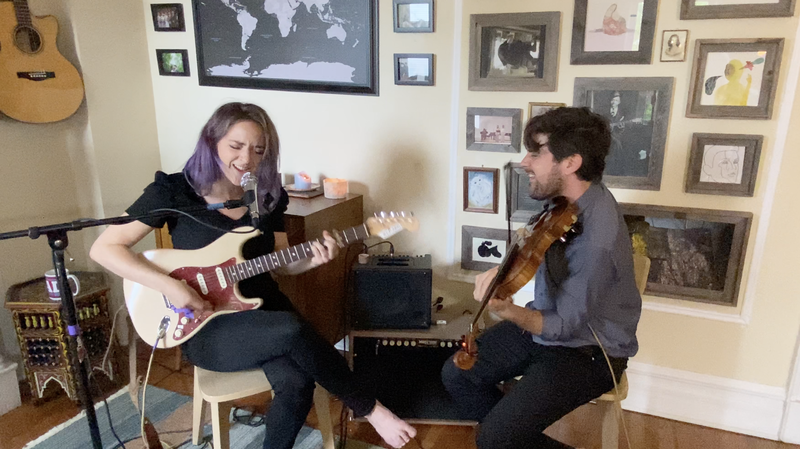 May 29, 2020 • With time together on their side, singer and composer Becca Stevens teams up with her husband and Attacca Quartet violist, Nathan Schram, to perform a brooding version of "I Will Avenge You." 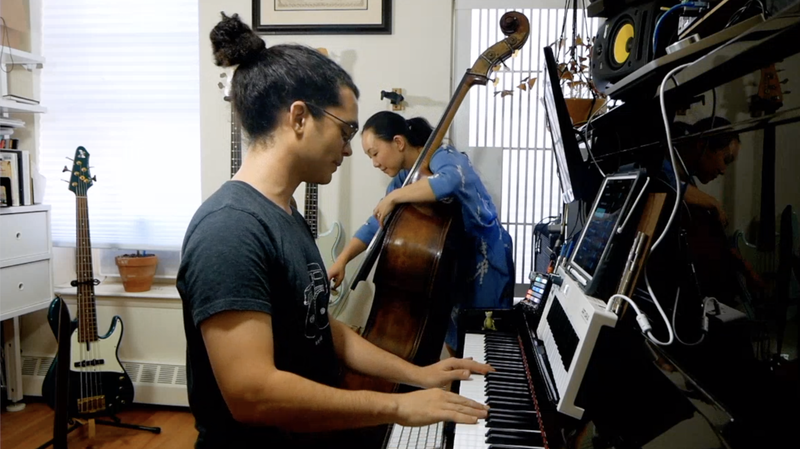 Fabian Almazan And Linda May Han Oh: Alone Together Duets

May 22, 2020 • Fabian Almazan and Linda May Han Oh serenade us with a piano and bass duet from their Harlem, N.Y., apartment.