Accessibility links
'Top Chef' Is Delivering A Satisfying Season Right On Time If you need a lift and a bit of diversion, it's not too late to enjoy the last two episodes of an awfully satisfying season of Top Chef.

'Top Chef' Is Delivering A Satisfying Season Right On Time

'Top Chef' Is Delivering A Satisfying Season Right On Time 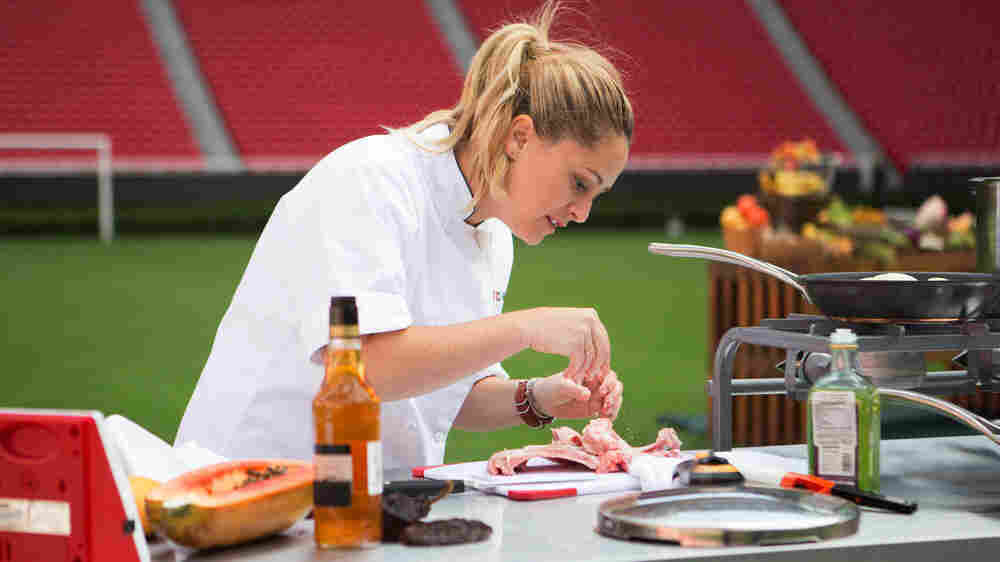 Brooke Williamson is one of the very agreeable final three in this season's Top Chef. Paul Cheney/Bravo hide caption 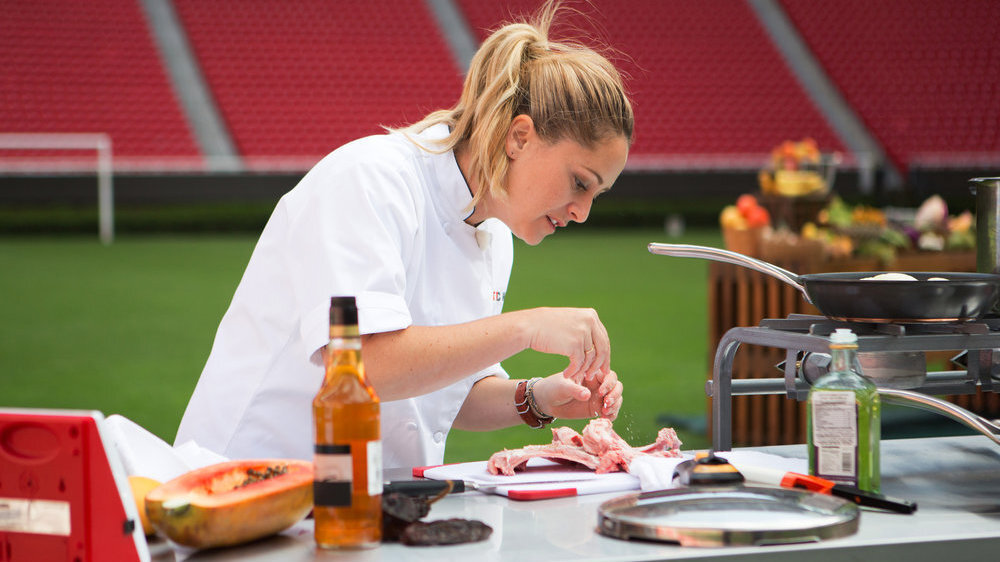 Brooke Williamson is one of the very agreeable final three in this season's Top Chef.

If you've found yourself with little taste for sniping in recent days and a serious thirst for entertainment that's satisfying and warm, you're not alone. I've heard this from an awful lot of folks in the last couple of months. And while there are lots of places to go to find what you're looking for if this is the headspace you're in, one place is the terrific Charleston season of Top Chef that's about to wrap up. The penultimate episode is Thursday night, and the finale is in a week.

To bring you up to speed: this season's competitors included eight newbies and eight returning contestants from previous seasons. In a lot of "all-star" seasons, the group is studded with drama-bringing jerks and hateful weasels, but in this case, they brought back a lot of very likable chefs who had gotten oh-so-close to winning. While there was heartbreak (I'll never forget you, Sam), and while there was sniping here and there, it was such a pleasure to see a bunch of mostly nice people really try in earnest to be good at something. Spirited competition! Imagine that!

And you can still jump in very easily to enjoy, I would argue, one of the best sets of three finalists the show has ever had: Shirley, a super-high-energy storyteller who can connect almost everything she cooks to something in her own history; Sheldon, a chill Maui restaurant owner who's the source of most of what I now know about Filipino food; and Brooke, a stealthily funny and very steady chef who plans carefully and works methodically. If you'd asked me at the beginning of the season who would be in my ideal final three, I'd have said Shirley, Sheldon and Brooke. And it happened! I never get my way with reality television!

I'm not going to lie: I feel like I've vanquished jerkdom personally when it all comes together this well.

Brooke and Sheldon have been in this position together before: they were two of the top three contenders in Top Chef Seattle, where Sheldon finished third and then Brooke lost to Kristen Kish. Kish had returned after an earlier elimination through the show's "Last Chance Kitchen" gimmick, which sends eliminated chefs off to fight each other (in a web-only series) with the ultimate winner returning to the competition right at the end. This season, Brooke herself was eliminated and then came back through "Last Chance Kitchen." The resonance! The irony! The ... coincidence, but still!

It's fun to watch all these people cook, and it's relatively rare to watch a final three without thinking, "It would be a bummer if this bonehead emerged victorious." But Top Chef gets there sometimes — including the Seattle season, where Kish was also easy to root for.

If you watch these last two episodes, just know that these are all people you'd probably dig if you'd been watching them for a long time, and there's not really a bad ending here. Which is a lot more than I can say for The Bachelor in any season where it doesn't end with the titular Bachelor being stung by a bee.