Accessibility links
Voters Trust The Media More Than Trump (According To One Poll) In just a few days, two different polls give two different answers to the same question: Do you trust Trump or the news media more? One lesson here is don't trust any single poll too much. 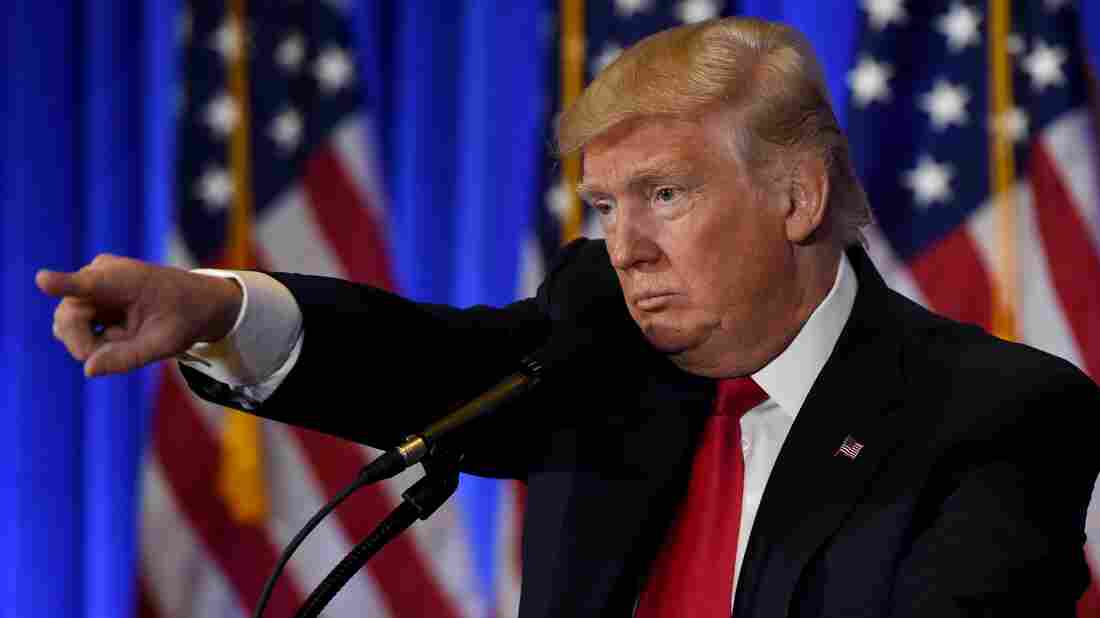 US President-elect Donald Trump calls on a reporter during a press conference January 11, 2017 at Trump Tower in New York. TIMOTHY A. CLARY/AFP/Getty Images hide caption 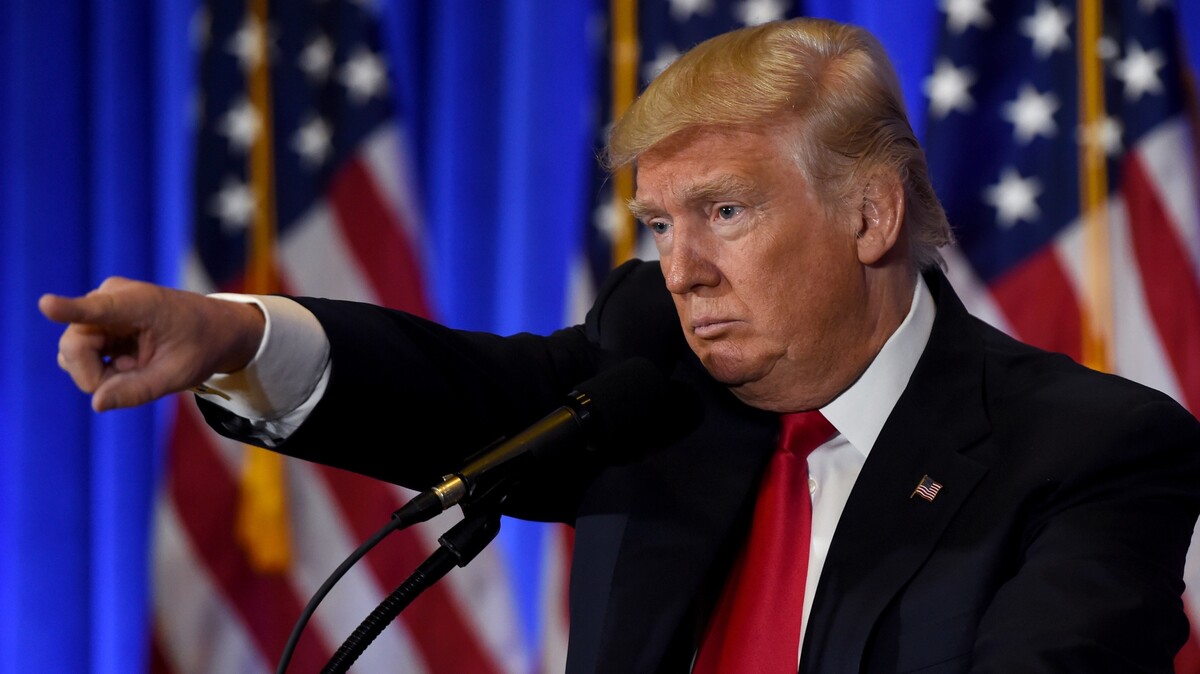 US President-elect Donald Trump calls on a reporter during a press conference January 11, 2017 at Trump Tower in New York.

The headlines are everywhere today: Americans trust the news media more than they do President Trump.

A new poll from Quinnipiac University shows that 52 percent of registered voters said they trust the news media more than Trump to tell them "the truth about important issues." Only 37 percent say they choose Trump.

And it makes for a great story: Trump famously hates the mainstream media. In fact, he just declared the media "the enemy of the American People!" And now this poll suggests — plot twist — "the people" subsequently turned on Trump.

The FAKE NEWS media (failing @nytimes, @NBCNews, @ABC, @CBS, @CNN) is not my enemy, it is the enemy of the American People!

So is one poll right and one poll wrong? What happened?

It doesn't seem like it's population types: both polls measured the same type of people: Registered voters. And both polls used the same broad methodology: live callers, dialing both landline and cell phones.

And both pollsters have a good track record: Quinnipiac receives an A-minus from FiveThirtyEight's pollster rating system. Polls done by Fox receive an A.

(And let's also get the wording right here: Americans are not being measured here; registered voters are being measured. Tens of millions of eligible adults were not registered to vote as of Election Day 2016.)

So leaving aside those usual suspects, here are a few (but by no means all) of the possibilities:

And here's the Quinnipiac question:

"Who do you trust more to tell you the truth about important issues: President Trump or the news media?"

Or there may be something about the difference between "[telling] you the truth about important issues," as Quinnipiac put it, and "[telling] the public the truth."

Timing. This being the Trump administration, a lot of news can be packed into just a few days. So it's possible that the events between February 11-13, when the Fox News poll was done, and February 16-21, when the Quinnipiac poll was done, shifted some people's opinions.

Sampling and weighting. There are a number of smaller ways that different polls' methodologies can affect the results. Sample variation can account for some variation in poll results — if one poll samples more landlines than cell phone respondents, for example. Likewise, some small amount of survey variation can happen even between virtually identical polls — they simply get different people in each sample. Likewise, differences how the two polls weight their results could shift things.

One big bottom line here is that focusing on any one poll can easily be misleading. It's common for polls on a particular topic to vary — sometimes a lot. For example, The Huffington Post's Ariel Edwards-Levy and Grace Sparks have compiled a list of the widely varying results to poll questions about Trump's "travel ban" executive order.

Polling trends give greater context and tell more of a story about what's happening and why. Should Fox News and Quinnipiac continue to poll on these questions, the movement as major news events happen will be more meaningful, showing what sways people's opinions and why.

In addition, focusing too much on one poll means missing out on a bigger picture. In this case, it's that both Trump and the media have big, big trust problems. In these questions, Americans are picking between two entities (Trump and the media) that are very unpopular.

Ideally, Americans would be able to have more confidence in the president (and the government at large, for that matter) as well as the media. It has happened before: trust in the executive branch was markedly higher in the late 1990s, for example, as was trust in the media.

But the president and media are now widely considered rivals — and it's a heavily partisan rivalry (the GOP trusts Trump more, Democrats trust the news media more) — meaning pollsters are now pitting one against the other. It provides a handy scoreboard as to who is "winning," but both are still in the gutter.