Accessibility links
With Transgender Student Guidance Rescinded, What's Next For Gavin Grimm's Case And Others Lawyers fighting over the scope of civil rights law for transgender people are urging the Supreme Court to bring some clarity to the issues.

What's Next For Transgender Rights Lawsuits With School Guidance Rescinded

What's Next For Transgender Rights Lawsuits With School Guidance Rescinded 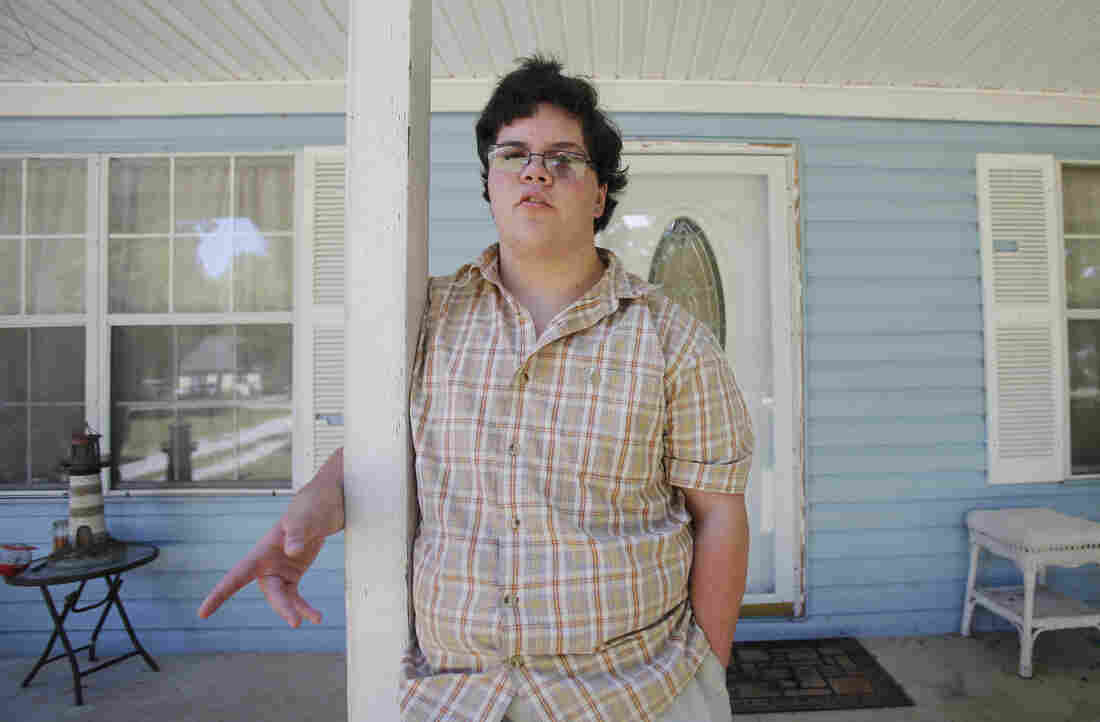 Amid the Trump administration's decision to revoke guidance about transgender students' use of bathrooms and locker rooms, Gavin Grimm has an ongoing case about access in his Virginia school. Steve Helber/AP hide caption 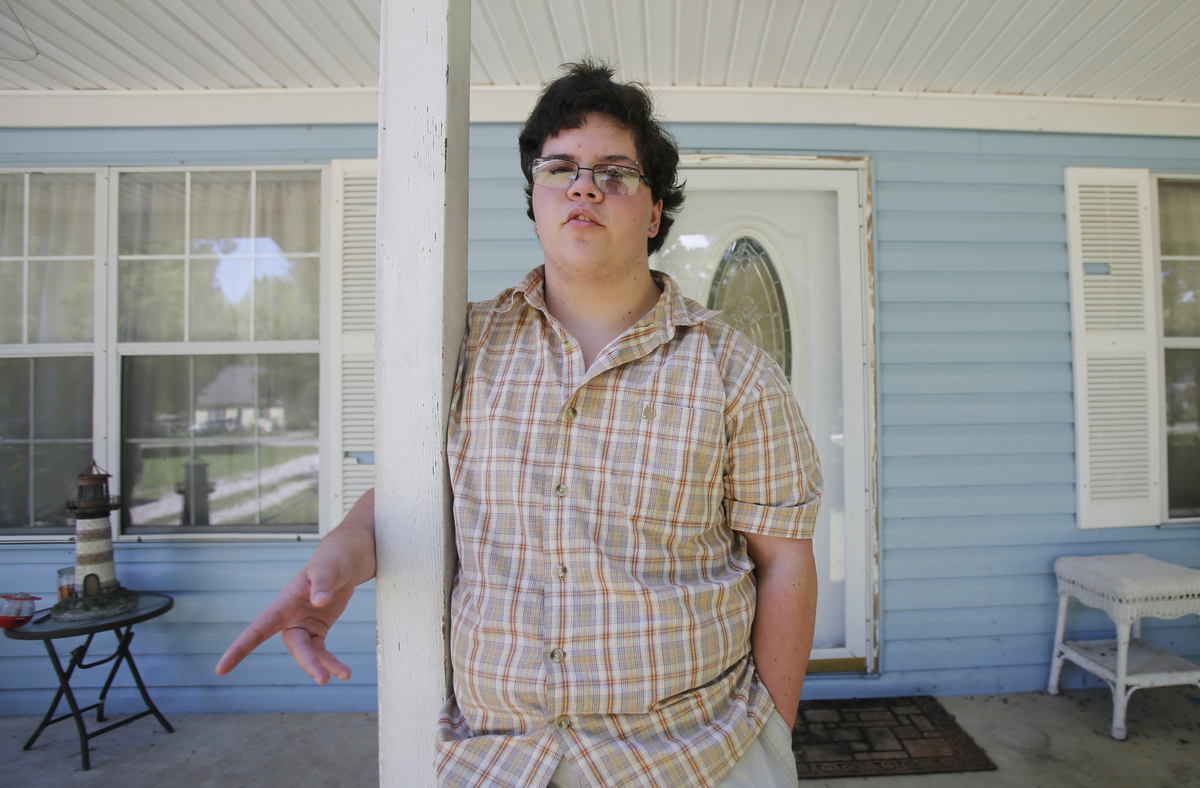 Amid the Trump administration's decision to revoke guidance about transgender students' use of bathrooms and locker rooms, Gavin Grimm has an ongoing case about access in his Virginia school.

Lawyers for a 17-year-old transgender student and the Gloucester, Va., school board that wants to limit which bathroom he can use don't agree on much.

But both sides have concluded the Trump administration's decision this week to revoke guidance that protects transgender students' ability to use bathrooms and locker rooms that correspond with their gender identity only heightens the need for a hearing before the nation's highest court.

Rather than making the claims of Virginia student Gavin Grimm moot, his attorneys at the American Civil Liberties Union and their courtroom opponents are urging the U.S. Supreme Court to proceed with oral arguments scheduled for March 28.

"If anything, the confusion caused by this recent action by the Department of Justice and the Department of Education only underscores the need for the Supreme Court to bring some clarity here," Joshua Block, a senior staff attorney at the ACLU's LGBT & HIV Project, told reporters on a conference call on Thursday.

As for Gloucester County, the school board said it "looks forward to explaining to the Supreme Court why [the rescinded guidance] underscores that the Board's common sense restroom and locker room policy is legal under federal law."

The high court agreed to hear two questions in the Grimm case: one, whether the former Justice and Education Departments' interpretation of Title IX of a 1972 education law protecting students from discrimination on the basis of their sex deserved deference; and two, whether the prohibition on sex discrimination in schools also applies to gender identity.

While the first question likely goes away along with the Obama-era guidance, the second remains, if justices still want to field it.

And at the White House on Thursday, press secretary Sean Spicer pointed out that a federal judge in Texas last year enjoined the guidance so it never fully took effect. Spicer also asserted, "There's nobody who's possibly suggesting" that the 1972 law contemplated protection of transgender students at the time.

That view is shared by a series of mostly conservative groups, which have weighed in with Supreme Court briefs opposing an expansive reading of sex discrimination.

The Alliance Defending Freedom, one such nonprofit, defended the approach by the Gloucester School Board that allowed transgender students to, among other things, use separate, individual facilities to change clothes and shower. The Alliance said school boards enjoy great freedom to develop education policies for their own communities.

The federal government, they argue, has long led the way when it comes to integrating schools, easing access to the polls, and other critical civil rights issues.

What's more, Block at the ACLU said, his client Gavin Grimm has obtained an amended birth certificate stating that he's male. If Grimm moves to a state like North Carolina, where the law defines sex by what's on a birth certificate, schools there would allow him to use the boy's room. But Gloucester County, Va., has adopted a different approach, excluding Grimm from the boy's room and requiring him to use a single-user restroom.

"The fact is that no child in America should have their rights subject to their ZIP code," said Eliza Byard of the Gay Lesbian & Straight Education Network, or GLSEN.

Advocates for the LGBT community say that a half-dozen courts across the nation already have adopted their approach — finding that longstanding protections against sex discrimination under federal law extend to transgender people. The U.S. Courts of Appeals in the Sixth and Seventh Circuits have sided with transgender students and denied attempts to halt or stay the cases while they move toward appeal, ACLU lawyers said.

"Honestly, I'll just tell you, nobody wants to be on the business end of a transgender lawsuit these days," said Mara Keisling, executive director of the National Center for Transgender Equality. "The courts have been moving in our direction very quickly."

Nearly two years ago, a divided Supreme Court ruled 5-to-4 that same-sex couples have a fundamental right to marry under the due process clause and the equal protection clause. President Trump told an interviewer this year that is "settled law."

But legal arguments about whether protections against sex discrimination in Title IX and other federal laws extend to gender identity, central to the lives of transgender people, are still very much active in the courts. For instance, Lambda Legal, a nonprofit that advocates and litigates for LGBT clients, is litigating a case against a Pennsylvania school district where Juliet Evancho, a transgender student, wants to use the bathroom of her choice.

"It's not just about bathrooms, it's about being a full, participating member of society," said Demoya Gordon, a Transgender Rights Project attorney at Lambda Legal.

The organization is making the same argument before the 11th Circuit Court of Appeals. There, a security guard sued her employer for harassment and for allegedly forcing her out of a job at Georgia Regional Hospital because she's lesbian and "gender-nonconforming."