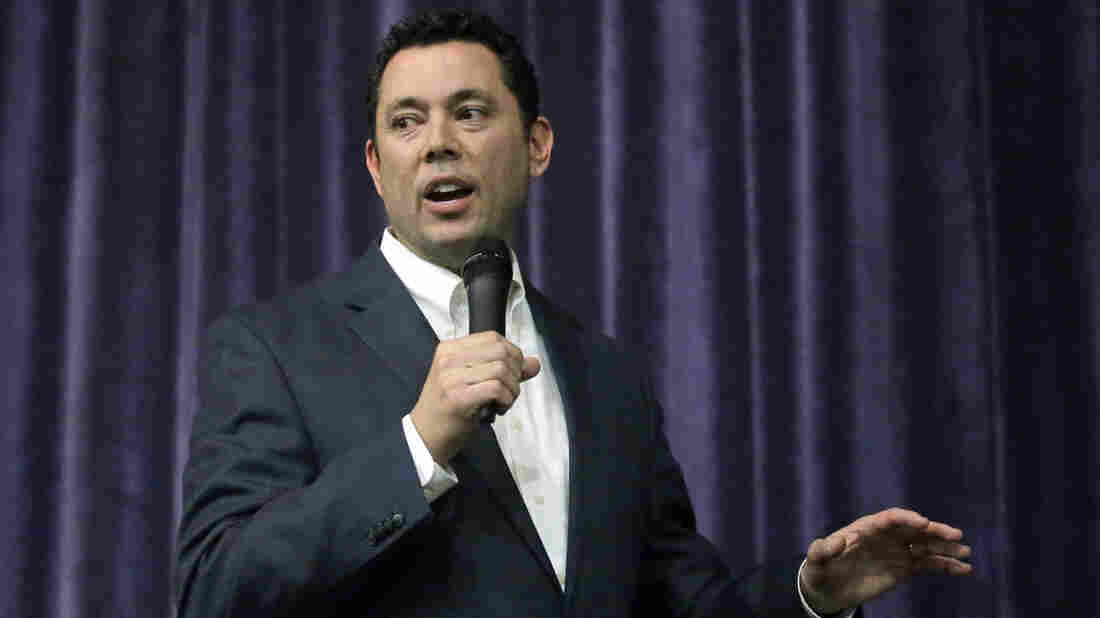 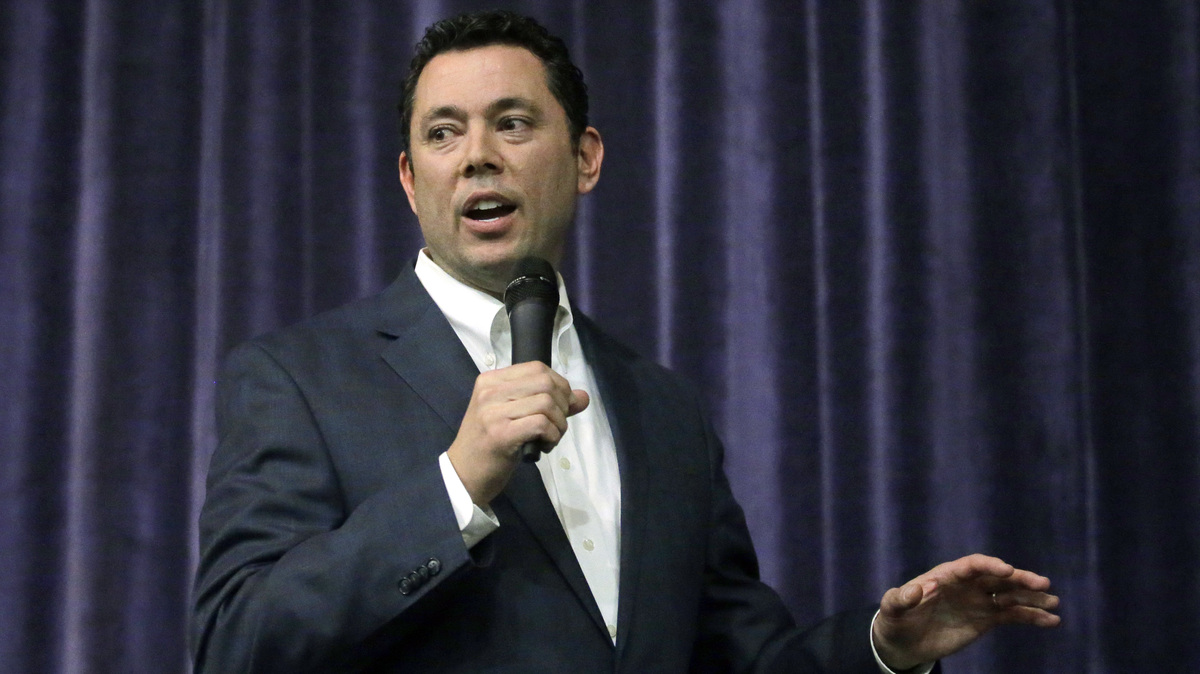 Earlier this month, House Republican Oversight Committee Chair Jason Chaffetz, a Republican from Utah, was booed at a town hall meeting by voters who wanted him to investigate President Trump.

Chaffetz said he'd been targeted by paid protesters from out of state, and speaking to NPR's Steve Inskeep on Friday, still insists law enforcement told him that some were from out of state. Morning Edition on Thursday interviewed three voters who attended. We verified they live in his district; one even says she voted for the congressman.

Chaffetz says he doesn't mind criticism, "but I did think it was a bit over the top for an hour-and-15-plus minutes to yell, scream, flail and try to, I think intimidate and to bully people."

Like other Republicans, he faces pressure to use Congress as a check on the White House. Chaffetz insists he's doing that.

"He is the president of the United States. He has a duty and an obligation to put the country first, and we'll keep a watchful eye on that," he tells Inskeep. "But I'm also not going to go on fishing expeditions."

"I think a lot of liberals in particular are surprised and shocked that Donald Trump actually won. There's still a lot of concern and some of it's very legitimate concern. I have questions myself," he says. "But I want to have that dialogue and I want to try to come up with as much bipartisan support as we can for our way forward."

The president is exempt from the conflict of interest laws. And a lot of people who for instance wanted to see his tax returns — I went on national news multiple times saying I thought Donald Trump as a candidate should have released his tax returns. But it's not required by law.

On former White House ethics lawyer Richard Painter's contention that the Emoluments Clause applies to the president, and that Trump should have unwound certain business interests by Inauguration Day

You're going to have to ask the White House about that. But I disagree with Mr. Painter. I've met with him. I've spoken with him. He's got a very interesting perspective. But the president is exempt from the conflict of interest laws.

On whether Trump is profiting from his office

That's ridiculous. I really think that's just silly. That's the silly season. We were very concerned in the Oversight Committee about the potential mishandling of classified information while he was at [Trump's private club in Florida] Mar-a-Lago. That did not seem acceptable, and I did send a letter asking for clarification and really need further clarification that they are able to handle classified information.

I think it's something that should be paid attention to long term. If there's evidence that somebody was using the White House inappropriately to overstep their bounds — as we saw the situation with Kellyanne Conway, who went on television and started talking about Ivanka Trump's clothing line. You can't do that.

First I've ever heard of that. [To investigate it] there would have to be evidence. Again, not looking at any of the details, but unless there's evidence that they were somehow misusing the office, that would be a different standard than the normal course of business that the Trump organization — and there's lots of different investments in companies in holding companies and whatnot.

Absent to that, I don't think that the committee would be looking into that.