Accessibility links
Jazz On Film And The Problem Of The Mad Creative Genius Jazz Night in America host Christian McBride reflects on how movies about his art form — including La La Land and a new Lee Morgan documentary — tend to paint the working jazz musician. 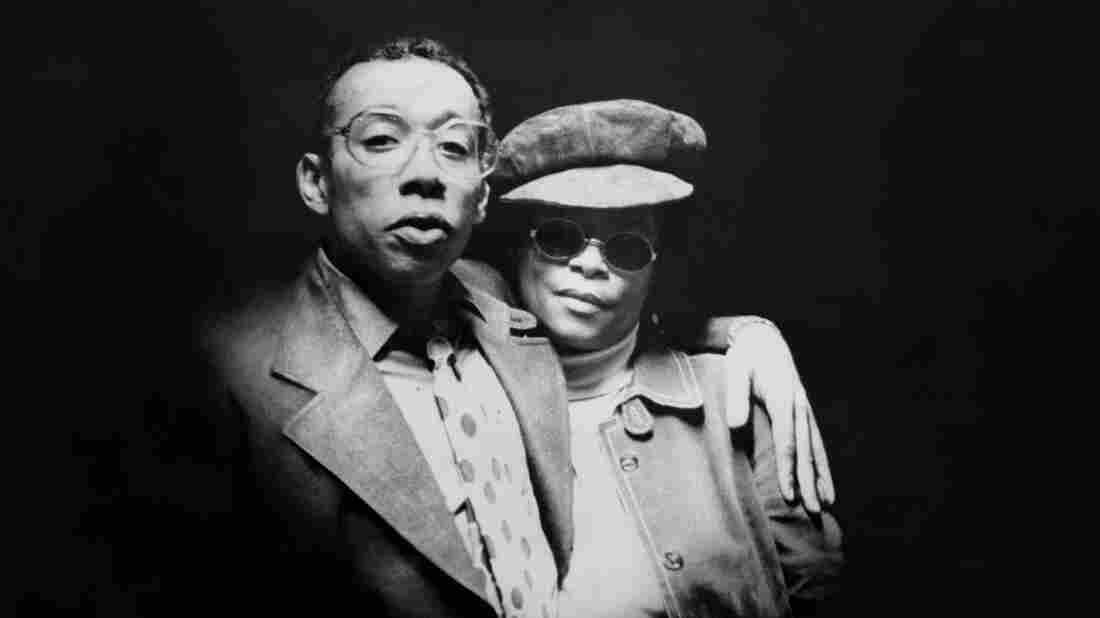 Trumpeter Lee Morgan and wife Helen in 1970. The couple's tragic story is the subject of the documentary I Called Him Morgan, directed by Kasper Collin. Kasper Collin Produktion AB/Courtesy of the Afro-American Newspaper Archives and Research Center hide caption 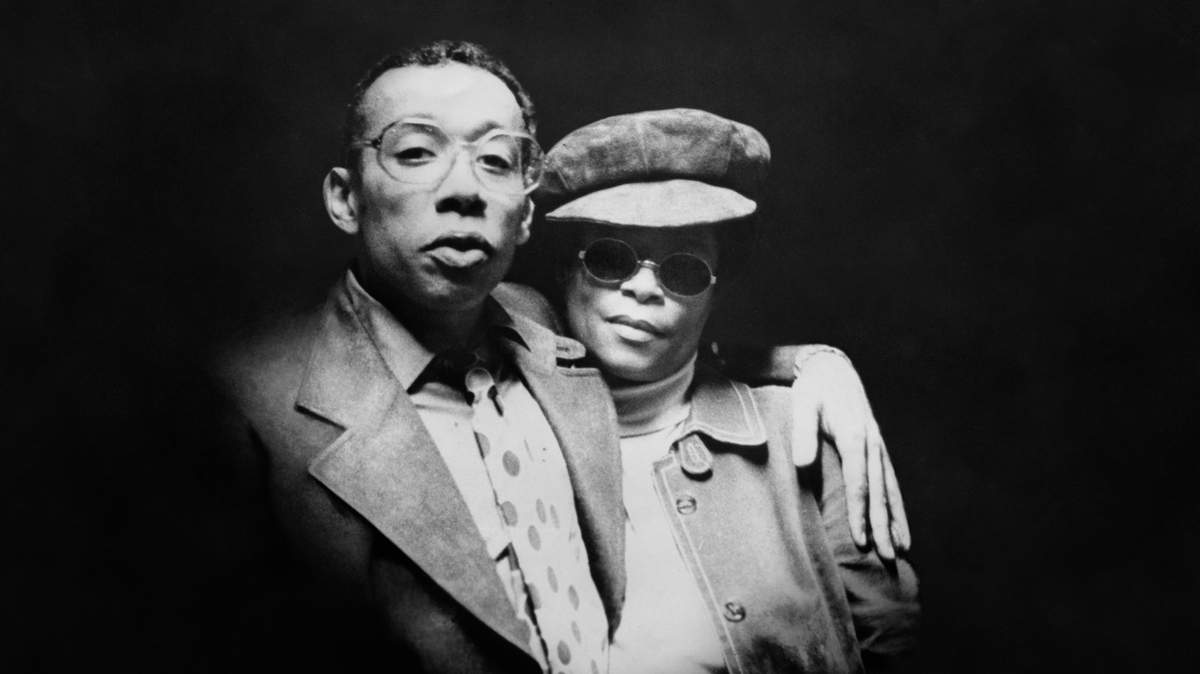 Trumpeter Lee Morgan and wife Helen in 1970. The couple's tragic story is the subject of the documentary I Called Him Morgan, directed by Kasper Collin.

It's been a good year so far for jazz at the movies. La La Land, a modern-day love story in the style of Jazz Age musicals, has a heap of Oscar nominations. Elsewhere, in a much quieter affair, the documentary film I Called Him Morgan — based on the story of jazz trumpeter Lee Morgan — will open theatrically next month.

Both of these films caught the eye of Christian McBride, Philly-bred bassist and host of NPR's Jazz Night in America. He joined Audie Cornish on All Things Considered to talk about how the two stories offer contrasting visions of the working jazz musician; hear their conversation at the audio link and read an edited version below.

Audie Cornish: I Called Him Morgan is a film by Kasper Collin. It played at a few festivals in 2016, and it's about Lee Morgan, who was shot by his wife in 1972. Had you heard of the story of Lee Morgan before this?

Christian McBride: Absolutely. Lee Morgan not only was one of the greatest trumpet players in the history of jazz, but he was also a Philadelphian — so if you were a jazz musician from Philadelphia, Lee Morgan is one of the first names that you hear. And I think when something like a crime of passion is involved, that story is always going to be told. I heard about it probably as early as 8 or 9 years old before I even really knew much about jazz. But the documentary is very thorough: You get to hear stories about Lee Morgan directly from the men and women who were there, who knew him, who saw him, who were there the night he was killed.

[When he died,] Morgan artistically had progressed from being simply a post- Dizzy Gillespie, post-Clifford Brown trumpeter, to really being on the cusp of some very progressive music. He was really about to get to something big.

The film depicts drug addiction, violence — it really presents Morgan as someone who's very flawed, not innocent himself. Do you think this kind of traffics in the stereotypes of the tragic jazz figure?

More than anything else, I think it depicts our interest in always wanting to find the jazz musician who was on drugs or has been in violent relationships. We have some sort of fixation with that. Somehow, the story of the jazz musician who ends up victorious, who kinda strays away from the drugs or the violence or the alcohol or that sort of lifestyle — that's not fun to watch, somehow.

But the most important thing, which I hope happens, is that someone will get curious to actually go back to find out about Lee Morgan's music. It's about the music that he made that touched people, that inspired people and inspired a whole generation of trumpet players.

This brings me to La La Land, because that movie been talked about so much in the context of its music. This is a story of a couple that falls in love: He's a jazz pianist, she's an aspiring actress. I want put to you the criticisms that I've heard of this movie — number one, that it's got too simple an idea of what jazz is, almost like a trapped-in-amber ideal of the music.

You know, after I saw this movie, my first thought was, "Who would focus on how jazz is portrayed in this film?" To me, the story of "jazz," quote-unquote, is not as important as the story of these two young people trying to pursue their dream.

So you're fine with it being a backdrop.

It is a backdrop, you know? I don't think anybody is going to see this movie and their first, second or third thought is "jazz." To me, this is a love story.

But I think at a certain part of the film, there is this discussion. Because the Ryan Gosling character, he kind of considers himself this evangelist for the music — teaching her to love it, complaining about people not listening to it anymore. And at one point he joins a band led by John Legend, who's doing something a little more, let's say, complicated.

Well, a little more commercial, shall we say.

I'm not an expert, but I remember sitting there and thinking, this is nothing like what young, up-and-coming jazz artists are doing at all — who are getting commercial success.

I don't think that scene was really made to depict what's happening now. I think what it's trying to give an example of is: Here's this young, as you say, evangelist for traditional jazz. He's trying to be the most dedicated jazz pianist that he can be — but he's not getting any work. So then, John Legend offers him a gig: "Look, it's not straight-ahead jazz, but hey — you need a gig." And at some point he decides, "Yeah, you're right, I do need to work. I do need to pay my bills." And musicians are confronted with that all the time. It happens more often than not. And it's happened throughout generations, too. Musicians who want to play their own music, or they want to play music that moves them — a lot of times, it's not that easy to do that. So they might have to take a gig in a band that they may not necessarily want to play in, stylistically. They may play in pit orchestras, or in a TV band. That's not necessarily what they may want to do, but they have to work. We are musicians, but we are also professional people.

Finally, the unspoken thing, I think, has been about where you have movies about jazz and there are not people of color at the forefront of it.

You take another movie like The Man With The Golden Arm, where Frank Sinatra plays a heroin-addicted drummer, and I'm thinking, "Wow, OK — it doesn't matter if you're black or white." You just have to be a jazz musician, and they're gonna put you on something: heroin, cocaine, something.

There is that issue in the history, but I wonder if it has to do with the broader stereotype of the mad creative genius.