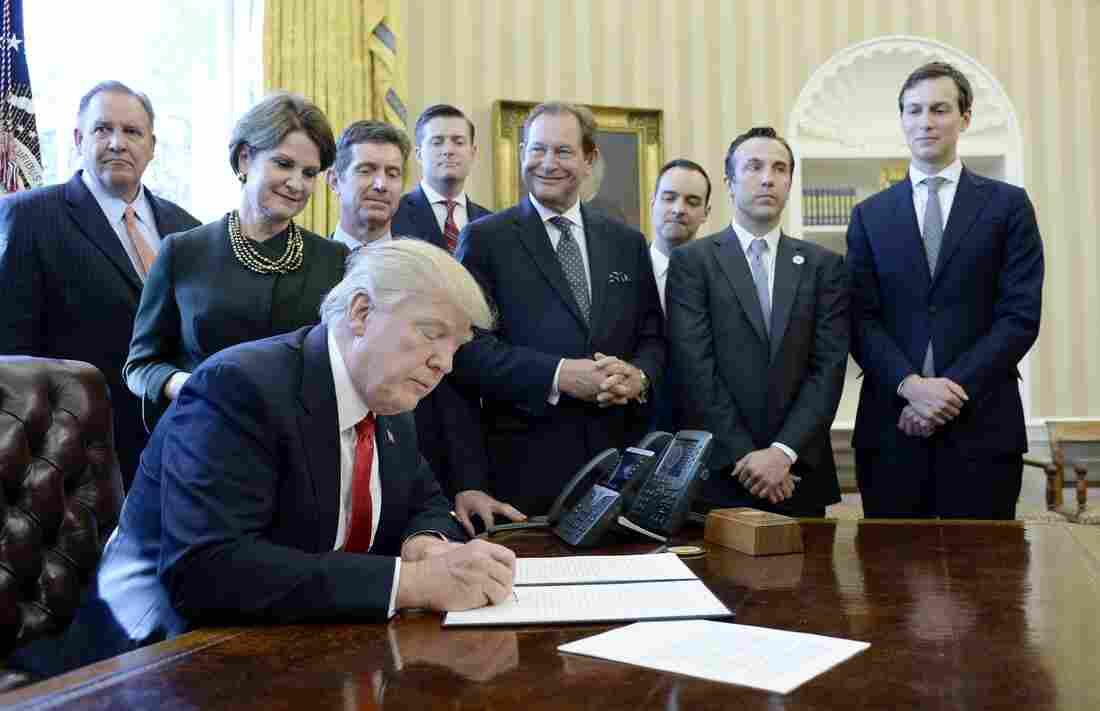 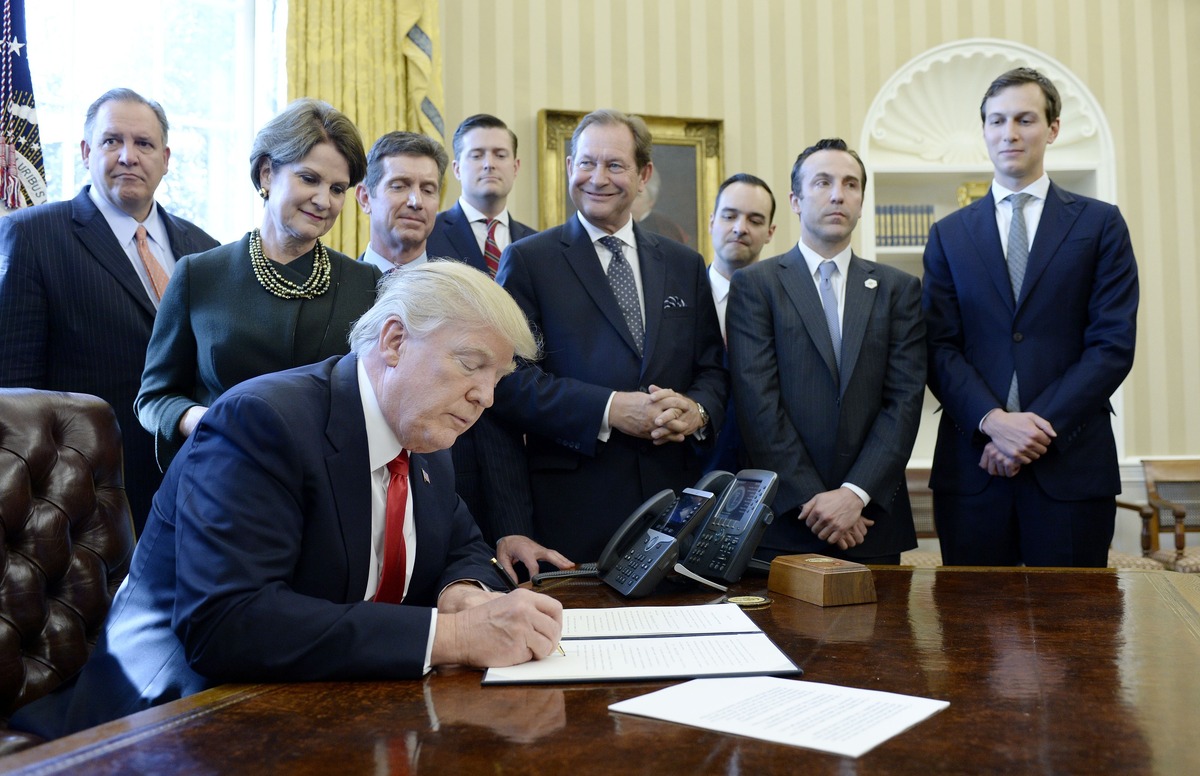 President Trump signed an executive action on Friday aimed at reducing red tape. It directs each federal agency to set up a task force to identify costly regulations that could be scaled back.

"Every regulation should have to pass a simple test," Trump said. "Does it make life better or safer for American workers or consumers? If the answer is no, we will be getting rid of it — and getting rid of it quickly."

Trump says for years, he has heard complaints from corporate executives about overly burdensome regulations. Some of those executives joined the president in the Oval Office for the signing ceremony. Among those attending were leaders of Lockheed Martin and Dow Chemical.

President Trump At CPAC: 'The Era Of Empty Talk Is Over'

"This executive order is one of many ways we're going to get real results when it comes to removing job-killing regulations and unleashing economic opportunity," Trump said.

Of course, one person's job-killing regulation is another's lifesaving rule. Environmentalists warned the president could go overboard in his deregulatory zeal.

"President Trump is rigging the system so corporate lobbyists can lower standards that protect the public health and safety of all people in this country," said Tiernan Sittenfeld of the League of Conservation Voters. "These task forces will attempt to roll back common-sense protections for the air we breathe, the water we drink and the lands we cherish."

"Today's action by President Trump will unleash innovation across the nation, and it will allow our economy to grow, help lower energy costs for consumers, and help American workers," Gerard said.

White House strategist Steve Bannon told the Conservative Political Action Conference on Thursday that one of the administration's top goals is dismantling the regulatory framework that previous Democratic presidents have put in place.

"The way the progressive left runs is, if they can't get it passed, they're just going to put in some sort of regulation in an agency," Bannon said. "That's all going to be deconstructed."