Accessibility links
River Guide Wants People To Paddle The Mighty Mississippi, Not Fear It Few people that live in the Mississippi Delta ever go out on the river. John Ruskey, owner of Quapaw Canoeing Company, wants to change that and get people connected with this wild place. 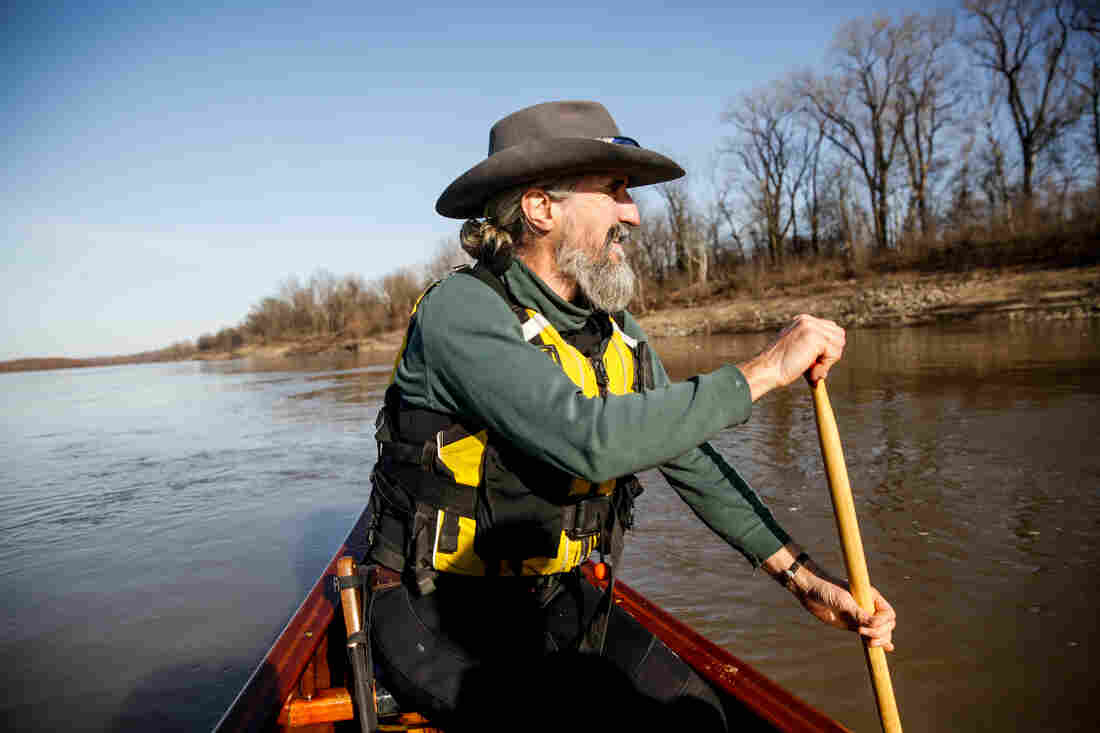 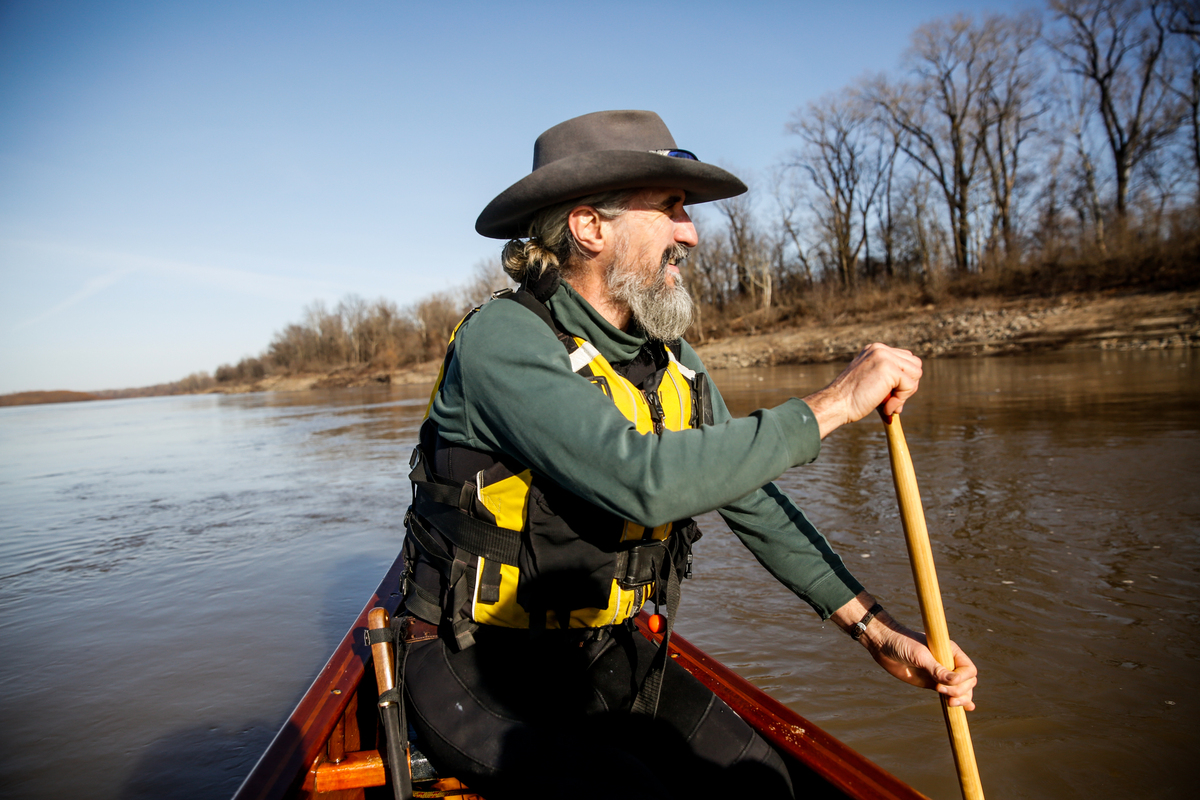 It's a chilly February day as we set out from the Arkansas side of the Mississippi River. We're in a 24-foot cypress canoe, paddling south, with John Ruskey guiding in the stern.

The first stretch of journey, just south of Helena, Ark., is far from wild. We paddle past lots of industry lining the riverbanks: Along the shore, we see grain being pumped from a giant grain elevator into barges on the river. We pass coal and petrochemical docks, too, supplying or offloading the barges that ply this river up to Minnesota, and down to the Gulf of Mexico.

But we're heading to the wild spaces, farther down river.

John Ruskey, who owns the Quapaw Canoe Company in Clarksdale, Miss., leads trips out on this river. The company builds canoes, but more than anything, they want folks to pay attention to the wildness around them.

"This image gets cemented in their minds that the Mississippi is an industrial ditch," says Ruskey. 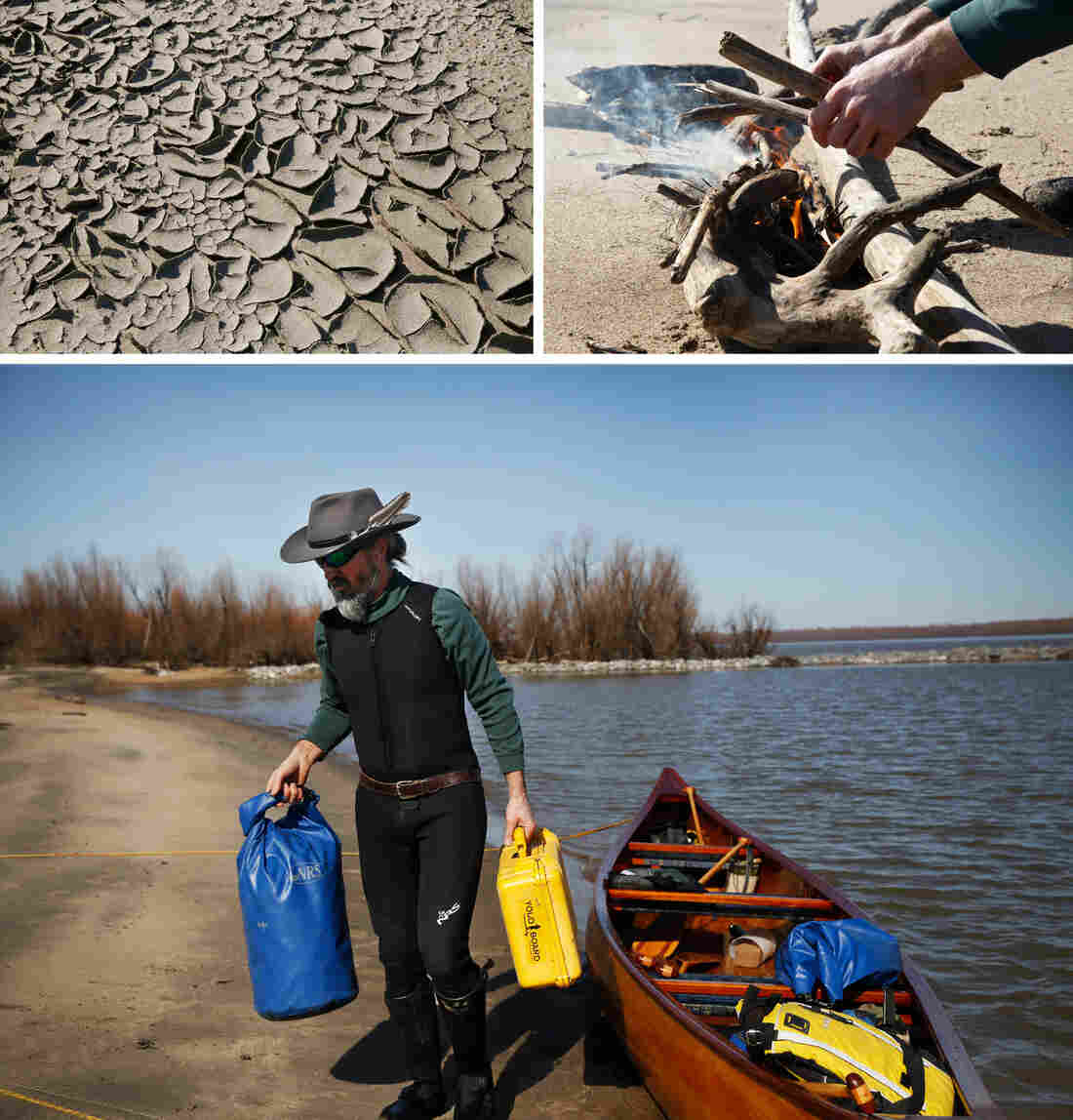 By the end of our journey, we've paddled nine miles and we're drifting in wilderness: The banks are lined with willows starting to bud, and the deep water is an olivey brown.

"The river created this entire landscape," he says. Those 22 million acres were all mud laid by the Mississippi River. And it's not talked about much, it's not thought about much, but it's this eternal fact of life in the Delta."

We're surprised to hear this a lot as we travel through the Delta: People who live along the river never even see it. It's hidden: tucked away behind the levees.

"I think it's so locked into the history and the culture of people here to fear the river and just stay away from it," Ruskey says. "Parents tell their children, 'Stay away from the river. I don't care what you do, but do not swim in that river.' "

And it's true: the Mississippi's currents are strong. They can easily suck you away.

But with the right guide, it's a great adventure. And that's why it's so important to John Ruskey to get Mississippi schoolkids out on the water: He wants them to know this part of their landscape. He says, he sees it all the time: Once they paddle the Mississippi, they go home changed.