Accessibility links
'The Poky Little Puppy' And His Fellow Little Golden Books Are Turning 75 Sold in supermarkets for just 25 cents, these inexpensive picture books — with cheerful illustrations and golden spines — were designed to democratize the children's book market. 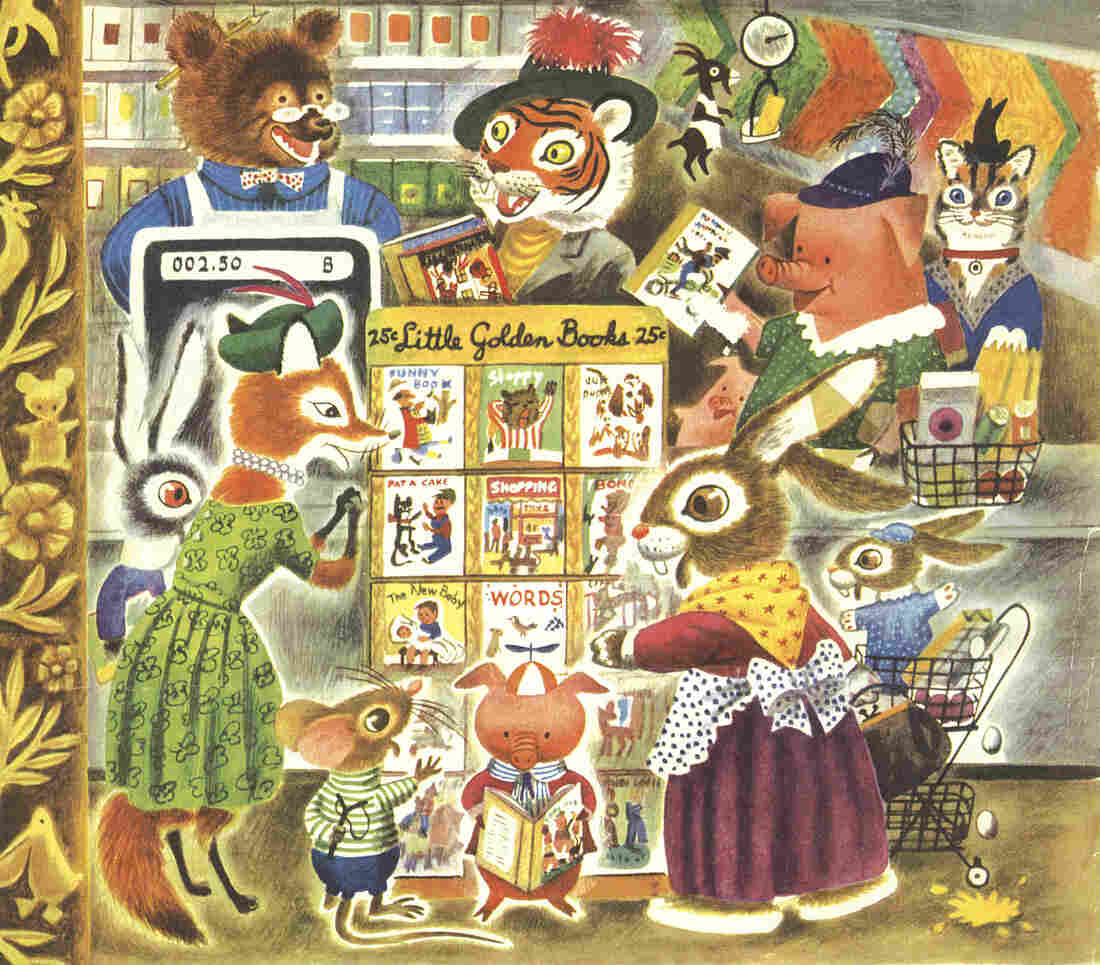 Little Golden Books were sold for just 25 cents in department stores, drug stores and supermarkets. This ad, aimed at grocery chains, illustrated how shoppers picked up the inexpensive picture books during their every day shopping. Courtesy of Penguin Random House hide caption

In the 1950s and '60s, if there were any children's books in a house, at least one of them was likely to be a Little Golden Book. With their golden spines and brightly colored pictures, they begged to be grabbed off a shelf by a curious child — which is exactly what their creators intended. Those beloved books celebrate their 75th birthday this year. 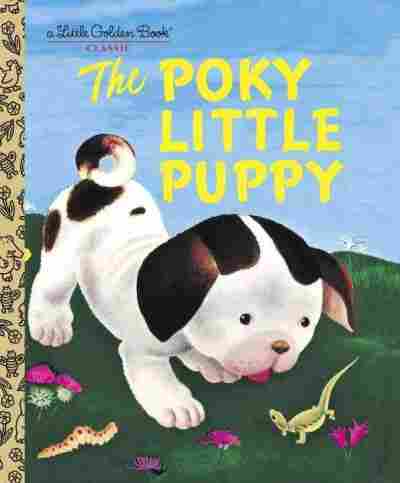 First introduced shortly after the start of World War II, many of them — such as The Tawny Scrawny Lion, The Saggy Baggy Elephant and The Poky Little Puppy — have become classics.

There were a lot of reasons that Golden Books became an instant success when they were first published. The most obvious one was the price — they cost just 25 cents. Up until then, children's books were found mostly in libraries or high-end book stores and were meant to be handled with care.

"They tended to be very expensive. So even if you could find one of these books in a store, only a certain percent of the population could afford to bring them home," explains author Leonard Marcus.

Marcus wrote The Golden Legacy: The Story of the Golden Books. He says the printers, publishers, writers and artists who brought Golden Books to the market had a lofty goal — they wanted to "democratize children's books," making them both affordable and accessible. To that end, they were sold in department stores, train stations, drugstores and supermarkets.

"Kids would come with their parents," Marcus says. "And they'd be sitting in the shopping cart and they'd reach out to the rack and grab a book. And the mother, the father, would look at it and see that it was only 25 cents and they'd put it in the cart. And that would happen over and over again." 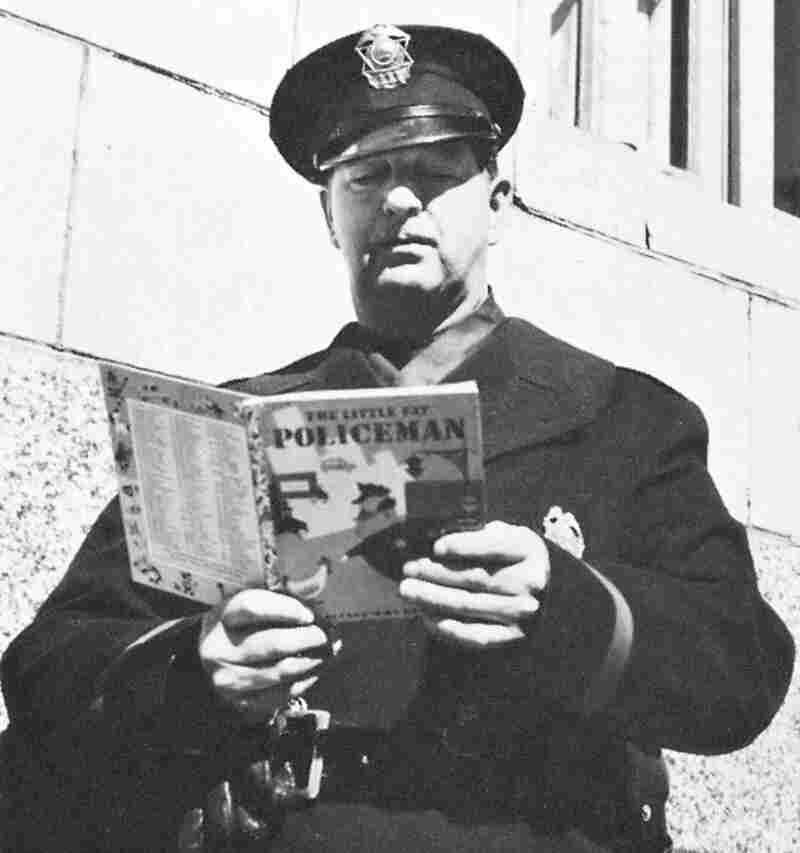 Officer Renny Hoogerhuis poses with a copy of The Little Fat Policeman. The 1950 Little Golden Book was given to every rookie officer on the New York police force in 1955. Courtesy of Penguin Random House hide caption 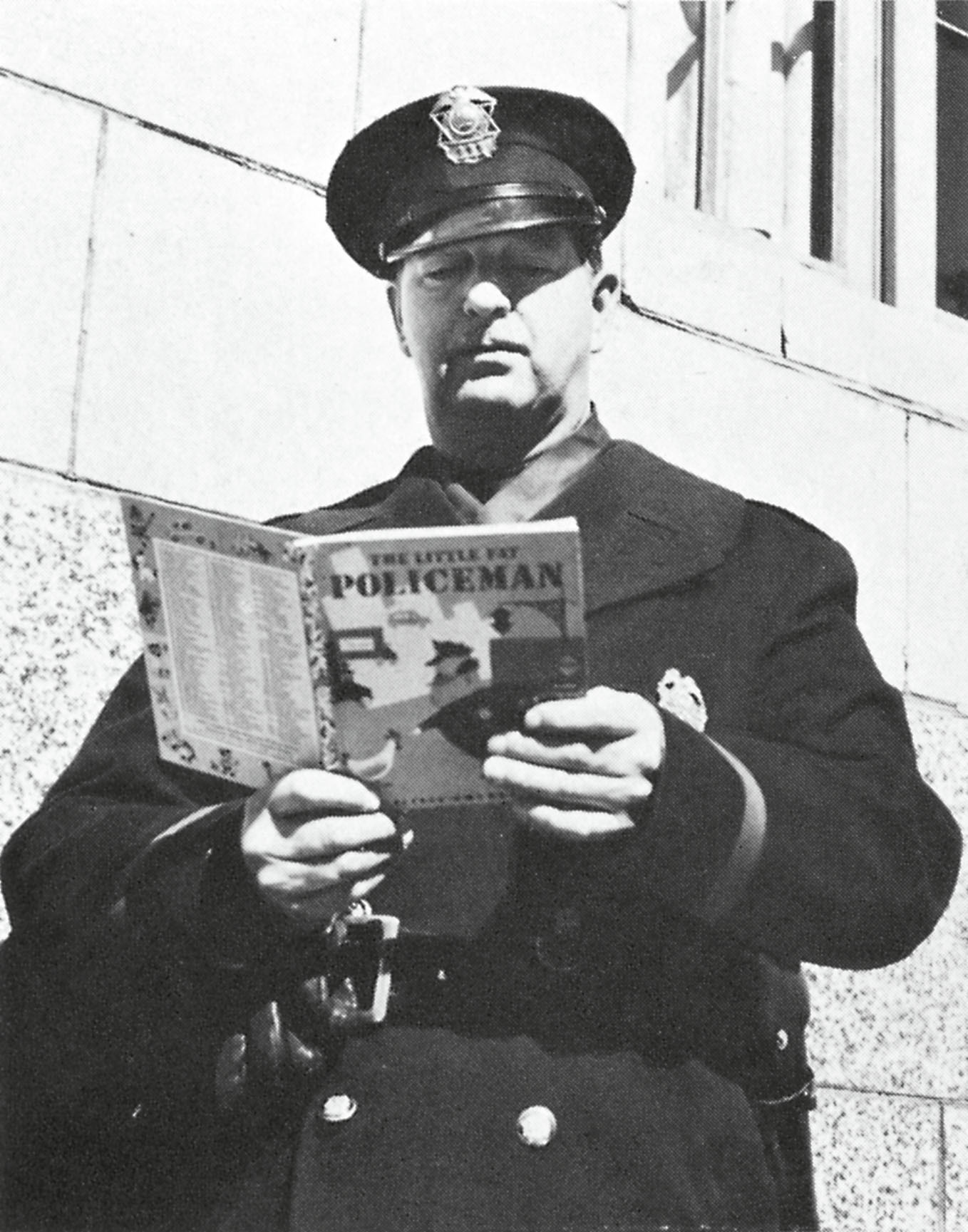 Officer Renny Hoogerhuis poses with a copy of The Little Fat Policeman. The 1950 Little Golden Book was given to every rookie officer on the New York police force in 1955.

Golden Books became a kind of totem of the times for baby boomers who grew up in the 1950s and '60s. George Saunders, author of the bestselling Lincoln in the Bardo, says Golden Books were a highlight of his visits to his grandmother.

"She had a collection," he recalls. "And I can remember heading over with the anticipation that we'd wallow in these books a bit."

He says he remembers the pictures best: "In those editions there's some magic between the words and the images," he says. "Something about the kind of primary nature of the images and how those colors just explode off the pages. I think that may have been the first time I became aware of art. ... I could feel in my mental and physical reaction to those books that something really incredible was going on."

And there was something magical going on. Diane Muldrow, an editorial director at the current incarnation of Golden Books, says the publisher drew on two talented pools of artists: animators who wanted to leave the Disney studios and commercial artists fleeing the war in Europe. Teaming up with an equally creative team of writers, Muldrow says, they came up with a sophisticated product in a deceptively simple package. 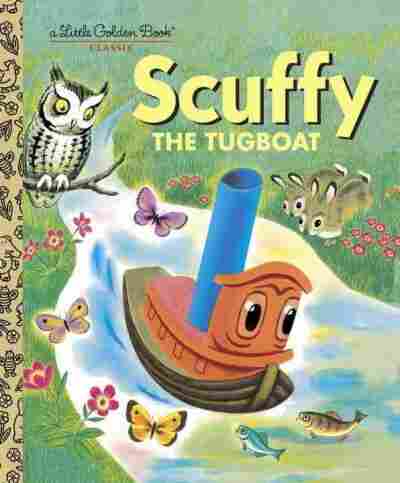 And His Adventures Down the River

by Gertrude Crampton and Tibor Gergely

"I think that sense of motion and wit — it really shines through the books," says Muldrow. "When I think of these famous Little Golden Books — like Tawny Scrawny Lion, Scuffy the Tugboat, The Shy Little Kitten -- these books have a wit to them, a slyness that I think was very rare at the time. It's lasting."

In the 1960s Golden Books drew criticism for their lack of racial diversity, and the creative teams behind the books worked to make them more inclusive. In the '70s, Golden Books began getting some competition from inexpensive paperbacks; by the '90s, the company went bankrupt.

The books are now published by Penguin Random House. Though not as ubiquitous as they once were, they are still around, and still much loved, says Muldrow.

On the front of every Golden Book, there's a name plate that reads, "This book belongs to ... " They beckon children to write their names in the books — making them their own. 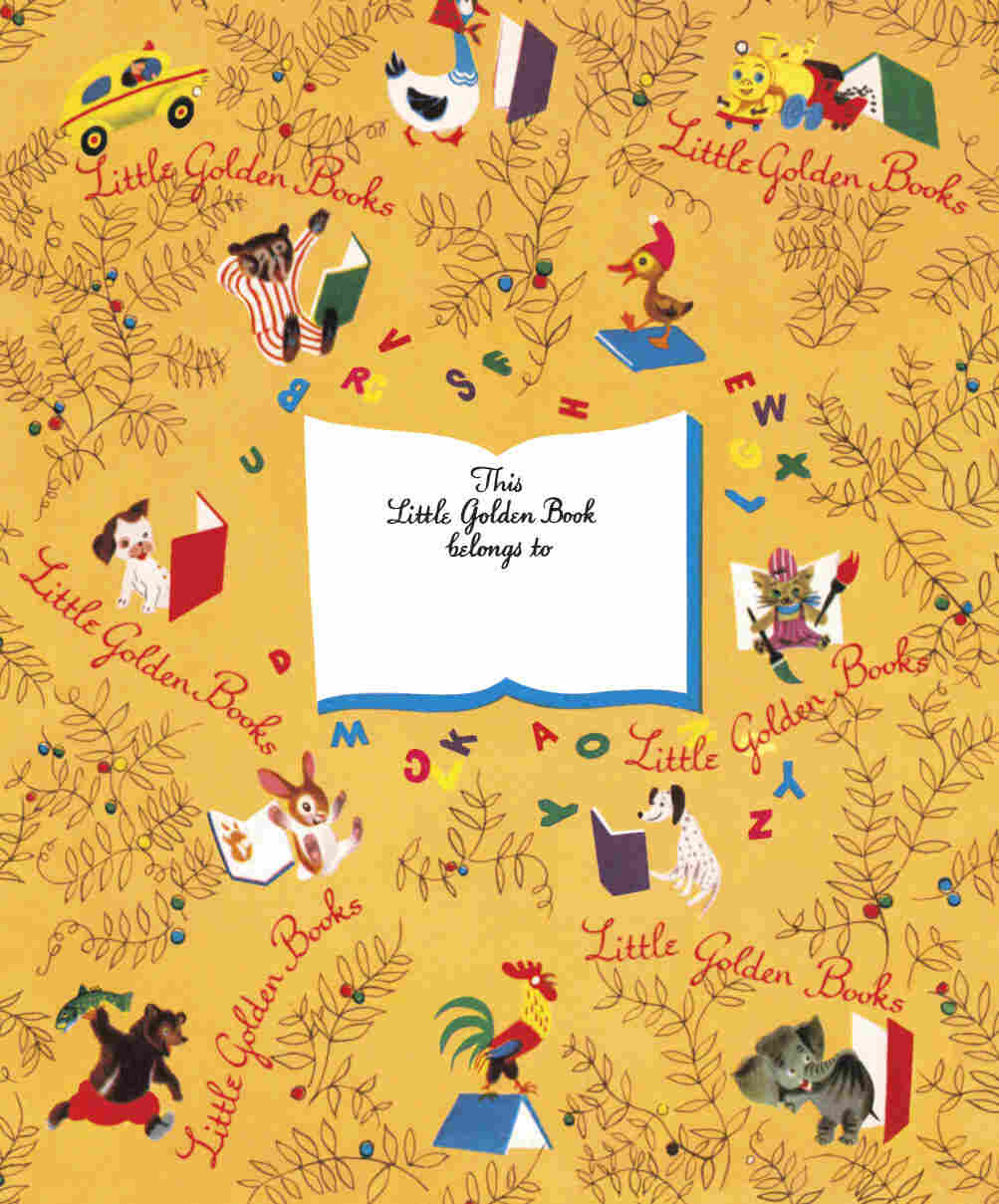 Make Way For Celebration: These Ducklings Are Turning 75