Accessibility links
'Take The Cannoli': 45 Years Spent Quoting 'The Godfather' The Godfather was released 45 years ago this spring. NPR's Scott Simon takes the anniversary as an opportunity to revisit some of his favorite lines from the classic film. 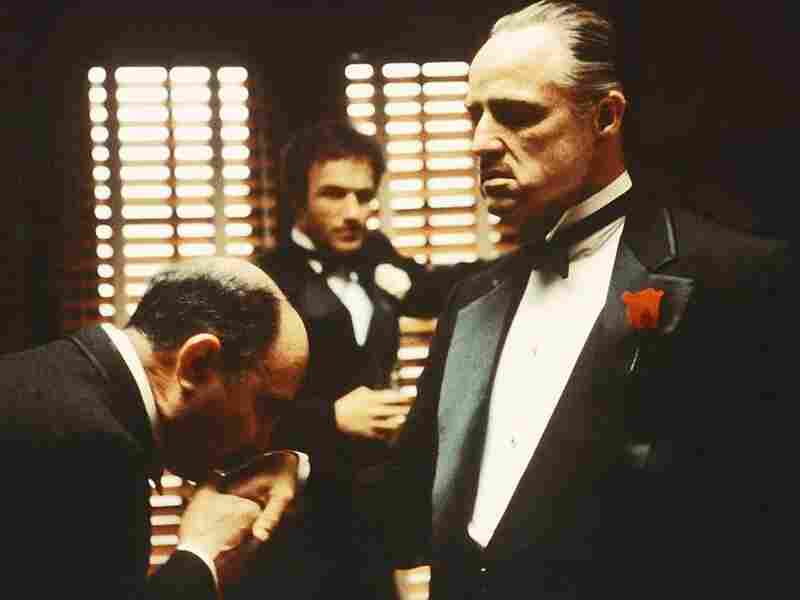 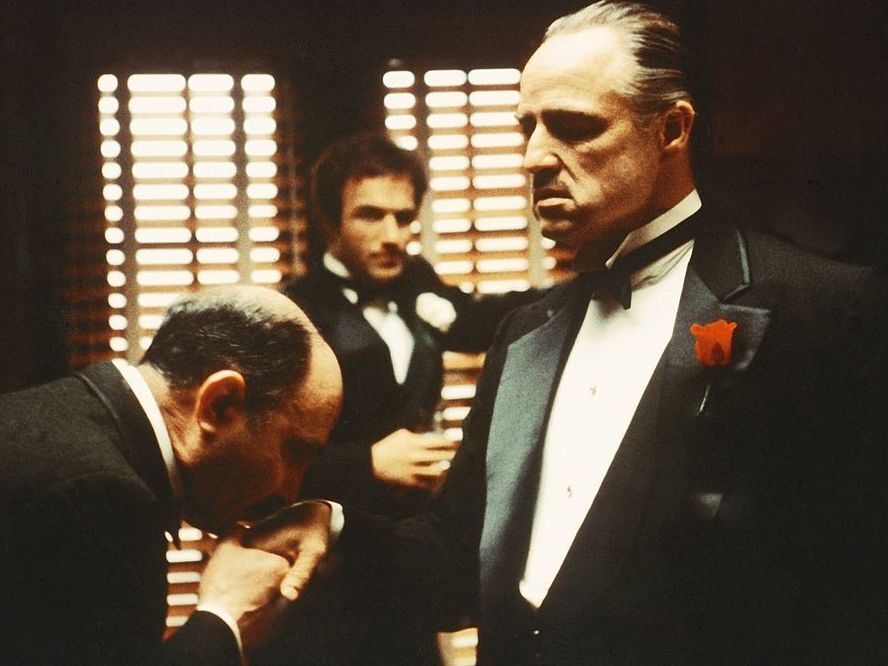 From left to right, Salvatore Corsitto as Bonasera, James Caan as Santino 'Sonny' Corleone and Marlon Brando as Don Vito Corleone in 'The Godfather'.

The Academy Awards are Sunday night. But that's just what we call a peg for what I really want to talk about.

This spring marks the 45th anniversary of The Godfather.

"Leave the gun. Take the cannoli."

Francis Coppola's film is smartly scripted, beautifully acted and gorgeously directed. It's one of those special films you can see every few years and notice something new each time. It's an opera, really, where the arias are story lines about love, blood and America.

I think an important part of why The Godfather has become a part of popular culture, almost half a century after it was made, is that you can find a line from the film for most any occasion.

"It's not personal. It's strictly business." See? That's what Michael Corleone told Sonny when he said he would whack Sollozzo, The Turk, who ordered the hit on Vito Corleone.

Some of us have been quoting The Godfather most our lives. We can have whole conversations, just with lines from the film.

"I'm gonna make him an offer he can't refuse."

"He held a gun to his head, and my father assured him that either his brains or his signature would be on the contract. That's a true story."

"I never wanted this for you. I work my whole life. I don't apologize. I took care of my family. But I thought when it was your time, you'd hold the strings. Senator ... Governor. ..."

"It's an old Sicilian message. It means he sleeps with the fishes."

"What are you worried about? If I wanted to kill you you'd be dead already."

"Do you know who I am? I made my bones when you were going out with cheerleaders!"

"I want someone who's good, and I mean very good, to plant that gun. I don't want my brother coming out of that toilet with just his d*** in his hands."

"You're my older brother, and I love you. But don't ever take sides against the family again. Ever."

"A man who doesn't spend time with his family can never be a real man."

"Today I settle all family business, so don't tell me that you're innocent."

"You talk about vengeance. Is vengeance going to bring your son back to you, or my boy to me?"

"Certainly he can present a bill for such services; after all ... we are not communists."

"Leave the gun. Take the cannoli."