Frank Delaney made you realize the Irish gift of gab is really a force of nature, the contrivance to survive bleak skies, raw weather, imperialism, hunger and bloody history with the music and the might of words. Frank told us when his book "Ireland" came out in 2005...

FRANK DELANEY: It is a place that is a symbol of David versus Goliath. It is the tiny country that won, that won its independence from a great world empire. It is a place where story is really all that matters. Truth is whatever you want it to be. Possibility is everything.

SIMON: He was a writer, broadcaster, best-selling novelist, critic, raconteur and Joyce scholar. And we kept asking back to talk about books, Ireland and even soccer because no one could make more of a ceremony out of a sentence. Our families became friends, and we got to know Frank's warmth and wit across dinner tables, too.

He was in the middle of a 25-year commitment to reread and illuminate James Joyce's "Ulysses" line by line in a weekly podcast called "Re: Joyce" when he died this week at the age of 74. We will keep reading with Frank Delaney's voice in our head.

June 16th is Bloomsday, the annual celebration of the life and the work of James Joyce and the events he depicts in his novel, Ulysses. But for author and broadcaster Frank Delaney, every day is Bloomsday.

One year ago Delaney began an ambitious project: deconstructing Ulysses sentence by sentence for a weekly podcast called "Re: Joyce," which has been downloaded more than 100,000 times.

By Bloomsday this year Delaney will have completed the book's first chapter, leaving only 17 to go. He tells NPR's Scott Simon that the process has taken longer than he anticipated.

"I did think when I started it was going to take around 20 to 22 years," Delaney says. "But given that Chapter One, which is one of the shortest and simpler chapters in the book, has taken exactly one year, I revised my estimates upward and I'm looking at around 28 to 30 years."

A listen to just one episode makes clear why the project will take so long to complete. In the podcast labeled Episode 1, which was posted on Delaney's website on June 16, 2010, he reads the book's very first words:

"Stately, plump Buck Mulligan came from the stairhead, bearing a bowl of lather on which a mirror and a razor lay crossed."

Then he dives into the many layers of meaning:

"'Stately' means dignified, especially in ceremonial. In important processions, people adopt a stately way of walking, but here, the word 'stately' is followed by the three words, 'plump Buck Mulligan.' Nothing stately about the word 'plump,' is there? In fact, it's a term you poke fun with.

"So here's a man with a stately walk and he's called 'Buck,' which indicates some capacity to roister, and he's plump. So what's going on? If you ever want to understand multitasking in prose, James Joyce is your man.

"Every sentence in Ulysses has more than one meaning, and sometimes many meanings. Here, he's poking fun at this character Buck Mulligan, who is something of a fun-poker himself, which is why his walk is stately. So the man doing the mocking is also being mocked."

From there, Delaney reveals the identity of the real-life doctor upon whom Joyce based the character of Buck Mulligan; then the reason why Joyce might have wanted to mock the doctor; then the possibly blasphemous quote Mulligan utters as he holds that bowl of lather aloft. He notes that yellow — the color of Mulligan's dressing gown — is a color associated with memory, before wrapping things up by noting that since Joyce wrote Ulysses long after he left Ireland, all of the book's famous topographical detail was recalled by the author from memory. All this, spun out of the words contained in the book's opening paragraph, and in just five-and-a-half minutes. 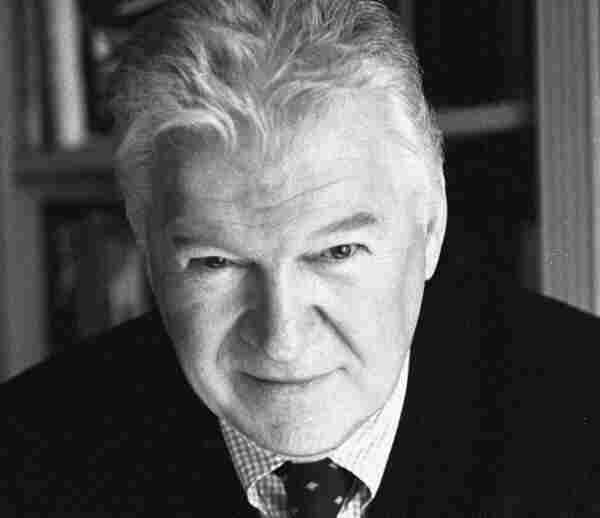 Frank Delaney is the author of more than a dozen novels, as well as the book James Joyce's Odyssey, in which he retraces the journey of Joyce's characters in Ulysses around Dublin. Courtesy of the author hide caption 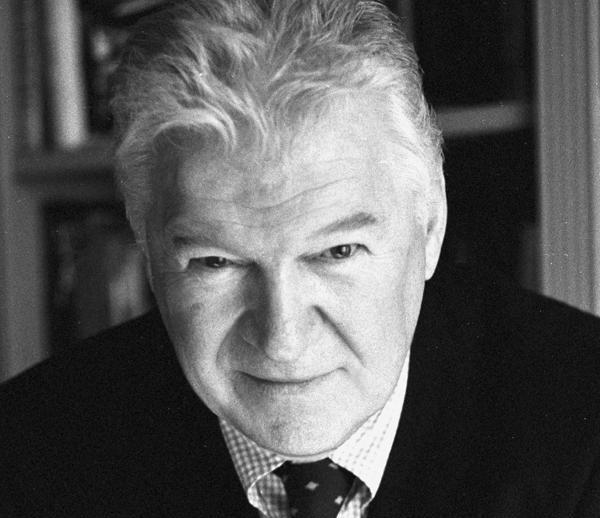 Frank Delaney is the author of more than a dozen novels, as well as the book James Joyce's Odyssey, in which he retraces the journey of Joyce's characters in Ulysses around Dublin.

Delaney is the author of 1981's James Joyce's Odyssey, in which he retraced the steps of the characters in Ulysses through the streets of Dublin. He says his fascination with the book stems from a long-held desire to break down the barrier of incomprehension between the legendary work and the general public.

"I am a passionate believer in democratization. I couldn't bear, when I was in my twenties, that a fellow countryman of mine had written a book that I couldn't understand," Delaney says. "Not only could I not understand it, but a whole cadre of people across the world seem to have a vested interest in making sure that nobody understood it."

This is due, according to Delaney, to a culture of snobbery that pervades literary criticism, a culture which might as well hold Joyce as a totem.

"He entitled literary snobbery in a way that had never been done before," Delaney says. "The snobbery around Joyce congealed. We couldn't break through it at all."

Delaney had his own early struggles with the book, trying and failing to make his way through it three times before realizing that the only way he could hope to absorb the novel would be for him to write his own book about it.

On his podcast, Delaney has employed various devices to make the material more accessible to listeners. He admits to having needed to read passages of the book aloud to himself in order to get through them, and performed a rap in celebration of Joyce's birthday on Feb. 2. Delaney says he uses techniques like the rap "to break through the idea that this man is impossible to understand."

As an example of the appeal Joyce's writing holds for him, Delaney points to a brief passage from the third chapter of Ulysses that weaves together multiple references to 18th century poet William Blake.

"The excitement of unwrapping all these references is something unrivaled in my life," Delaney says. "And at the same time, it takes me away from my ordinary world and it's kind of like a little, private university to which one goes and in which one receives a diploma every single day."