Accessibility links
On Its Latest Album, Foxygen Keeps A California State Of Mind The duo discusses its nonlinear approach to songwriting and arrangement, and how tales of Hollywood scandal and murder inspired its newest project, Hang. 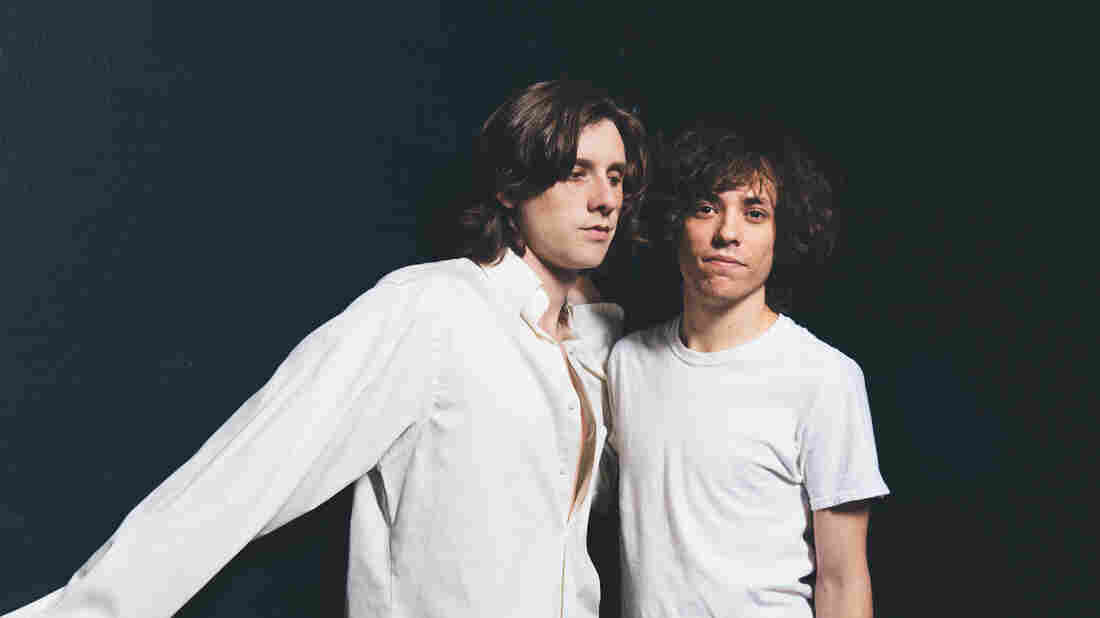 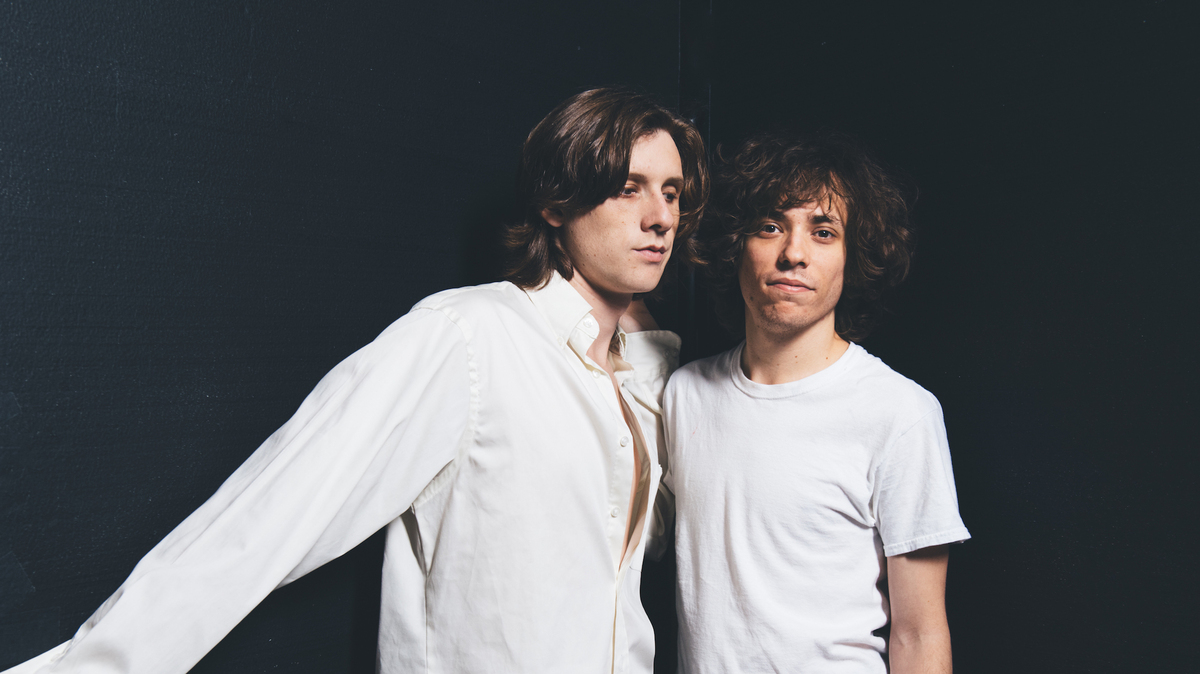 Jonathan Rado and Sam France were in eighth grade when they first met and began making music together. Their tastes were simple at first — straight-ahead rock songs banged out on drums and guitars in a garage. But a dramatic shift happened when they decided to take a less linear approach to recording their work.

Foxygen Returns With A Strange, Epic Anthem For America

"I got really into buying cheap, cheap instruments on eBay — lots of xylophones and melodicas and kind of useless junk — and that was kind of everywhere," Rado says. "We'd just kind of play for like 30 minutes, and then chop the best bits down to a three-minute song."

"We would just get some idea and be like, 'What if we did that?' And it sounds insane at the time," France adds. "We don't always hit the exact vision that we have. Whatever we get is what ends up being Foxygen."

Foxygen, as the two are now known, released its psychedelic breakthrough album, We Are the 21st Century Ambassadors of Peace & Magic, in 2013 — and had a hit with the song "San Francisco." On their latest project, they're still focused on California — but this time, on its dark side.

Rado and France spoke with weekends on All Things Considered about how the new album Hang, was inspired by a book about Hollywood scandals and murders. Hear the full conversation at the audio link.