Accessibility links
Why Trump's Speech To Congress Is Not A State Of The Union It may look and sound like a State of the Union, but following tradition, Trump's remarks his first year in office will simply be an address to a joint session of Congress. 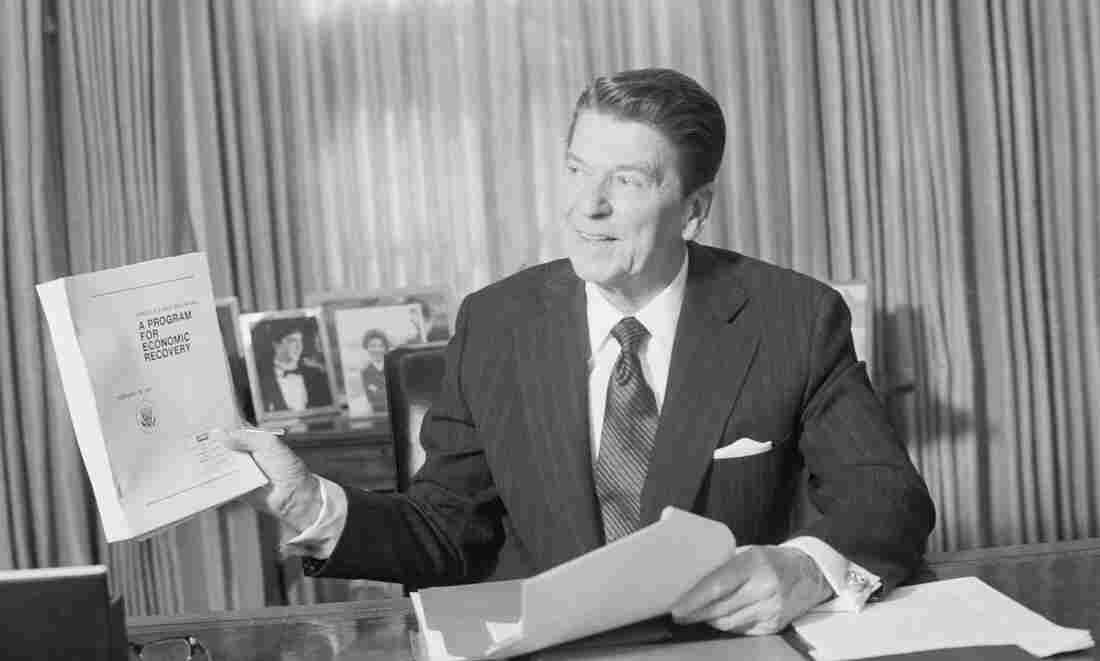 President Reagan holds up the book form of his economic plan, which he presented to Congress on Feb. 18, 1981. In addressing Congress, presidents often present specific policy proposals and plans for the nation. Bettmann Archive/Getty Images hide caption 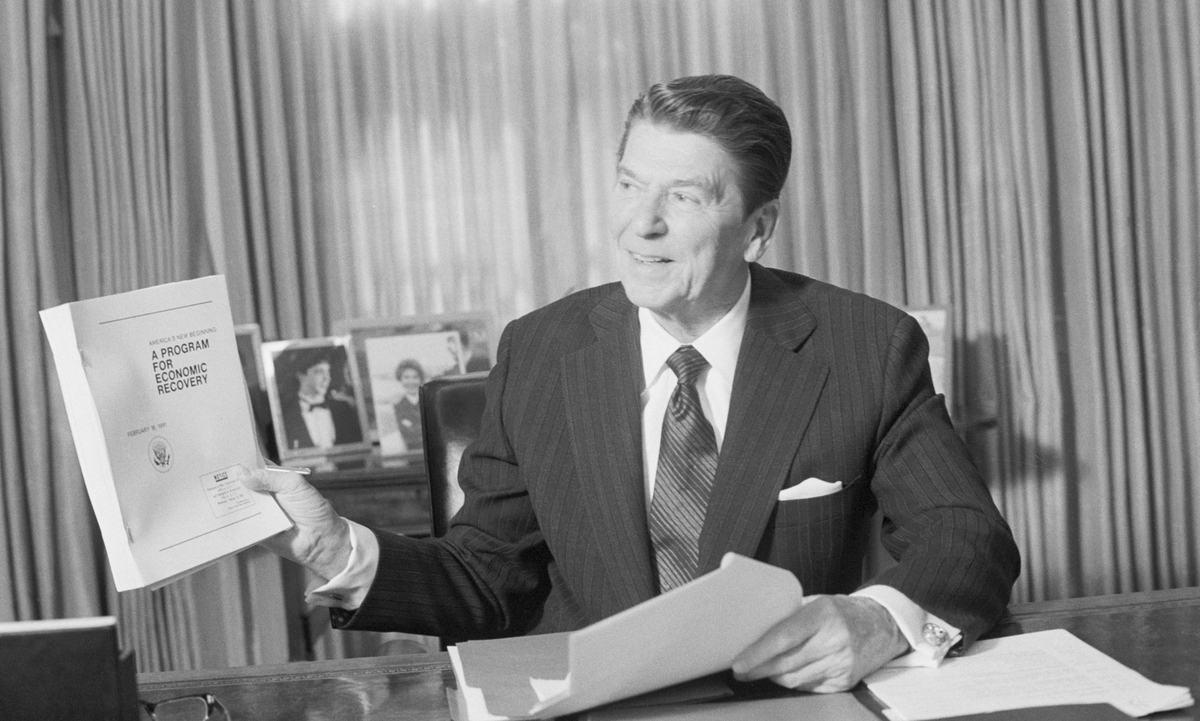 President Reagan holds up the book form of his economic plan, which he presented to Congress on Feb. 18, 1981. In addressing Congress, presidents often present specific policy proposals and plans for the nation.

It will certainly feel like a State of the Union on Tuesday night: The president will make a major speech to Congress. A bit more than half the room will applaud resoundingly while a bit less than half sit on their hands in that familiar and awkward display of partisanship. Members of Congress will invite guests that telegraph pointed political messages, and the TV commentators will tell us who they are.

But although the drinking game rules remain roughly the same, President Trump's speech is not a State of the Union. It's simply an address to a joint session of Congress.

The president gives remarks at the invitation of the speaker of the House — in this case, Rep. Paul Ryan — and it's up to the speaker what the speech is called, says Gerhard Peters, co-director of the American Presidency Project at the University of California, Santa Barbara.

Ryan invited Trump to give an "address" and not a State of the Union speech. That's mainly out of tradition: Trump, like his predecessors in the first year of their presidencies, is assumed to be too new to the job of running the country to authoritatively describe the state of the nation.

Presidential updates to Congress on how the country is faring are expressly called for in the Constitution. Article II, Section 3 declares: "He shall from time to time give to the Congress Information of the State of the Union, and recommend to their Consideration such Measures as he shall judge necessary and expedient."

But there are no requirements for how often or what form it should take --although there has been some sort of annual State of the Union message since George Washington established the precedent in 1790. It was Ronald Reagan in 1981 who began the tradition of a presidential address to Congress about a month after taking office. Every president since then has done so, usually focusing on specific issues, like the budget or health care.

It's unclear how specific Trump will be with policy proposals in his address, but senior administration officials say the president will take an optimistic tone, focusing on economic opportunity, national security and the "renewal of the American spirit" — a contrast from his inaugural address, in which Trump described a country in crisis.