Accessibility links
Meet Tank And The Bangas, Winner Of The 2017 Tiny Desk Contest NPR's Ari Shapiro speaks with the crew of young New Orleanians who won over our panel of judges with with a bouncy, exuberant song called "Quick." 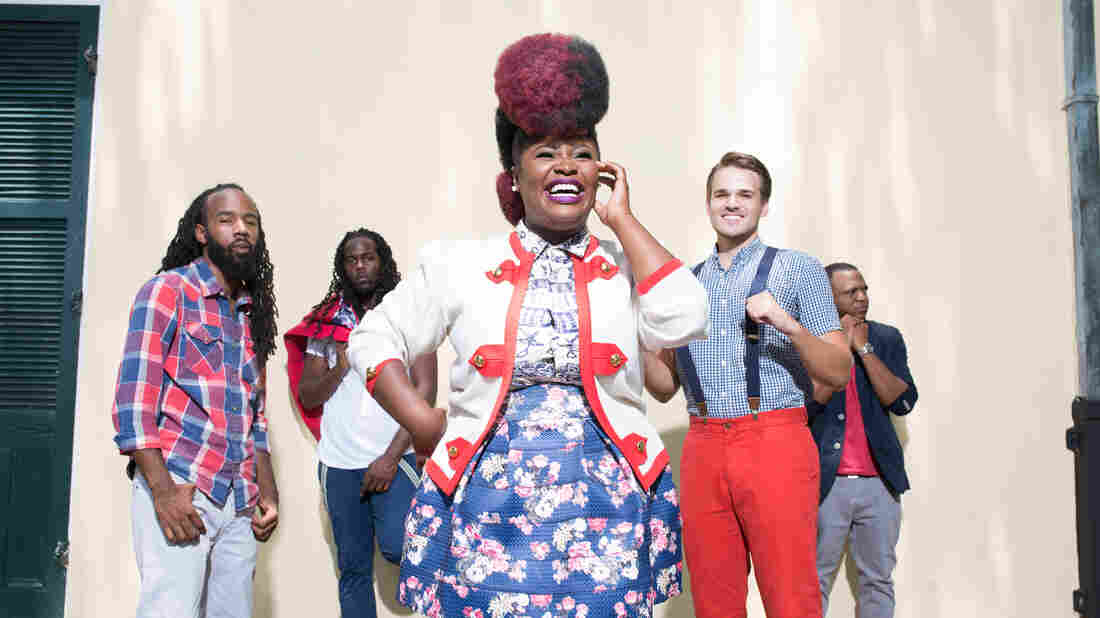 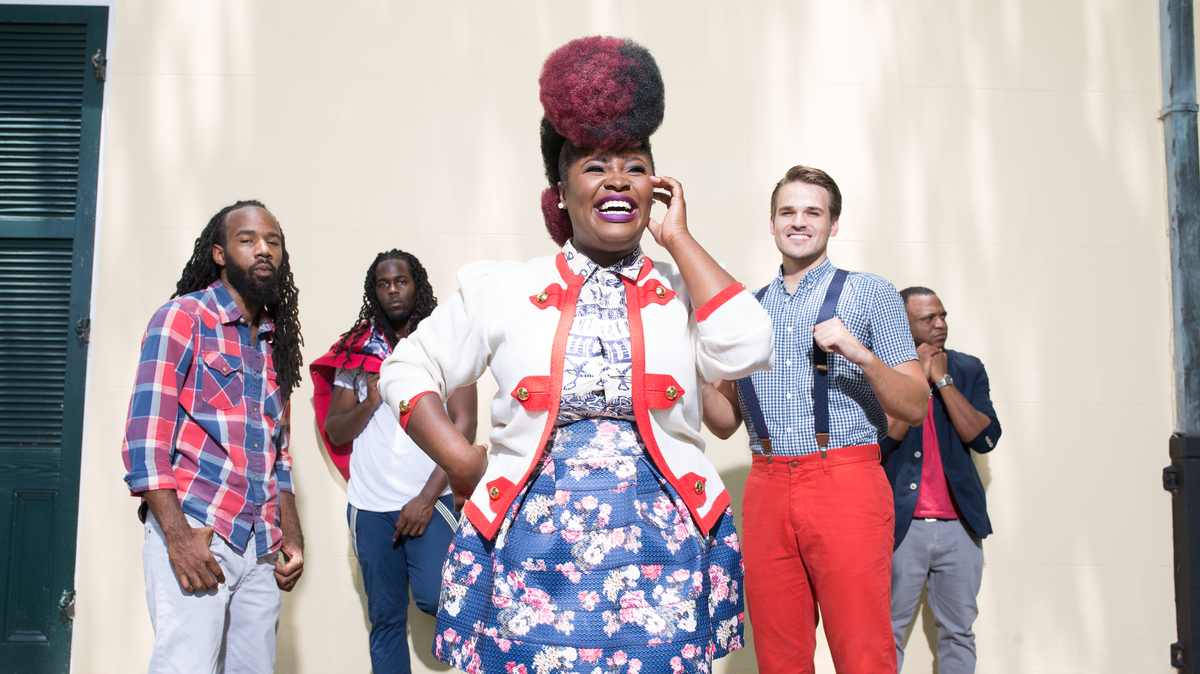 Tank and the Bangas won this year's Tiny Desk Contest.

Gus Bennett Jr./Courtesy of the artist

We have a winner. For the last three years, thousands of musicians have submitted videos to NPR Music's Tiny Desk Contest for a chance to come to Washington, D.C. and perform at NPR's home office. This year, the judges settled unanimously on Tank and the Bangas, a group of half a dozen young New Orleanians who wear their geography on their sleeves in their winning submission, "Quick."

Introducing The Winner Of The 2017 Tiny Desk Contest

NPR's Ari Shapiro caught up with the band, led by vocalist Tarriona "Tank" Ball. Hear their conversation at the audio link, and read an edited version below."

Ari Shapiro: I've got to start by asking where the name Tank and the Bangas came from.

Tarriona Ball, a.k.a. Tank: "My nickname is Tank. My dad was in college — he played football, and they called him 'Cannonball,' and it would be so crazy that years later he would call me his 'Tank.' He passed on, and I really feel like I'm living out his dreams through the simple nickname that he gave me. It's kind of crazy that the whole world knows it now."

Where does the word "Bangas" come from?

"We started this open mic at this cafe that we used to be at called Black Star Cafe, and I guess they added Bangas on because you would go there every Sunday and the music would be bangin'."

Tell me about the song that you submitted for the Tiny Desk Contest.

"Well, the song is called "Quick!" One day, Albert [Allenback], the saxophonist of the group, was playing with beats in his room like he does. And he brought this to Joshua [Johnson] one day ..."

Joshua's the musical director and drummer.

"Yes. And we were just playin' in the car and he was like, 'I want you to write something to this.'"

Tell us about where you took it in this song.

"The song is about a guy that tried to really get a girl and she's just planning on getting him back. It's about a high-speed chase; it has lot of elements, and the story is actually told backwards.

"I don't know if you know this hand game called 'Down by the river called Hanky Panky, where the bullfrogs jump bank to bank'? That's how I got the first line, 'Down by the river where the green grass grow, where the sun be burning hot.' I have a lot of childhood memories that still stick with me a lot today, and it's always incorporated into music in some type of way. 'My back is achin', my bra too tight': It's hand games that we would play as little girls."

You guys are a New Orleans band, so it's appropriate that we're talking on Mardi Gras. What is New Orleans about your sound?

"One of the beautiful things that I guess I could say about Tank and Bangas, that a lot of people even from New Orleans know, is that we are very different from what is traditionally New Orleans. New Orleans has a good ground of beautiful, great music that's ... jazzerific, if that's even a word, that's brassalicious and definitely bounceaholic-anism. But if I was to take anything from New Orleans — definitely just being an entertainer.

"In New Orleans, you could walk down the street and someone is standing still just for money. There are children tap-dancing for change. There's a brass band on the corner almost every night. And you just know that no matter what you're going through, that New Orleans wants you to know, for some reason, that it will be all right if we put a beat to your pain. It's just something about walking those streets and seeing people, old [people], start dancing like young boys when they hear certain music. You want to always carry on that tradition of what New Orleans is."