Some Democrats Will Bring Muslim Guests To Trump's Speech

Some Democrats Will Bring Muslim Guests To Trump's Speech 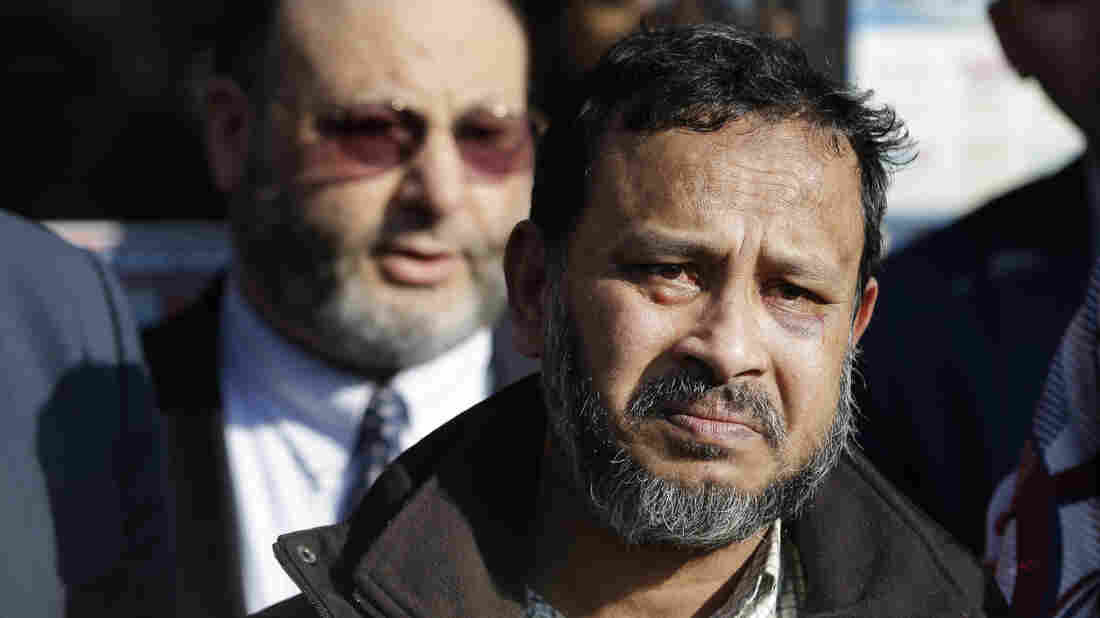 Sarker Haque, a Muslim originally from Bangladesh who has lived in Queens for 30 years, was attacked in his store by a man who allegedly said he wanted to "kill Muslims." Haque will be a guest of Rep. Joseph Crowley, D-N.Y., at President Trump's speech to Congress. Seth Wenig/AP hide caption 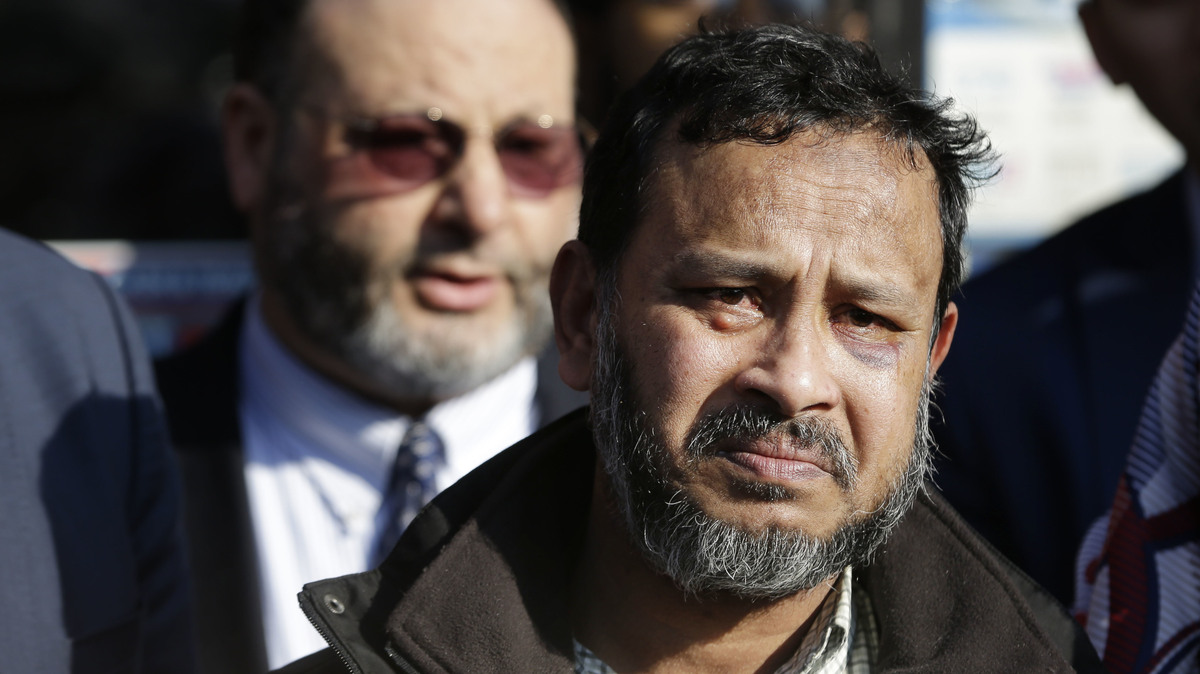 Sarker Haque, a Muslim originally from Bangladesh who has lived in Queens for 30 years, was attacked in his store by a man who allegedly said he wanted to "kill Muslims." Haque will be a guest of Rep. Joseph Crowley, D-N.Y., at President Trump's speech to Congress.

When is a guest list more than a guest list? When politicians bring a plus-one to a presidential address before a joint session of Congress.

Each member of Congress can invite a guest to tonight's speech, and many members will use the occasion to send a pointed political message to President Trump and the public about the issues that matter to them.

For a number of Democrats, their guests of honor are immigrants, a rebuke to Trump's executive orders to halt refugee entry, expand the pool of unauthrozied immigrants who are likely to be deported and ban travel by people from seven majority-Muslim countries.

Rep. Nydia Velazquez of New York will bring Hameed Darweesh, who was detained at JFK International Airport for 18 hours when Trump's travel ban was enacted. Darweesh is an Iraqi who worked as an interpreter for the U.S. Army and an engineer for the State Department and Army Corps of Engineers.

Rep. Joseph Crowley of New York is chairman of the House Democratic Caucus, and his guest is Sarker Haque, the victim of an alleged anti-Muslim hate crime. Crowley told reporters that he didn't anticipate any disruptive protests from House Democrats during the speech.

"I think as much as we have nothing in common with the present president, we do respect the office of the presidency," said Crowley. "Keeping that in mind, we'll be polite. We'll show very little, if any enthusiasm at all, for what I anticipate his speech will be about."

Other congressional Democrats are bringing guests who they hope underscore the importance of the Affordable Care Act, which Trump and congressional Republicans say they plan to repeal and replace. Rep. Brad Schneider of Illinois, for example, has invited Tracy Trovato, whose husband has leukemia. Trovato says that if not for the ACA, "our family could have been bankrupted by the cost of the care he needed."

A number of outlets are reporting that Rep. Maxine Waters of California won't attend the address, reportedly telling the House Democratic Caucus that "anyone who can't sit still shouldn't go."

And to the ever-growing list of traditions that are being upended by Trump's presidency, add this one: New York Rep. Eliot Engel, for the first time in his 29 years in Congress, says he won't get an aisle seat and shake the president's hand.

For its part, the White House released the names of special guests that President Trump and first lady Melania Trump have invited to the address. Like those invited by the Democrats, the White House guests were also carefully chosen to illustrate political points with their biographies. Among those who will sit with Melania Trump are Jessica Davis, Susan Oliver, and Jamiel Shaw Sr. — each of whom had a family member killed by an immigrant in the country illegally, according to the White House. Maureen McCarthy Scalia, the widow of Supreme Court Justice Antonin Scalia, will also be a guest in the Trumps' box. Trump recently nominated federal Judge Neil Gorsuch to replace Scalia, who died just over a year ago. Republicans blocked former President Obama's nominee to replace Scalia, Merrick Garland.

Democrats have tapped Astrid Silva to give the party's Spanish-language rebuttal following Trump's address. Silva is an activist and DREAMer, an immigrant who was brought to the U.S. illegally as a child — a life story with relevance that will be lost on no one.