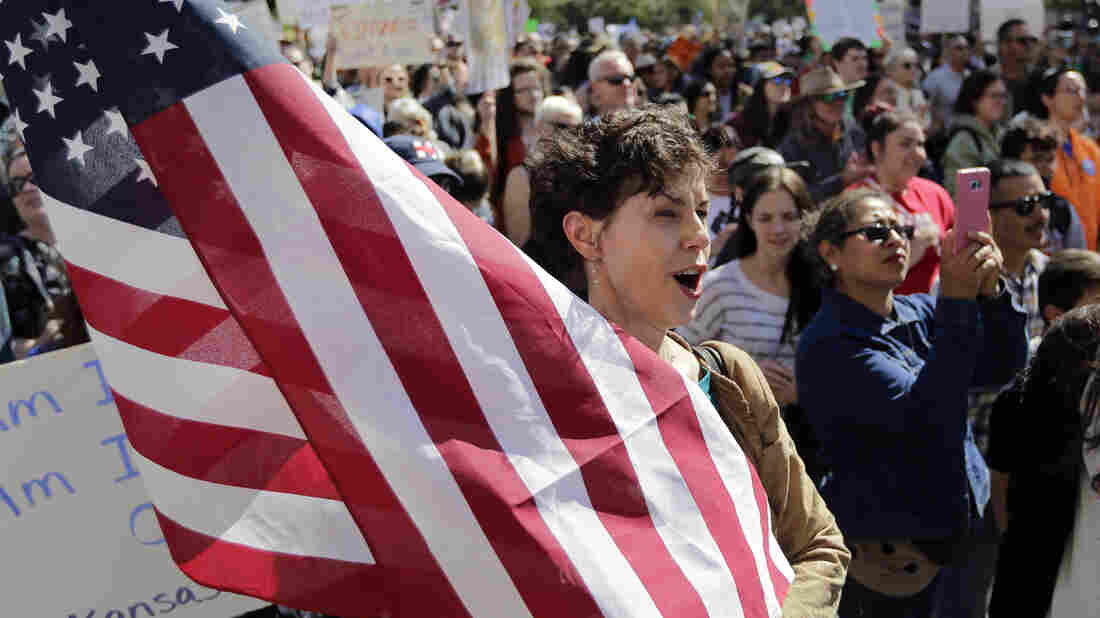 Protesters take part in a No Ban, No Wall rally to support immigrants and oppose a border wall on the steps of the Texas Capitol. Eric Gay/AP hide caption 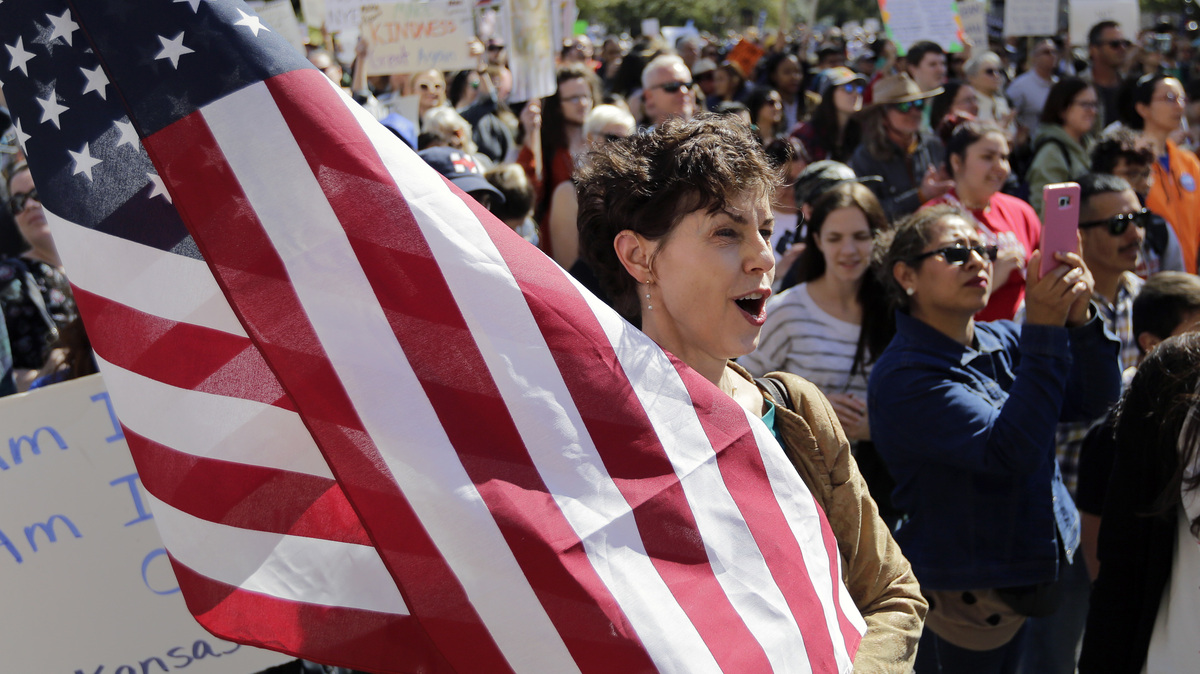 Protesters take part in a No Ban, No Wall rally to support immigrants and oppose a border wall on the steps of the Texas Capitol.

In a lunch meeting with television anchors before the president's address to Congress Tuesday — a meeting that has traditionally been largely off the record — President Trump said he was open to another attempt at an immigration overhaul.

Initially, the White House (which has been critical of anonymous sourcing) insisted that the news not be attributed to the president.

John Yang of the PBS NewsHour was among those in attendance:

Can now report it was @realDonaldTrump himself who said time may be right for immigration reform if both sides compromise. May be in speech

As a candidate, Trump shot to prominence by pledging to build a wall on the border with Mexico. In a document posted on his campaign website, Trump criticized the immigration law passed by the Senate in 2013. The House never took it up.

Another immigration policy document posted on the Trump campaign website but later removed included a 10-point plan "to put America first." The 10th item on that list: "Reform legal immigration to serve the best interests of America and its workers."

Which is to say Trump has never outright opposed immigration reform, but exactly what he envisions has never been clear. There's much more clarity on immigration enforcement, sanctuary cities and border protection.

My source is not the president, but can confirm that Trump is apparently now open to a comprehensive immigration bill. Details unclear...

The plot thickens. Trump indicated to anchors he could be open to legalization for some people in US illegally, citizenship for Dreamers

Exactly what the president is contemplating now isn't clear, as AP's Julie Pace reports. The White House indicated Trump is, in fact, open to doing something on immigration reform.

"I do know that the president has been very clear in his process that the immigration system is broken and needs massive reform," White House spokesman Sarah Huckabee Sanders said. "And he's made clear that he's open to having conversations about that."

This isn't the first time Trump has expressed an openness to pursuing immigration reform. Earlier this month, the Washington Post reported that he discussed it with senators he had invited to join him for lunch at the White House:

"President Trump said Thursday that he was open to considering a comprehensive immigration reform plan if senators come up with a new one, but he said he opposes a 2013 proposal that passed the U.S. Senate with bipartisan support.

"The president's brief comments on the issue came up during a White House lunch meeting with a group of Democratic and Republican senators that also touched on the nomination of Judge Neil Gorsuch to serve on the Supreme Court and the nation's opioid epidemic, according to participants.

"On immigration, Trump said he was open to reviewing details of the 2013 immigration bill written by a bipartisan 'Gang of Eight' senators, according to Sen. Joe Manchin III (D-W.Va.), who recounted details of the lunch to reporters.

" 'He's open to reviewing the piece of legislation,' Manchin said. 'He says, 'Well, you've got to start working on it again,' and I says, 'Absolutely we will.' And that was encouraging."

As president-elect, Trump told Lesley Stahl of 60 Minutes that he planned to start by deporting or incarcerating people in the country illegally who have criminal records:

In January, Trump signed a pair of executive orders aimed at keeping his campaign promises on immigration enforcement and building the wall. And recently the Department of Homeland Security clarified its policies in a memo to employees.