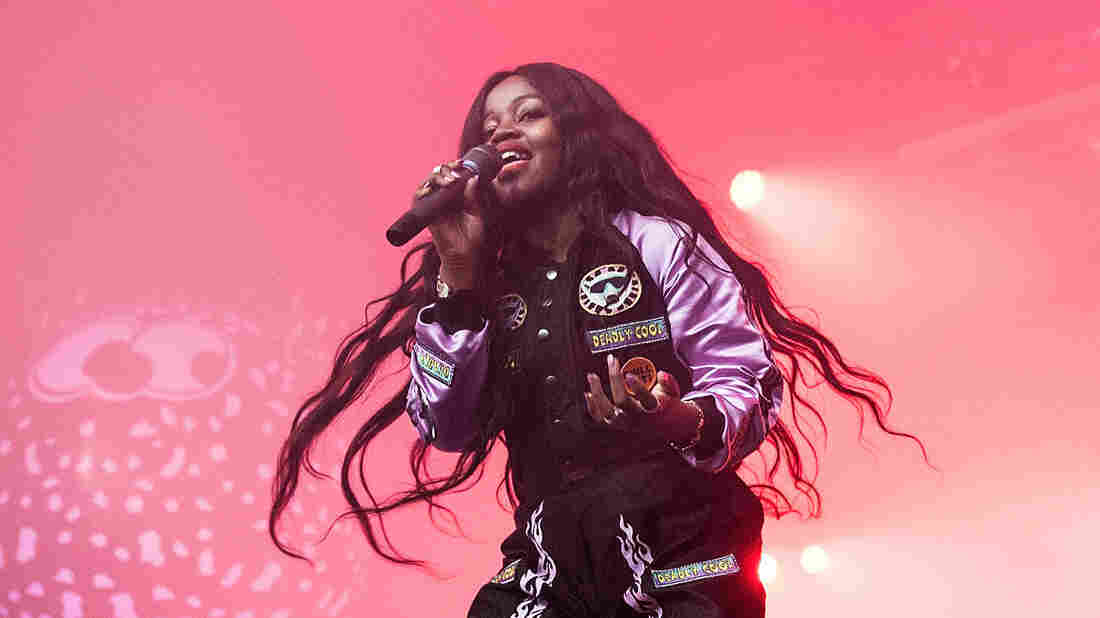 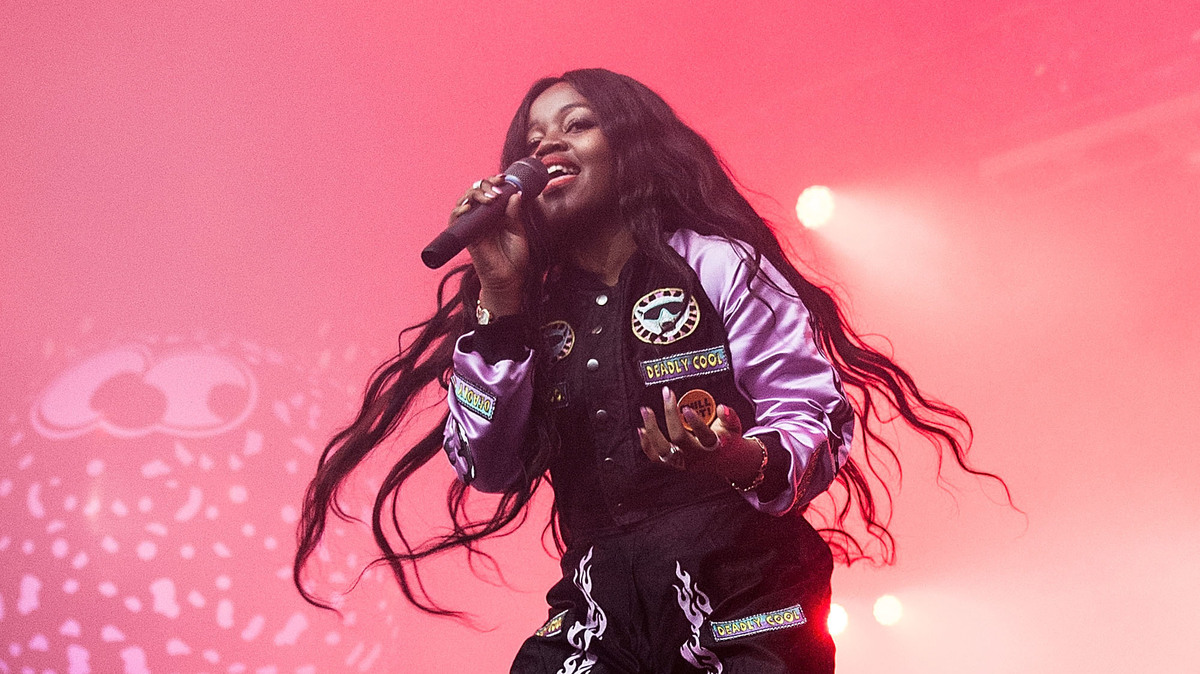 Downloads for this feature are no longer available. Click here, or scroll to the bottom of this page, to listen via Spotify.

Every year, the SXSW Music Festival serves a daunting, days-long feast of sounds from around the world. And once again, NPR Music's Austin 100 is here to distill it all down to a digestible meal of music discovery.

Picked from a playlist that spanned more than a hundred hours, these 100 songs represent a broad and exciting cross-section of SXSW's many highlights. Here's how you can listen:

As in previous years, The Austin 100 is just the beginning of NPR Music's SXSW 2017 coverage, so visit NPR.org/SXSW for full concerts, photos, videos, commentary and, of course, many more recommendations. Enjoy the music!

Adam Torres, "I Came To Sing The Song"

Obel's graceful, immaculate songs can sound both warm and chilling.

All Our Exes Live In Texas, "Boundary Road"

Be Charlotte, "Machines That Breathe"

Adrianne Lenker's songs mix blustery energy with sweet nods to a life of friendship and connection.

The band's stomping songs meet at a perfect midpoint between psych-rock and Tropicália.

The singer-songwriter's sandy voice is the audio equivalent of sweet tea in the summertime.

A vibrant psych-folk band whose shows are spectacles of concentrated celebration.

Cunningham's songs have a cavernous quality to them, while still somehow sounding intimate.

"Bubblegrunge" is a genre now, and damned if Charly Bliss isn't great at it.

Like Rhye's music before it, the band's songs are sexy, oddly unsettling and irresistible.

From ambient swells to room-filling squalls, in the space of a single song.

R&B and synth-pop sounds get warped and reshaped until they form something new.

Derrick Hart, "you're winning so i quit"

Hart's timeless, vibrant pop-rock songs make the most of their impeccably placed strings.

Reo's voice gets looped and processed until it forms a grand, gorgeous, swirling mass.

The rapper's twisty, distinct flow lends his songs a sense of playfulness and surprise.

The band doesn't stay in one place for long, as slow burns make way for soaring catharsis.

The singer is an inexhaustible well of sunny, hooky garage-pop.

You can almost hear the costumes and smoke machines in this Sun Ra-style spectacle.

Right down to its name, Goon captures the essence of '90s college radio.

A scuzzy-sweet garage-pop duo whose simplicity never drowns out all the shiny hooks.

Macve blends the icy cool of Lana Del Rey with the folksy warmth of a yodeling country queen.

Japanese Breakfast, "Everybody Wants To Love You"

Beneath all the sweetness and sugar lies something sideways, even vaguely sinister.

Big on the U.K. folk scene, the singer-actor plays songs that never feel tethered to one era.

Byrne's dusky voice slows the blood and calms the nerves.

Lookman Adekunle Salami is a songwriter and poet whose songs burst with big ideas.

Teri Gender Bender is riveting onstage, to the point of being a little terrifying.

The Lighthouse And The Whaler, "I Want To Feel Alive"

A Jack White-approved singer and multi-instrumentalist whose songs are all verve and nerve.

A brooding Brazilian soul band with a chilling sound and a future star in singer Liniker Barros.

LVL UP, "The Closing Door"

The churning, wordy rumble of Neutral Milk Hotel gets a thoughtful and catchy update.

Delago's playing on the Hang (kind of like a muted steel drum) has led him to work with Björk. Solo, his songs are dizzyingly pretty.

Marisa Anderson, "He Is Without His Guns"

Without flash, Anderson's solo guitar pieces tell a story while establishing a clear sense of place.

Meat Wave, "Run You Out"

A rock band with the chemistry, charm and moxie to sail straight from small clubs to stadiums.

The singer's neo-soul songs seem to seep in from another room — or another era.

With the help of inspired guest collaborators, Ogbonnaya flings joyful ideas in every direction.

The band stirs fuzz, jangle and abrasion into a dream-pop sound that rarely stays in one place for long.

Bold in sound, style and subject matter, the singer-producer infuses her electro-pop with tightly coiled fury.

The rapper's clever wordplay and breezy-smooth sound only enhance her personal storytelling.

You'll never be happier to get a song stuck in your head for days.

Hana Elion and JJ Mitchell weave their beautiful voices together tightly and set them to subtle beats.

Big, churning, infectious rock 'n' roll, fueled by guitars you can feel in your bones.

A formidable talent whose haunting voice and eye for storytelling detail are genuinely special.

Aligned with Shabazz Palaces, the rapper sets his own agile rhymes against softly woozy, spaced-out arrangements.

Charismatic singer Katie Alice Greer is a rock star, a pop star and a political punk, all rolled up in one.

pronoun, "a million other things"

A fast-rising, pop-friendly R&B singer whose falsetto is no joke.

The band played with cool confidence when its members were just kids; now that most of them are grown, look out.

Every band member seems to keep busy at all times, giving River Whyless' songs a sense of playful motion.

Beachy, strummy pop-rock that'll chime and jangle its way straight into your heart.

The rapper self-identifies as a nerd, but she also bares her soul and raw nerves.

The composer's rich, enveloping symphonic pieces are performed by choirs and augmented by electronics.

Jamison Isaak's dreamy electronic music reflects on the vulnerability of nature and our own minds.

The band channels the sonic ambition, and the visual manifestations, of '60s and '70s pop.

The singer and rapper presides over springy pop songs that beg to be fed through car speakers.

Tombs' punishing metal is expansive and inventive, with nods to gothic and industrial music.

At 19, the rapper and singer already has a distinct, alluring songwriting voice.

It's difficult to overstate the band's unrelentingly, sweat-flingingly joyous energy.

Olaniran's busily infectious anthems bubble over with intensity and ideas.

Will Stratton, "Some Ride"

For all their finger-picked precision, Stratton's pristine acoustic folk songs are as warm as music gets.

Stream The Austin 100 On Spotify