Accessibility links
Sensing Chaos, Russia Takes A 'Wait-And-See' Approach To Trump David Remnick and Evan Osnos of The New Yorker say Russia was caught off guard by Trump's election. "Nobody expected, frankly, that [he] was going to win," Osnos says. 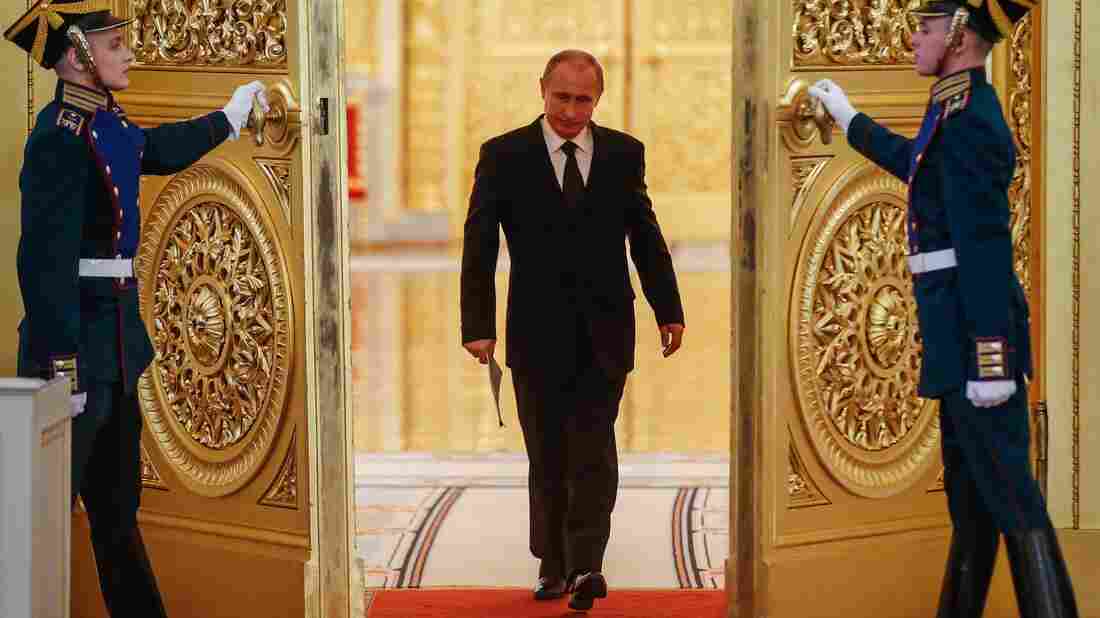 Russian President Vladimir Putin enters a hall in the Kremlin before a meeting in 2015. Sergei Ilnitsky/AFP/Getty Images hide caption 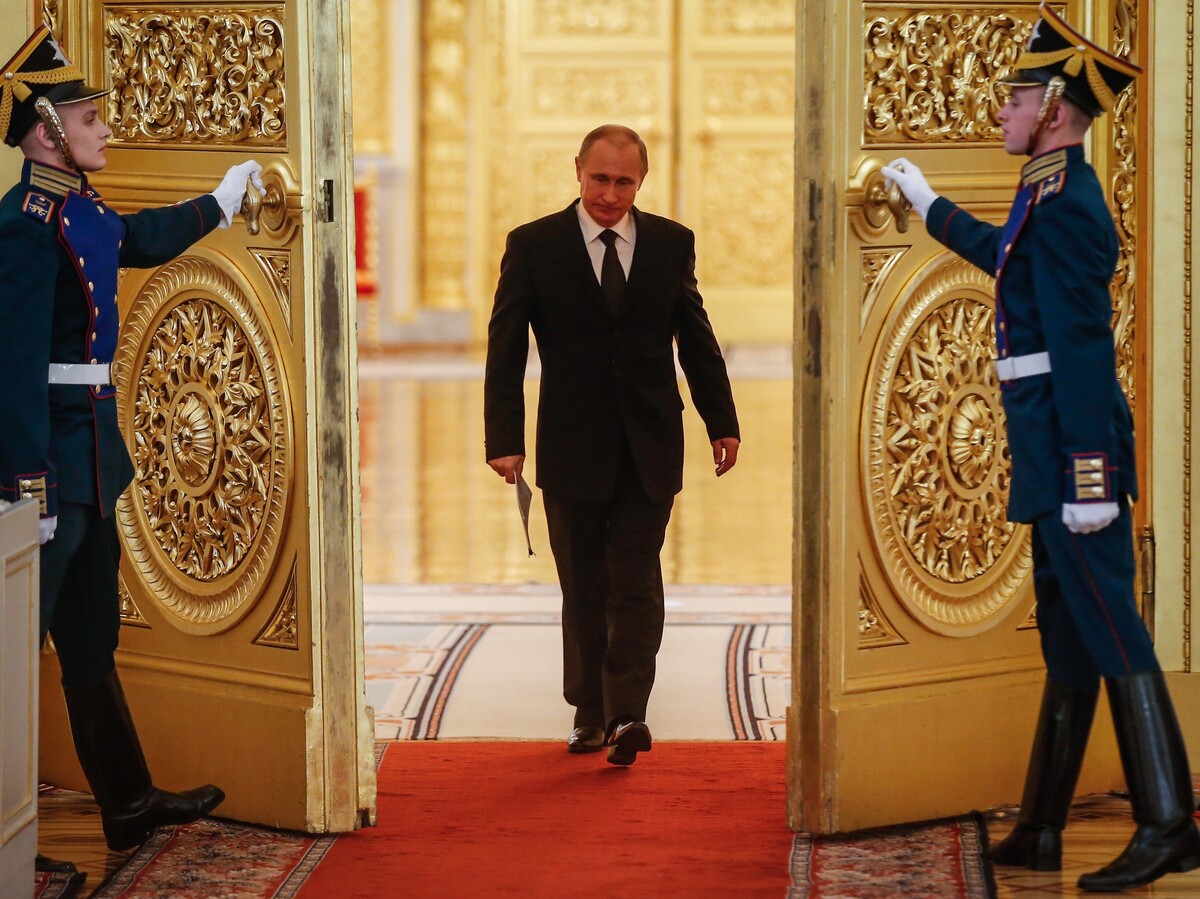 Russian President Vladimir Putin enters a hall in the Kremlin before a meeting in 2015.

Remnick, who lived and worked in Moscow from 1988 to 1992, and Osnos say Trump's victory has created unintended consequences for Russian President Vladimir Putin.

"This was like a bank heist that, instead of blowing the doors off the safe, they blew the safe up entirely," Osnos says.

Remnick adds that Russia's state-controlled media, which was full of praise for Trump during the campaign, has changed its outlook of late: "We've now had a month of chaos, and they've decided to take much more of a wait-and-see attitude."

Osnos and Remnick collaborated with contributor Joshua Yaffa to report on Trump, Putin and the "new Cold War" for the current issue of The New Yorker. The title of their article, "Active Measures," is a reference to the type of intelligence operation in which the goal is to take active measures to influence events and undermine a rival power.

Osnos: There was a robust, a really intense debate going on within the White House and the national security community about what the best response would be. In September the Obama White House went to Mitch McConnell and said, "Look, we believe that the Russians were involved and that they may be threatening the integrity of the vote," and they said, "We want to issue a bipartisan statement that would encourage state voting authorities to keep an extra eye on the security and integrity of the vote." Basically a bipartisan gesture, and Mitch McConnell, this is now public, he has said that he would regard that as a partisan gesture.

That was one of the reasons ... why the Obama White House was reluctant to go too far in being very public about this. There are people in Hillary Clinton's camp who, one of whom was quoted in our article, saying, "We look back and wonder why this was not" — in the words of this person — "a five-alarm fire in the White House."

On Russian TV news coverage of Trump and his administration

Remnick: I've been watching Russian TV a lot, which you can do really easily on YouTube. Initially, there was great celebration, enormous celebration. Champagne corks popping. People going on the air and saying, "Ding dong, the witch is dead," practically, and showing great enthusiasm for Trump because Trump, of course, has been incredibly complimentary of Putin, says much nicer things about Vladimir Putin than Barack Obama or anybody else.

But now, things are different. We've now had a month of chaos. We've had the Michael Flynn firing or resignation. Suddenly the order goes to Russian television, which is completely under Putin's control, "Enough about Trump. Enough compliments. Let's play it down. Let's take it easy."

On differing perceptions of the end of the Soviet Union

Remnick: What I witnessed was the dissolution of an empire, these 15 republics going each their own way, the end of Communist ideology and the rise of things like a free press and artistic freedom — and the rise of politics, actual politics, of competition of ideas and the filth and tumult that that all brings, and it was incredibly exciting.

I think most Westerners experienced it and many Russian intellectuals and people of the rising, the nascent, middle class and educated people in particular, and people in cities, they experienced it largely as a great passage forward in history. And we forget that even then ... a lot of people were made deeply anxious about this.

A Cold War, which had been fought for two generations, had been lost. This was experienced not as a triumph by so many, but also as an incredibly disorienting, humiliating passage of history in which the great empire had disintegrated. ... An economic depression came along that, for many people, was incredibly painful, like the '30s in the United States. ... A lot of people in Russia, exemplified by Putin, saw this as a crash followed by chaos, followed by poverty.

On Trump's calling the press the "enemy of the American people"

To hear that kind of language directed at the American press is an emergency. It's an emergency. It's not a political tactic, and if it's a political tactic, it's a horrific one and that needs to be resisted, not just by people like me who are editors or writers — but all of us. This is part of what distinguishes American democracy and it is untenable, immoral and anti-American.