Stream The Album Before Its Release Next Friday 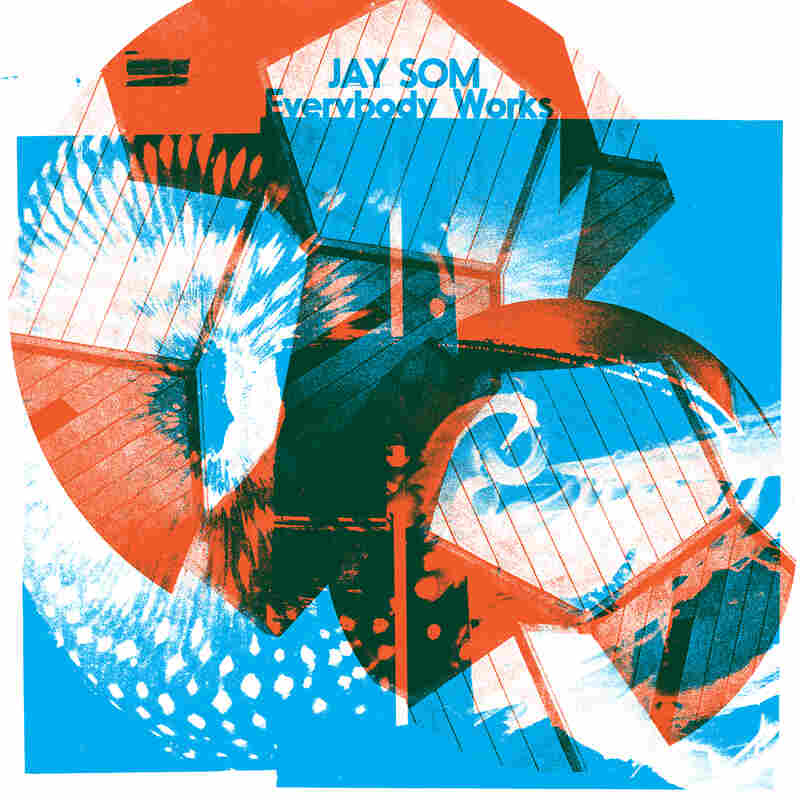 Jay Som: Everybody Works Courtesy of the artist hide caption

When we're in our twenties, we want everything to come right away: financial security and creative freedom, stable relationships and friendships and a healthy sense of self. But as we get older, we realize that for most of us, those aspirations rarely arrive quickly and instead, the path forward is typically littered with plenty of false starts and dead-ends that test our resolve, yet have the capacity to shape us. Melina Duterte — the Oakland-based songwriter and producer, who records as Jay Som — understands this transition from youth into young adulthood well, and covers her own trajectory and obstacles on her new album, Everybody Works. In the title track, Duterte reflects on her exhausting grind of day jobs and the sacrifices she's made in pursuit of making music ("Try to make ends meet / Penny pinch til I'm dying") — and the intermingled external pressures of family and her own internalized doubt that can easily undercut her efforts. The song's titular refrain also serves more broadly as an empowering and empathetic anthem about self-reliance, as it acknowledges everyone has something they're working through.

Still just 22, Duterte's breakthrough has seemed sudden; however, it's the result of honing her music and production skills for more than 10 years, while quietly amassing a backlog of home recordings. She finally earned some well-deserved attention in late 2015, after she posted some "finished and unfinished" songs onto Bandcamp in a spur-of-the-moment decision, under her moniker Jay Som. Crafted during an especially trying point in her life, off-the-cuff collection, Turn Into, was later re-issued in 2016 and captures the energized immediacy of a songwriter and artist coming into her own.

Everybody Works represents another singular vision. Made in a three-week stint of self-imposed isolation this past October, the record showcases her unique and multi-faceted musical prowess: Duterte plays every instrument and produced nearly every sound on the record, blending breathless vocal melodies and jazz-inflected harmonies with stirring orchestration and cathartic bursts of distortion that gives her aching songs a frenetic crackle. And while Jay Som returns to the fuzzed-out guitars ("1 Billion Dogs" and "Take It") and yearning pop ("The Bus Song") that has defined her earlier work, these new songs introduce an ever-expanding palette — shimmering and spacious synth-pop ("Remain"), glossy R&B ("Baybee") and slinky, polyrhythmic funk ("One More Time, Please"). Elsewhere, on "Bedhead," Jay Som plays with sound more dynamically, warping her guitars to feel distant and warbling, before slowly coming into focus just as Duterte's voice blooms on the lines "I'll take what's left of my strength and get on my feet again."

At times, Duterte writes extremely personally, ruminating over minute details of love, unfulfilling romances and the pangs of separation like flashes of memories flittering in front of your eyes. "Lipstick Stains" linger on close-up tactile touch and the warm caress of new love ("I like the way your lipstick stains the corner of my smile / How you brush my hair aside"), while "Baybee" recounts giving up part of yourself to salvage a relationship ("If I leave you alone when you don't feel right / I know we'll sink for sure.") Her songs can also be elusive, as on "The Bus Song," where abstract subtext about secrets and trust allows us to interpret deeper meaning ourselves. A song that seems to paint a portrait of two young friends sorting out if there's something more to their friendship, Duterte sings "Take time, we'll figure it out / I'll be the one who sticks around / And I just want you to lead me," as plinking piano chords, staticky guitar and a regal trumpet melody cascade behind her. Later, she's more blunt and revealing, spinning her frayed angst and heartbreak into songs like "Take It," wherein Duterte tackles her depression, and then takes its power away by forcefully sneering "Is that all you've got?"

Jay Som might be an outlet to create art and songs out of her anxieties, but she also reaches for grander themes of artistic ambition, identity and independence. Her gorgeous and messy intimacy has the capacity to forge connections with those who might be going through similar uncertainty and tough times. Luckily, Everybody Works assures us that with some dogged focus, things can work out.

Everybody Works is out March 10 on Polyvinyl Records.