Accessibility links
Amid Trump Attacks And Snubs, Zucker's CNN Reclaims Newsy Mission Jeff Zucker helped make Trump a TV celebrity while at NBC, and some argue the cable network's blanket campaign coverage helped get him elected. But CNN has become a lead target for Trump's criticism. 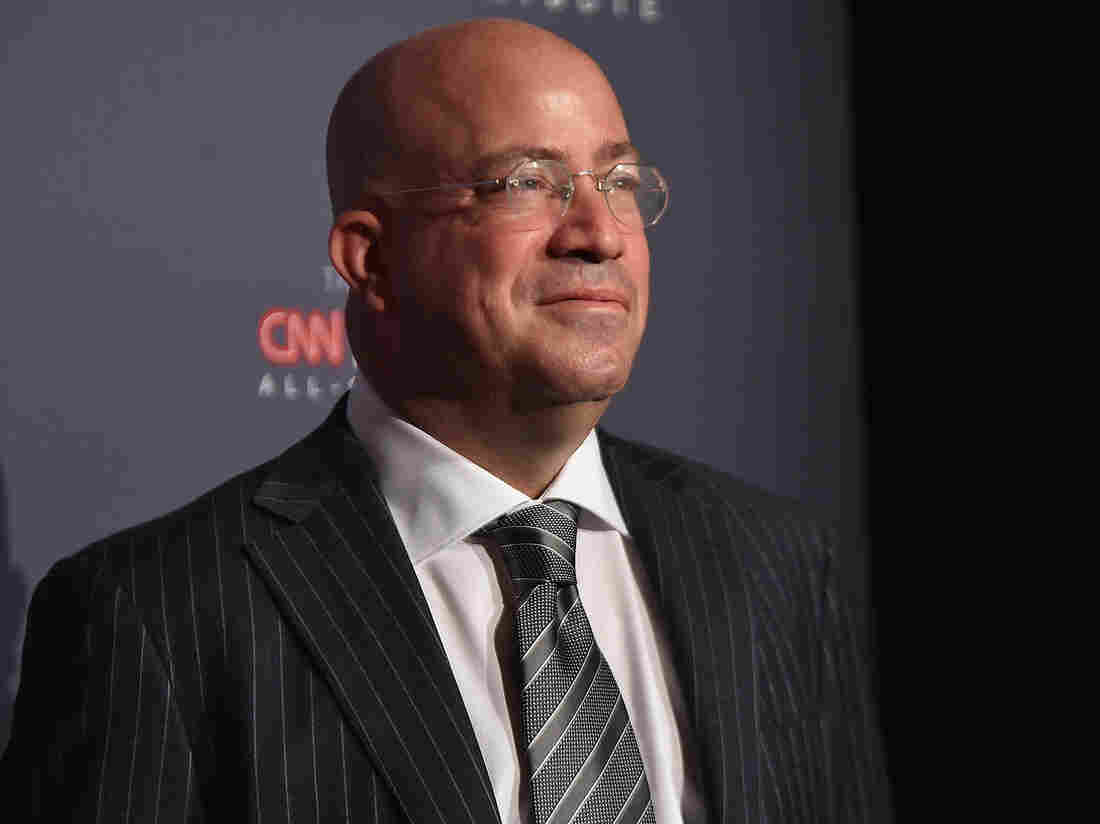 "The job of the media is the accountability of government," says CNN President Jeff Zucker. "And I think we are uniquely positioned to do that with our resources and our reach." Mike Coppola/Getty Images for Turner hide caption 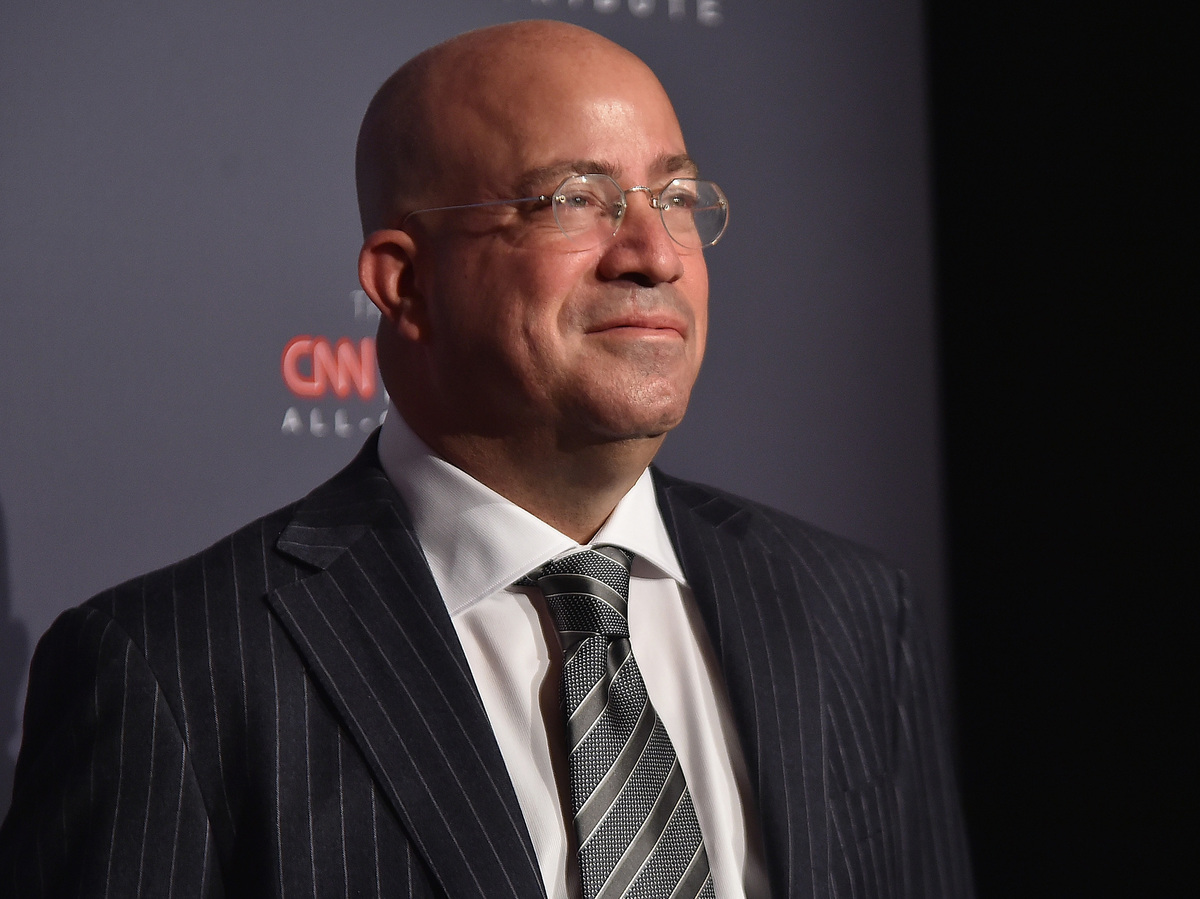 "The job of the media is the accountability of government," says CNN President Jeff Zucker. "And I think we are uniquely positioned to do that with our resources and our reach."

Attacked on national TV for supposedly serving up "fake news." Shut out of a White House press briefing in retribution. Accused by a new president of "anger and hatred" and serving as the opposition to his administration.

In normal circumstances, news executives might be rushing for cover. In the age of President Trump, CNN President Jeff Zucker is rushing to the barricades, rallying staff and viewers around the banner of quality journalism.

"These are the moves that governments around the world make when they're less sophisticated and want to block the press from doing its job," Zucker told NPR.

Zucker said he has his own message for CNN: "Do not be intimidated. Go where the story goes. Report the facts. Make sure you've got it right. And don't let things that the president says or that the White House does throw you off your game."

It's not surprising Zucker has spring in his step — the network has performed strongly, riding public interest in (and concern about) Trump to high ratings, huge digital audiences and record profits. The network has broken major stories in recent weeks that discomfited the administration, such as the scoop that intelligence chiefs had briefed then-President Obama and President-elect Trump about concerns that Russian operatives had compromising material on Trump.

Trump Is Bringing His Love-Excoriate Relationship With Media Into Office

CNN anchor Jake Tapper, who followed his breakout performance during the campaign with a series of mesmerizing interviews, has segued into a role of journalistic fact-checker and truth teller, to the joy of many of his viewers and peers and to the scorn of the president and his most adamant defenders. In response, the White House routinely freezes out Tapper and CNN from interviews with its most visible and senior officials.

"We have wondered whether that [criticism] would have impact on the brand equity of CNN," Zucker said, adding that he commissioned a study on the subject in January. "I can tell you that there was no diminution whatsoever."

It is something of an irony that Zucker is emerging as a champion of aggressive journalism after a primary campaign in which he came in for a multilayered critique of the network's choices in coverage. Many media observers and competitors, as well as officials with the campaigns of Trump's political rivals, often argued that CNN indulged Trump almost to the exclusion of the rest of the Republican field.

"Red meat for his base"

Zucker made his remarks during an expansive interview with NPR at his relatively bare-bones office, off CNN's newsroom at the Time Warner Center in Manhattan. In the conversation he addressed questions about CNN's performance in the runup to the election, how to react to a White House that often chooses to dictate the news cycle with a tweet, and what it's like to be the target of such rhetorical attacks from the Oval Office.

"A lot of this is red meat for his base," Zucker said. "He claims that CNN is unwatchable, but the only way he knows that is because he's watching it obsessively. We know that he spends his days and nights watching CNN."

Indeed, Trump betrays his viewing through his tweets and tirades. On several occasions, however, as a candidate and as president, Trump has suggested CNN's coverage could come at a cost: the blocking of the acquisition of CNN's corporate parent, Time Warner, by the telecommunications giant AT&T.

In an interview posted earlier this week, Breitbart News asked Trump about the AT&T/Time Warner merger and CNN's "pretty bad behavior." Trump replied that he would not comment on any one deal, but added: "I do believe there has to be competition in the marketplace, and you have to have competition among the media."

Trump's new chairman of the Federal Communications Commission, Ajit Pai, has signaled he is unlikely to hold up the acquisition.

Former CNN White House correspondent Jessica Yellin proposed that the network be spun off from AT&T and Time Warner to ease concerns of political pressures.

Zucker said he doesn't feel such pressure from Trump or the new administration — because he believes it does not exist.

Zucker struck up a professional friendship with Trump 14 years ago, when the television executive was NBC's entertainment chief (after having been head of NBC News). He helped to greenlight Trump's Apprentice franchise, which put the real estate mogul and self-promoter in millions of living rooms across the country.

"I always knew he was capable of generating tremendous amount of publicity; I always knew that he was incredibly charismatic and I always knew that he knew how to attract attention," Zucker said. "All of those things have been borne out through the campaign and into the first two months of his presidency. None of that has really changed."

Yellin, the former political reporter, was among those critics who said that Zucker and his cable peers rode the Trump train to those record profits, devoting wildly disproportionate airtime to Trump's remarks at rallies and to his ubiquitous interviews. At times CNN ignored other prominent candidates who were speaking live to instead show an empty podium where Trump was expected to appear.

Officials with some of the 16 other prominent Republican campaigns told NPR and other news organizations that they simply could not break through to get time on the air. Some of CNN's own journalists privately winced at what the network did during the campaign. Zucker offered restrained self-criticism.

"I don't believe that the networks influenced the Republican primary election by the amount of coverage that Trump rallies got," Zucker said. "If we could go back, we probably wouldn't cover as many Trump rallies live as we did. We didn't cover any more than Fox News or MSNBC; I think the only difference is that we've acknowledged we probably took too many of them."

Zucker also said that if the other campaigns felt they were shut out, they should have been as generous as Trump was with interviews during the primary season. Trump was a ubiquitous figure across the television landscape, until he clinched the nomination and journalistic scrutiny on him tightened.

Building "a stable of faces and voices," ramping up investigations

Another source of unease for many journalists: CNN pays contributors to act as surrogates for Trump during its panel discussions, even if they routinely offer incorrect or ill-informed information along with their political perspectives.

"One of the mistakes in the coverage of the election, and perhaps in some of the aftermath of it, was that many organizations didn't understand the support of Donald Trump or how his supporters felt," Zucker said. "For a long time now, we've had many of those voices on CNN."

"We want to build up a stable of faces and voices and contributors that people are familiar with," Zucker said. "It's just the reality of the business. ... you end up making certain voices exclusive to CNN, even if they are inclined to always have a singular point of view."

Trump himself has not given an interview to CNN since June, according to the network. And CNN has been pushing back on some aides the White House has offered — refusing, by its account, to accept Kellyanne Conway as a surrogate after a series of appearances in which she made incorrect or profoundly misleading claims. (Conway claimed she had other commitments.)

Yet Zucker said there is no connection between the White House's refusal to participate and his rededication to holding politicians responsible. Just ahead of the election, CNN hired away BuzzFeed's entire K-File team, which unearthed a series of scoops during the election season. More recently, CNN consolidated its investigative efforts, promising to add an additional two dozen journalists and hiring away the Los Angeles Times' Matt Lait to become its managing editor for investigations.

In his first few years after taking over CNN in 2013, Zucker advocated swarming the big story — a storm, a listing cruiseliner, a missing airliner — with manpower and airtime until the next big story surfaced. Trump emerged as a candidate, a phenomenon, a president and a crisis all at once.

"The job of the media is the accountability of government," Zucker said. "And I think it's never been more important than it is today. And I think we are uniquely positioned to do that with our resources and our reach."