Accessibility links
Attack Ad Marks New Era For Millennials Running For Office A GOP superPAC is going after a 30-year-old Georgia Democrat in a House special election using footage of him dressing up as Han Solo as part of a college a capella group parody. 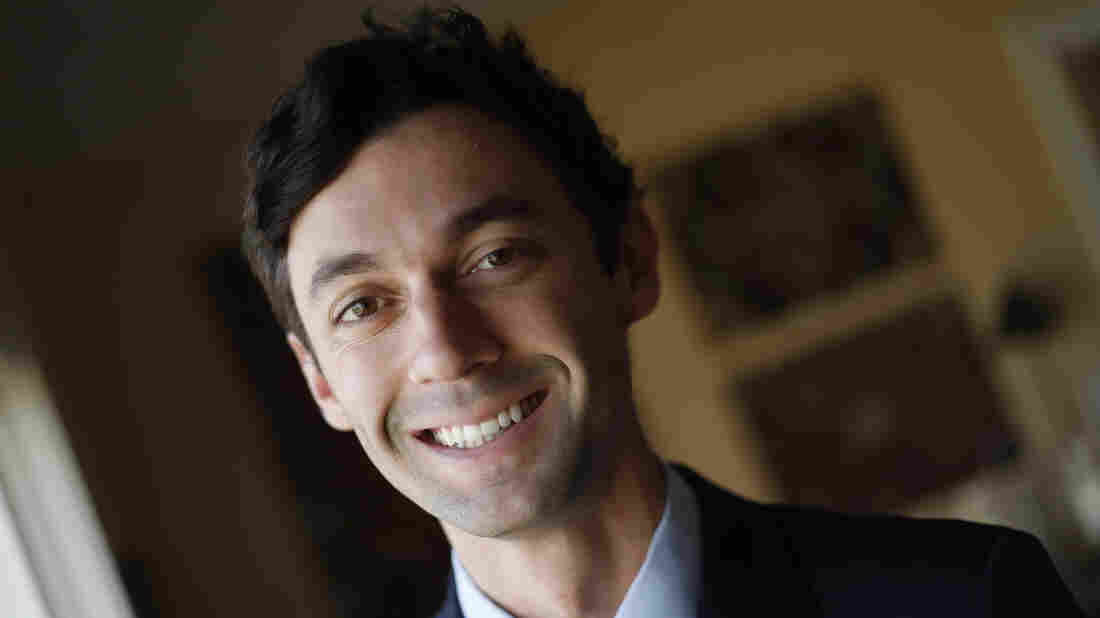 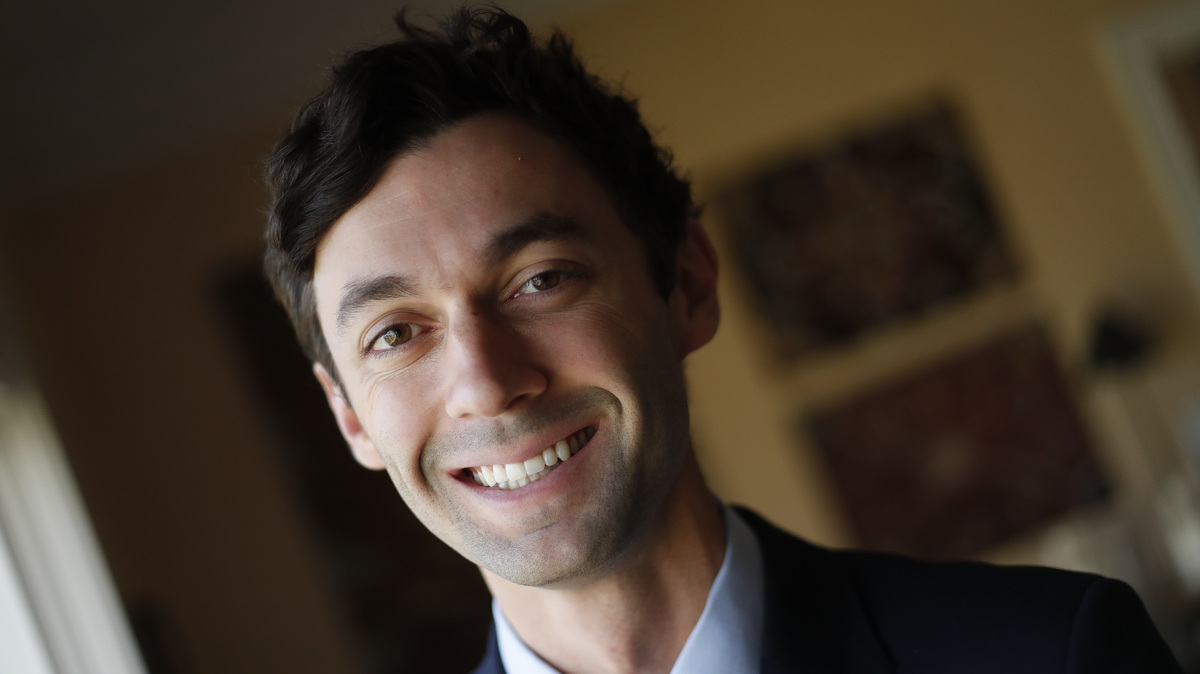 For years, parents have been warning their college-age children to be careful what they post on social media.

Now, one young candidate is learning this important lesson the hard way — everything you post can and will be used against you in politics.

Jon Ossoff, 30, is running as a Democrat in a special election in Georgia. But the Congressional Leadership Fund, a superPAC aligned with GOP leadership, launched an attack ad Wednesday hitting him with some unflattering college footage. It includes a clip of him dressed as Han Solo in a Star Wars parody of the school's alcohol policy. It's an effort to paint Ossoff as a "spoiled frat boy" and undercut his experience on Capitol Hill in a race taking place in a conservative state.

The ad marks a new era in politics. Many under the age of 35 live their lives on social media. It's ubiquitous. In years past, opposition researchers would have to dig deep to hope for leaked videos or testimony from former friends, rivals and roommates. Now, they don't have to go much farther than Google or the photos section of Facebook pages.

The clips of Ossoff are easily accessible via YouTube from his college a capella group, the Georgetown Chimes. Another clip shows them singing a parody of Billy Joel's "Uptown Girl," with the lyrics, "Georgetown girl. You know she's living in her M Street world. She never tires of her high-class toys."

The $1.1 million buy from the leadership fund runs through the April 18 all-party primary to replace former Rep. Tom Price, who resigned to become President Trump's secretary of health and human services.

Price's suburban Atlanta seat has emerged as a rare opportunity for Democrats — in a district that went from voting for Mitt Romney by 24 points to one Trump carried by only 1. Democrats hope to capitalize on backlash against the president to pull off an upset.

If no candidate reaches 50 percent, the top two finishers, regardless of party, will advance to a June 20 runoff. The heavy investment from the superPAC also shows Republicans are taking the race seriously and are worried about Ossoff's early momentum.

Ossoff has become a somewhat unlikely candidate for Democrats. He's a documentary filmmaker who previously worked as a legislative aide on national security issues for Rep. Hank Johnson, D-Ga. The congressman threw his support behind Ossoff, as did neighboring Democratic Rep. John Lewis.

With the attention of progressive blog Daily Kos and social media shoutouts from Hollywood celebrities like Kristen Bell and Debra Messing, he has already raised $2 million. The Democratic Congressional Campaign Committee has paid for nine staffers on the ground to help out, but the district likely remains an uphill climb for the party.

The message the superPAC ad is trying to show is clear — that during the five years Ossoff worked for Johnson, some of which he was still studying at Georgetown, he was still an immature kid.

Johnson disputed that in a statement:

"This is absurd. Jon spent five years working on National Security issues for me, and he worked on such sensitive programs that he received a top secret security clearance from the Department of Defense. Washington political operatives are coming into Georgia to spread false personal attacks — it's what the American people are sick and tired of."

A visual "sticks with voters"

University of Kansas political science professor Patrick Miller said this line of attack isn't surprising, given Ossoff's age and the prevalence of social media among millennials. With visuals, it's an easier way to get across to voters that this candidate may be unprepared or just too young.

"What you're putting out on Facebook, Instagram or whatever venue, if it's there and and publicly available," Miller said, "it just becomes an easier way for opponents who want to hit you over your age. It's an easier way to visualize that. It sticks with voters."

And as more millennials run for Congress or other political offices, these types of ads are likely to continue to write themselves.

"Most young people are probably not thinking, 'What am I going to be doing in 10 years?' a lot of times," Miller added. "They're focused on being in college and being young. A lot of times, they look at social media as a way to express themselves, what they're doing right now. They're not really thinking about it in a professional way and what type of image they want to craft."

A Star Wars parody, underage drinking and some mocking lyrics about Georgetown girls may not be a death knell and some voters may be willing to write it off as a youthful indiscretion. However, the leadership fund's executive director, Corry Bliss, warned it has more coming that is being prepped against Ossoff.

"The point is Jon Ossoff is simply not being honest when he talks about his resume," Bliss said. "He wants to play dress-up and pretend to be a grown up and say, for five years he was a national security adviser when, in fact, he's just a spoiled frat boy, playing dress-up and advocating for underage drinking."

Bliss added, laughing, "Jon Ossoff has a better chance of actually playing Han Solo in the next Star Wars movie than winning this election."

A previous version of this story incorrectly said Jon Ossoff had played both Han Solo and Darth Vader in a college Star Wars parody video. He only played Solo.