Accessibility links
Interior Secretary Ryan Zinke Rides A Horse To First Day On The Job Ryan Zinke was confirmed by the Senate on Wednesday. He has promised to bring a Teddy Roosevelt-style approach to managing public lands, but environmentalists give his voting record poor marks. 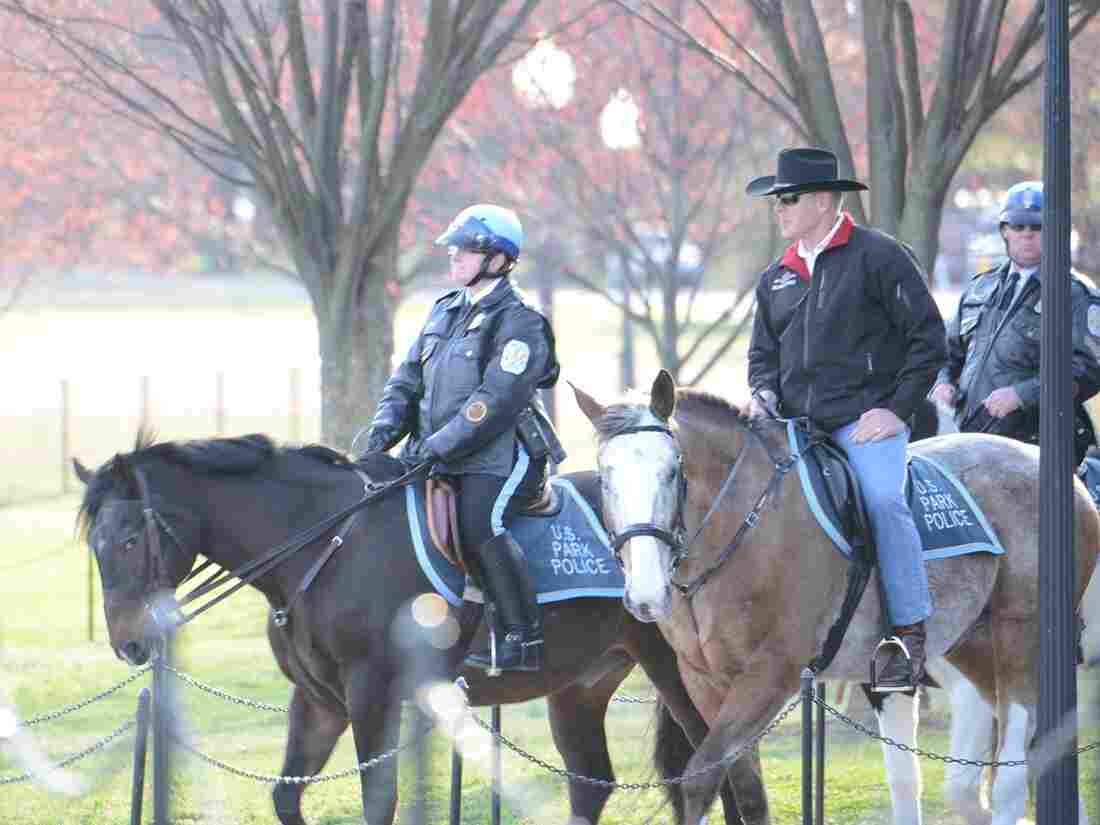 On Thursday, U.S. Secretary of the Interior Ryan Zinke rides a horse to his first day on the job. Zinke was confirmed by the Senate the day before, by a 68-31 vote. U.S. Department of the Interior/Flickr hide caption 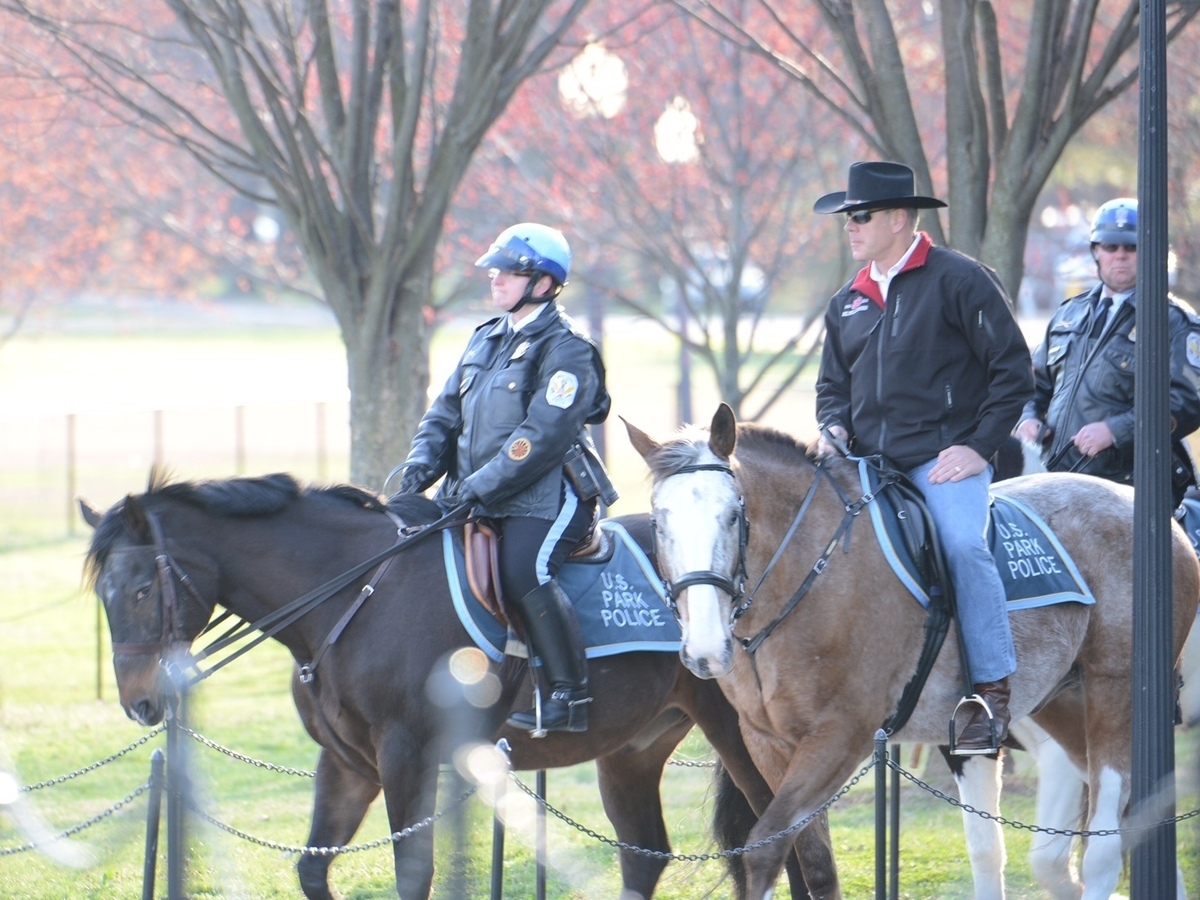 On Thursday, U.S. Secretary of the Interior Ryan Zinke rides a horse to his first day on the job. Zinke was confirmed by the Senate the day before, by a 68-31 vote.

U.S. Department of the Interior/Flickr

Newly minted Secretary of the Interior Ryan Zinke knows how to make an entrance: He arrived at his first day of work in Washington on the back of a horse named Tonto.

Zinke rode the horse — a bay roan gelding just over 17 hands tall — less than a mile, from the National Park Service's stables on the National Mall to the Department of the Interior.

Push To Transfer Federal Lands To States Has Sportsmen On Edge

The former congressman's equine entrance alluded to both his own Montana upbringing, and to Theodore Roosevelt, who expanded the National Park Service significantly during his presidency. In a statement released upon his swearing-in Wednesday, Zinke invoked the Rough Rider and 26th president: "I shall faithfully uphold Teddy Roosevelt's belief that our treasured public lands are 'for the benefit and enjoyment of the people' and will work tirelessly to ensure our public lands are managed and preserved in a way that benefits all Americans for generations to come."

But environmentalists have questioned Zinke's commitment to conservation. The League of Conservation Voters gives him a score of 4 percent for his voting record on environmental issues.

At Zinke's confirmation hearing, Sen. Bernie Sanders asked whether he thought climate change was a hoax. "I don't believe it's a hoax," Zinke replied. "The climate is changing. Man is an influence. I think where there's debate on it is what that influence is [and] what can we do about it."

Zinke was confirmed by the Senate on Wednesday by a 68-31 vote.

Friday marks 168th birthday of the Interior, which has been cheekily called "the Department of Everything Else." Indeed, when it was founded, it was responsible for a vast array of matters, according to the Interior's history page: "the construction of the national capital's water system, the colonization of freed slaves in Haiti, exploration of western wilderness, oversight of the District of Columbia jail, regulation of territorial governments, management of hospitals and universities, management of public parks, and the basic responsibilities for Indians, public lands, patents, and pensions."