Accessibility links
Attorney General Jeff Sessions To Recuse Himself From Any Trump Campaign Investigations Into Russia Sessions, who says he never met with Russian operatives about the campaign, has been under pressure for contact he had with the Russian ambassador last year. 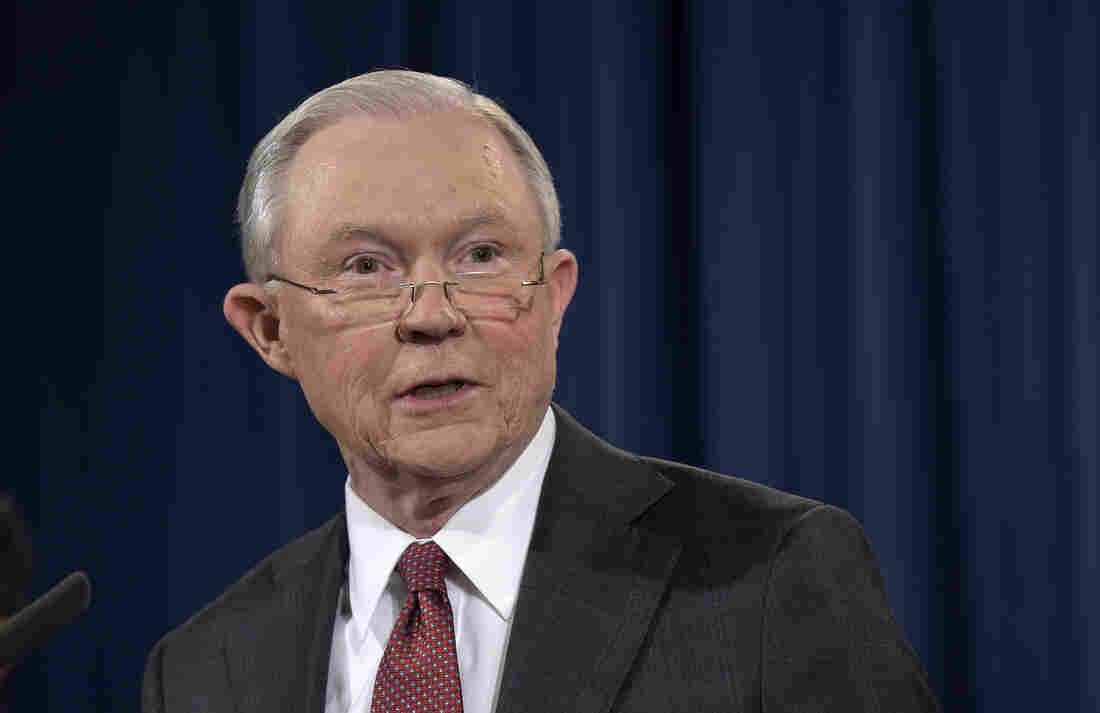 Attorney General Jeff Sessions speaks at the Justice Department on Thursday. He is under fire after reports that he had conversations with the Russian ambassador last year. Susan Walsh/AP hide caption 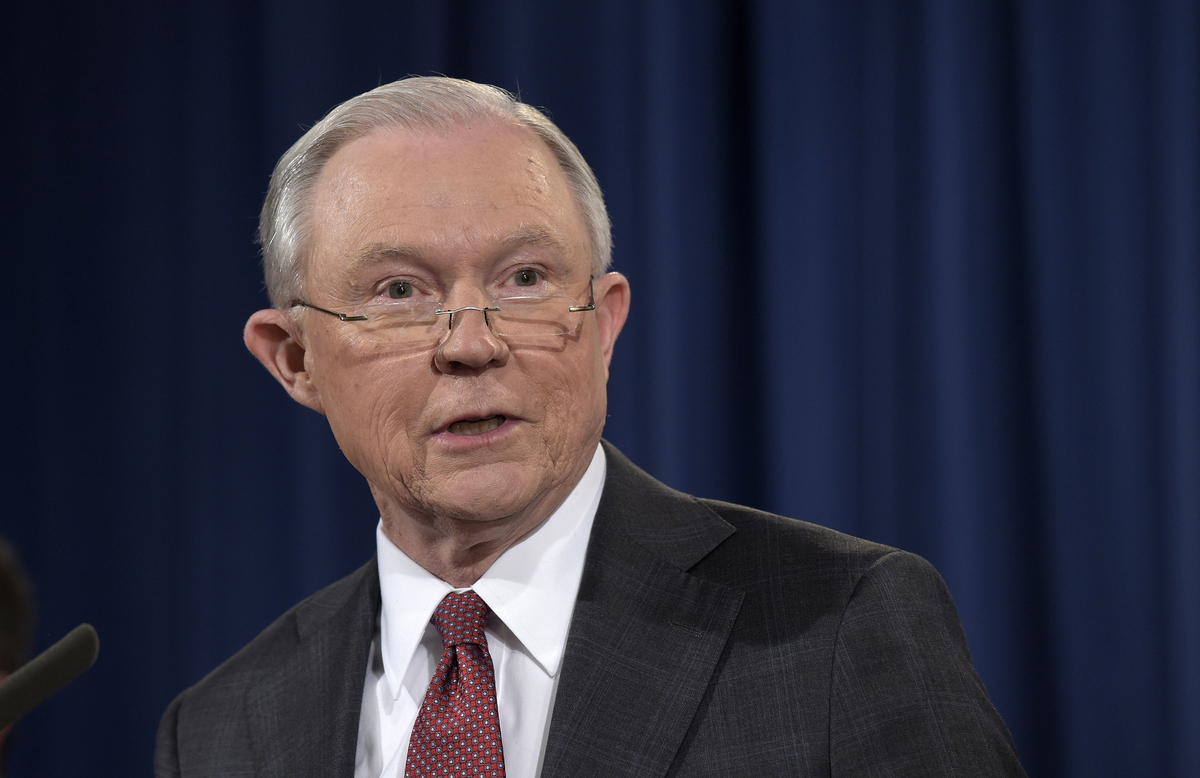 Attorney General Jeff Sessions speaks at the Justice Department on Thursday. He is under fire after reports that he had conversations with the Russian ambassador last year.

Attorney General Jeff Sessions says he will recuse himself from any investigations into possible Russian involvement in the 2016 elections.

"Let me be clear: I never had meetings with Russian operatives or Russian intermediaries about the Trump campaign," Sessions reiterated during an afternoon news conference in response to reports that he had met twice with the Russian ambassador to the U.S. last year.

"I should not be involved in investigating a campaign I had a role in," Sessions said.

The meetings, first reported by the Washington Post first and confirmed by NPR's Carrie Johnson, came as Sessions was a top surrogate for President Trump's campaign and a member of the Senate Armed Services Committee.

During his Senate confirmation hearing, the then-Alabama senator told Sen. Al Franken, D-Minn., under oath that he "did not have communications with the Russians."

Sessions said Thursday that it was not his intent to mislead the committee and that he would soon write to the members to clarify his answers, admitting that in retrospect, he "should have slowed down and said I did meet with one Russian official and that was the Russian ambassador."

Rubio To NPR: No Witch Hunt On Russia, But No Cover-Up Either

When asked about what he did discuss with Russian Ambassador Sergey Kislyak during their two meetings in July and September, Sessions said, "I don't recall" but that "most of these ambassadors are pretty gossipy."

In a statement, Sessions announced that after meeting with his staff and Justice Department counsel, "I have decided to recuse myself from any existing or future investigations of any matters related in any way to the campaigns for President of the United States."

Trump Says He Has 'Total' Confidence In Attorney General Sessions

When Trump was asked earlier in the day about Sessions during the president's visit to the USS Gerald R. Ford in Newport News, Va., Trump said he "wasn't aware" Sessions had spoken to the Russian ambassador. When asked about whether the attorney general should recuse himself, Trump responded, "I don't think so."

Sessions clarified in the statement, however, that the "announcement should not be interpreted as confirmation of the existence of any investigation or suggestive of the scope of any such investigation" and reiterated that he has "taken no actions regarding any such matters, to the extent they exist."

Democrats on Capitol Hill were already clamoring for a Sessions recusal — and his possible resignation. Some top Republicans had already begun to say that he should recuse himself from any investigations too, including House Oversight Committee Chairman Jason Chaffetz and House Majority Leader Kevin McCarthy, though McCarthy later tried to walk that back.

After the Sessions announcement, Senate Judiciary Chairman Chuck Grassley said that "any talk of resignation is nonsense" and that Sessions' recusal was "the right thing to do."

Grassley added that he "welcomes" Sessions sending a letter to the committee to "clear up any confusion regarding his testimony."

If any investigation into the 2016 election does move forward, however, Acting Deputy Attorney General and U.S. Attorney for the Eastern District of Virginia Dane Boente will oversee those matters. He was appointed acting attorney general in the interim before Sessions' confirmation after Obama holdover Sally Yates was fired by Trump for refusing to defend the president's temporary ban on refugees and visa holders from seven majority-Muslim countries.