Accessibility links
State Budget Cuts Leave Less Money For Higher Education At least 24 states have reported that revenues this year have come in weaker than expected, leading to cuts to higher education spending across the country. 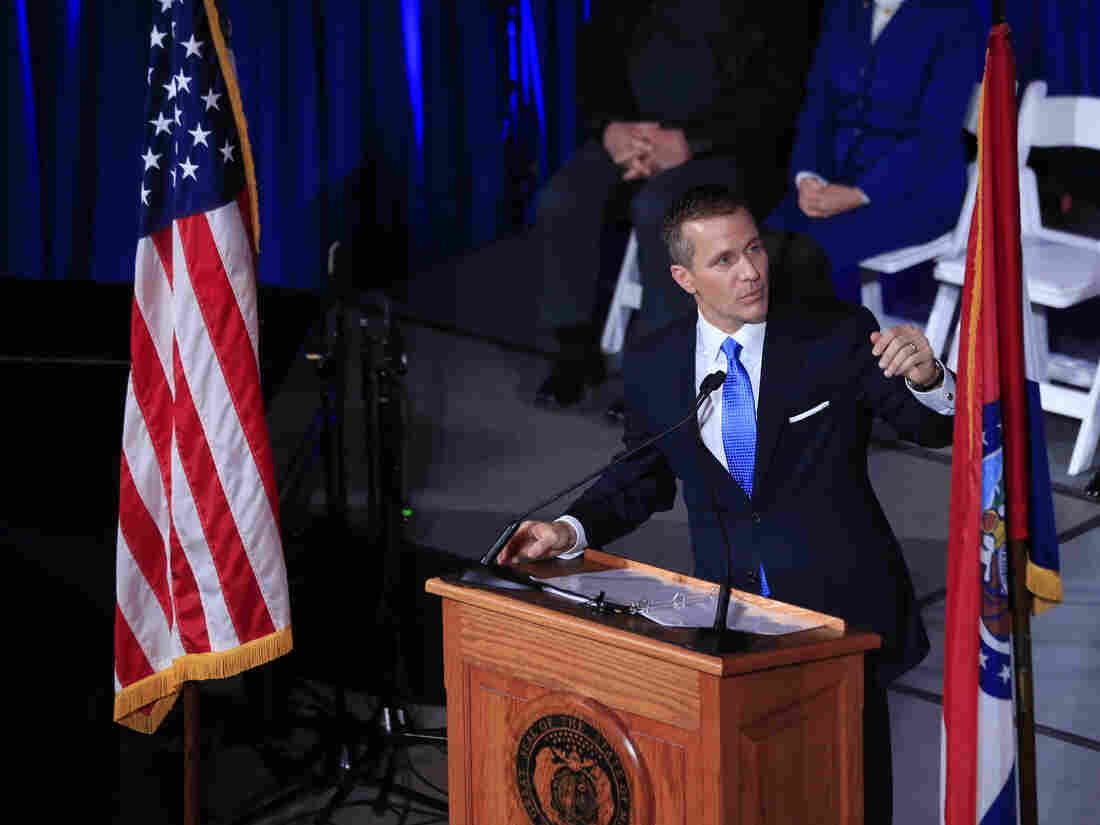 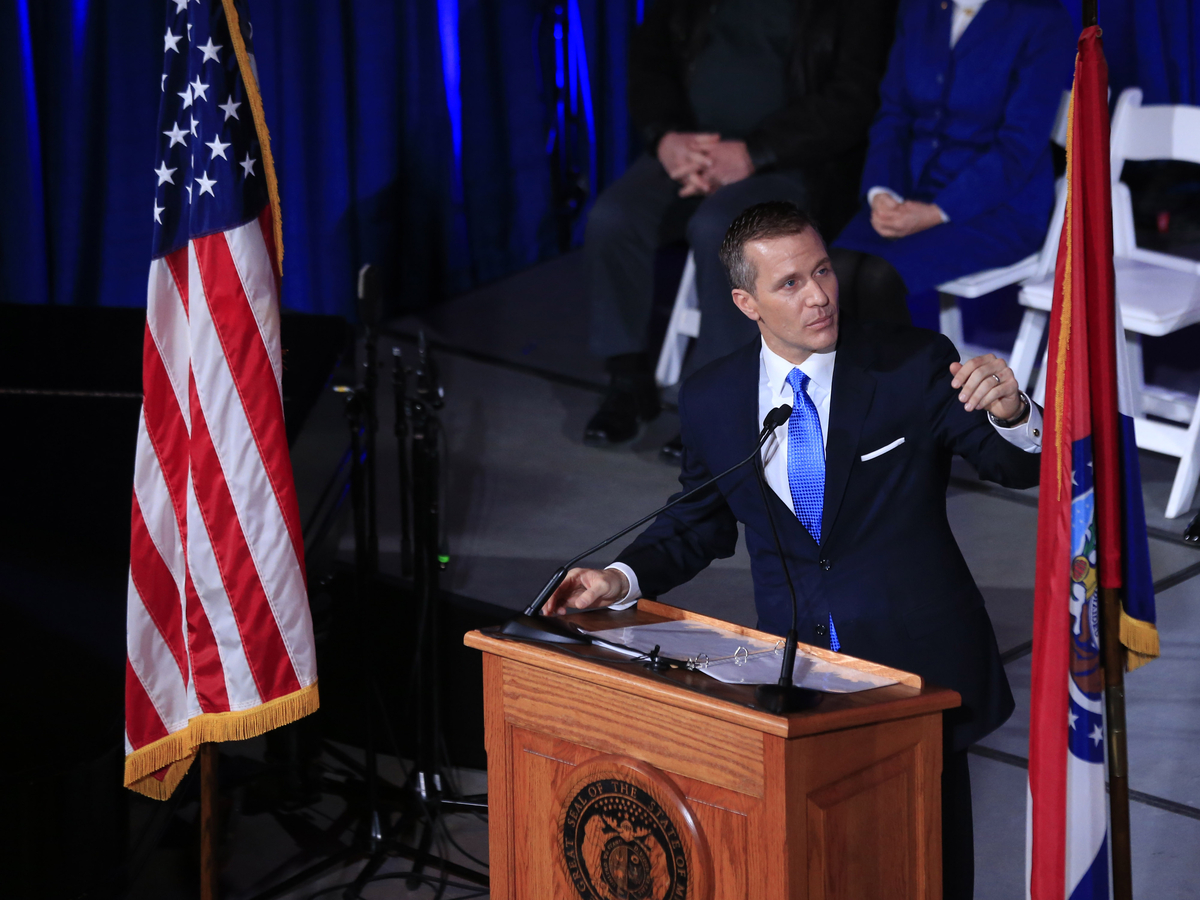 Eric Greitens, shortly before becoming governor of Missouri in January 2017. To address a revenue shortfall, Greitens cut $68 million in spending for the state's higher education system shortly after taking office.

Eric Greitens had barely been Missouri's governor for a week when he faced a pretty tough decision: cutting the Show Me State's budget.

And he's proposing additional cuts for next year's budget, which takes effect in July.

"Universities, college professors, administrators are going to get less money than the politicians had promised them in the past," Greitens said. "And that is one of the places where we're going to have to ask them to tighten their belts so we can fund our priorities."

Greitens isn't the only governor who's recently cut higher education spending to deal with budget woes. At least 24 states have reported that revenues this year have come in weaker than expected, according to the National Association of State Budget Officers. That has resulted in cuts to higher education spending in several states, including Iowa, New Mexico and Louisiana.

Since higher education often doesn't have a dedicated source of funding, colleges and universities frequently take a hit during bad budget years. "Higher education is called the balance wheel of state budgets," says Dustin Weeden of the National Conference of State Legislatures.

"It's a large discretionary area where states can reduce in bad times, but then in general they also tend to come back and increase higher ed budget categories when good times return," Weeden says. "The challenge has been with the most recent recession — is that the recoveries have been slower and much more sluggish and taken longer to get the tax revenue back up to pre-recession levels."

In Missouri's case, the state is legally unable to raise most taxes without a ballot measure. State Rep. Scott Fitzpatrick, who chairs the budget committee, says Greitens didn't have many options for the current year's budget.

"If I had to do it, I would have probably done it the same way as far as, where do I target the majority of the cuts," says Fitzpatrick, a Republican from southwest Missouri. "I mean, it's a difficult decision, but he probably made the right one."

While a tax increase is unlikely, Greitens created a panel to examine tax credit programs that sap hundreds of millions of dollars away from the state's coffers. But getting rid of those enticements could be politically difficult, especially since the most expensive ones rehab historic properties and bolster low-income housing.

Even if the cuts to university funding were no surprise, that hasn't reduced the anxiety at places like Harris-Stowe State University in St. Louis.

The historically black university is facing a more than $900,000 cut in next year's budget, a nearly 10 percent cut in the funds the state appropriates. Harris-Stowe's president, Dwaun Warmack, says the cut could lead to some tough choices, including a potential tuition hike.

"We've prided ourselves on keeping our tuition low and ensuring that we're not putting it on the backs of the students and the residents here," Warmack says. "But with these types of cuts — in order to survive and for all of our institutions to be successful, we may have to look at tuition increases. And that's unfortunate."

Still, Greitens' budget proposal is just that — a proposal. It's still possible that legislators may be able to find money to reduce the size of higher education cuts.

For Harris-Stowe students like Taevin Lewis, a robust scholarship network for her fellow classmates may offset the impact of tuition increases.

But Lewis, who serves as the president of the school's student government, says she has talked with students at other schools looking at budget cuts. And she says the sense of dread and uncertainty is difficult to take.