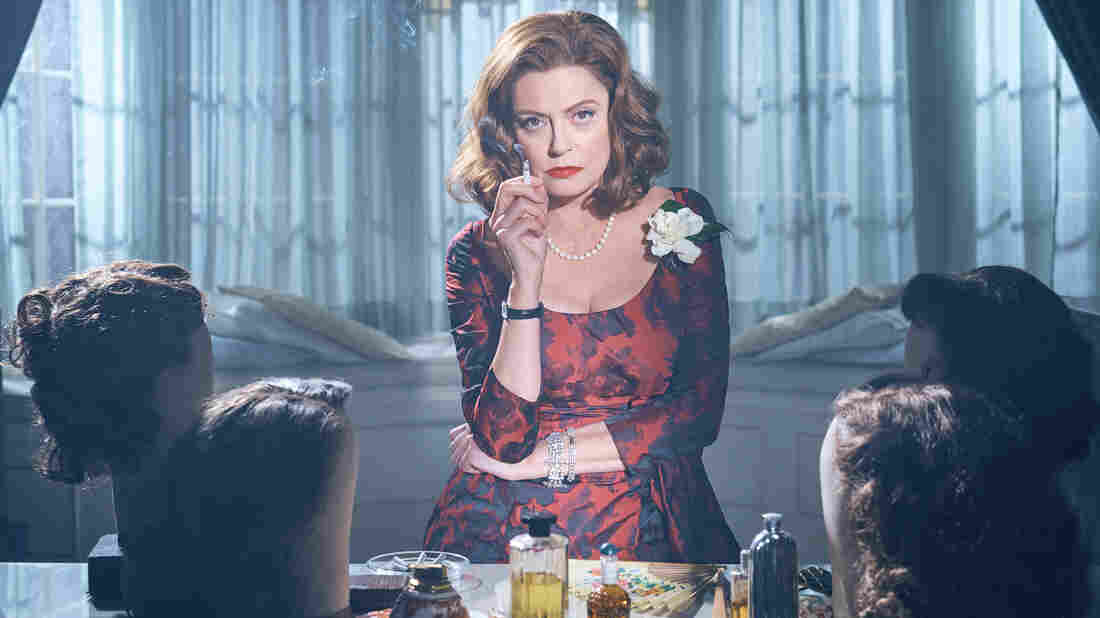 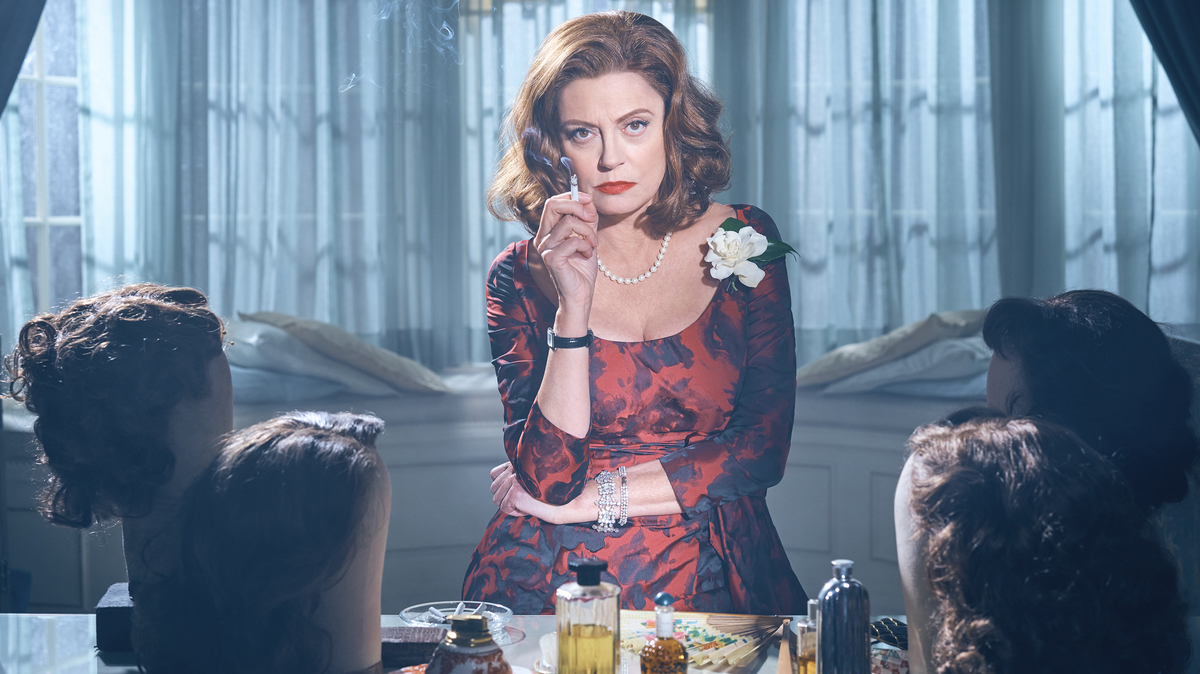 As horror movies go, 1962's What Ever Happened to Baby Jane? was a B movie, in budget and, if I gave it one, a letter grade. It didn't deserve an A for its scares or its innovation, as Alfred Hitchcock's Psycho did two years earlier, or his movie The Birds would in the following year.

But there was something about Baby Jane, with its story of two actress sisters — one confined to a wheelchair, the other obsessed by memories of her glory days as a child star — that was truly, deeply creepy. The director, Robert Aldrich, who had come up from live TV, was good, but was no Hitchcock: the movie didn't belong to him. It belonged, completely, to Joan Crawford as the invalid Blanche, and especially to Bette Davis as the sadistic Baby Jane.

Why make a miniseries out of the making of this particular cult motion picture? Ryan Murphy jump-started the current craze of miniseries anthologies, with new stories and characters being presented each season, with American Horror Story, and he's had even more success with The People v. O.J. Simpson, the first entry in his American Crime Story miniseries.

Now he's going back to the well a third time, for the same network, with a new FX anthology series called Feud, dramatizing memorable, very personal conflicts in history. And rather than starting large, with some political or philosophical battle, he's starting small, with the eight-episode campy drama called Bette and Joan.

Because it's only an eight-hour commitment, the supporting cast of Feud is unusually strong. Alfred Molina plays Aldrich, the director who has to handle both temperamental actresses at the same time. Stanley Tucci plays studio head Jack Warner, who still resents Davis for suing him to shut down the old Hollywood studio system of seven-year contracts. And there are plenty of other stars, including appearances from regular Murphy rep players Sarah Paulson and Kathy Bates.

But the real electricity in Feud is generated from the same source as in Baby Jane. It's the sight of two iconic actresses sharing the stage, and crossing swords. In Feud, it's Susan Sarandon and Jessica Lange. And in Feud, the dialogue is laden with comments, about Hollywood, ageism and sexism that are just as cutting, and as relevant, all these years later.

Bette and Joan is a salute to the joys, and difficulties, and intricacies of filmmaking. It's also a clear salute to female empowerment: both Sarandon and Lange are producers on this project — and Lange, playing several chameleonic parts on American Horror Story, has demonstrated her range on TV more than she's been allowed to, of late, in the movies.

Television, increasingly, is where the best and most challenging roles are, and not only for women — but as portrayed here, Davis and Crawford are wonderful roles indeed.

And finally, there's the whole idea behind Feud. With the nation as polarized as it is, watching a drama about a constant battle of wills and egos might not sound much like entertainment, let alone escapism. But it is. Sarandon and Lange are so vibrant, and so into their respective roles, that this first Feud, at least, is much more of a wickedly clever comedy. Bette and Joan has two guaranteed Emmy-nominated performances at its center — and it's a blast.