Accessibility links
How Do You Raise A Feminist Daughter? Chimamanda Adichie Has 15 Suggestions Adichie's new book began as a letter to a childhood friend (and new mother) who had asked for some advice. It's called Dear Ijeawele, or A Feminist Manifesto in Fifteen Suggestions. 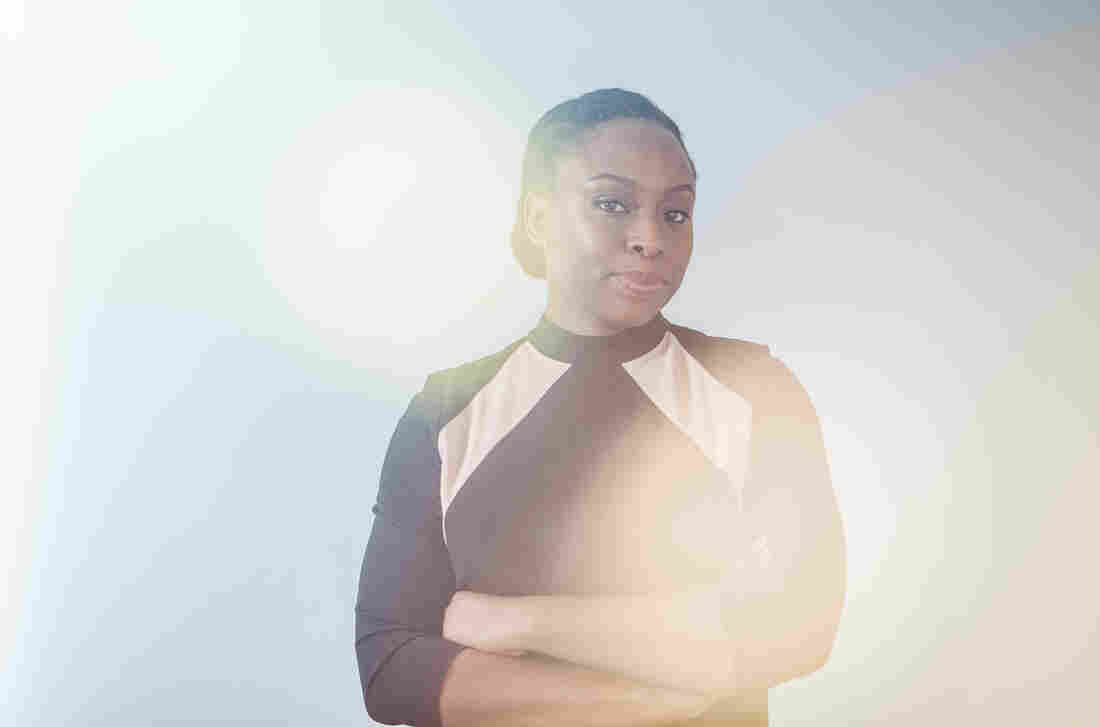 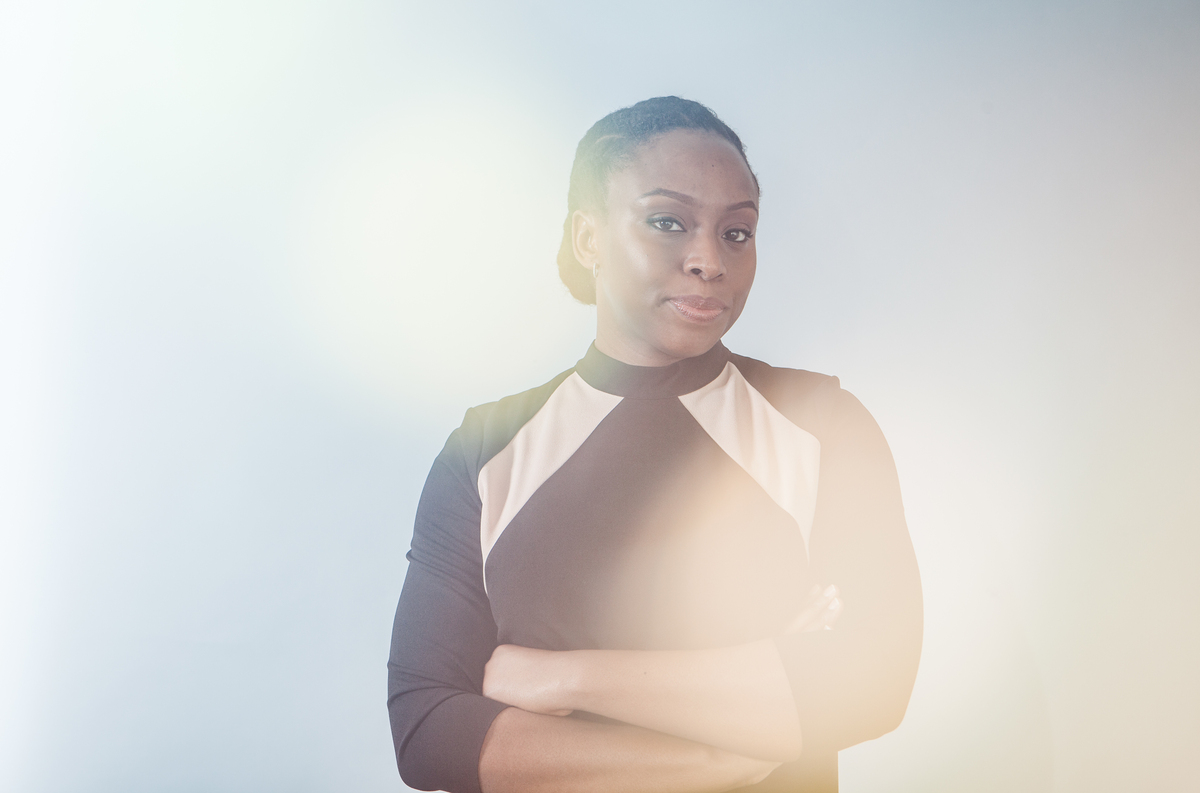 Chimamanda Adichie's novels include Americanah and Half of a Yellow Sun. The author is pictured here at NPR in February 2017.

A few years ago, Chimamanda Adichie received a message from a childhood friend asking for advice: She wanted to know how to raise her newborn daughter to be a feminist.

For Adichie — a best-selling author who has also made a name for herself as a leading feminist voice — the question was a bit daunting, but she wrote a long letter back to her friend. Now, that letter has been published as a book. It's called Dear Ijeawele, or A Feminist Manifesto in Fifteen Suggestions, and it talks about everything from how to choose toys to teaching self-reliance to challenging traditional gender roles.

Adichie says writing the letter was useful for her, too. "Yes, I wrote it for my friend, but I think to a large extent it was also my way of mapping out my own thinking. Because I have talked a lot about these things and I care very much about them and I get very passionate ... but I realized I didn't actually have a concrete map of the particular, specific things that I think will help if we do them differently."

On "feminism-lite" and why it's harmful

It means raising a girl to believe that she is inferior to a man, but that the man is expected to be good to her; that women are somehow naturally subordinate to men, but men have to treat women well. And I find it dehumanizing to women because I think that surely we have to have something more than male benevolence as the basis for a woman's wellbeing. 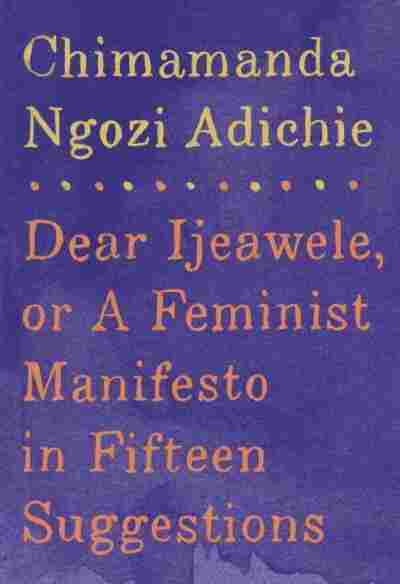 Or a Feminist Manifesto in Fifteen Suggestions

I also think that that kind of feminism-lite, you know, often uses the language of power. And an example from the book is a British newspaper writing about the British prime minister and saying that her husband had "allowed" her to shine. And I think it's the kind of language that's used so often that we just think it's normal, but it's so problematic. ... The premise, of course, is it's kind of like the headmaster has allowed the little girl to ascend.

And I just think it's important, very early on, to let children be aware of this. Right, so if a child — and when she's 3, of course, she's not going to be reading the newspapers, but when she's a bit older — to say to her, "Do you see? This is not OK and here's why: 'Allow' is the language of power, and you can't use that when you're talking about two people who are equal."

On the importance of teaching girls to reject likability

I think the way that a lot of girls are raised in so many parts of the world is that idea that you have to be likeable. And likeable means you have to kind of mold and shape what you do and say based on what you imagine the other person wants to hear. ...

Actually, I was just thinking about a friend of mine who lives and works in Lagos, [Nigeria]. And she's talking about her superior at work, who she said was making her very uncomfortable because he made very demeaning remarks about her appearance, about her breasts, that kind of thing. And she said, you know, "I just can't take it anymore. I need to tell him to stop." And one of the men, a friend of ours who was there, said to her, "Well yes, you should, but make sure you're not rude about it." And my friend said, "Of course I won't be rude."

And I remember being struck by that because I thought, He's demeaning you, this person. You're uncomfortable and unhappy, but you're still consumed by how not to be rude when you tell him to stop. And I thought, You know what? You should be bloody rude! And I remember also thinking, Only a woman raised in the way that we've been sort of conditioned would think about not being rude in telling somebody who's really hurting her to stop.

And for me it's the consequence of likeability; it's what that idea of likeability does. And I think instead we should teach girls to just be themselves, and that idea that you don't have to be liked by everyone. And it kind of makes me wonder what kind of world would we have lived in if women had been allowed to be their full selves?

On the importance of teaching difference

My general approach is teach the child that we don't understand everything. ... "I don't know, and it's OK that I don't know." I think it's important to just say to kids, "Look, there's difference in the world. The norm of our existence as human beings is difference. We're not all the same, and it's OK." ... Then it makes them just kind of shrug when things that don't fit their own narrow existence sort of appear to them.

On why it's important to start having these conversations early on

By the time we are older, it's much more difficult to unlearn things that we've learned, which is why there are so many women who — even though ideas of gender are bad for them, stifle them — they kind of still go along with it because that's what they know. If we start early to start to challenge it, push back, then, you know, a woman is more likely, when she is an adult, to have those tools to say, "You know, in the end I'm going to live the life I want to live."