Accessibility links
Cross-Dressing Academy Helps Put Men In Touch With 'Femmeselves' People seem to be more accepting of differences in gender and sexual orientation. But cross-dressing is still misunderstood. Miss Vera's Finishing School For Boys Who Want To Be Girls tries to help.

From WFUV and Folk Alley 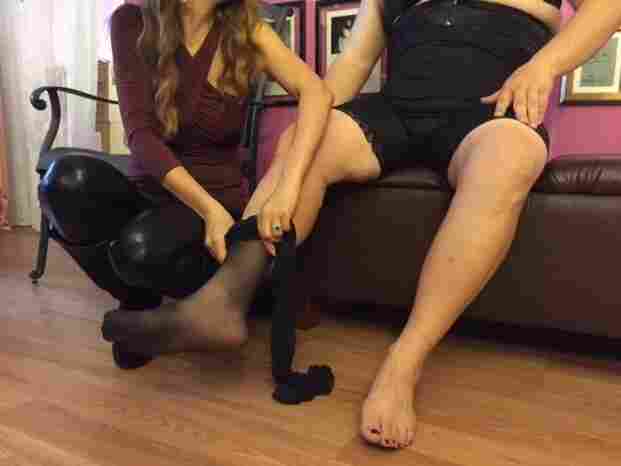 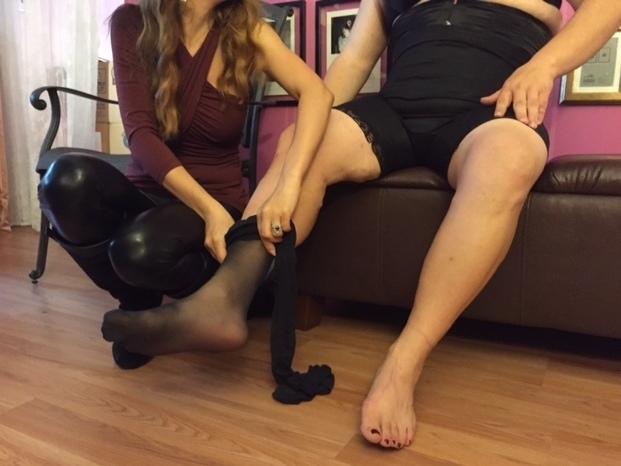 On a brisk fall afternoon, Pat shows up at the Manhattan apartment dressed like your typical soccer dad. He's wearing a baseball cap, sweatshirt, jeans and sneakers. He's greeted at the door with a kiss on the cheek by the gracefully-attired Veronica Vera.

In a few hours, after Vera and her team have asked Pat a few questions about his female persona and provided him some practical lessons in social graces and female aesthetics, he'll walk back out as "Bianca"– a sassy, 30-something-looking strawberry blonde.

"That's the perfect cue for my line, 'For every woman who burned her bra, there's a man burning to wear one,' " says Vera, who goes by the name Miss Vera.

These days, it would appear people are much more accepting of differences in gender and sexual orientation than what used to be the norm. But cross-dressing is still widely misunderstood. This is where Miss Vera comes in. She's the founder and self-described dean of Miss Vera's Finishing School For Boys Who Want To Be Girls.

Veronica Vera, Miss Vera's Finishing School for Boys Who Want To Be Girls

Miss Vera is a former Wall Street trader, who's now the author of three books on cross-dressing. Her latest is called Miss Vera's Cross Gender Fun For All. Her academy operates out of her Manhattan apartment.

"Many of the people who come here are going back and forth," she says. "They're living their lives as men and are coming here and are living out their lives as female or learning to access those parts of themselves."

That's pretty much the story of her student here on this day, Pat. He's a married father of two in his early 40s from the Philadelphia area. Pat asked that we not use his last name because he's concerned about how his colleagues and religious community will view him. Pat works in corporate consulting.

Within a few minutes on arriving at Miss Vera's, Pat starts to leave his entire male life behind.

"So let's get you out of these male duds and into some female clothing," Miss Vera tells him. "The other deans will be here shortly."

The other deans include Miss Bridie — dean of cosmetology.

"You know, there's a lot of different kinds of primers," Miss Bridie explains.

Miss Vera says all this is what puts men in touch with their "femmeselves."

"Freud only had it half right, penis envy exists. Venus envy also exists," she says. "And there are things that we as women have experienced and what men from their viewpoint see as very positive things that they want to experience too."

"I consider myself the typical American straight married man who from time to time really likes to get dressed up and look pretty," he says. 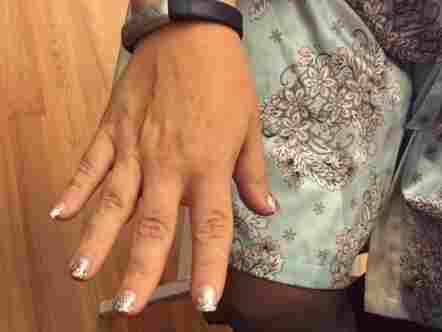 About 60 percent of the people who come to Miss Vera's academy describe themselves as straight married men.

In fact, Pat came to Miss Vera's Finishing School with the support of his wife of 15 years. She asked that we refer to her by her middle name, Leigh — because she too is concerned about potential scorn. Leigh says she sees how becoming Bianca lifts the weight of the world off her husband's shoulders.

Pat says he never takes his wife's acceptance for granted because he knows cross-dressing has ended marriages.

"She can use this against me in all sorts of ways if we had to do that. She's not going to do that."

Pat says they've both learned that you should never judge a person until you walk a mile in her 4-inch heels.