Accessibility links
After 'Green Room' And 'Blue Ruin,' The Brothers Blair Keep Film Music In The Family Composers Brooke and Will Blair got some notice last year for their music for the cult hit Green Room, starring their brother Macon. Now they're scoring his directorial debut. 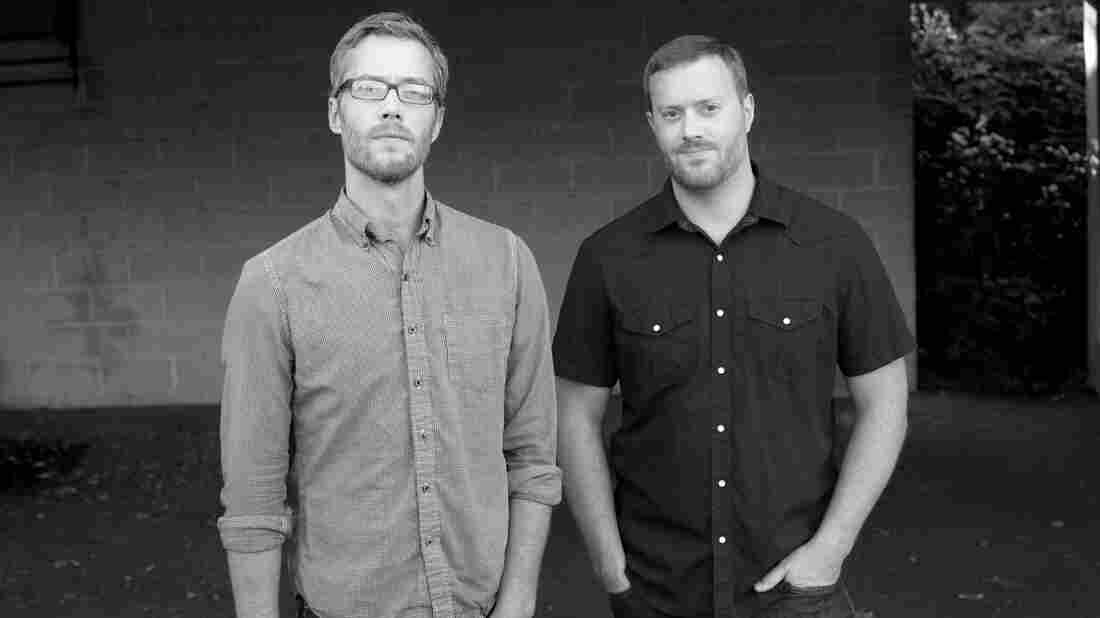 Will (left) and Brooke Blair composed the music for I Don't Feel at Home in This World Anymore, the directorial debut of their older brother Macon. Courtesy of the artist hide caption 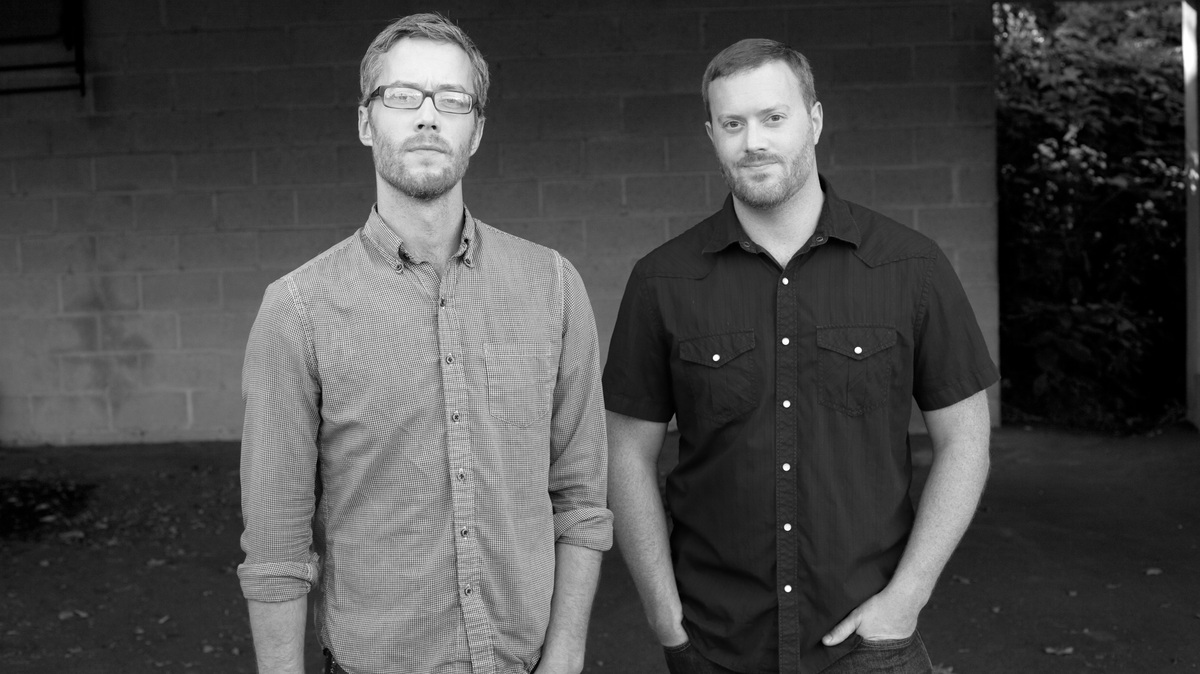 Will (left) and Brooke Blair composed the music for I Don't Feel at Home in This World Anymore, the directorial debut of their older brother Macon.

The movie that won the Grand Jury Prize at Sundance in January is about a woman whose home is burglarized. She then becomes a vigilante guided by one simple wish: that people just be nice to each other.

I Don't Feel at Home in This World Anymore, now out on Netflix, is Macon Blair's debut as a director. He's best known as an actor, having starred in Blue Ruin and last year's surprise cult hit Green Room. For his turn behind the camera, Blair wanted to mash up the genres he loved as a kid.

The film's protagonist, named Ruth, is pushed over the edge after her house is broken into and her laptop and grandmother's silver are stolen. She enlists her oddball neighbor, played by Elijah Wood, to help her investigate.

"It makes perfect sense in my head to jump from something that's very absurd and broad and then, within that same beat, have it shift into something that's horrific and hard to look at," Blair says.

After he screened rough cuts, it was clear those jumps were jarring for some people in the audience. "So we did go back and tried to sort of smooth the edges as best we could — and the music, the score in particular, was a huge part of that," he says.

To write that score, Blair turned to the most reliable, and cheapest, composers he knew: his brothers, Brooke and Will. "I think we forced a family discount on them," he jokes.

Brooke and Will Blair have played in rock bands, but they also soaked up the film music of John Williams and John Carpenter. They shifted into full-time film work when they got the chance to score Blue Ruin and Green Room, and Will Blair says they were jazzed about working with their brother, in part because his movie is such a mashup.

"Macon's ideas were very eclectic, just all over the place, without one genre or without one era of time or group of instruments," Will says. "He was very into the idea of a theremin ... not in a science-fictiony sort of way that we're used to hearing, but in a spookier, almost horror-movie sort of way to help establish the bad guy's theme. And he was very excited about a saxophone to play more of like a Motown, R&B role to help with Ruth and her theme."

A lot of the score was improvised. Will and Brooke play all of the keyboards, organ, guitars, and drums — as well as some other, more unique instruments.

"He wanted human bodies in any way we could," Will says, laughing. "So there is some, like, thigh smacking. There's heavy breathing. He wanted gang vocals."

That cobbled-together approach worked well with the film's story of a vigilante figuring it out as she goes. "The arc of the movie itself is kind of improvised. Ruth is this amateur, DIY detective, not quite sure how to go about this mission that she finds herself in," Will says. "And Macon sort of encouraged this jangly, off-the-cuff approach to the score."

Brooke Blair, the middle child of the three brothers, says that mentality extended to the production of the film as a whole.

"That's kind of what he wanted the whole time — like, let's just go in and have fun. We may not get this opportunity again, the three of us to work on a film like this," he says. "So the idea was just to keep the three of us jamming in a basement or something, like we used to when we were kids."

For a lot of brothers, building something together in a confined space, on a deadline, would be a recipe for nuclear disaster. But Brooke says they don't have that problem — mostly.

Their mom and dad are in the movie, too. And even though Mom doesn't love all of the violence and bad language, she's very proud her that boys are still playing together.