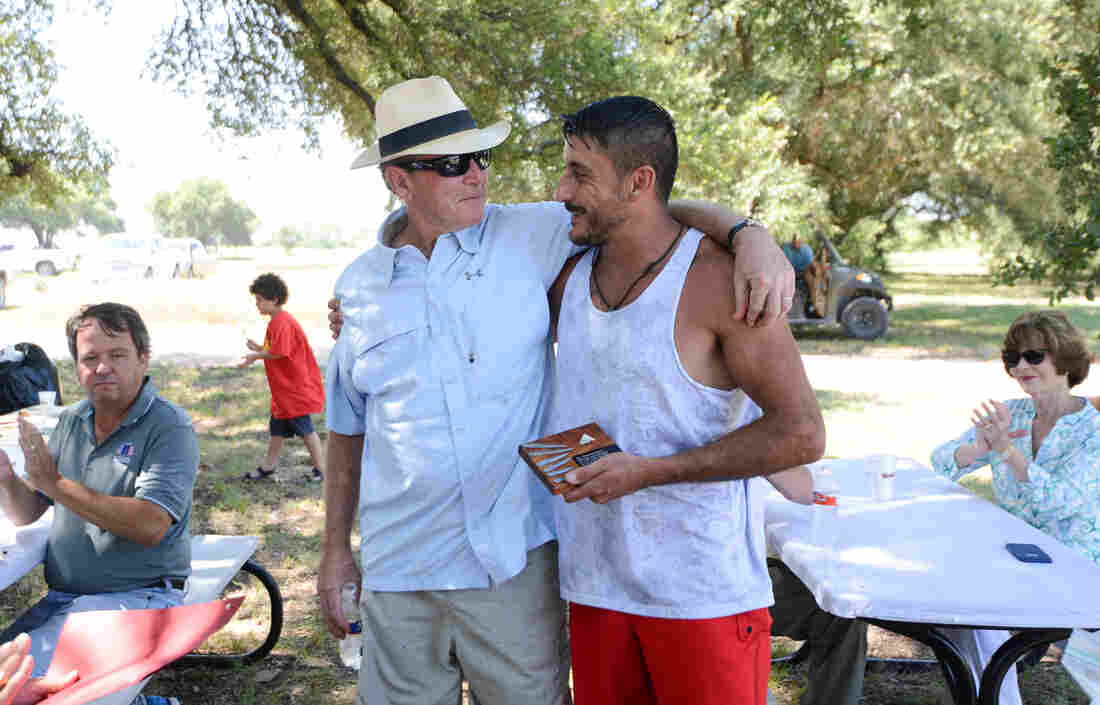 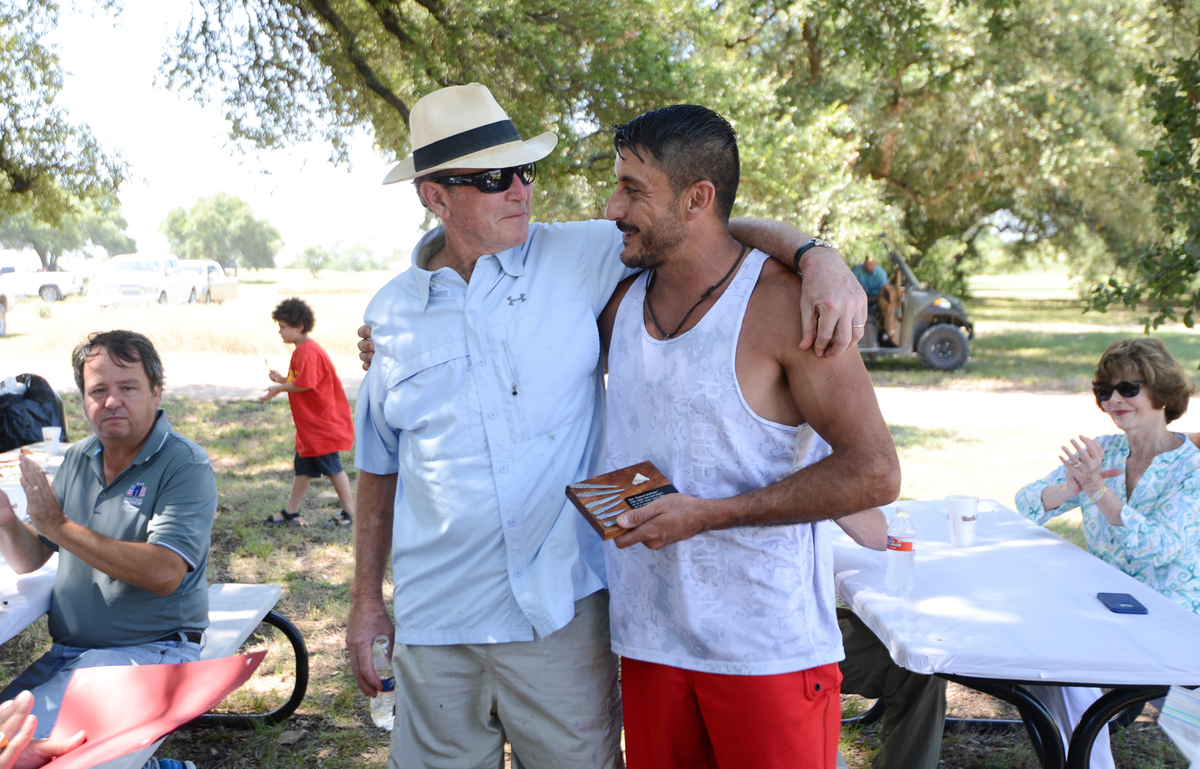 Michael Rodriguez is one of more than 60 American service members who sat for a portrait by President George W. Bush. They are pictured together at Bush's 70th birthday bike ride at Prairie Chapel Ranch in Crawford, Texas.

Michael Rodriguez is both a military man and a muse. Years after President George W. Bush sent him into war, the two men now call each other friends.

Rodriguez was a U.S. Army Special Forces Green Beret who served from 1992 to 2013. He's featured in President Bush's book of portraits of more than 60 soldiers, sailors, airmen and Marines who served in wars under his watch. It's called Portraits of Courage: A Commander in Chief's Tribute to America's Warriors. 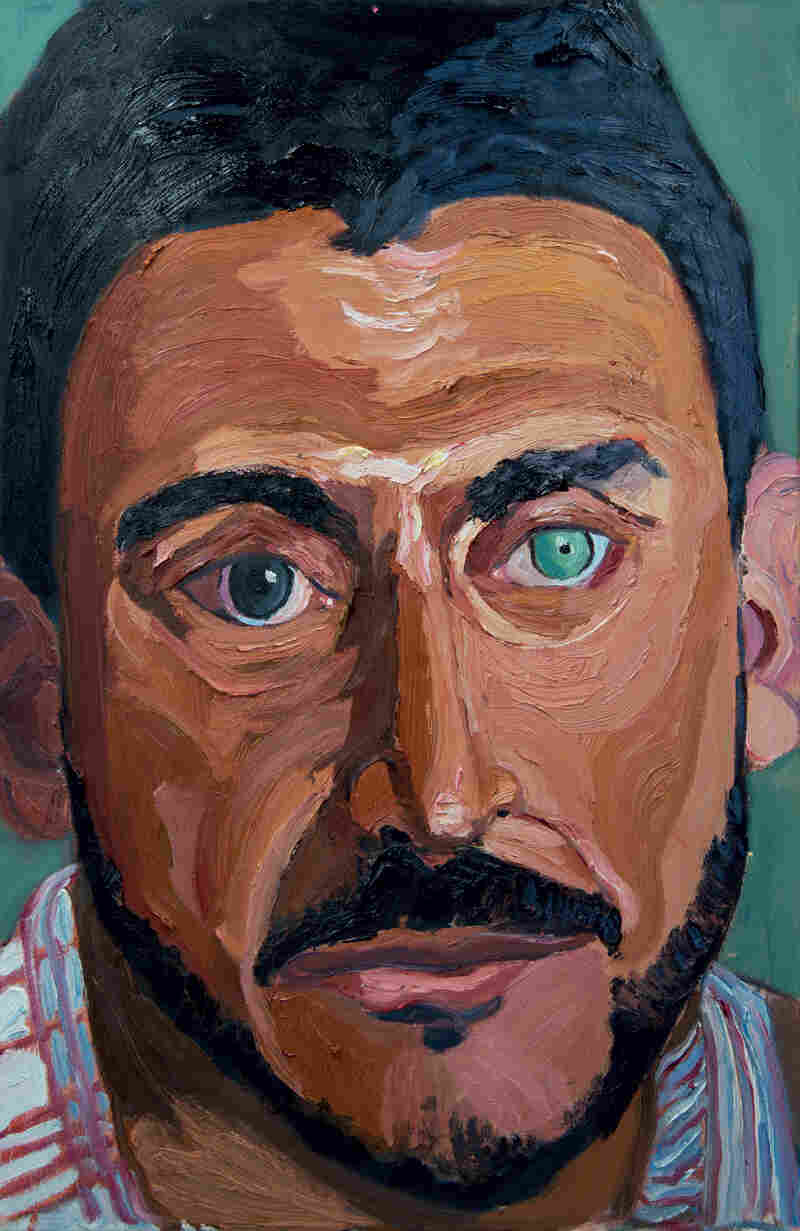 "The story behind the colors of my eyes being different is I actually wear prosthetic lenses to help correct some of the neurological vision issues that I have which are secondary to the number of brain injuries that I received in my service," Rodriguez explains. George W. Bush Presidential Center hide caption "The story behind the colors of my eyes being different is I actually wear prosthetic lenses to help correct some of the neurological vision issues that I have which are secondary to the number of brain injuries that I received in my service," Rodriguez explains.

Rodriguez says the likeness is pretty good: "I'm blown away that my former commander in chief would actually take the time to paint those that served under him," Rodriguez says. "And I'm humbled that he selected me as one of them. I think it's a pretty good representation of me. ... I'm still kind of processing the whole thing."

Rodriguez, who served nine deployments in 21 years, says he has big hopes for the former president's project.

"My hope for this, for his book, is that it bridges that civilian-military divide that Americans feel," he says.

No. I've never been upset. You know, growing up I was a patriotic American. Heck, my wife's still active duty serving in the Army. She's a combat veteran. ... My oldest son is stationed here in the 82nd Airborne division. I've worked under all the presidents, you know, from President [George H. W.] Bush to President Obama and I've never, I've never been angry at my commander in chief. The burden of command is something that is something you'll never really fully understand unless you're that guy in that position.

On the day he had to retire

I'll never forget it. You know, it was like 17 different diagnoses, 17 things that were wrong with me. ... I knew there were some issues but I had no idea how extensive they were. ... They said: "We're initiating medical retirement proceedings because you can no longer perform your duties as Special Forces Green Beret." And that's a quote ... I'll never forget that. That was probably the hardest sentence I ever had to hear. 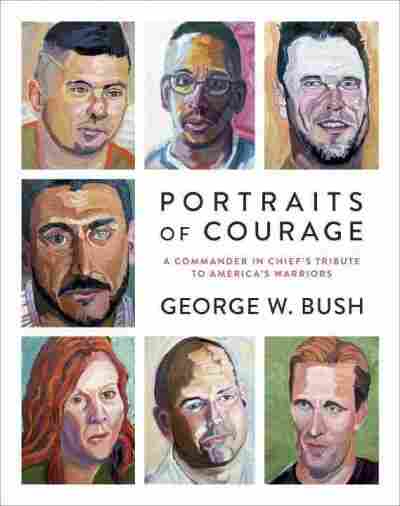 A Commander in Chief's Tribute to America's Warriors

On how retirement affected his identity

I think [in] the military ... we identify ourselves by our job position or duty position. And after 21 years of service, I identified myself: I was a soldier. I was Special Forces Green Beret. That was my job. Yes, I was a father, I was a husband, a brother, a friend. But when I heard those words it was just difficult for me to process because it was almost like I was losing my identity. ...

I was dealing with not just the multiple traumatic brain injuries and neurological issues that come with that, but, you know, I had severe post-traumatic stress. I was ... finally having to face and deal with memories and things that I carried around from my first deployment as an 18-year-old in Somalia to my last deployments to Afghanistan. So it was very difficult for me. And unfortunately I was dealing with it through alcohol. ... I was self-medicating.

On his own art

And, you know, I found the gift of art. I'm not saying I'm a gifted artist by any means. But I think art is a gift. ... Art allows us to express ourselves where words fall short. And it's not only an expression, but it's open to interpretation as well. It's a beautiful thing and I think everyone has an artist inside them.

I got into metalworking, blacksmithing, and I found the beauty in taking an unforgiving material or medium-like metal. I want to make something out of it, but the material wants to become something as well — and we kind of meet in the middle. ... It's more of a physical art and, me being a physical guy, I really enjoy the freedoms of expression that it provides to me.

Joining the military is a personal choice. But you know what? Before any one of us joined the military we were Americans. Whether you serve or not ... that's the commonality we all share — we love our country. And I really hope that people when they read this book and see this ... they see we're just normal people. Veterans aren't that different. ...

My hope is that this book bridges that gap, because we all need to come together. ... The onus is on both communities. But at the end of the day, we're all Americans and I really think that this book will illustrate that.