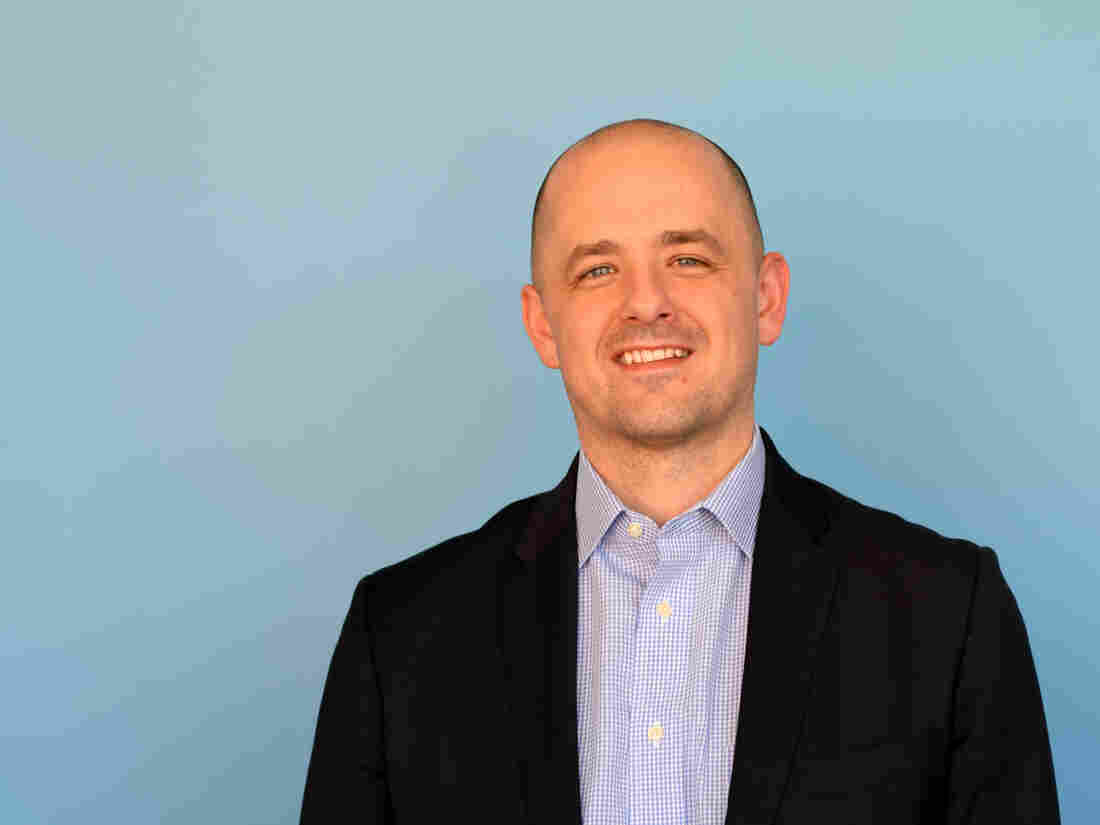 Evan McMullin ran as an independent candidate in the 2016 presidential elections; he received twenty percent of the vote in his home state of Utah but since then, he has earned a following as an independent conservative voice. Joe Ruiz/NPR hide caption 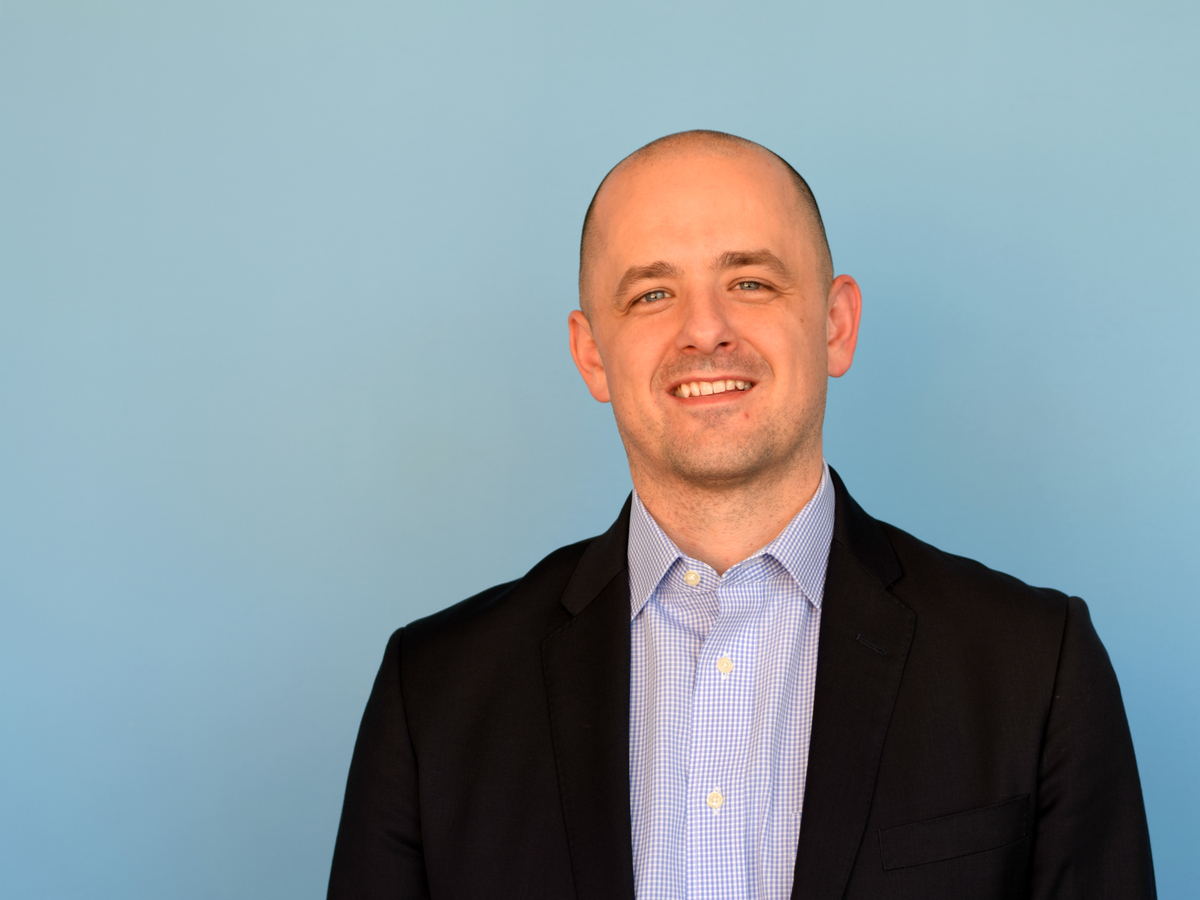 We're going to start the program today by talking with someone who has experience in both intelligence gathering and politics. Evan McMullin ran as an independent candidate in the 2016 presidential elections. He received 20 percent of the vote in his home state of Utah. But since then, he has earned a following as an independent conservative voice supportive of President Trump on some issues, but also willing to criticize Trump initiatives such as his travel ban and perceived closeness with Russia.

Evan McMullin also served in the CIA for nearly a decade, and then he was a chief policy director for House Republicans. In January, he created a new political group called Stand Up Republic. It's aimed at holding political leaders more accountable. Given the week's news, we thought it would be a good time to hear from Mr. McMullin, so he was kind enough to stop by our studios in Washington, D.C.

And I began our conversation asking for his reaction to the news of the day. Earlier today, President Trump tweeted out that, quote, "Obama had my wires tapped in Trump Tower just before the victory. Nothing found. This is McCarthyism." Later today, a spokesman for President Obama refuted the tweet, saying that, quote, "no White House official ever interfered with any independent investigation led by the Department of Justice." So I asked Evan McMullin for his take.

EVAN MCMULLIN: Yeah, well, there are a lot of words to parse here, but I think what President Obama and - through his spokesman is saying is that he didn't order any such tap, right? But that doesn't mean they didn't happen. And we don't know exactly what Donald Trump is referring to. He could be referring to a recent, I think, Breitbart report that suggested President Obama ordered it. Or he could be referring to reports that came out months ago that says there was a law enforcement or national security effort to gain a warrant that would allow for the collection of signals, intelligence related to the Trump campaign's connections with Russia.

But I think the larger issue politically is that - I believe personally that he attacks those who publish or who would engage in activities that would highlight compromising activities on his part in an effort to discredit them in case they are, as I said, compromising in a significant way. So when the press comes out and says, well, we've learned that the Trump campaign has had contact with Russian officials during the campaign, he attacks the press and calls it fake news. When the intelligence community does something like that, he attacks them. So I think this is more of that.

MARTIN: I wanted to get your perspective on this news that so dominated last week of Attorney General Jeff Sessions' meetings with the Russian ambassador. And this comes after President Trump's pick for national security adviser, Michael Flynn, resigned after it was revealed that he was not honest with Vice President Pence about talking about sanctions with the Russian ambassador. So I wanted to ask, you know, given your experience in intelligence, like, what is the significance of this? For people who've been following this kind of drip drip drip all along but don't understand why it means something, what's your take on what it means?

MCMULLIN: Well, look, it would be possible for this to be a totally nothing story - OK? - if Jeff Sessions had simply said, yes, in my capacity as a senator, I had a meeting with the Russian ambassador. We talked about X, Y and Z and the meeting was over. And that's really the only sit-down meeting I had with him. I came across him one other time at the Republican Convention. We talked about this. It was in public. Then it really wouldn't be an issue.

I mean, I think there are some, including myself, who would really want to know the details of those discussions. But it would be far less of an issue. The real issue here is that Jeff Sessions was a key Trump campaign associate and he misrepresented or, I would say - and I do say - lied about his contact with the Russian government. And that's the real concern.

And if it were only just one Trump campaign associate, then maybe it wouldn't be such a big deal. But the fact is that Sessions is only the latest of a number of Trump campaign associates who have tried to cover up their connections with the Russian government at the time the Russian government was actively trying to tip the election towards Donald Trump.

MCMULLIN: Well, that's - that I'm sure is a fact. And there's nothing wrong with that. A presidential staff would meet with a Russian ambassador. They should. Also, a president-elect and his staff or her staff could meet with a Russian ambassador. Again, these things are normal, but there's then no reason to hide these things if they're happening within an acceptable context. But if they're happening during the campaign, if a presidential campaign has close ongoing contact with Russian officials as they're trying to influence the election for that campaign, that is deeply troubling.

And let me just say how - and I - this is one of the biggest concerns I have about all of this, about Trump's presidency, is that so much is being normalized just because we're living through this experience. And many people, maybe this is the first presidency they paid attention to. And all of a sudden, all of this seems normal. It is not normal for a presidential campaign to have close and ongoing contact with any foreign government, especially not an adversary and especially not the Russians.

MARTIN: Given all of that, what do you think of these calls for an outside or a special investigation, a special bipartisan investigation into Russia's alleged influence on the election? We now know, of course, the attorney general has recused himself from leading such an investigation. But a lot of other people say that that's not sufficient, that there should be some sort of independent inquiry here. What's your take on that?

MCMULLIN: Well, right now the investigation in Congress is happening within the standing intelligence committees, one in the Senate and one in the House. I have said and I continue to believe that that is insufficient. I'm sad to say that I think Republican leaders are keeping these investigations in the intel committees because it's easier there to limit and control the investigations. I believe that they're trying to minimize the political damage that will occur for them if their Republican president is exposed as having untoward relations with the Russian government.

And so what do I think should happen? A couple of things. I believe in Congress there should be a bipartisan special committee established. So that needs to happen in Congress. Some people in - or some people about this are saying, you know, no, we need an independent commission like the 9/11 Commission. The problem with that is in order to establish a commission, you need a law. And in order for there to be a law, of course, it has to pass through Congress and the president has to sign it. And this president is unlikely to do that.

And in addition to that, you have other factors that mean that the commission is really not the best idea. It needs to - in Congress it needs to be a special select committee that's bipartisan and potentially bicameral. Now, beyond that, you need also a special counsel with DOJ to look into this. Now, why do you need the DOJ special counsel and the special committee in Congress? Because they do different things. The special counsel would look at possible criminal offenses related to Russia's influence in and of our election and the potential for Americans who have been involved in that in a criminal way.

But the investigation in Congress is much broader and not only relegated to potential criminal offenses. So it can look into what exactly Russia did. That's more of an espionage or counterintelligence thing. It can also look at what some Americans might have done that - activities that don't maybe amount to criminal activities but are still very important for the American people to know. So you need both of these things.

MARTIN: If you're just joining us, we're speaking with Evan McMullin. Last fall, he ran for president as an independent. Now he's heading up a new political group called Stand Up Republic. Its purpose, he says, is to demand more accountability from this administration and to stand up for democratic principles.

Given that you were the former policy director, you kind of ran the policy shop for the House Republican Conference. I'm curious to know what reaction you're getting from your colleagues. I mean, on the one hand, Republicans now control both houses of Congress.

On the other hand, you get the sense that there are people like yourself who worked on some of these issues for many years who have concerns about the direction this administration has taken on things like the travel ban, for example. And you've publicly opposed things like that. And I'm just wondering, what reaction do you get from your former colleagues up on the Hill in taking these stances?

MCMULLIN: Well, there are different reactions. I mean, I think there are certain members who are very closely aligned with Donald Trump. And I think they don't appreciate what I'm doing and what I say. Other members of Congress appreciate what I'm doing. I'm doing things that say - and saying things that are more difficult or difficult for them to say. So it's a real mixed bag. But there are a lot of concerns among Republicans on the Hill.

The question is what they will do to hold Donald Trump accountable. And that's - that is one of the most important questions of the day because Republicans in Congress are the most able to hold him accountable second to the courts. But the courts can really only hold Donald Trump accountable when a question is placed before them, which isn't something that happens on a daily basis, whereas members of Congress can actually check Donald Trump on a daily basis. And that's why that's so important.

MARTIN: Well, so tell us about your group, Stand Up Republic. What's the mission?

In addition to that, we're developing further from the campaign - I mean, this started during the campaign, but we're developing a grassroots support base across the country that is bipartisan, that is interested in defending democracy in the United States. And then we will be using that to encourage members of Congress to hold the president accountable and to do other things themselves to defend democracy in the United States. Our goal is that. Our overarching goal is to defend democratic ideals, norms and institutions in the country.

MARTIN: That was Evan McMullin. He ran as an independent candidate in the 2016 presidential campaign. He was kind enough to join us in our studios here in Washington, D.C. Evan McMullin, thanks so much for speaking with us once again.