Accessibility links
Joan Shelley Meets 'Wild Indifference' With Tenderness In the lead single from her new, self-titled album, the folk singer addresses another person while turning inward. "If I had my way, every song would eventually lead to empathy," she says. 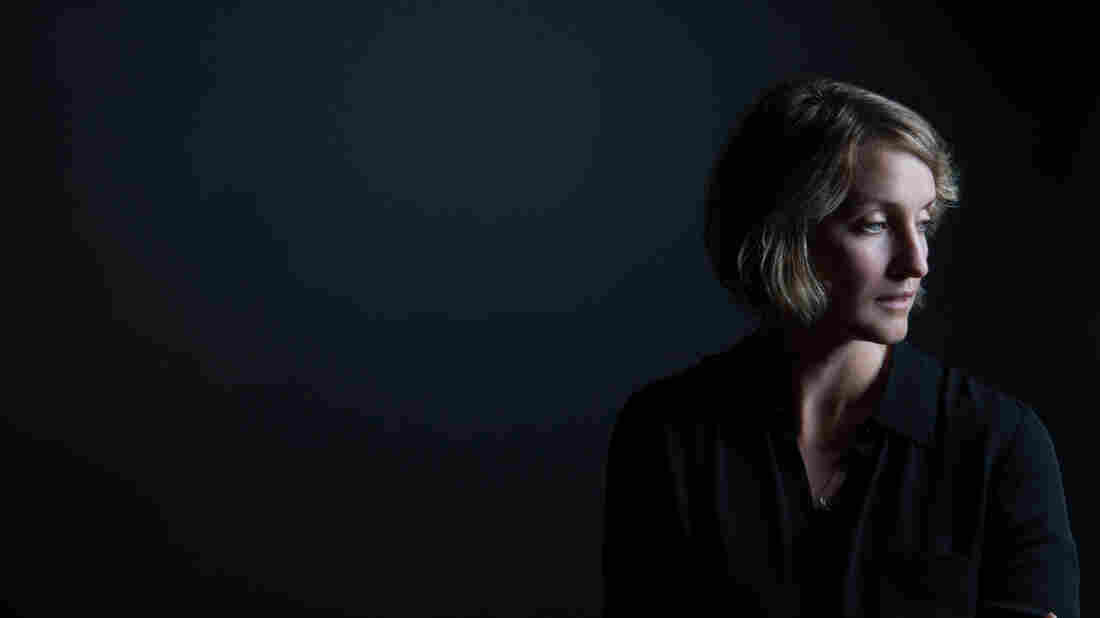 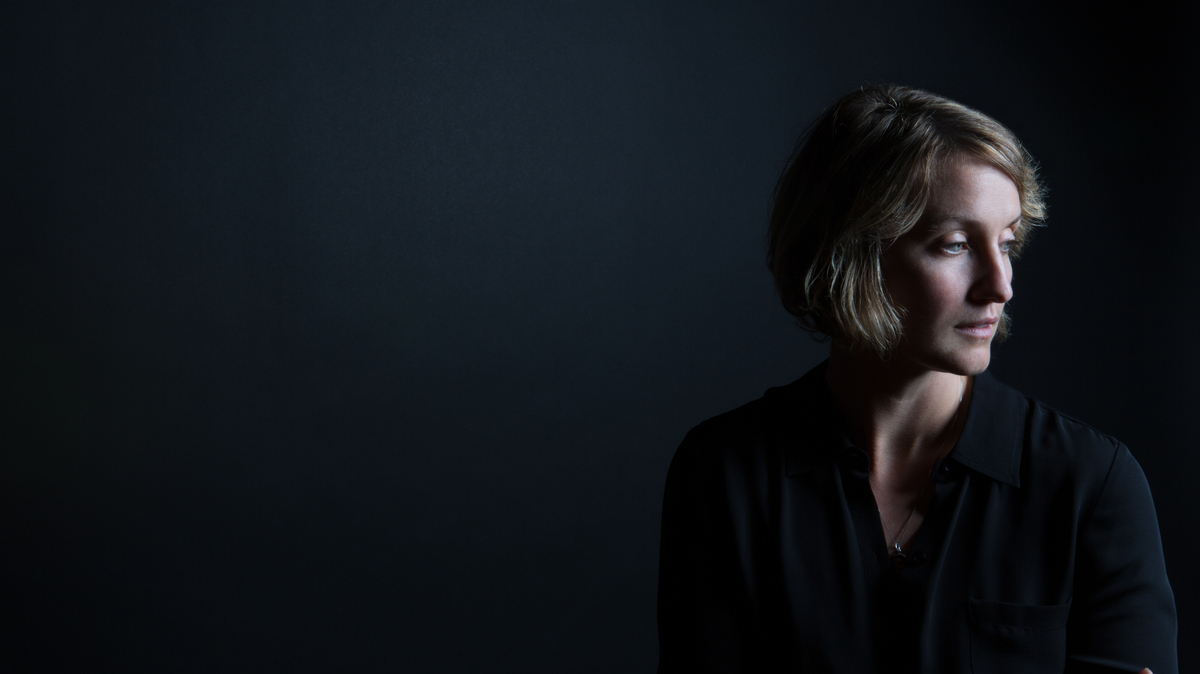 On May 5, the Louisville songwriter Joan Shelley will release her fifth album of poetic folk minimalism. This time, it's self-titled. "I'm all for adding only what is required, so in a way this was trying to get away with less," she tells NPR. "This particular collection of songs feels somehow central in relation to what I've done so far and what'll come next. It also didn't feel necessary to slap a title on it. Everything about this album, from writing to performance to artwork, was an exercise in understatement."

Backed by longtime associates Nathan Salsburg and James Elkington, Shelley opted to work with a producer for the first time, and found a fitting match in Wilco's Jeff Tweedy. The pair met at a radio recording in 2016, and soon after, she asked "on a whim" if he wanted to collaborate. "Of course I was in shock when I heard he was up for it, knowing Richard Thompson, Mavis Staples and Pops Staples were other records he'd worked on," she admits.

There's an effect to Salsburg, Elkington and Shelley's playing on lead single "Wild Indifference" that sounds technically novel and beguiling but emotionally familiar — a soft, lurching sound that evokes the hum of corrugated metal shacks bowing in the wind. The impression is desolate and buoyant, a rudimentary shelter against the elements that echoes Shelley's tentative self-protection in the face of fierce disregard. On her early albums, minimalism meant fragmented narratives, but her growth as a songwriter means she can now tell a whole story in just a few lines. "In your wild indifference / It's all centered around you / Ain't it lonely?" she asks, her voice barely touching the sides of each word.

Shelley's weapon against apathy is wholehearted tenderness, wielded with delicate precision. At the faintest edge of the mix, a wisp of finger-picked acoustic guitar attempts to coax her subject out of their self-inflicted confinement, and her pain gives way to empathy and determination. "Well, I've been the chaser too long," she declares, turning inward, and onward.

Your last album was written during a spell of isolation in Greece. Do these songs come from a particular time or place?

Joan Shelley: Most of these songs come from the spring after the recording session for Over And Even, in Louisville, Ky. I'd moved into a little colorful house just around the corner from Nathan. We started playing together regularly because of the proximity and, having just made the new record, it sparked a whole new batch of guitar-driven melodies and songs.

How did it work to pair your world with Nathan and James with Jeff's world in Chicago? 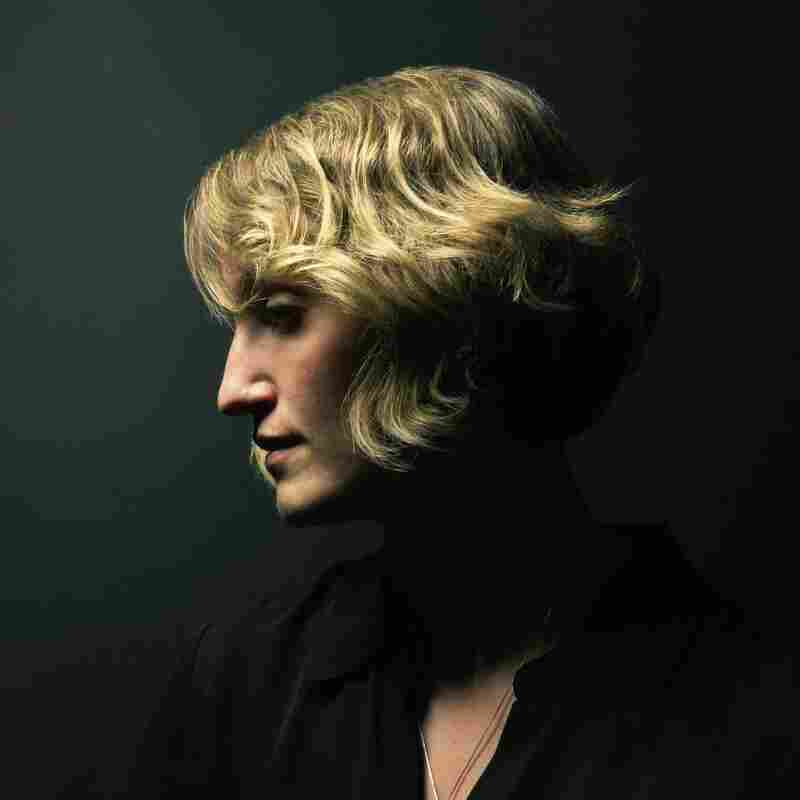 The Loft [Tweedy's studio] is a dream place and Tom Schick, the engineer, is like a mind-reader. You're thinking you might like to try that guitar across the room ... and you're plugged in and he's already recording. Jeff had a great instinct in working with us and nudging us into the sweet spots, helping highlight certain things with his playing and keeping us out of our own way, pulling amazing guitars off the walls and putting them in our hands. Then we had Spencer [Tweedy] there, who I'd heard play drums on that Pops Staples record. He's incredible. We kept several first takes of songs Spencer had not even heard once through.

Halfway through "Wild Indifference," it feels as though there's a shift in tone as you address whomever you're speaking to — from pain to empathy.

If I had my way, every song would eventually lead to empathy. Music can take you out of your head and into your body and heart, where there's more opportunity for empathy and a de-escalation of the dramas we make for ourselves. That's part of the path of this one. The song is addressed to another person but circles back inward.

Joan Shelley comes out May 5 via No Quarter.