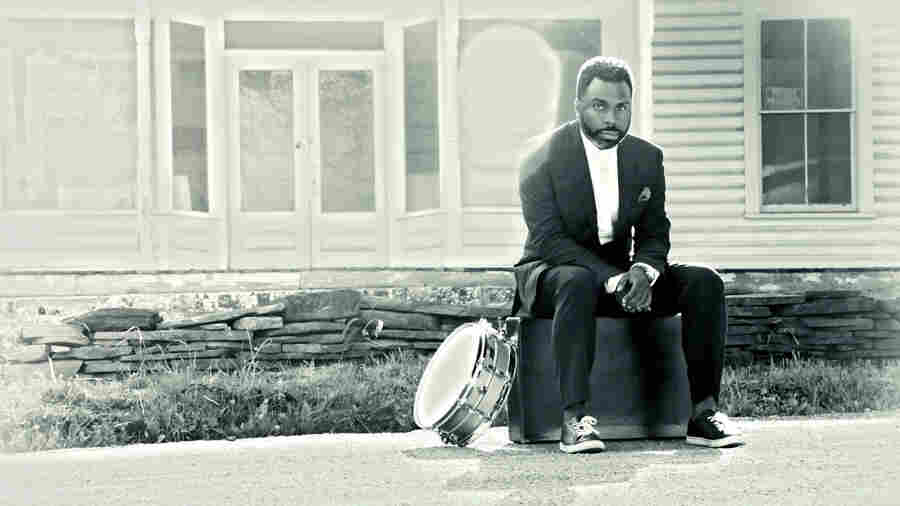 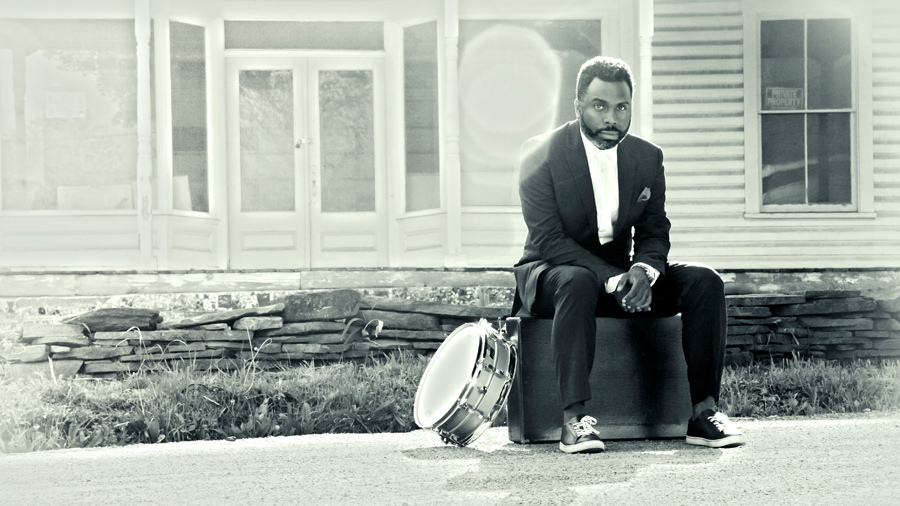 Laura Hanifin/Courtesy of the artist

Over the last 15 years, drummer and composer Nate Smith has built the quintessential jazz resume: He's been in bands led by jazz legends, such as bassist Dave Holland, and toured with some of the music's rising stars, like saxophonist Chris Potter.

Jazz musicians often lead nomadic lives; they go where the gigs are. A growing contingent of younger players are musical nomads, too: They're reworking the beats they grew up with — hip-hop, rock, R&B — into settings for jazz creativity. Smith, 42, is among them. He comes from jazz — he's happy when he can get sparks flying — but, like many of his peers, he's searching beyond jazz history.

His first solo album, Kinfolk: Postcards From Everywhere, emphasizes catchy, singable melodies and spring-loaded backbeats. Smith often starts with a conventional pattern, then disrupts it by adding an extra hiccup of a beat. Just that slight modification gives the groove a serious jolt.

Throughout the record, Smith tells multiple travel stories. Some reflect his experiences touring; he's soaked up breezy, wonderfully open grooves from all over the place. Some are more personal: His parents are heard in short interludes, recalling his family's moves from the South to the North and back. Many songs express a deep wistfulness and the traveler's longing for home.

When Smith and vocalist Gretchen Parlato listened back to the tune "Pages" in the studio, the drummer says he was seized with an unusual worry — that the track was too pretty, not cerebral enough. He got over that pretty quickly, when he realized that the journey of the project mirrored his own journey: He started out in jazz and wound up with the kind of sweeping travel diary only a nomad could make.