Accessibility links
Treat Gun Violence Like A Public Health Crisis, One Program Says A violence prevention program takes a public health approach to the gun violence in Chicago, where the program has struggled to find funding. In New York, the program has seen big results. 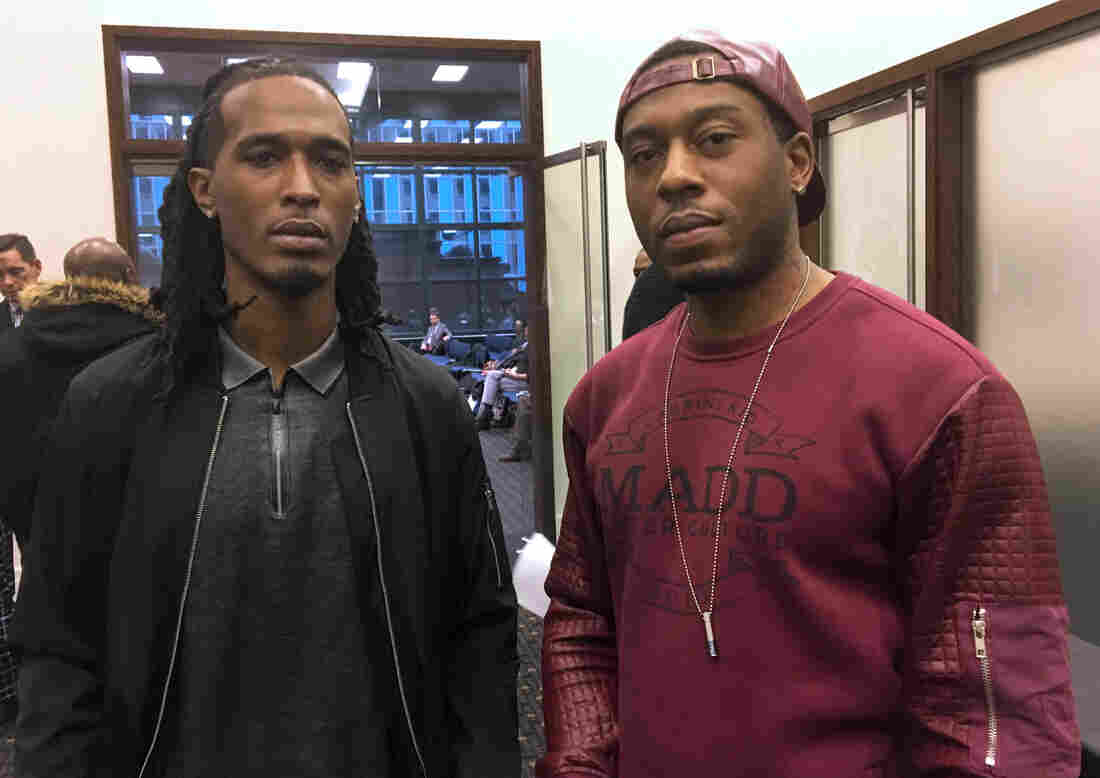 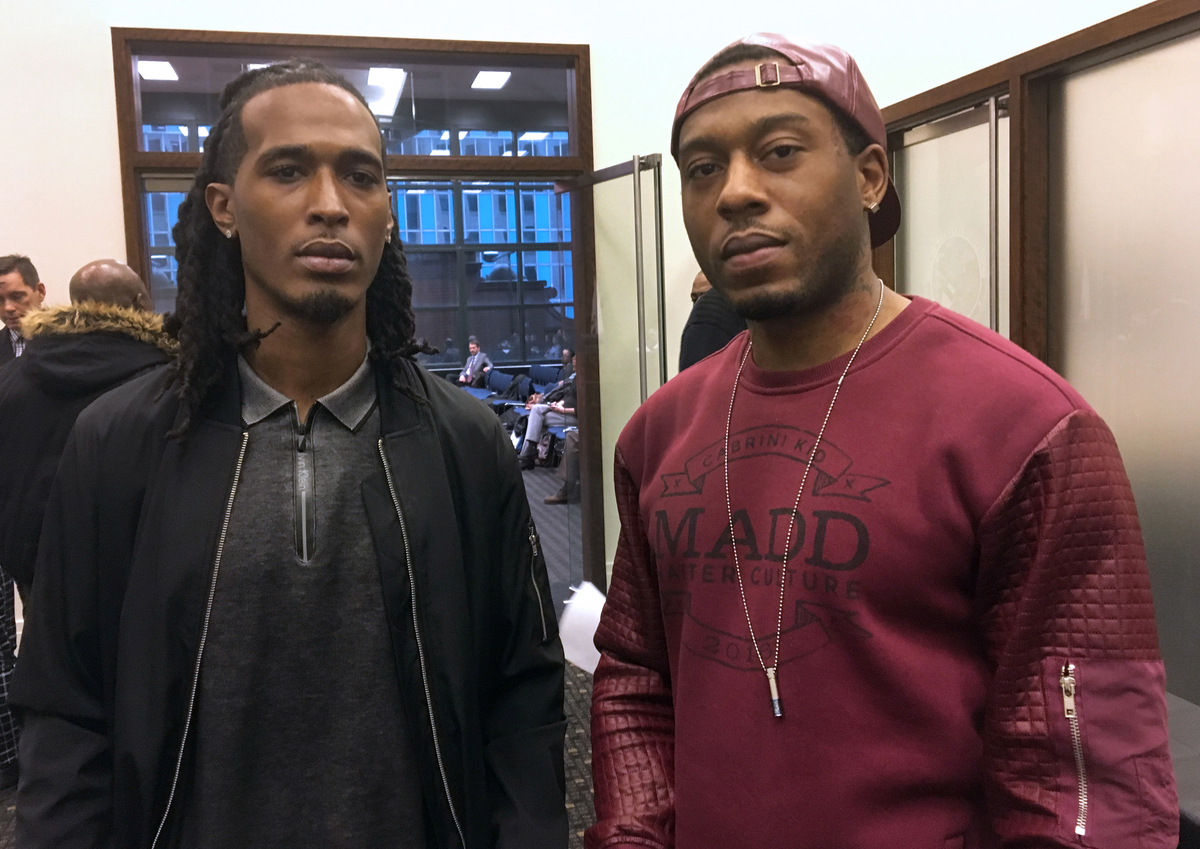 As gun violence continues to plague some of Chicago's neighborhoods, a violence prevention program is looking to tackle the issue by treating it like a public health crisis.

Chicago's murder rate is below that of other cities, but the actual number of murders in the city last year — most from gun violence — exceeded the combined total of murders in New York City and Los Angeles.

Cure Violence, a violence prevention program, was launched more than 20 years ago by epidemiologist Gary Slutkin, a professor of public health at the University of Illinois-Chicago. 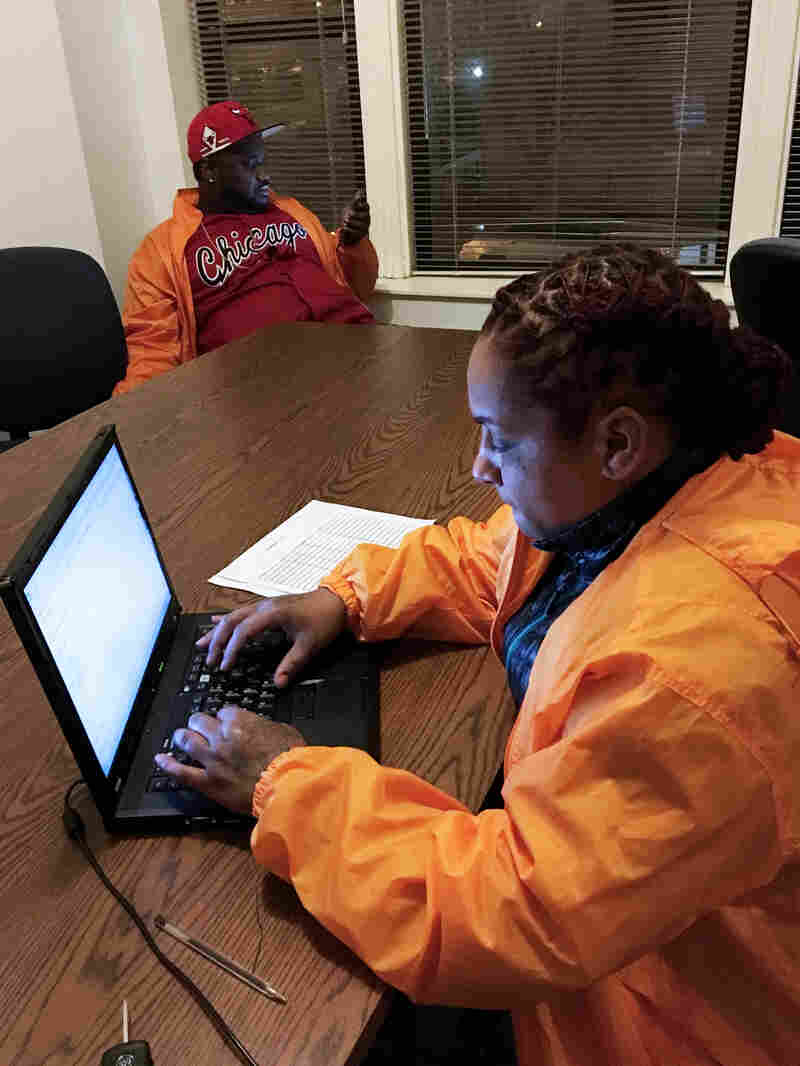 Jerusha Hodge is among the handful of CeaseFire outreach workers who work to curtail violence in three South Side Chicago neighborhoods. Hodge says shootings are down in the areas where CeaseFire has a presence. Cheryl Corley/NPR hide caption 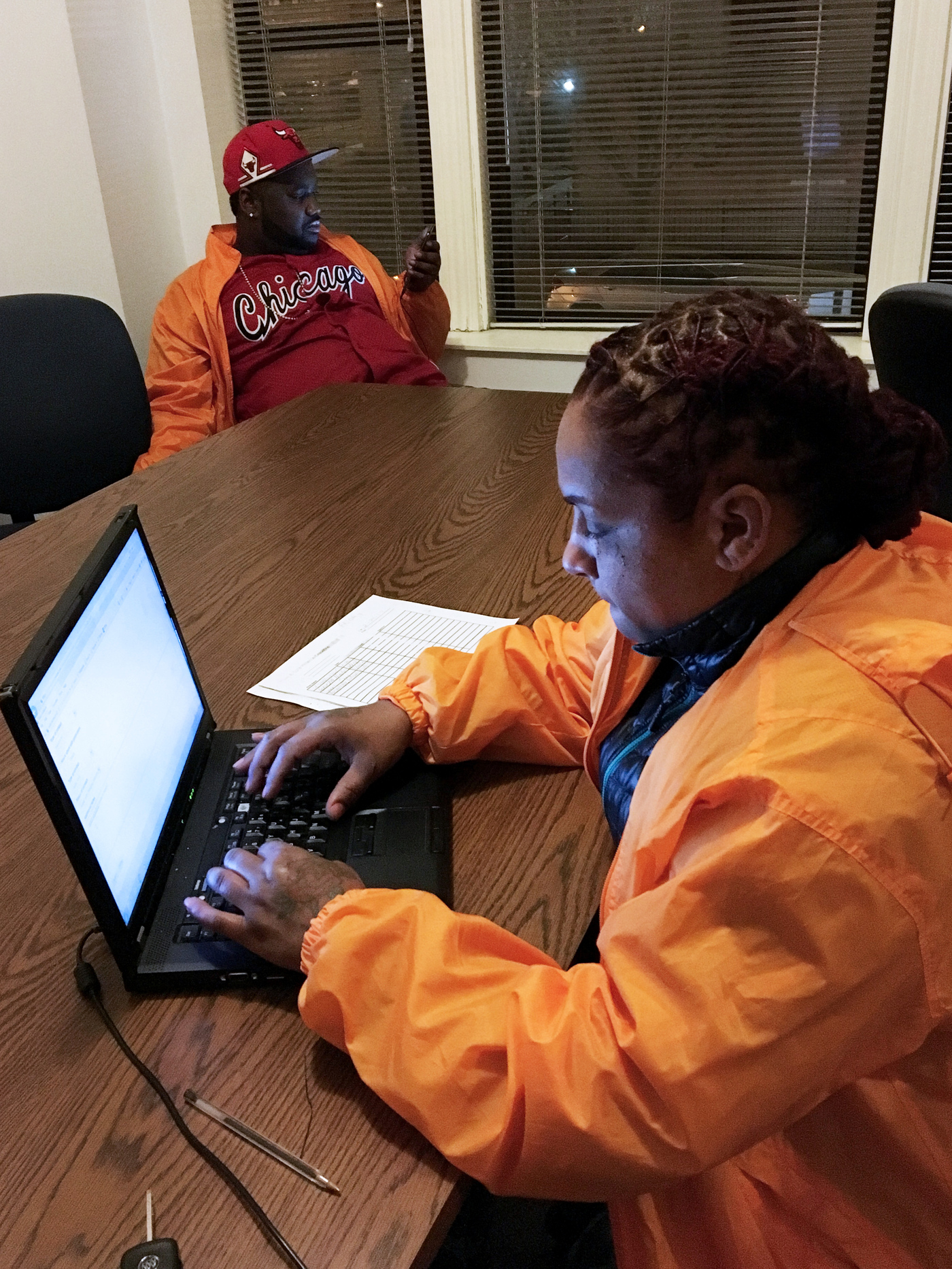 Jerusha Hodge is among the handful of CeaseFire outreach workers who work to curtail violence in three South Side Chicago neighborhoods. Hodge says shootings are down in the areas where CeaseFire has a presence.

The program has been a force in several cities in U.S. and abroad. It gained national attention with the 2011 release of a documentary called The Interrupters, which showed former gang members intervening to prevent disputes from turning deadly.

In Illinois, the Cure Violence organization is called CeaseFire.

Slutkin says violence is a public health problem and should be treated like any other contagious disease.

He says there's a reason why some neighborhoods are plagued by gun violence.

"The definition of contagious is it produces more of itself, and how much you've been exposed is the predictor of whether you're likely to do it," he says. "So this is a health problem."

Violence interrupters and hospital responders — typically former gang members themselves or ex-felons — work like emergency room doctors to quickly sort out disagreements and to try to tamp down violence:

"As far as CeaseFire had helped me, I was out here crazy," says Niko Williams, a former gang member. "I got shot six times."

He's on a panel of people who came to speak to state lawmakers about the impact of Cure Violence and CeaseFire.

Williams says it took the constant involvement of a CeaseFire worker to help him change that attitude.

Multiple studies show the program can make a difference. One study was conducted by Wesley Skogan, a crime specialist at Northwestern University.

"So we looked at shootings within gang and crime networks and found that in fact in the CeaseFire area, shootings were much less likely to generate retaliatory shootings after CeaseFire was introduced."

But in 2013, the city of Chicago did not renew a million dollar grant to Cease Fire. Some officials claimed the program didn't work closely enough with police. Others disliked that many of the violence interrupters were former criminals. During that hearing before state lawmakers, Andre Thomas said his experience makes him credible.

"If I can stop that person from being shot, who cares that I was in prison?" he asks.

The program lost most of its funding from the state two years ago at the beginning of a long running budget battle in Illinois. It now runs a scaled down version with private donations and grants.

On the streets of Chicago's South Side, Jerusha Hodge is wearing an orange CeaseFire jacket. Years ago, she lost a 9-year-old daughter to gun violence. She is one of six CeaseFire employees working to curtail violence in three sprawling South Side neighborhoods.

"Oh, we are stretched," she says. "Six people for three different communities. That's not enough."

But in New York City, the program has been embraced wholeheartedly.

Eric Cumberbatch, the executive director of the Office to Prevent Gun Violence, says New York expanded the program from five neighborhoods to nearly 20, and the city saw its lowest level of gun violence in three decades.

New York is currently investing $25 million in its Cure Violence efforts. Javier Lopez, the city's assistant health commissioner, says police recognize the partnership between the public health workers and criminal justice, "and I think there's been growing understandings between both of those worlds," he says.

In Chicago, it's an understanding that supporters of Cure Violence and CeaseFire say must also play a greater role here in reducing the deadly trend of gun violence infecting some neighborhoods.