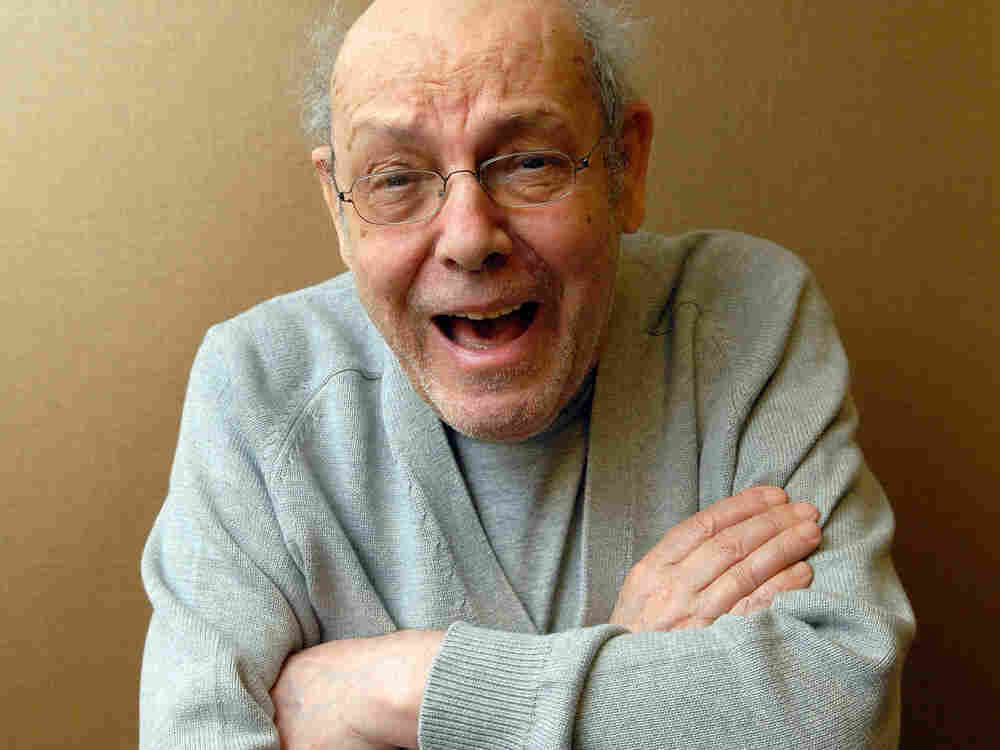 This is FRESH AIR. Dutch pianist, composer and leader of the ICP Orchestra Misha Mengelberg died in Amsterdam last Friday. He was 81. Our jazz critic Kevin Whitehead spent four years in Amsterdam in the 1990s writing about Mengelberg and his circle of musicians and hearing him whenever he could. Kevin has an appreciation.

He was a musical anarchist who taught classical counterpoint and wrote dozens of catchy melodies that rarely sounded like typical jazz tunes.

WHITEHEAD: In the 1960s, Misha was one of the pioneers of European improvised music, a sort of mutation away from American free jazz. But his heroes remain jazz pianists and composers Herbie Nichols, with his pithy melodies and shortcuts through conventional harmony, Thelonious Monk, with his obstinate keyboard attack, and Duke Ellington, who assembled and orchestrated a band of eccentrics.

WHITEHEAD: Mengelberg's ICP Orchestra on Duke Ellington's "Happy-Go-Lucky Local." Saxophonist Steve Lacy, who knew him for decades, once said Misha was the head and shoulders of the scene as far as mind power goes. He had the conception. And he understood Monk as well as any musician I know. But he's so effing ornery, you can't get him to do anything you want to do. Fair enough. Mengelberg himself said, I want to poke sticks into the spokes of all wheels, even his own.

WHITEHEAD: Misha Mengelberg with his ICP Orchestra. That stands for Instant Composers Pool. That mid-sized band, which survives him, took off in the 1980s when Misha and his permanent drummer Han Bennink drafted a bunch of young, gifted and eager players and made them into one of the world's great and most flexible bands. Misha honed their jazz skills by having them play Monk, Nichols and Ellington and schooled them in ways to subvert the material, to undermine his own role as composer and leader.

And then that subversive influence eddied out through umpteen bands his disciples played in in or out of Holland.

WHITEHEAD: Mengelberg recorded with numerous Americans, including Roswell Rudd, George Lewis, Anthony Braxton, Dave Douglas, Gary Peacock and Joey Baron. He helped define Holland's skewed perspective on American music alongside his one-time collaborator bandleader Villiam Broker (ph) and his lifelong friend composer Louis Andriessen. For years, some Dutch jazz people decried Mengelberg as a charlatan. But by the end of his career, he was almost a national hero.

WHITEHEAD: A quick story. In the '70s, Mengelberg's wife Amy had a parrot who loved her and hated him as a romantic rival. This is Misha's version. His work as composer involved singing and whistling to himself, and the parrot started heckling him by imitation, interfering with his process. Not to waste this avian hostility, the pianist recorded a duet with the bird, making it an unwitting collaborator. Years later, Louis Andriessen taught a graduate composition workshop at Yale.

To introduce his students to Dutch musical culture, he played them Misha and the parrot. Misha Mengelberg was the best kind of contrarian, a smart, playful trickster unafraid to poke fun at himself.

GROSS: Wow, that is really remarkable. Dutch pianist, composer and bandleader Misha Mengelberg died last Friday at the age of 81. Jazz critic Kevin Whitehead writes for Point of Departure and TONEAudio and is the author of "Why Jazz?" A list of the recordings in this piece is on our blog at nprfreshair.tumblr.com.

Tomorrow on FRESH AIR, we'll talk about the vision for remaking America that is shared by President Trump's chief strategist Steve Bannon and Attorney General Jeff Sessions and how Sessions' Justice Department can serve as a tool for enacting that vision. My guest will be Emily Bazelon, who wrote about the Bannon-Sessions working relationship for the New York Times Magazine. I hope you'll join us.