Accessibility links
FBI Director James Comey: 'You're Stuck With Me' James Comey told attendees at a cyber conference in Boston that he does not intend to leave before the end of his 10-year term. Comey has faced critics on both sides of the political spectrum. 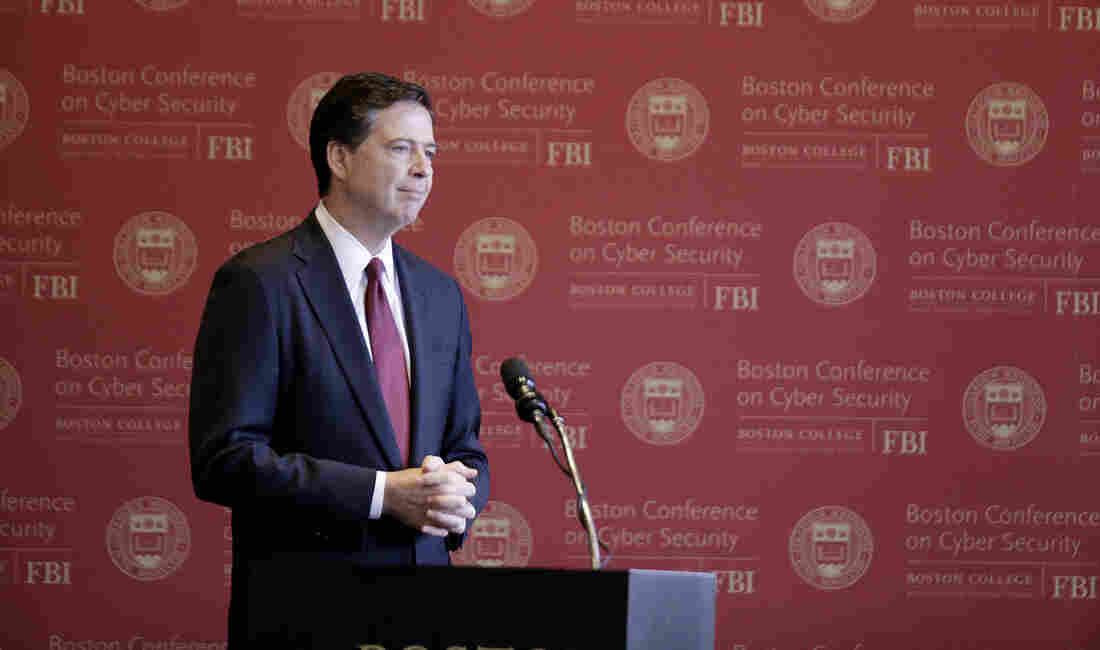 FBI Director James Comey attends the Boston Conference of Cyber Security at Boston College on Wednesday, where he said he has no plans to leave his post before the end of his term. Stephan Savoia/AP hide caption 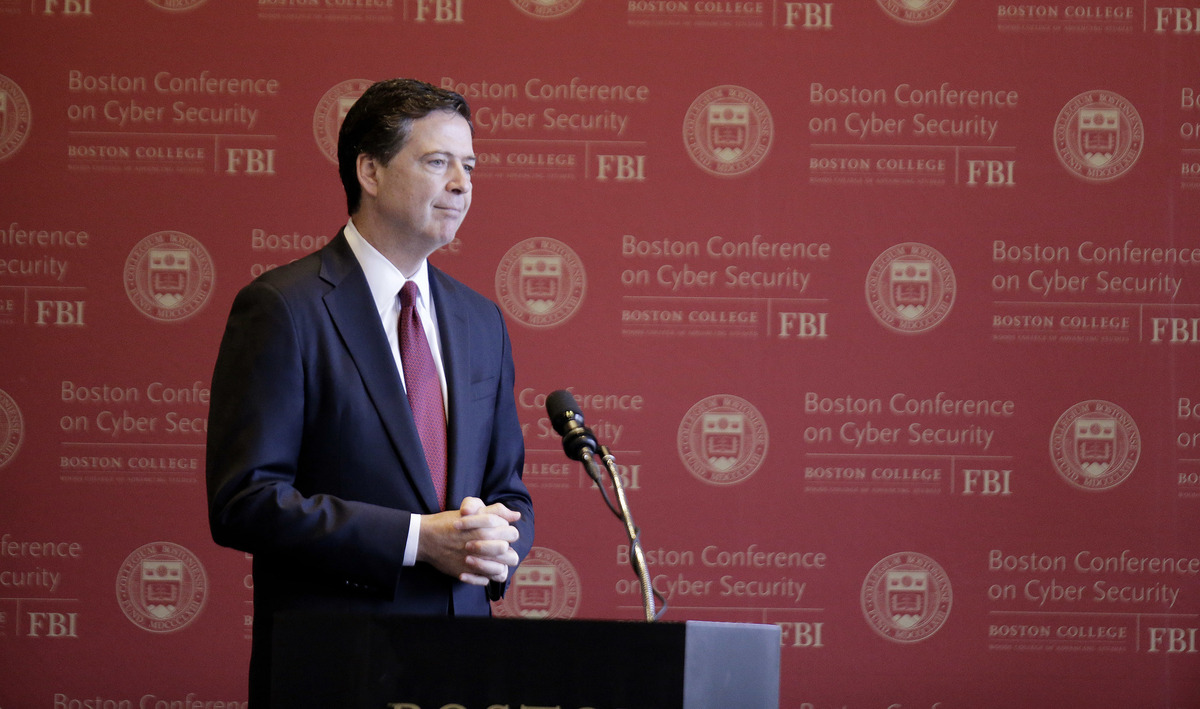 FBI Director James Comey attends the Boston Conference of Cyber Security at Boston College on Wednesday, where he said he has no plans to leave his post before the end of his term.

The FBI director has no plans to leave the post before the end of his 10-year term.

"You're stuck with me for about 6 1/2 years," James Comey said at a cyber conference in Boston on Wednesday, urging conference organizers to invite him to speak again.

In recent days, NPR and other news outlets have reported Comey pressed the Justice Department without success to issue a public denial of President Trump's tweet that the FBI and President Barack Obama wiretapped his phones at Trump Tower.

Comey, who served as deputy U.S. attorney general under President George W. Bush and who was named FBI director by Obama, has demonstrated a nearly unique ability to draw critics from both ends of the political spectrum.

Hillary Clinton has blamed his decision to send a letter about her email scandal to Congress 11 days before the 2016 presidential election as one key reason for her loss at the polls.

FBI Affirms July Decision Not To Charge Clinton, After Review Of Weiner Emails

Clinton aides have held the grudge. Early Wednesday, Clinton Communications Director Jennifer Palmieri called him a "particularly infuriating character" and accused him of "protecting his own reputation" instead of following the rules.

Democratic and Republican veterans of the Justice Department blasted Comey for overriding long-standing norms about not taking any law enforcement action that could tip the scales before an election.

For his part, Trump has alternately praised and derided the FBI and its director. Early in his tenure, Trump greeted Comey with a handshake and partial hug, proclaiming the law enforcement officer had "become more famous than me."

Just weeks later, Trump tweeted his frustration with the FBI for a series of national security leaks. "The FBI is totally unable to stop the national security 'leakers' that have permeated our government for a long time," Trump tweeted. "They can't even...... find the leakers within the FBI itself. Classified information is being given to media that could have a devastating effect on U.S."