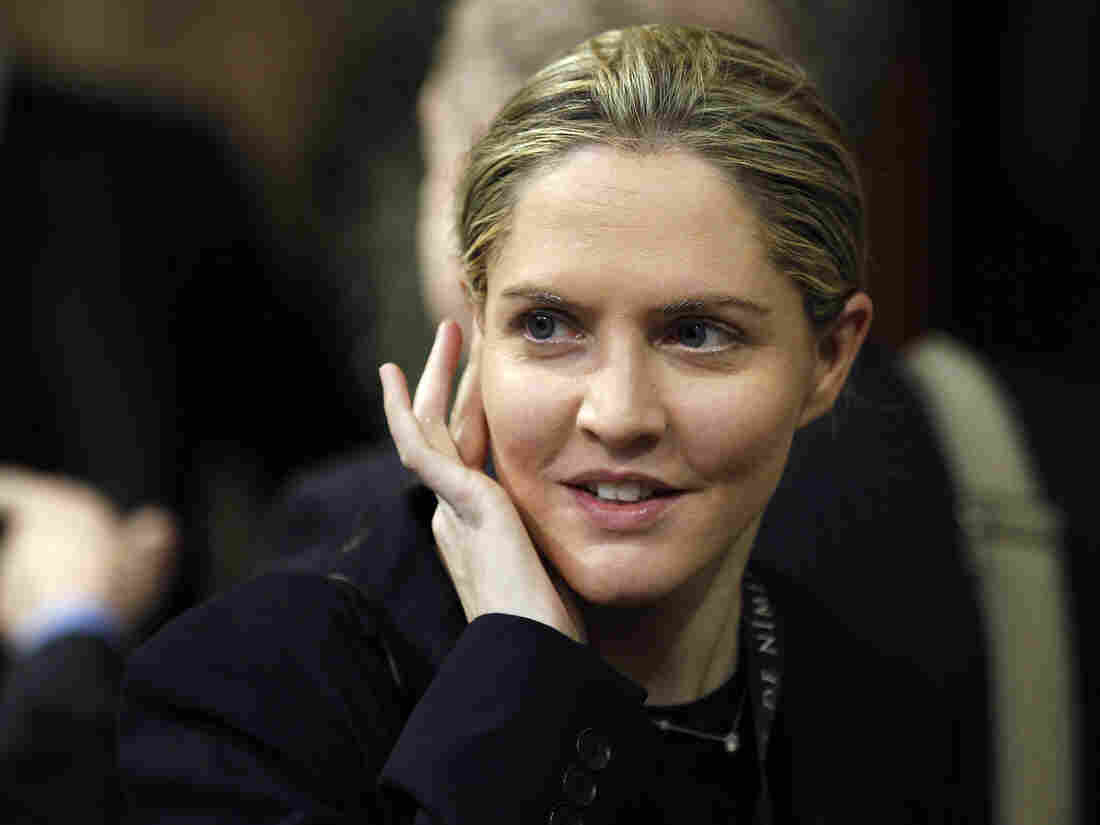 Louise Mensch, founder of the political site Heat Street and a former member of Parliament, wrote about the FBI's investigation into activities by Trump campaign figures with ties to Russia. Stefan Wemuth/WPA Pool/Getty Images hide caption 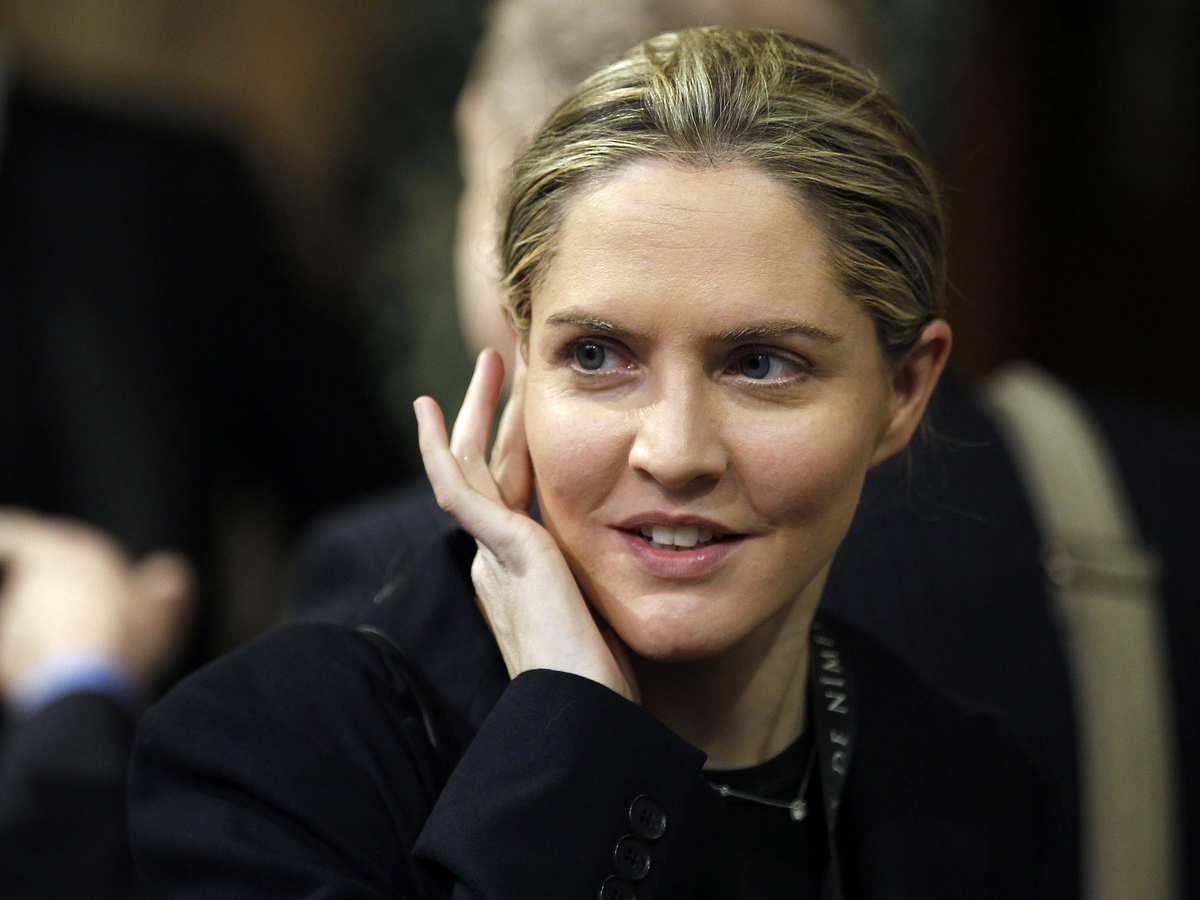 Louise Mensch, founder of the political site Heat Street and a former member of Parliament, wrote about the FBI's investigation into activities by Trump campaign figures with ties to Russia.

President Trump's repeated and unsubstantiated claims over the weekend that then-President Barack Obama had him wiretapped at Trump Tower at the height of last year's election season set off alarms in the corridors of power and also a constant refrain from lawmakers, former spymasters and journalists:

Aides soon pointed to news reports for support, including a most unlikely source: an article by a former British politician who dryly notes that her reporting doesn't back up Trump's allegations.

That would be Louise Mensch, founder of the center-right libertarian political site Heat Street. Her post back in November went largely unmentioned by major American news outlets. But since the White House sent out links to her story, among others, to reporters for PolitiFact, The Washington Post and other outlets, Heat Street's Mensch has been in the hot seat.

"My phone's been blowing up and my emails have been blowing up, and my direct messages on Twitter have been blowing up," Mensch tells NPR. "I'm just not answering any of them, because who knows what's in them. But I did wonder why the White House was wasting an entire day on trying to make it seem like I — or even The New York Times — had reported a wiretap on Trump Tower."

Trump's accusatory tweets had packed in a series of separate claims with these two being the most explosive: that a wiretap was ordered and that Obama had been personally involved in ordering it. Mensch did not cite Obama's involvement or any wiretap.

Back in November, the evening before the election, Mensch wrote that the FBI had sought and was granted a secret warrant, by a judge who oversees national security proceedings, to examine possible financial and banking offenses involving figures in the Trump campaign with ties to Russia — with no mention of wiretaps. Mensch also reported that a broader request by the FBI had been rejected back in June. It was an orphan report for a while.

"I was the only person to report this for some time," Mensch says. "Two months after I published my story, two other stories appeared in quick succession."

The BBC and The Guardian in January confirmed much of Mensch's report and built on it.

New York Times public editor Liz Spayd, a kind of in-house critic, wrote skeptically about coverage from The Times before the election on possible links between Trump's camps and the Russians. "I believe a strong case can be made that The Times was too timid in its decisions not to publish the material it had," Spayd wrote in January. "But The Times knew several critical facts: the F.B.I. had a sophisticated investigation underway on Trump's organization, possibly including FISA warrants ... [which are] an indication of probable cause."

"She's made some interesting assertions. I have no idea whether they're true or not. I don't have my own independent sources," Spayd says. "But it does seem that she is out beyond what The New York Times and most other media has reported."

Dean Baquet, the Times' executive editor, took issue with Spayd's finding, telling her: "We wrote everything we knew — and we wrote a lot. Anybody that thinks we sat on stuff is outrageous. It's just false."

Mensch comes to journalism through a circuitous and unusual path. She is a former best-selling romance novelist who won election to Parliament in the Conservative Party (and, for what it's worth, who happens to be married to the manager of such acts as Metallica and the Red Hot Chili Peppers).

She made a splash in both the U.K. and the U.S. when she challenged News Corp. Chairman Rupert Murdoch during a parliamentary inquiry into multiple scandals at his British tabloids. She confronted Murdoch, calling him the captain of his ship and then asking if he'd consider resigning. At the end of the inquiry, however, she rejected the criticism adopted by Parliament of Murdoch and his son James; when she left Parliament, citing the time she was pulled away from her children, she was hired by the Murdoch British tabloid The Sun as a columnist. And then after moving to the U.S. she founded Heat Street for the Murdochs' News Corp. She says before the Trump controversy, she had intended to move on from Heat Street and politics to develop two more digital projects for News Corp.

As a lawmaker and as a columnist, Mensch frequently cited national security imperatives. She says that aided her reporting. So did her political beliefs, Mensch says.

Mensch won't say on which side of the Atlantic her sources can be found. She does report, however, that American authorities relied on friendly foreign agencies. And it may not be a coincidence that only British reporters have confirmed the story.

"There were questions raised in recent days about how she would have any sources in this area," the New York Times' Spayd said. "I think she makes a somewhat reasonable argument that she has been a strong backer of U.S. intelligence — U.K. intelligence — for a long period of time. And that is a clear way to gain sources. ... It doesn't strike me as wholly implausible."

Mensch had been highly critical of The Guardian for its extensive reporting on national security based on the vast cache of documents former National Security Agency contractor Edward Snowden released to journalist Glenn Greenwald (as well as to The Washington Post). She now credits The Guardian for taking her reporting seriously before many others did, despite her earlier criticism.

There are two ironies in the White House's efforts to cite Mensch's reporting to bolster the boss's case.

First, as Mensch says, her report doesn't say what they claim. Second, while Rupert Murdoch warmed to Trump and strongly supports him, Mensch openly opposes him. She called herself a "Never Trumper" and earlier declared herself a Republican for Hillary Clinton.

Indeed, Trump's aides are relying on the reporting of a writer who thinks the man in the Oval Office should be impeached.