Accessibility links
'Raw' Is Not Well Done French writer-director Julia Ducournau's debut feature, about a vegetarian veterinary student who develops a taste for viscera, "is as tiresome as it is scandalous," says critic Mark Jenkins.

'Raw' Is Not Well Done

'Raw' Is Not Well Done 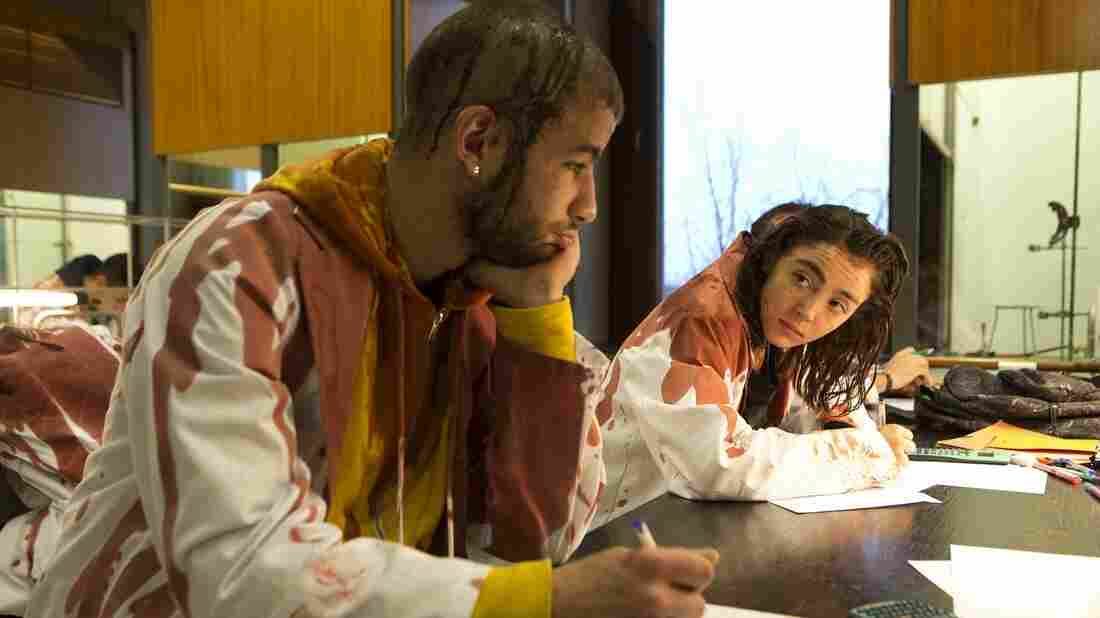 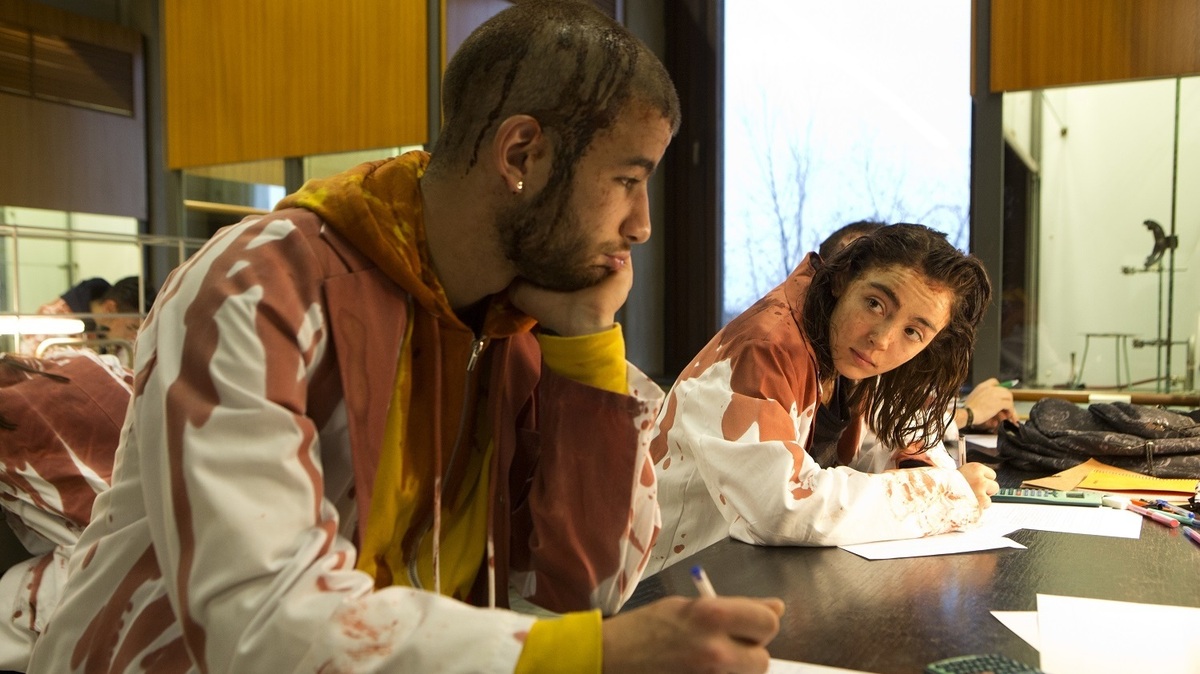 The protagonist of Raw is a virgin and a vegetarian, and intent on becoming a veterinarian. Her path to that calling, however, leads through a place that's literally awash in blood.

That site is not an abbatoir or a torture chamber, but the world's most disturbing veterinary college, a prison-like institution somewhere in Francophone Europe. (The movie's principal location is an actual vet school in Belgium.) Rather than a spot where warm-hearted kids learn to care for house pets, it's a training facility for industrial agriculture, packed with cows, horses, and cruelty.

(On the film-festival circuit, Raw was generally well received, but also caused fainting, vomiting, and fleeing.)

Why didn't anyone warn this sensitive, intelligent celibate? French writer-director Julia Ducournau is adept at sensory overload, black comedy, and gross-out assault, but much less attuned to logic. Justine's parents both attended the same school, and her older sister Alexia (Ella Rumpf) is there now. Yet the mom who in the opening sequence passionately defends Justine from a meatball in her mashed potatoes does nothing to prepare her daughter for Hell Week at this inferno of a college.

Abetting the frenzy is a lack of adult supervision. Justine encounters a hostile professor and a somewhat more sympathetic doctor, but that's it for grownups until her parents reappear for the twist ending. In this Lord of the Flies environment, Justine has no recourse when she's assigned a male roommate. "I asked for a girl," she tells Adrien (Rabah Nait Oufella); he reassures her that he's gay.

Adrien actually becomes Justine's pal, a more reliable ally than envious Alexia. Sibling rivalry turns as fierce as everything else in Justine's overwhelming new life. Marillier and Rumpf appear utterly committed to their roles, and project a violently ambivalent rapport.

Blood represents sexual awakening as well as carnivorous hunger, and of course there's a conversation about AIDS. Animal instincts take over, and the results are a crimson mess. There are no safe spaces on this campus — or on the nearby roads, which are experiencing a mysterious increase in fatal car crashes.

Making her feature debut, Ducournau goes for gasps and giggles, as well as sensory dislocation. Jim Williams' score, generally droning and sometimes deafening, recalls the "heavy organ" era, when massively amplified Bach was paired with abstract light shows. The vibe is psychedelic, although the principal on-screen intoxicant is alcohol. Julia and Alexia's other drug of choice is an antibiotic ointment to combat the rashes that come with their affliction.

Raw is transgressive in that self-conscious, even sanctimonious Gallic way. It's in the queasy tradition of arthouse bloodbaths such as Claire Denis' Trouble Every Day and Gaspar Noe's I Stand Alone. At least one critic has suggested that Justine was named for the title character of the novella by the Marquis de Sade, France's patron saint of perversion.

One affinity is that, like Sade's book, Ducournau's movie is as tiresome as it is scandalous. Rather than tell a story, Raw merely administers a series of shocks. As sheer spectacle, it's gutsy. But narratively and thematically, it's undercooked.