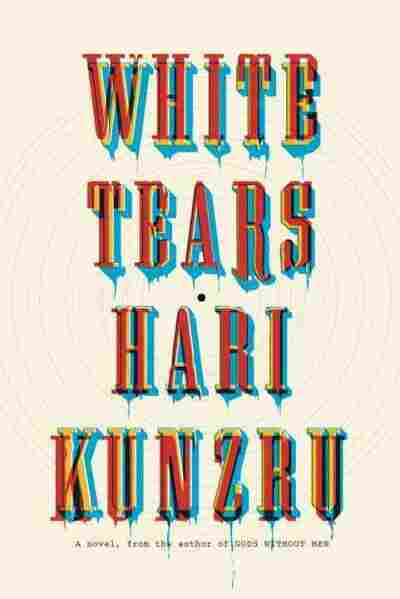 The story of American popular music plays out the same way so much of American culture does: black people make innovations, and white people take the credit. Jazz, blues, soul, rock and roll, disco and hip-hop all came from the minds of African-Americans. None of them existed for long before being co-opted by whites who realized they could make big money by watering down the music and selling it to a mass audience.

The appropriation of blues — music born out of the pain and suffering of African-Americans forced to live in a racist society — is a particularly bitter pill to swallow. It's also the focus of Hari Kunzru's stunning, audacious new thriller White Tears, an urgent novel that's as challenging as it is terrifying.

The book centers on two young, white friends living in New York. They don't have much in common: Carter is a privileged rich kid, the scion of a wealthy family; Seth is a quiet young man from a modest background. They meet in college and bond over their one similarity: an almost obsessive love of music.

Carter turns Seth on to African-American music, and soon it's all either one of them listens to. They share a fondness for albums recorded by Jamaican producer Lee "Scratch" Perry, collecting trivia about session players and recording dates: "We worshipped music like Perry's but we knew we didn't own it, a fact we tried to ignore as far as possible, masking our disabling caucasity with a sort of professorial knowledge..."

After college, the two open a recording studio of their own, bankrolled by Carter's generous allowance. They specialize in making music that sounds old and authentic, just like the vinyl they worship.

Seth spends his downtime walking around the city, recording the sounds around him, seeking to "store the world and play it back just as I'd found it, without change or addition."

One day Seth is listening to his recordings, and is shocked to hear an old blues song he doesn't remember hearing during his walk. It's ghostly and beautiful, and when he plays it for Carter, his friend is blown away. Carter alters the audio and posts it online, claiming it's an old record by a blues singer named Charlie Shaw.

They're contacted shortly thereafter by a record collector who swears that Charlie Shaw was a real musician, refusing to believe that the friends made up the name of the bluesman. When one of the friends is pulled out of his car and brutally beaten, the other quickly realizes it's related, somehow, to the mysterious song: "Something had attached itself to [us], some tendril of the past, and if we did not detach it, we would be drawn back into death and silence."

White Tears is part thriller, part literary horror novel, and completely impossible to put down. It's a tight book: Kunzru keeps building suspense until the very last page, and he offers the reader no breaks from the terror. His writing is propulsive, clear and bright, whether he's describing an old blues song or a shocking act of violence.

And while it's a timely novel about a topic that's frequently discussed in America, Kunzru is never pedantic or preachy. A plot like the one in White Tears could easily lead to a heavy-handed lecture disguised as a work of fiction, but Kunzru lets the story go where it needs to; he doesn't polemicize because he doesn't need to.

White Tears is as much about power and the lack thereof as it is about race and art. Kunzru takes on different characters' psyches — allowing him to deftly describe how it feels to be on the edges of society, at the mercy of people who would hurt you, steal from you and deny it ever happened: "When you are powerless, something can happen to you and afterwards it has not happened. For you, it happened, but somehow they remember it differently, or don't remember it at all. You can tell them, but it slips their minds. When you are powerless, everything you do seems to be in vain."

This isn't an easy book to read, but it might well be a necessary one.

Kunzru asks us to consider American culture from the perspective of the people who are both its innovators and its victims. It will shock you, horrify you, unsettle you, and that's exactly the point. It's a novel that's as brave as it is brutal, and it lets nothing and nobody off the hook. As Kunzru writes, "If horror believes in you, there's nothing to be done."