Accessibility links
Book Review: 'Celine,' By Peter Heller Peter Heller's detective novel is a romp — complete with a taking-names heroine, action-packed adventures, and a sense that you've known these characters for years.

'Celine' Is An Ace Detective With A Crack Shot, A Quick Wit And A Good Story

'Celine' Is An Ace Detective With A Crack Shot, A Quick Wit And A Good Story 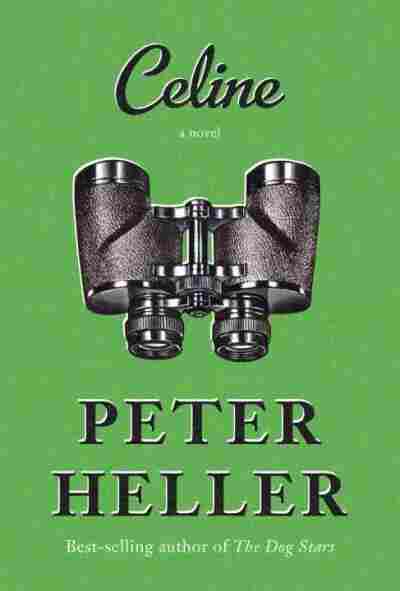 "They summered on Nantucket and Fishers and Islesboro, Maine; their sons and daughters attended Ivy League colleges and had careers with Big Banks and Big Oil and the International Monetary Fund and the Federal Reserve; and the most daring and radical of their children became artists and filmmakers or worked for the Nature Conservancy, and these were everyone's favorite cousins and nieces and were endowed with a certain mystical reverence — they were not so much the black sheep of the family as special children who were indulged like the shamans of other cultures who only walk backward. Celine was one of these."

Celine, Celine, Celine... Celine the genius, the princess errant, the "Prada P.I." (though she does not wear Prada) who took to detective work because nothing else quite so suited her quick and encompassing wit. The child of old money, of stiff-upper-lip East Coast elites, she turned a youthful mistake and an elephant's weight in non-denominational guilt into a job as a private investigator, focusing primarily on the reuniting of adopted children with their birth parents; on the finding of lost fathers and mothers for grown boys and girls still broken by the loss. And now, at 68, she is presented with one last case (which will never really be the last case) — trying to find the missing father of a woman named Gabriela. He might have been eaten by a bear 20 years ago just outside of Yellowstone. Or maybe just up and vanished.

Celine, the novel, by Peter Heller (of Dog Stars and The Painter) is a difficult thing to get your head around. Not the subject matter (the process of finding lost people, the complications that such things can cause) because that's rote, if handled here with an odd and engaging sort of flair. And not the subject herself, because Celine (the character) comes from a long and solid tradition of aristocratic detectives; of moneyed and over-smart and ridiculously capable persons who give up society life for what thrills might be gotten from rolling around in the gutters with the rest of us.

No, what's difficult is swallowing the whole thing in full: believing that Celine not only became a detective, but became so good at it (with a clearance rate on her cases of 96 percent) that she had to turn down offers from the FBI. That, decades later, she is still working cases, and remains (among other things), a competent high-speed driver, crack shot with a pistol, and an ace investigator, too, with contacts that range from museum researchers to ambassadors, cops and dukes, all of whom owe her a favor or two.

Celine: God's own private investigator. Virtually a gumshoe superhero, save for her emphysema, and the requisite Tragic Past that Heller handles with enviable wit and style, bouncing back and forth between post-war childhoods of wealth and privilege and today's Wyoming in all its glorious natural beauty.

But (deep breath), I'm not sure if any of this matters. First because Heller is a gifted writer uniquely capable (thanks to his time spent working for Outside magazine and National Geographic Adventure) of describing both the play of Colorado aspen leaves in the last week of September and the strange melancholy that can trigger in the heart of someone who has already seen more autumns than are left ahead of them. And second because I'm not sure how much weight of reality ought to be given to any detective story let alone one that is obviously played partly out of love for the whole "unexpected detective" trope.

And more than that, if you can suspend your disbelief — if you can just accept the fact that Celine can quote from Hemmingway and Neruda and pull a neat bootlegger's reverse in her VW bus — then you should understand that Celine is also such a joy to be with. To spend 300 pages with her is like stumbling across the sweetest, most dazzling grandma EVER at the corner bar, and then finding out three hours later that she was also a shooter for Mickey Cohen's mob. Her well of surprises is bottomless.

The actual investigation into the disappearance of Gabriela's father proceeds slowly, with many stops for breakfast and coffee along the way. Convenient interruptions are used too often to maintain suspense in the otherwise skillful and almost dreamy side narratives and running flashbacks, but Heller also pulls an excellent trick here in making vague, veiled or stream-of-consciousness references to other, older cases worked by Celine and her husband/partner Pete (Just like that time we discovered the headmistress's jewels, Pete!) which serve to make Celine feel like the 11th novel in a 30-book series. The one everyone talks about because it's the one where you finally found out about the mysterious twin or what happened to Miss Pettigrew's weimaraner.

It is a romp, is what I'm saying. Beautifully written, fun if you don't look too close, and touched with just enough heartbreak to make it feel heavier than it actually is. It's a book for anyone who ever wondered what happened to Nancy Drew after she grew up, or for anyone who just wants to hang back, see some beautiful scenery, and read about what happens when a senior citizen gets into a shooting match with a SEAL team sniper.